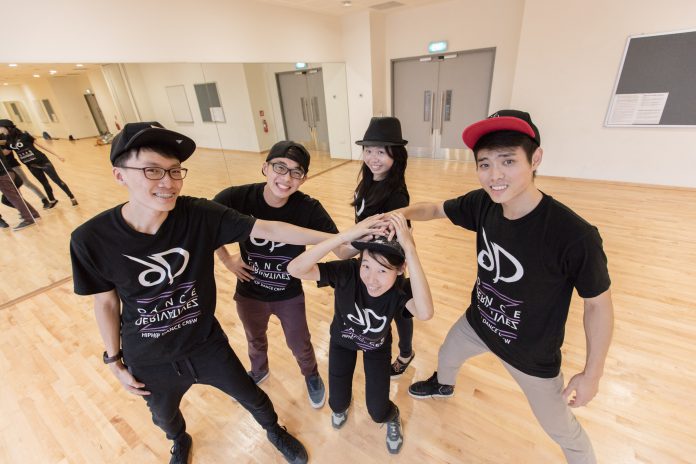 In addition to the four academic subject pillars, SUTD places special emphasis on co-curricular activities as an integral part of education. Known as the fifth ‘pillar’, or more affectionately as Fifth Row, students have the opportunity to choose from over 90 student groups on campus ranging from the arts, sports and special interests.

Currently in their fifth year running, the 40-odd member hip-hop Fifth Row club Dance DerivativeZ (DDz) is one group that has earned a reputation for embodying compassion and rigour in learning. The club actually started out as an informal crew of dancers put together by the Marketing team for the school’s Groundbreaking ceremony. Norakmal Hakim (Pioneer Alumni, Engineering Systems and Design (ESD)), one of the dancers on board, eventually became the founder of DDz, inculcating philosophies and values that have successfully been handed down since their first performance at the SUTD Open House showcase in 2012.

“Dance DerivativeZ (DDz) was founded with the conviction that it doesn’t matter if a person doesn’t have any dance background. As long as a dancer is passionate and willing to commit, given time, patience and a supportive environment, it is our belief that anyone can excel at dance.”
– Ong Cheng Yuen, Alumni (Class of 2016), ex-dance captain and ex-vice president

Cheng Yuen, Alumni (Class of 2016) and former ex-co member of DDz, shares how many of the club’s earliest members understood how it felt to be excluded from dance in previous schools, “Most of us wanted to learn dance in Junior College, but clubs in JC tend to take in only people with experience.” Holding true to SUTD’s Fifth Row philosophy, DDz consistently welcomes any student to their family of dancers so that no one is denied the opportunity to pursue an interest beyond academic work. 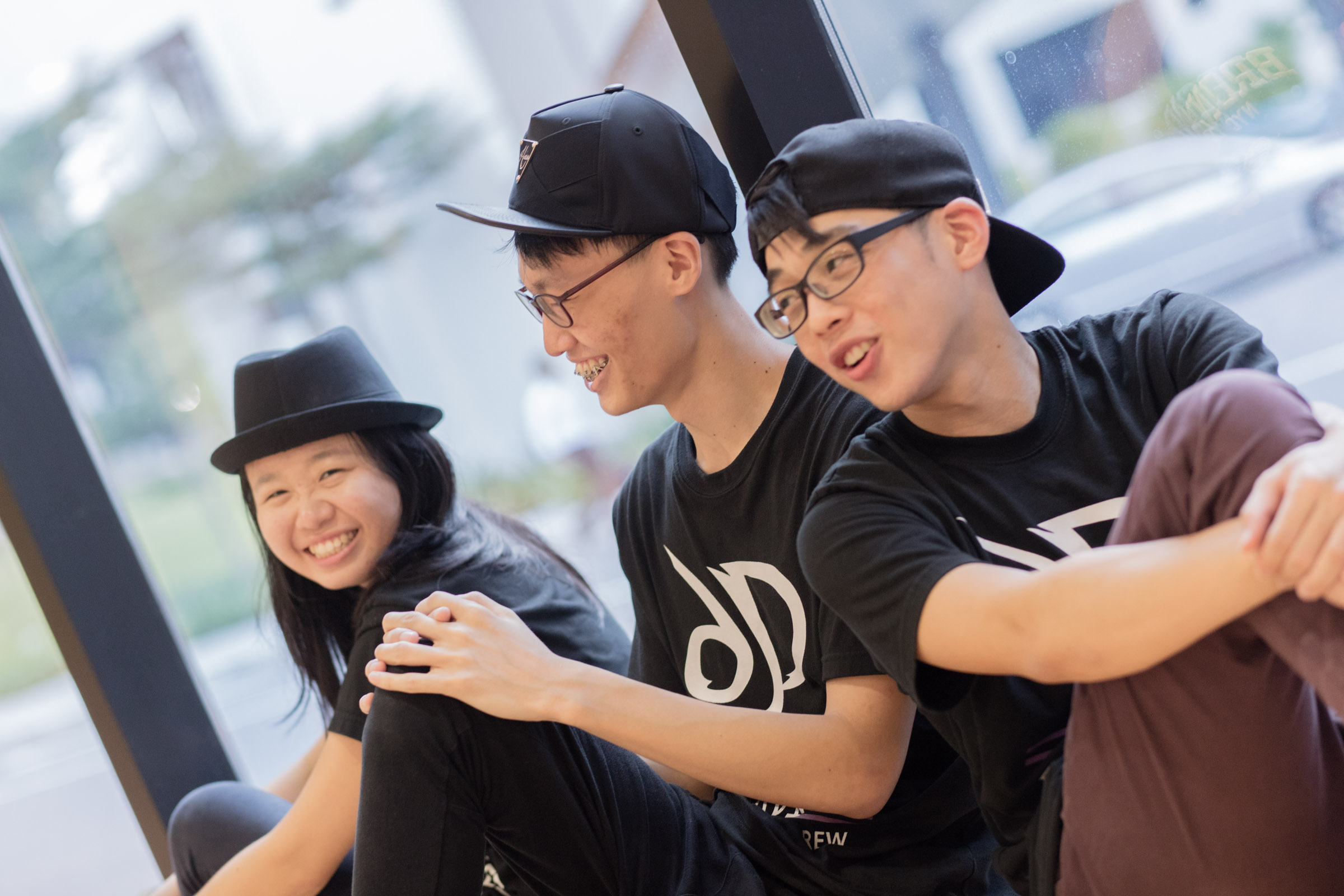 One of the most defining and endearing qualities about DDz is its ‘No Membership Fee’ policy which has been in place ever since the club’s inception. Howard Lok, Alumni (Class of 2016) and ex-welfare officer, believes that this very policy is what crafts the family spirit of DDz. He agrees with Cheng Yuen that having no fees is a way to attract people to the club, and that having a fee would actually deter people, especially those without experience from joining. In addition, the club does not want a situation where people feel forced to attend sessions just because they paid. In place of members’ fees, DDz organises fund-raising activities such as car washes and newspaper collections to foot the cost of hiring an instructor.

“Everyone in SUTD is busy and everyone wants to try everything. DDz is similarly ambitious and we want to push our name out and try things out of our comfort zones, such as competitions and commissioned performances.”
– Tiffany Koh, Alumni (Class of 2016), ex-president

Tiffany, Alumni (Class of 2016) and the ex-president of DDz, sees very similar qualities in both SUTD and the club. “Both have a very strong sharing culture,” she enthuses, explaining how individual members of the club are always keen to share whatever they learn on their own outside of DDz with everyone else. Individuals who do have dance experience also openly share what they already know with members who are newer to the art form. 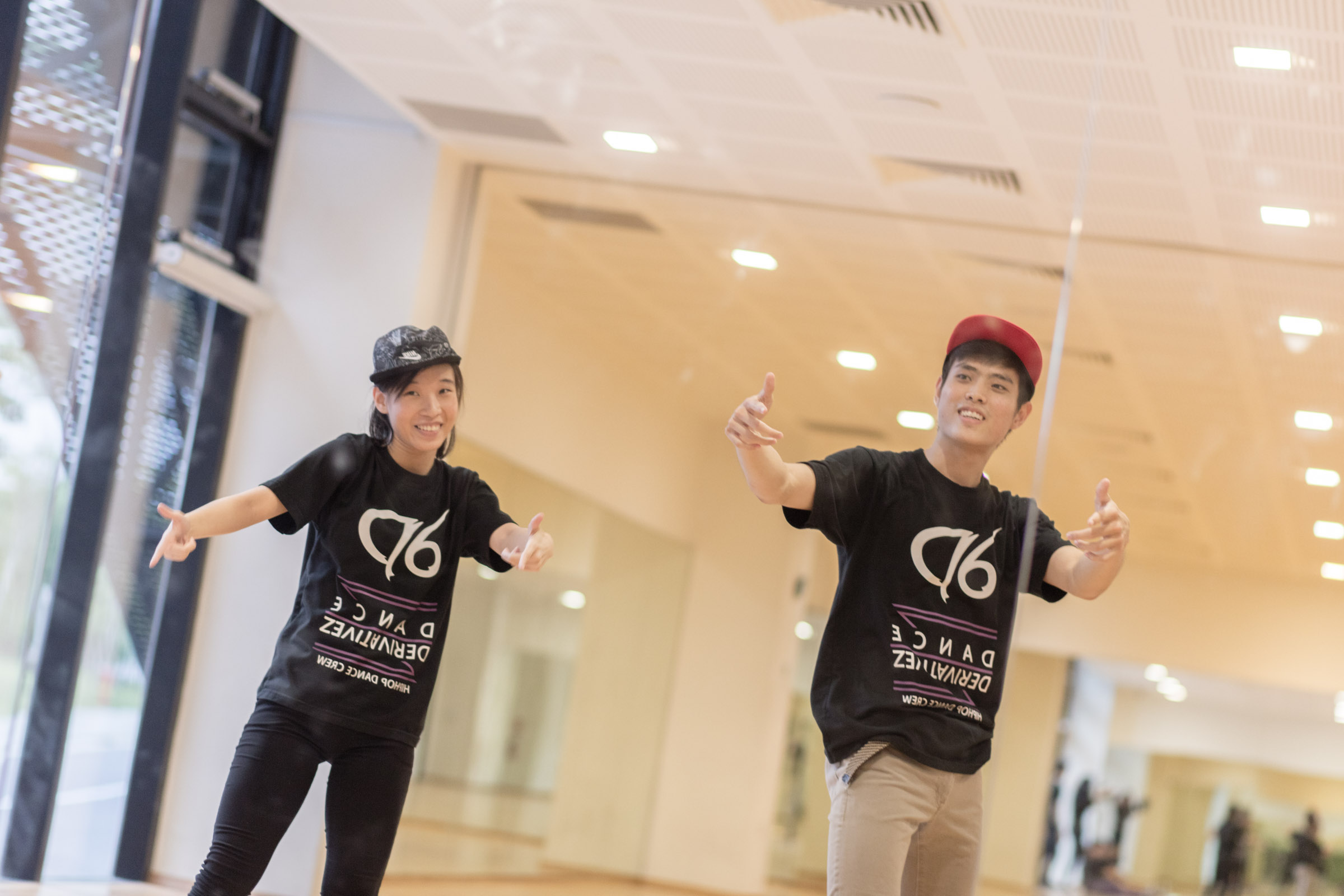 Some of the club’s most memorable performances include The Music Box, held recently in April this year. It was the first time they had to choreograph their own pieces, which added to the tediousness of organising the event. Loh Wei Quan, Information Systems Technology and Design (ISTD) Sophomore and current member of DDz, recalls how he struggled to balance school work and dance training. Multiple projects for regular schoolwork left the club with little time for dance practice, which resulted in many overnight training sessions. “Everyone looked tired but we kept going to improve the piece,” he says, believing that everyone learnt immensely from overcoming these struggles. Au Cheuk Yee, Alumni (Class of 2016) and ex-logistics officer of the club, remembers similar struggles for Prem1ere in 2014. “We had to sew our own costumes which took a lot of time,” she said, adding that training often ended at 4 a.m., just mere hours before classes started at 8 a.m.

“DDz is an avenue for SUTD students to explore an interest that they might never have thought of doing before … By upholding the unique SUTD culture, DDz further reinforces the SUTD culture of being different and giving students the support they need in pursuing their passion even if it is outside of academics.” – Cheng Yuen

Taking obstacles in their stride has certainly paid off. Clinching second runner-up in last year’s Marina Regatta dance competition, DDz is determined to do bigger and better things for themselves as well as SUTD. “We fly both the DDz and SUTD flag,” says Cheng Yuen. “When we participate in external competitions or performances, we want others to know that there is a club in SUTD that does what we do.” 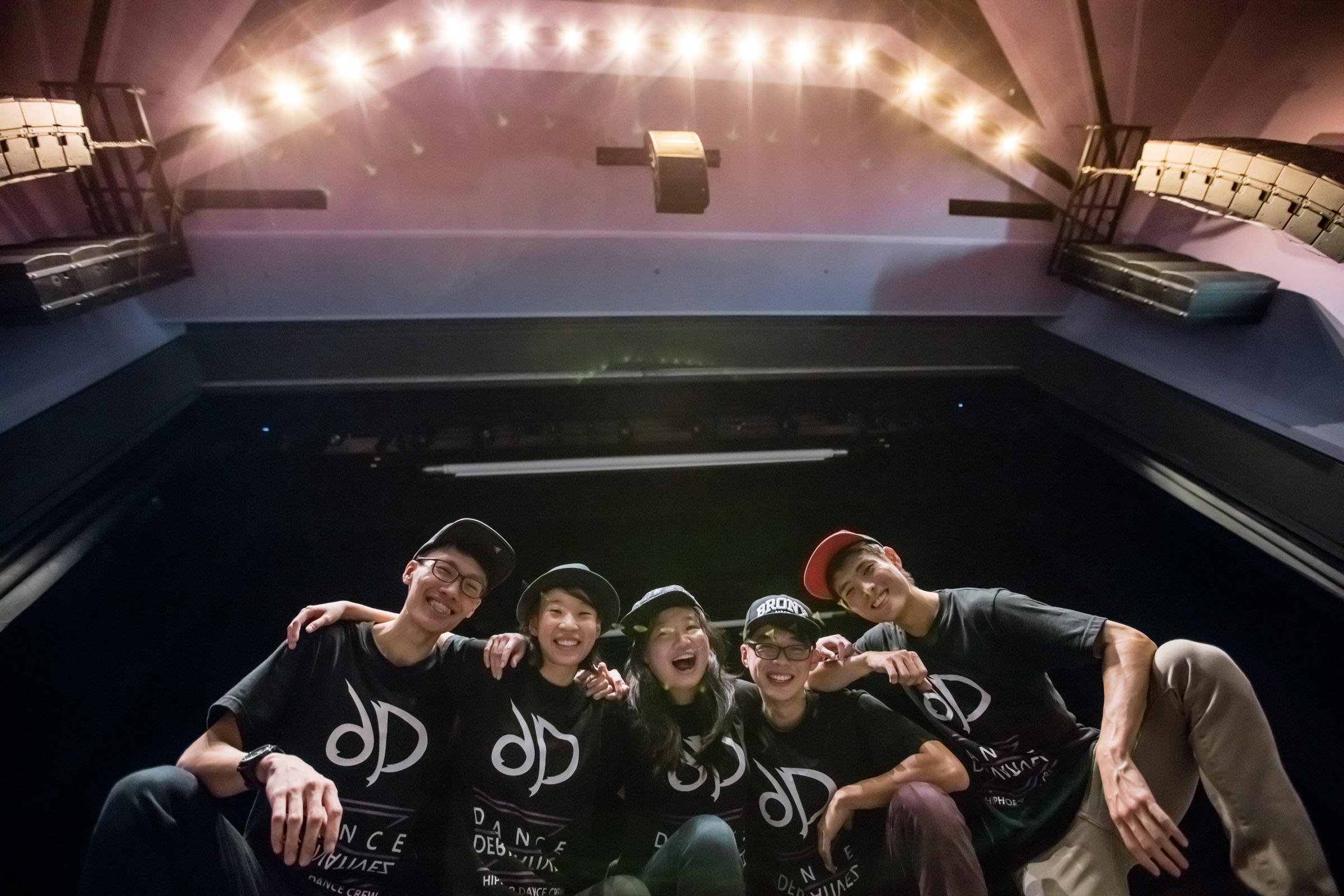 Noting the new direction for future generations of DDz leaders, Cheng Yuen emphasises that it is the duty of seniors to never compromise the club’s strong family values, and to make sure these traditions of inclusivity and rigour continue to sustain the club in years to come. Be sure to keep a lookout for these hip-hop groovers in a performance venue near you!