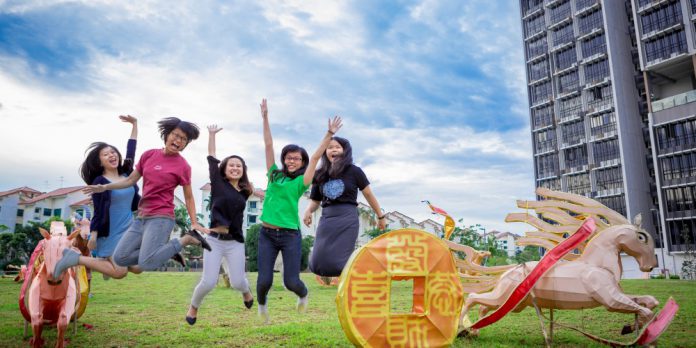 Chinese New Year is a time of celebration, bonding and merrymaking. In Singapore, a big part of this celebration is the decorations that pop up all around our island— from Chinatown to Orchard Road, from the city to the suburbs. Every year since 2012, our students have worked closely with Singapore Tourism Board to conceptualise and design a unique piece of our landscape for this festive season.

Every year brings a new, different perspective and challenge for the students. This runs across all aspects of this project— from conceptualisation to production, managing the team and working closely with other organisations. 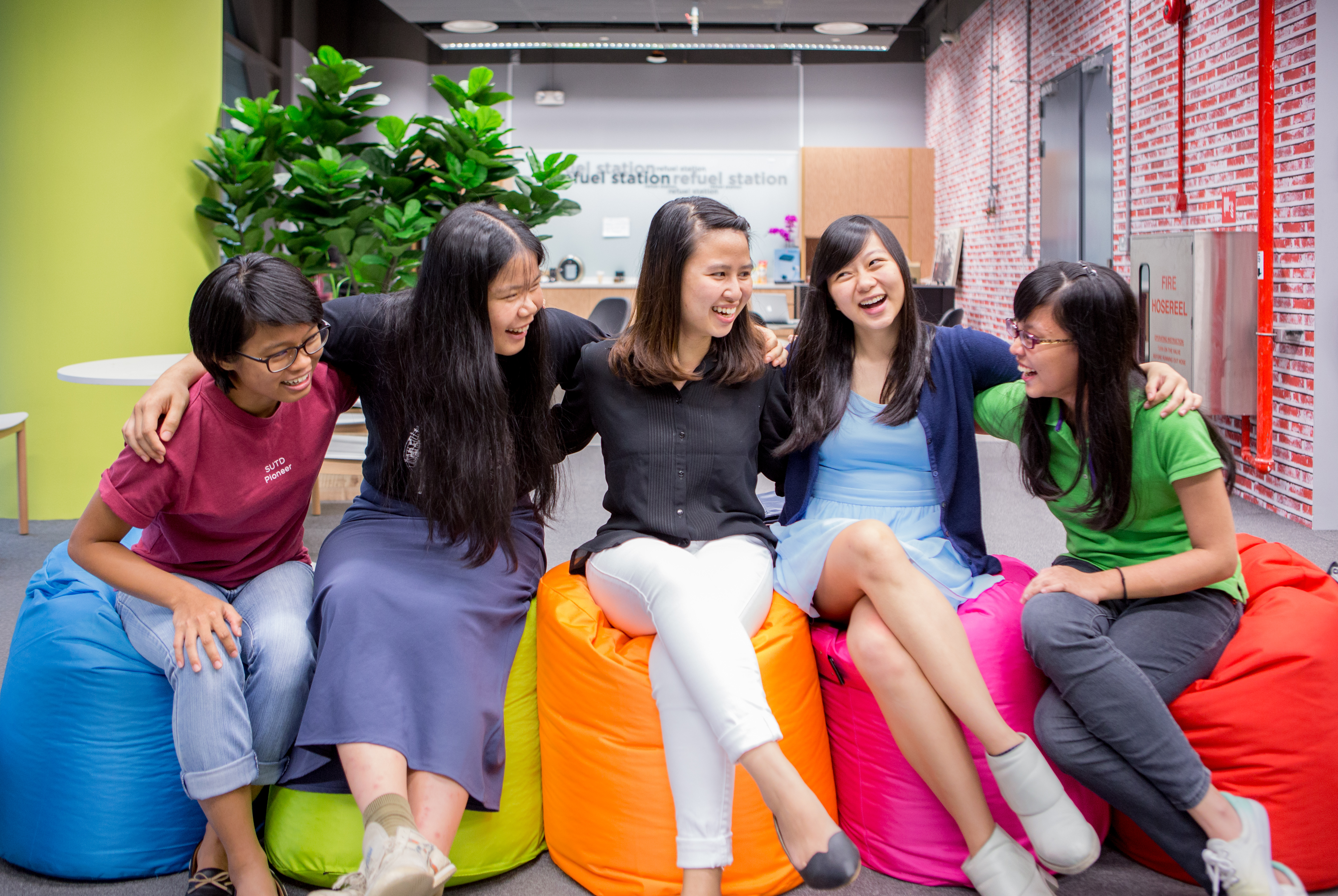 For starters, there is a new zodiac animal in town. This means gaining a deeper, better understanding of how the audience, the people of Singapore, perceive and react to a particular zodiac animal.

One of the best ways to do that would be talk to your audience. Felicia Lim (Graduate, Architecture and Sustainable Design (ASD)), who was on the team in 2012, the year of the Dragon, shared that the team went down and interviewed people in Chinatown. She shared that “we wanted to find out and understand what were their perceptions and expectations of this festival. We then incorporated as much of that into the final design.” 2012 being the year of the Water Dragon, the team conceptualised and designed a 50-metre-long dragon, weaving through the centre divider between Eu Tong Sen Street and New Bridge Road. This was previously an open canal, which made the final design very representative and meaningful.

Another critical step of the conceptualisation phase is to consider and design with the cultural and environmental context in mind. Elizabeth Seto (Graduate, Engineering Product Development (EPD)) and Millicent Trieu (Graduate, ASD) were on the team in 2013, the year of the snake, and shared some of the cultural challenges they had faced. Traditionally, the snake has some negative connotations and is not an animal that many people warm up to. With that in mind, the team decided to depict the snake in an abstract form, using 88 box lanterns that had cute zodiac animals and well wishes drawn on them.

At other times, the team takes a different tack to achieve the same goal. Jezamine Chua (Senior, ASD) shared more about her experience in 2014, the year of the horse. The team was exploring ways to express the strength, dynamism and grace of a horse, captured in motion. In the end, they had to take into consideration concerns of the general public, and had to steer away from over-abstraction of the horse. The final design involved a fluid, energetic continuity of galloping horses, interwoven with ribbons.

“Be daring. Propose what you think will impress others.” — Millicent 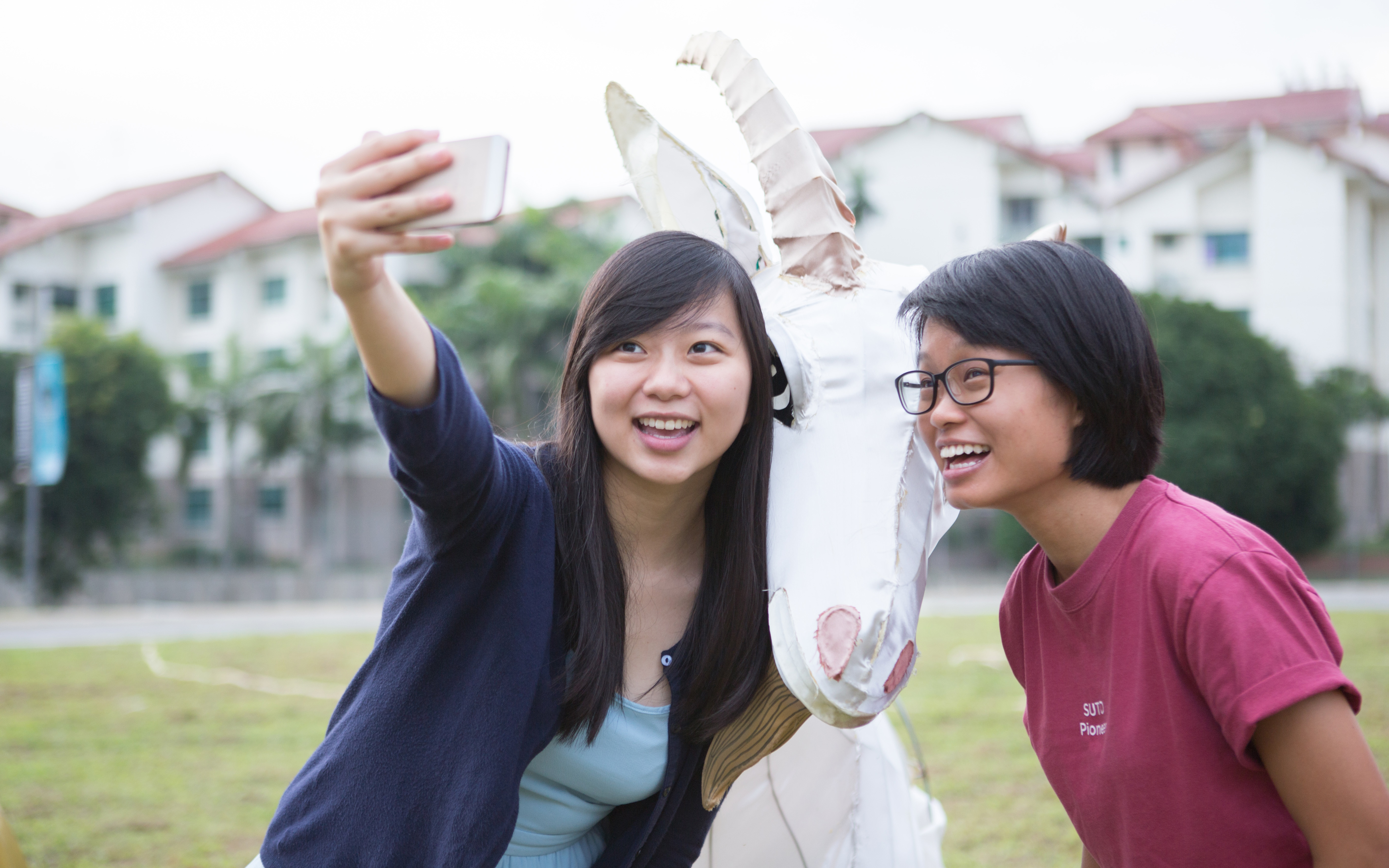 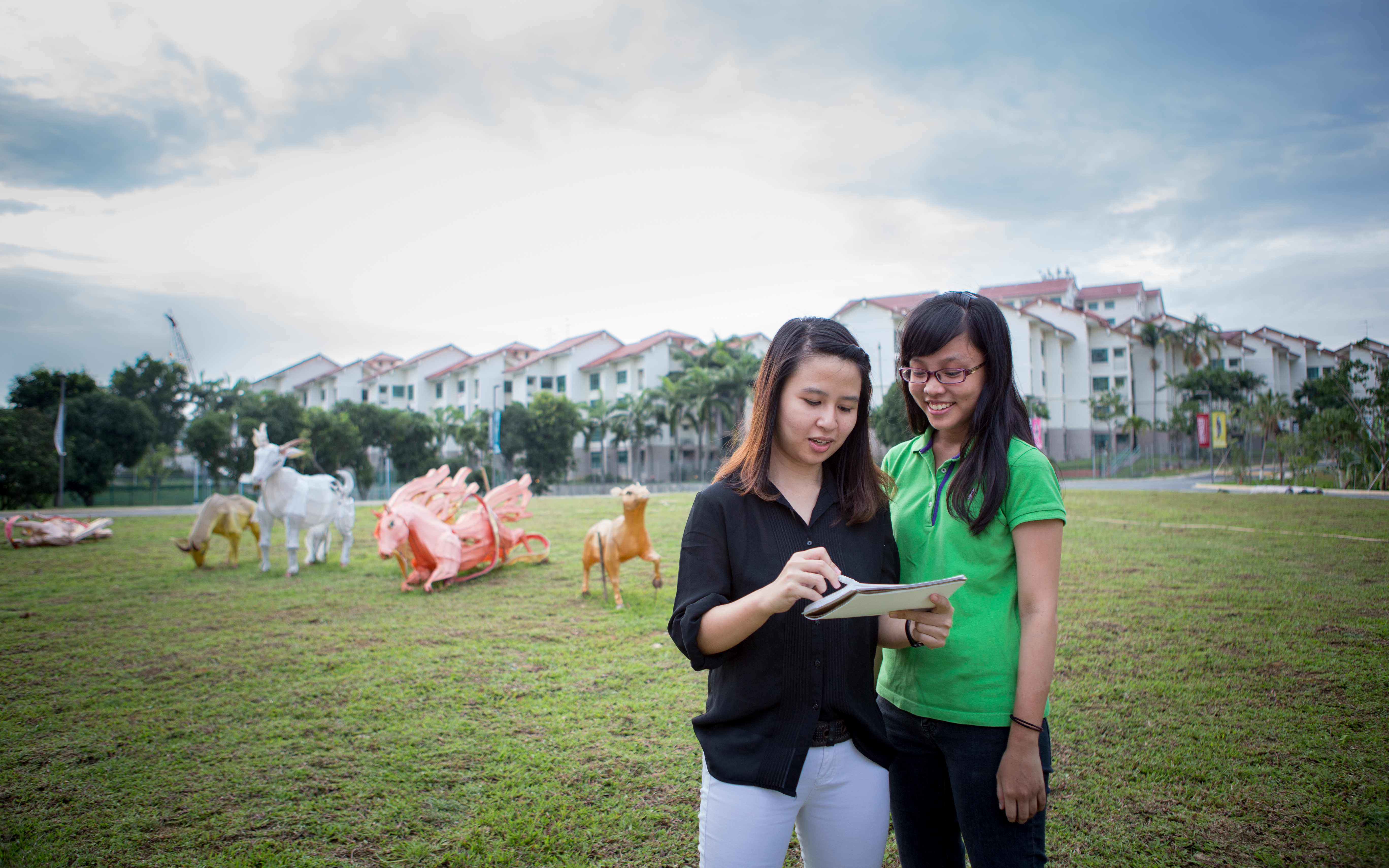 For the team, seeing their designs come to life on the streets is the most satisfying part of it all. For Grace Ng (Graduate, ASD), who was on the 2012 team, it was about “discovering more about myself and learning to bring my personality to my work.” Doing that, together with a big team and an impressive final display of design, research and thinking, makes it all the more satisfying.

All of the team members agreed that they have learned so much through this project. It is about working with people from a variety of backgrounds and disciplines, some with no prior background in design, and working as one to turn a design on paper into reality. This is also a great way to get involved in another aspect of design— For Elizabeth, as an EPD student, it was exciting and insightful to be leading and involved in an “archi”-based project. “Never be afraid to challenge anything — we are SUTD for a reason!” — Jezamine