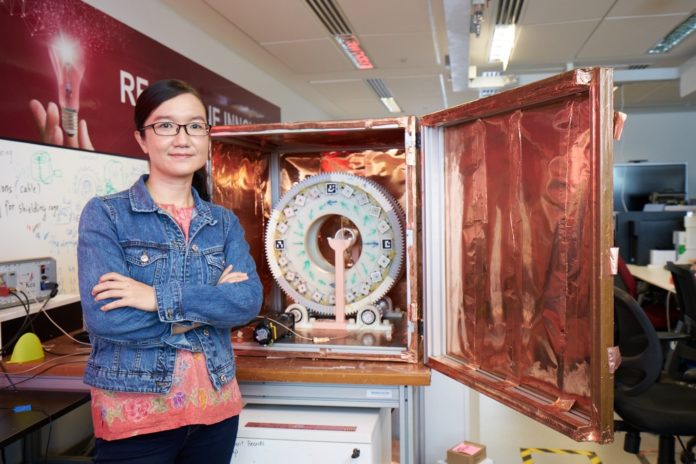 By leveraging both engineering and biomedical expertise, researchers at SUTD are developing cutting-edge technologies to make healthcare more accessible to and appropriate for patients.

Perhaps one of the most defining features of the 21st century is how deeply and thoroughly technology has become integrated with our lives. Indeed, personal gadgets have almost become extensions of our bodies. Often, these are the first things we reach for in the morning, and likely the last things we interact with at night.

And while this may raise alarm for some—privacy concerns are prevalent, as are worries about overdependence—it is difficult to deny that technology has been nothing short of transformative, not only on a personal level, but also for many fields and industries.

One such area is medicine, where advancements in technology have led to more accurate disease diagnoses, more holistic and continuous care and more effective treatments. Still, there is room for improvement in medicine and healthcare—which is why researchers all over the world continue to develop cutting-edge devices and algorithms; to achieve better patient outcomes and to provide a better quality of life.

At the forefront of this global effort is the Singapore University of Technology and Design (SUTD). By deftly weaving the fundamentals of electromagnetics into the frontiers of biomedical engineering, experts at SUTD are working to develop wearable / portable versions of typically hospital-bound medical tests, making them accessible to more people. Here are just two of the most cutting-edge innovations from SUTD.

MRI on-the-go
A cornerstone of medical diagnostics is magnetic resonance imaging (MRI), which makes use of magnetic fields and radio waves to capture photos of tissues and organs, as well as injuries or other worrisome changes inside the body.

To ensure that these images are highly detailed, MRI machines make use of powerful superconducting magnets. The problem with these is that they are very bulky, not to mention expensive to produce and maintain. As a result, MRI scans are typically conducted in advanced medical institutions, and are largely inaccessible to patients living in rural areas or those who do not have the means to avail more specialised care.

To make MRIs available to more patients from all walks of life, Huang Shaoying, Associate Professor under SUTD’s Engineering Product Development (EPD) pillar, has been working on a mobile and lower-cost MRI scanner called ezyMRI.

While developing their portable imaging innovation, Assoc Prof Huang and her team figured that it was inevitable to do away with the bulky superconducting magnet. This was especially true since they envisioned their device to only fit around specific parts of the body, for example the head or the arms, instead of being able to accommodate an entire person.

Their solution was to use what they called an “array of magnet ring pairs.” In brief, two magnetic rings are placed a particular distance from each other. Then, several other pairs of magnetic rings are arranged beside the original pair, eventually forming a magnet cylinder.

In theory, such a structure can also generate a strong-enough magnetic field to produce a clear image of internal organs. To fine-tune the structure’s details—how many pairs of rings need to be there, how thick each pair is, how far apart the pairs should be from each other— Assoc Prof Huang and her team used a random-search genetic algorithm, which takes inspiration from biological evolution, riding on top of an in-house built simulator that can calculate magnetic field from magnet arrays quickly. 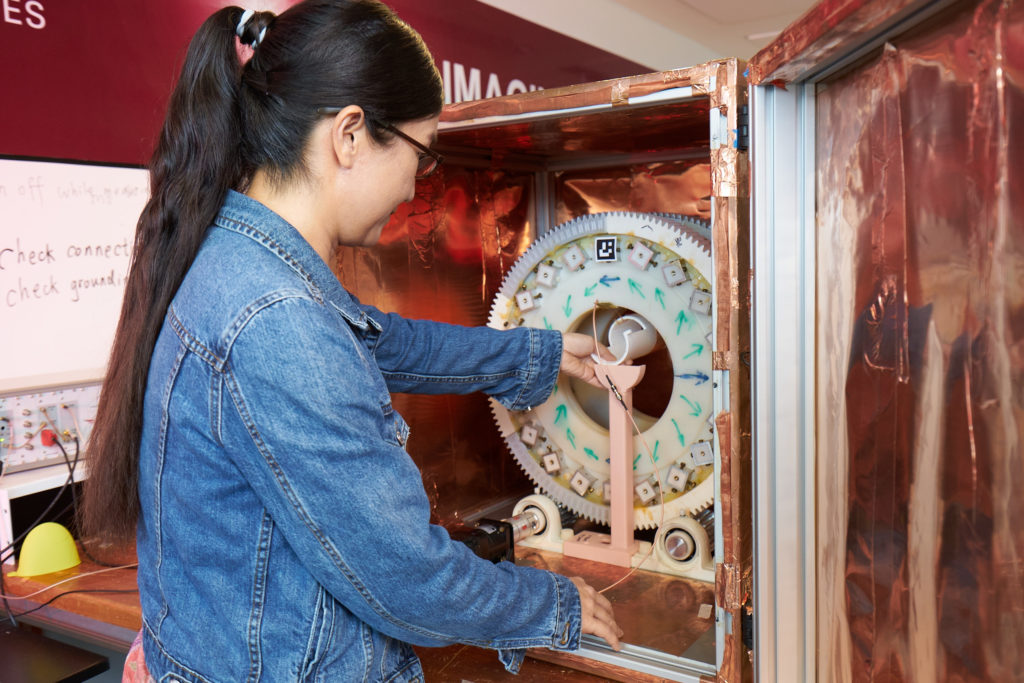 Assoc Prof Huang Shaoying in front of the ezyMRI

“ezyMRI, aims to provide good-enough MRI scans to you anytime, anywhere,” said Koh Yan Hao, a Research Officer at EPD who was involved in ezyMRI’s development. “With conventional MRI being immobile and costly, it is not suitable to be used in compact spaces, disaster fields and rural regions.”

In addition to being much smaller and lighter, ezyMRI cuts down the overall cost by about 80 percent, making it ideal for field and on-site deployments. It can lead to nearly 40 percent more scans than standard machines.

ezyMRI is such an impactful innovation that it made it to the top 20 companies in the 2022 MedTech Innovator Asia Pacific Accelerator Program, which seeks to nurture the most promising medical technologies and see them through to commercialization. ezyMRI bested some 500 other products to earn its place in the finals.

Currently, the most common method of blood sugar monitoring is through a finger prick. However, not only is this approach invasive and inconvenient, it also is not continuous and can only provide an incomplete picture of a patient’s glucose control. Meanwhile, continuous glucose monitors are minimally invasive, expensive and need to be replaced on a weekly basis.

In search for a solution, Assoc Prof Huang’s team turned to microwave sensing, which uses a combination of electric and magnetic fields to measure subtle changes of electrical properties of the capillary networks in tissues, in response to variations in blood glucose levels.

The resulting device, named GlucoRing, is designed to be worn on the finger or around the wrist and can continuously collect accurate measurements of blood glucose levels. Compared with other sensors on the market, GlucoRing is the least invasive and most affordable, while also allowing for real-time glucose monitoring without needing constant device replacement. GlucoRing is designed to be worn on the finger or around the wrist and can continuously collect accurate measurements of blood glucose levels.

Both ezyMRI and GlucoRing reflect not just Assoc Prof Huang’s ability to leverage her engineering expertise to make huge strides in the biomedical field, but that of EPD’s as well. Through SUTD’s culture of creativity, emphasis on diversity and commitment to innovation, researchers in SUTD will continue to develop new technologies that improve patients’ lives.