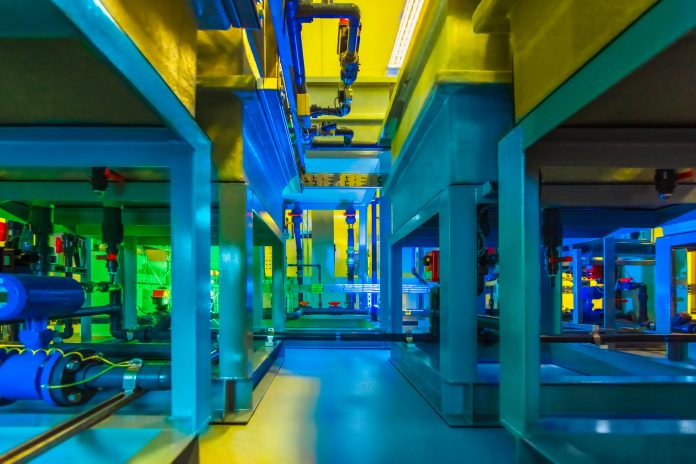 This is iTrust: home to four fully-functional, miniature versions of power generation, water treatment, water distribution systems, and the Internet of Things.

Singapore is poised to become one of the leading smart cities in the world, as a testbed for the latest in Fintech, Data Science and AI technologies. But underpinning these glitzy, high-visibility developments is the need to ensure that the country’s critical infrastructure is never compromised through cyber or physical attacks.

After all, what good are computers and smart devices without power? How do you live in a city without a reliable water supply? What if the water supply is contaminated by a chemical weapon?

Step into SUTD’s iTrust Laboratories and you get a peek into some of the latest cutting-edge research into cyber defence in critical infrastructure. Its four testbeds aren’t just made up of rows of top computer scientists and engineers sitting in front of computer screens working on code — they actually comprise of fully-functional, miniature versions of power generation and water treatment/distribution systems that accurately replicate their original counterparts. This water-treatment-and-power-generation ecosystem testbed is the first in the world, and allows cybersecurity professionals to test and enhance their defence mechanisms when pitted against the increasingly novel attacks of white hat hackers. 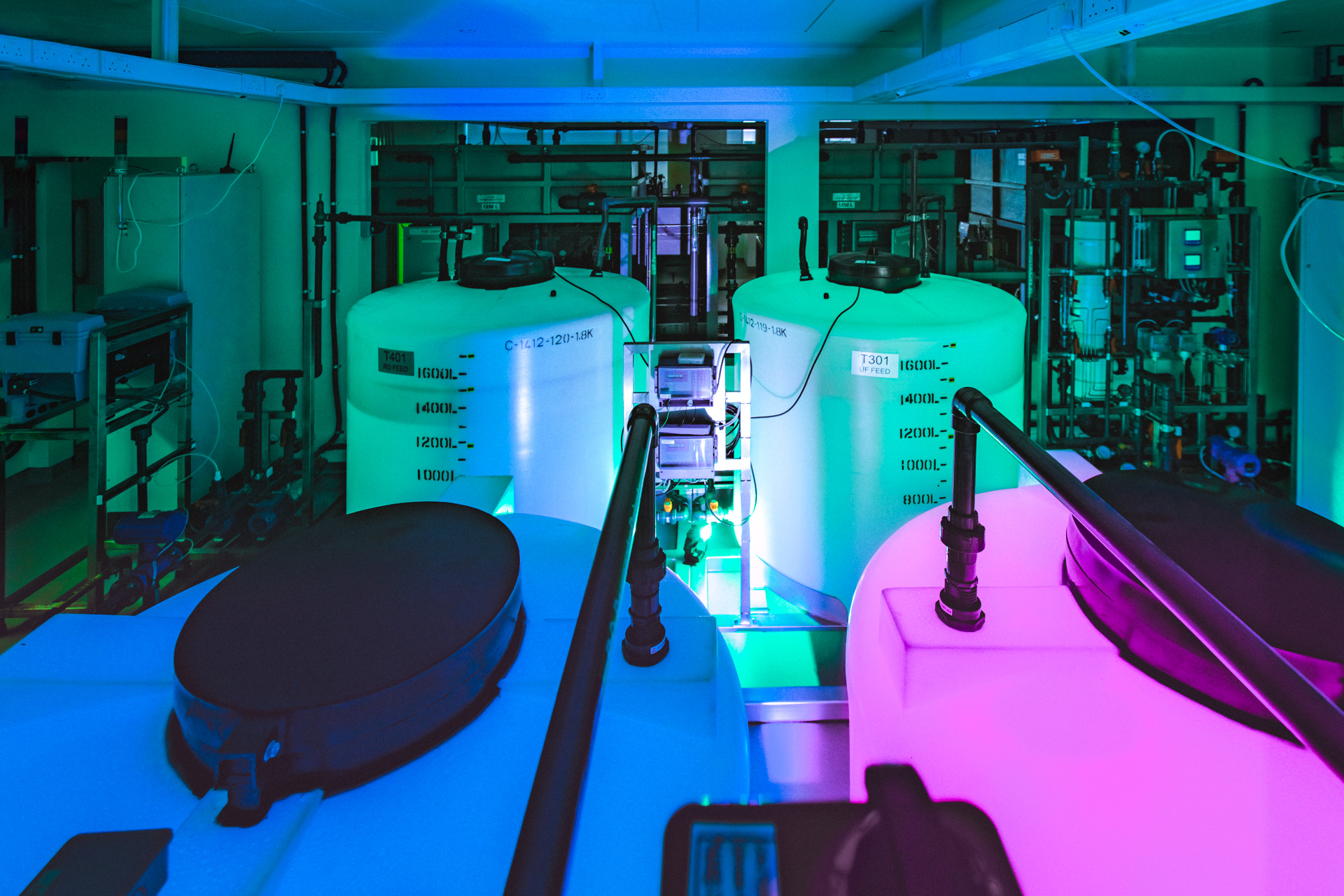 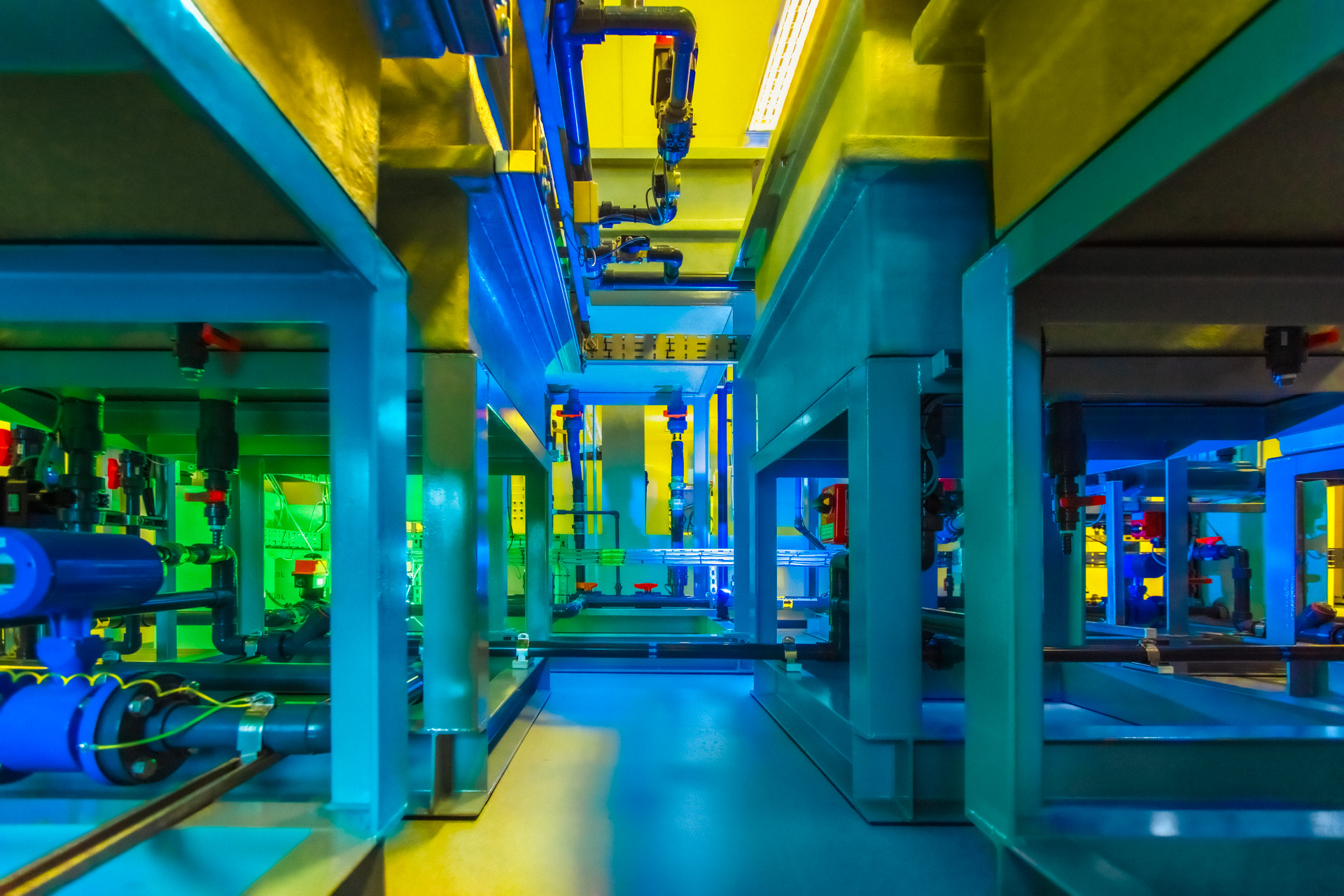 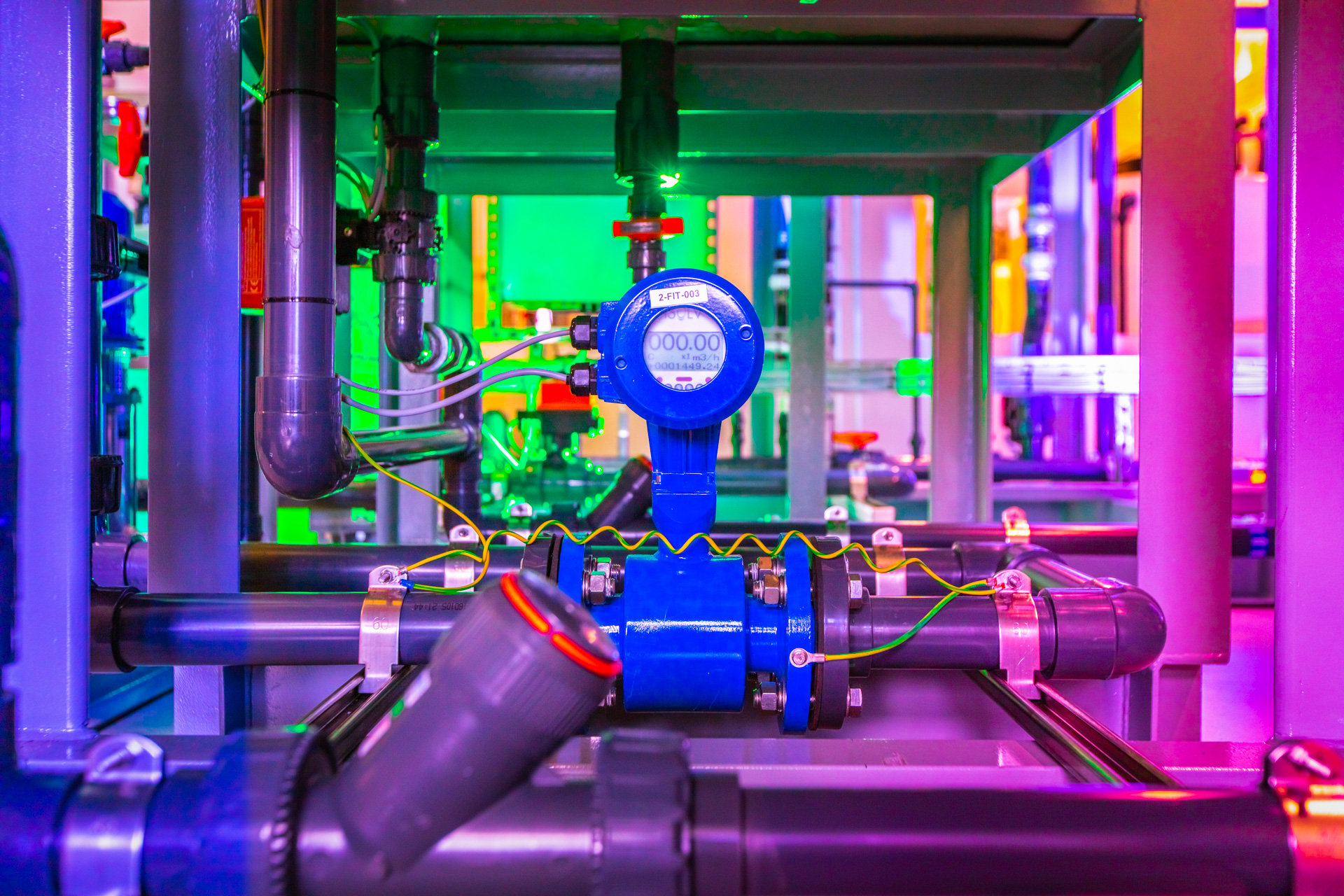 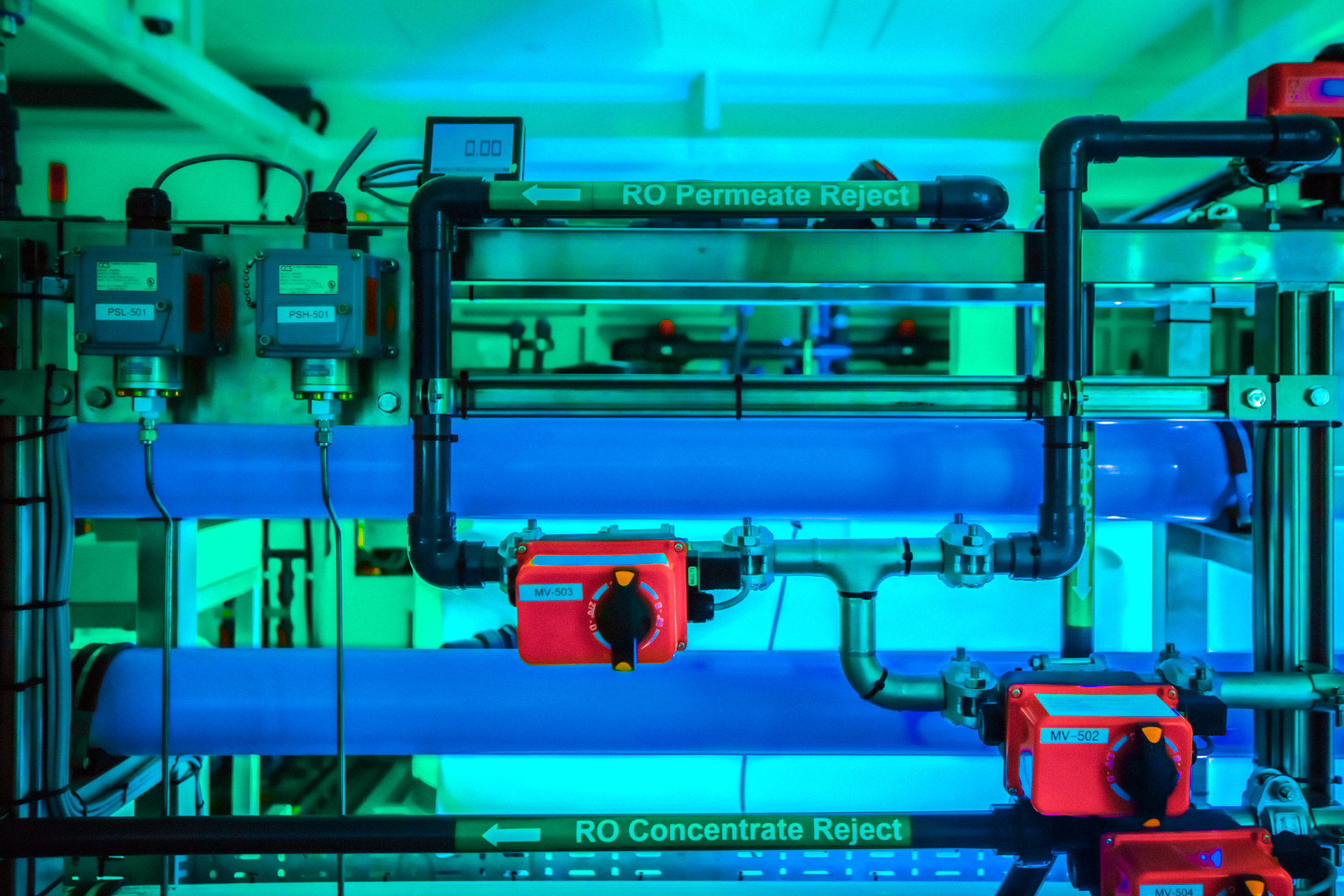 In the Secure Water Treatment (SWaT) testbed, you see an intricate network of pipes, filters and tanks that make up a water treatment plant, built in consultation with PUB, Singapore’s national water agency. In the Water Distribution (WADI) testbed, you see huge tanks that can hold thousands of litres of water linked up by pipelines. In the Electric Power Intelligent Control (EPIC) testbed, you see a power grid system that comprises four stages of Generation, Transmission, Micro-grid, and Smart Home. To study the effects of how a cyber-attack on one testbed can affect a connected testbed, the EPIC system is set up to generate power for the other testbeds in the laboratories. In the Internet of Things Automatic Security testbed, a specially constructed shielded room is where researchers carry out all sorts of tests on internet-connected devices to uncover vulnerabilities. 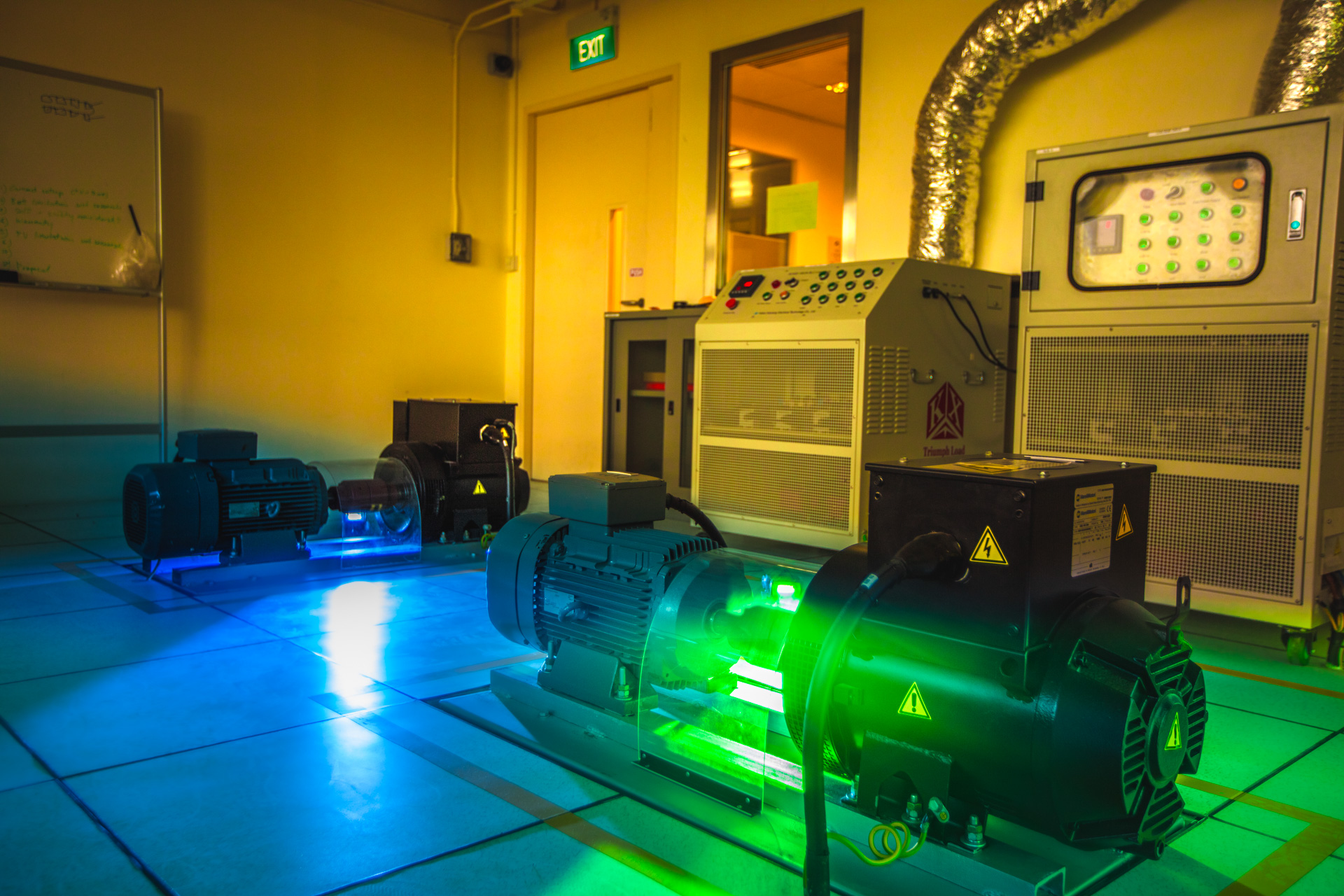 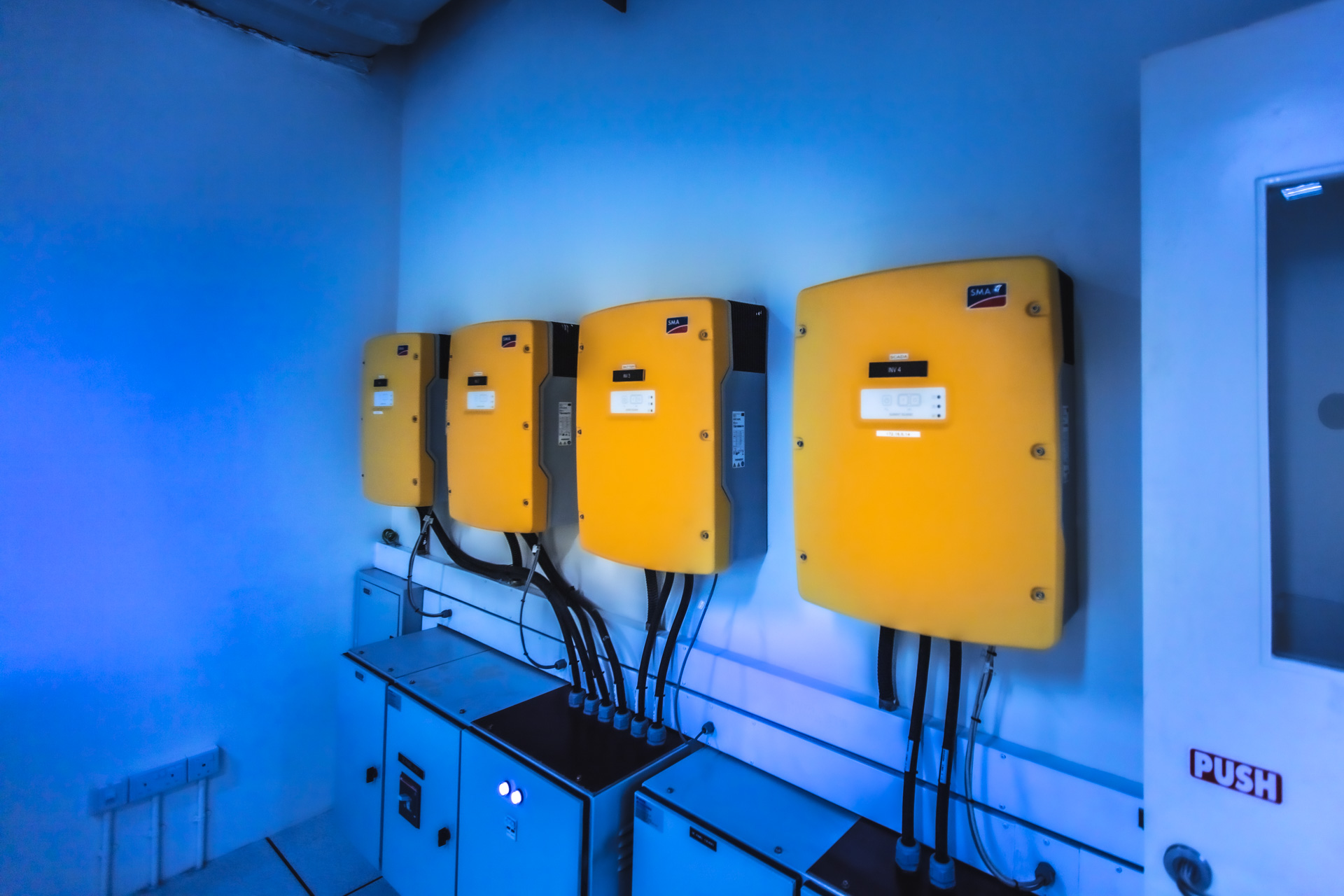 Since it was set up in 2015, iTrust has drawn over $40 million in funding that has translated into numerous patents and publications. Its accurate representation of real-world systems has attracted many research firms and government agencies to carry out applied research on it, since cyber experiments cannot be tested out on actual critical infrastructure. Recently, the National Research Foundation has set up a National Satellite of Excellence at iTrust to spearhead research thrusts from forensics and recovery, to attestation and assessment, and attack prevention. 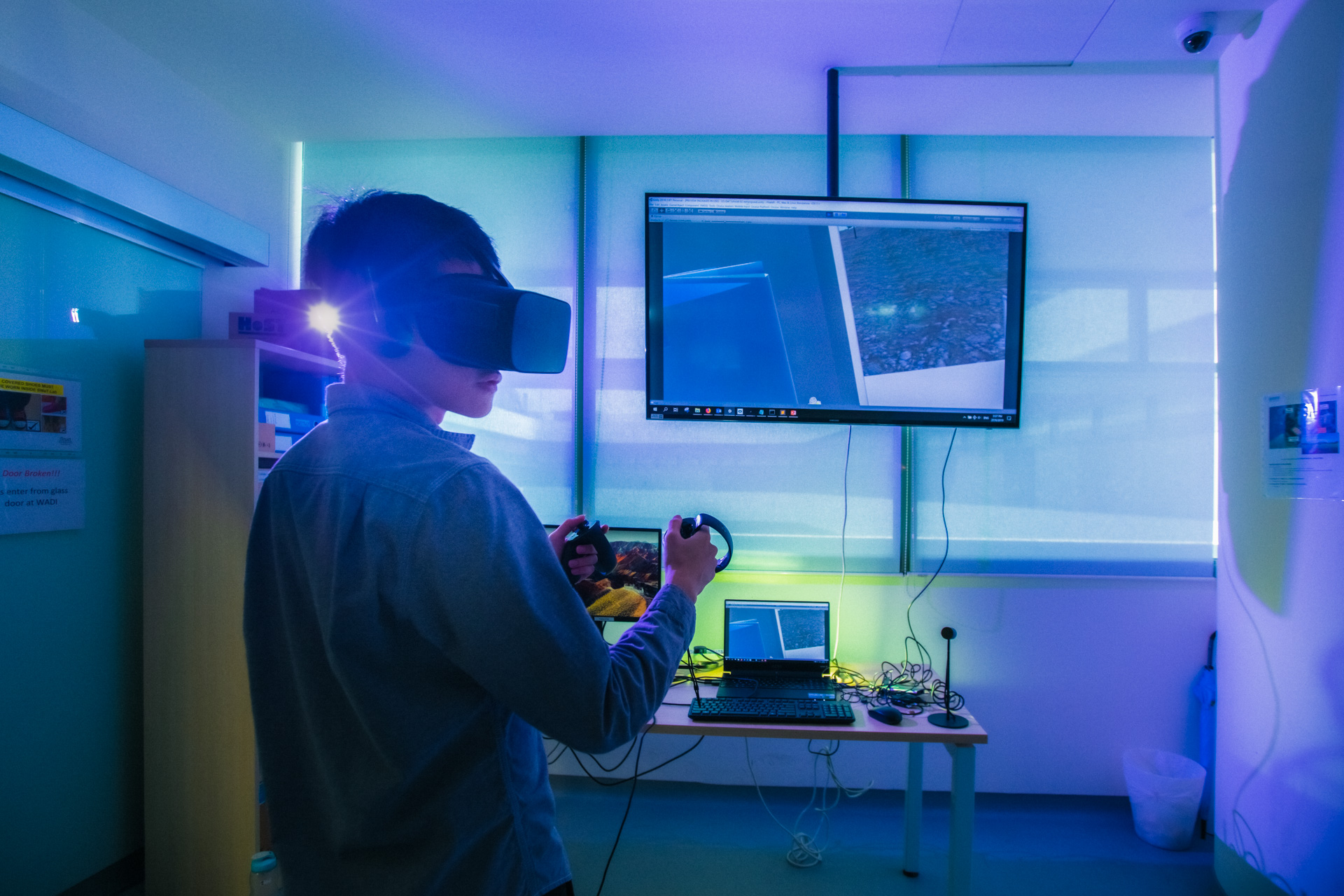 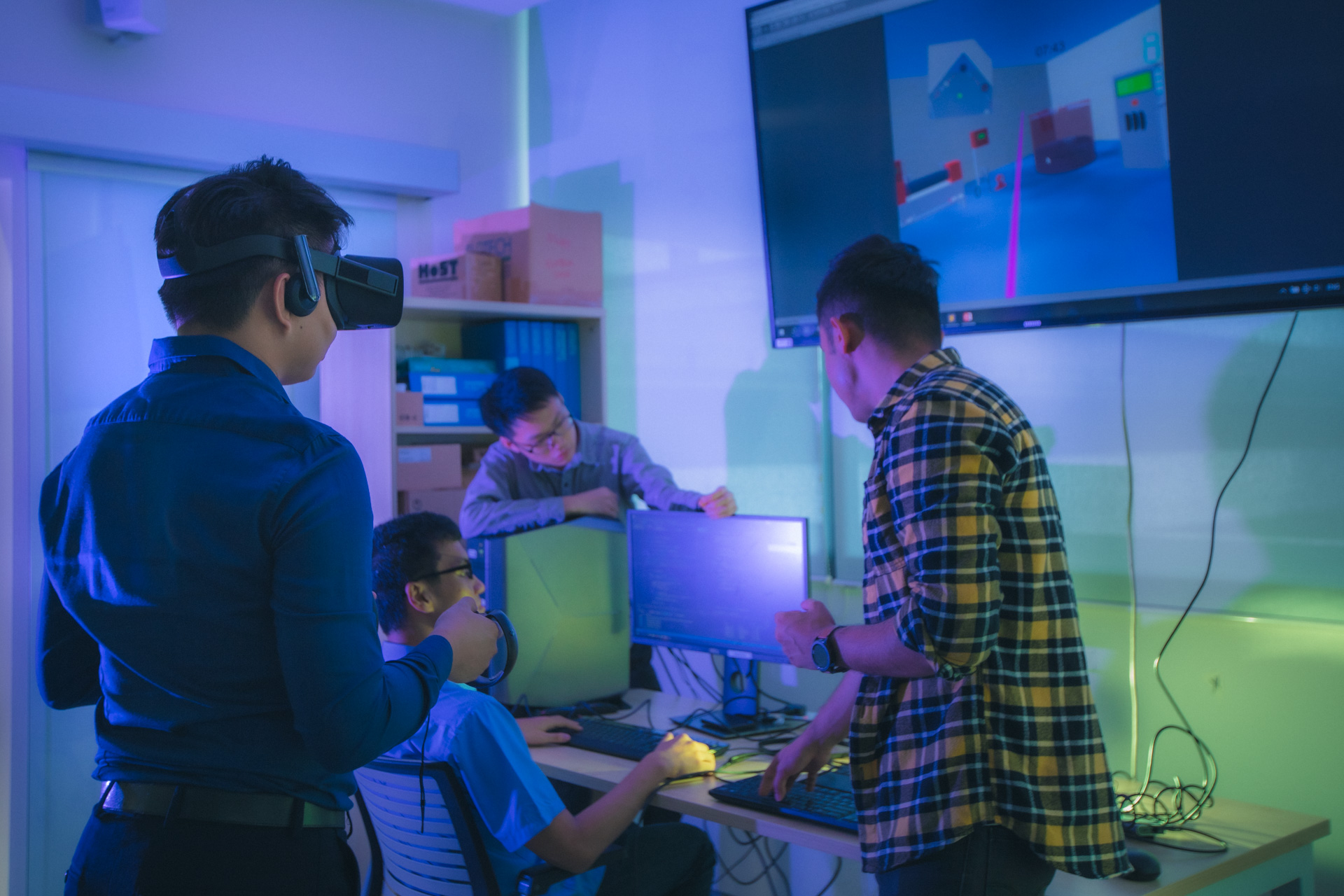 In the spirit of collaborative research, the lab also shares its work online; to date, over 450 researchers from 52 countries have downloaded datasets generated from work carried out by iTrust.

iTrust also constantly applies emerging technologies to its research and has successfully employed Artificial Intelligence, Blockchain, and Virtual Reality technologies to improve the security of these critical infrastructures. One of these Virtual Reality projects, called VVateR, is a virtual representation of the SWaT testbed which opens up the lab for remote collaborations anywhere in the world. It is connected to the actual plant and has an added feature of being able to visualize the security aspects of the plant (attacks and defence mechanisms). This has made it amenable to demonstrations of real-time attacks and consequent defense visualizations on SWaT. The project, led by researcher Siddhant Shrivastava and Professor Aditya Mathur, director of iTrust, has lent itself well to the increasingly important tasks of designing Digital Twins, visual forensics, teleoperation, operator training, and efficient plant maintenance. It also opens up possibilities such as the exploration of consequences of attacks, like floods and explosions, which cannot be carried out in real life.

For this story, artist/photographer Hong Huazheng juxtapose art and science in a visual tribute to SUTD’s iTrust Laboratories. To Huazheng, these labs are the source of inspiration for this series of vivid images that juxtapose art with the science behind the labs.

Placing two simple coloured strobes around the labs arbitrarily, he captures how the lights scattered, bounced and dissolved around the rooms and the machinery. 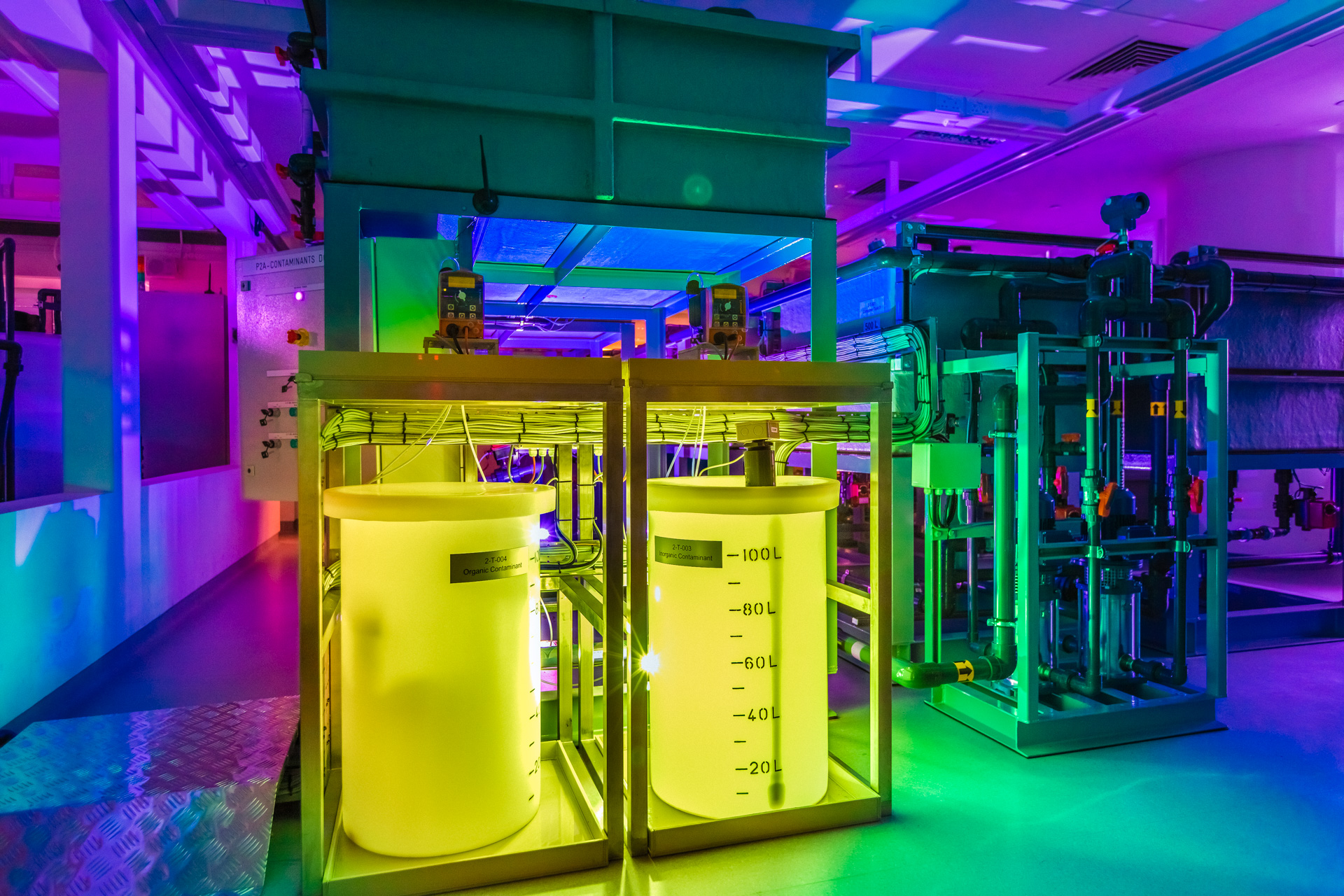 The translucent tanks of the SWaT testbed are now neon-coloured vats, with different shades seemingly indicating the purity and status of the water in them; the pipes and the pumps seem to come to life with streaks of yellow and blue; the IoT shield room, with its bright red “Test in Progress” sign and blue interiors, now appear to be a bona fide shelter against sinister forces. 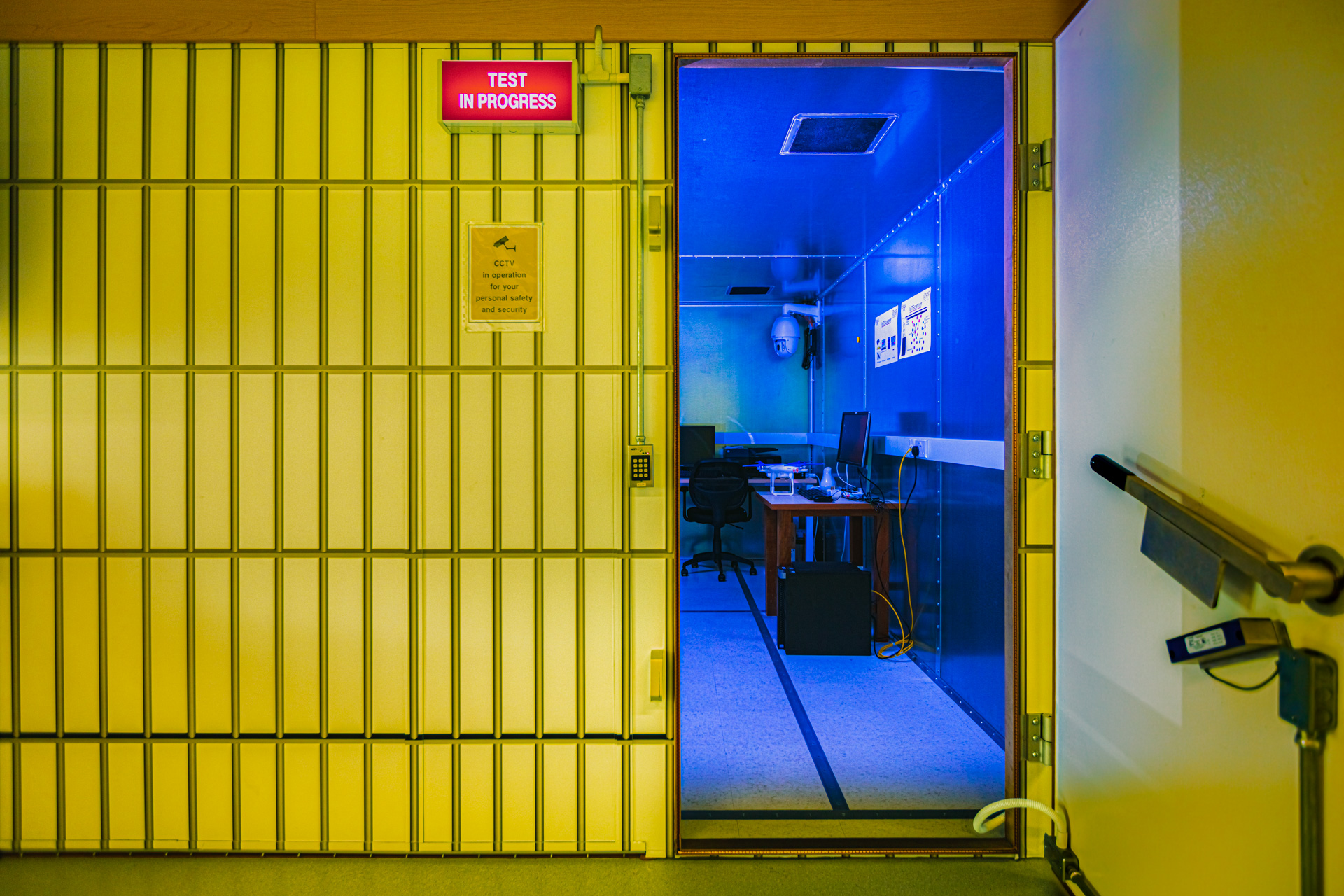 “In this creative project, I had the opportunity to break free from the expectation of well-behaved photographs. Colours contain a lot of expressions. When two seemingly disparate colours are imaginatively poised, an interesting dialogue often results,” he says.

“I have always thought of these labs as living organisms. So it seems quite fitting that colours, which are inherently frequencies and wavelengths, were metabolised and absorbed by the rooms.”

Are you inspired too? Find out more about the iTrust labs on their website: https://itrust.sutd.edu.sg. 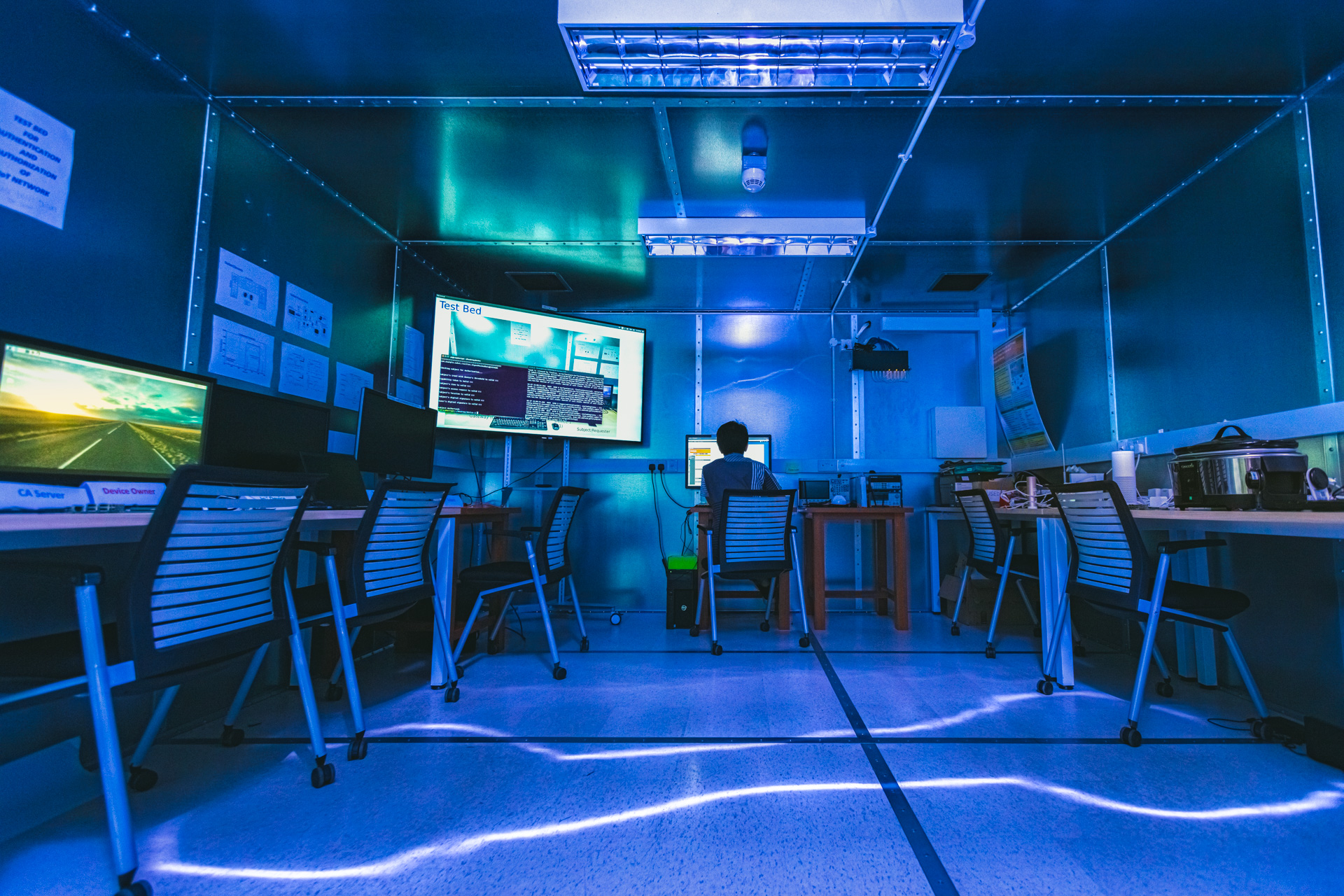