Hello Everyone, back with another update on this weeks adventures in China! This week we started on our next course, Design Fiction, which aims to teach us how to narrate the ideas of our products better. Meanwhile we had an impromtu visit to Beijing over the weekend, (hooray for spontaneity) and I was able to experience a different sort of Chinese culture from that of Hang Zhou, so I’m really excited to share some of the experiences from this week. 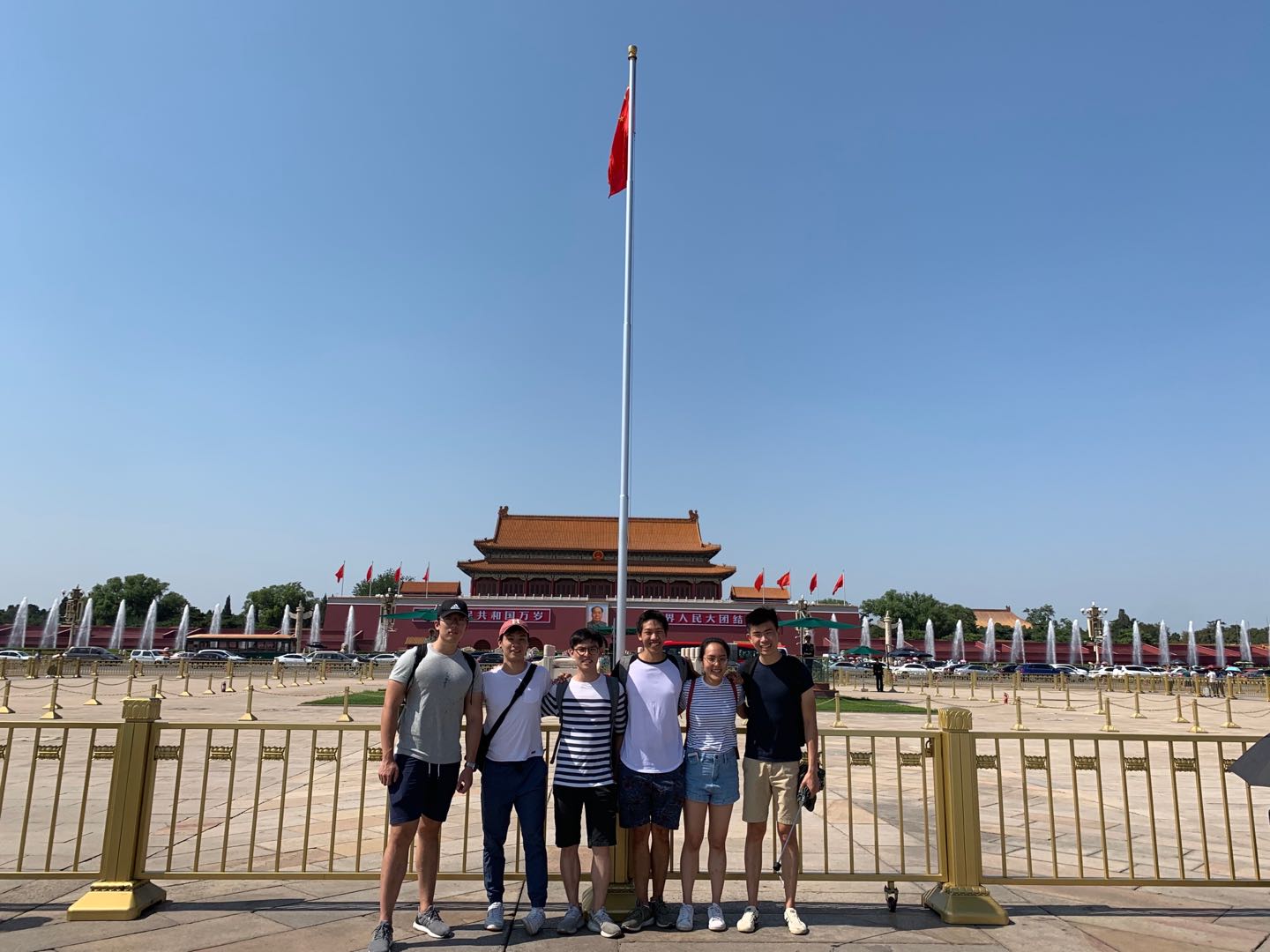 On Monday we had our first Design Fiction class. The class aims to teach us how to convey our ideas from our designs through stories to those who might not understand all the technicalities behind the product, something I feel is important to consider especially when you are approaching customers with a new product. Not everyone is going to understand how your product works, but if you are able to communicate the important things in an interesting and informative way that they understand, then it will be easier for them to get a grasp of your product. So during the first class, they made us create a storyline/comic of how to make TOAST! I think something even as trivial as that could be made creatively, so we named our toast Thomas and made him go through sunbathing (the toasting process). It was really fun and I think we learnt how to create storylines from simple everyday processes. 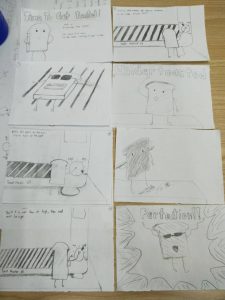 On Tuesday, our theme group went to the Hang Zhou AI center to collect some data for our project. We were hooked up to a portable EGG and our “brain wave” data was collected to measure our satisfaction when we were approached with good and bad service. Looking at the scale that China pours into creating a village just purely for the research of AI was really amazing and it really puts into perspective the amount of value China is putting into developing the next generation technologies. 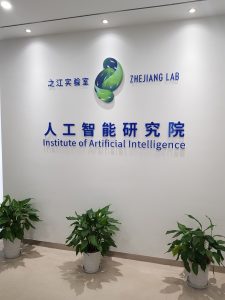 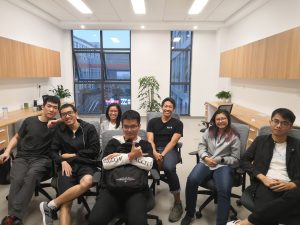 On Wednesday, I had some alone time with myself, just going through some of the theme materials and pre-readings for my themes, and in general just getting a good rest. Then suddenly, “Eh you guys wanna travel to Beijing this weekend?”, “lets do it!” and off we go plannign a trip to Beijing!

On Thursday morning we set off and took our first internal flight out of Beijing, and by Murphy’s Law, our plane got delayed due to bad weather (it was really rainy that day)! We had to spend another extra 2 hours at the airport, waiting for our  new flight details, praying that it wouldn’t be cancelled. In the end although, it derailed our plans slightly, we were able to get to Beijing safe and sound. At night, we went to eat some Peking Duck 北京烤鸭， a Beijing Specialty and boy was it good! Although, while watching the chef carve up the duck, I felt like we could’ve eaten more of the meat, but they just didn’t serve it to us. Nevertheless, watching the chef slice up the pieces of meat skillfully and eating the delicious duck, was enough to make me happy for the night. 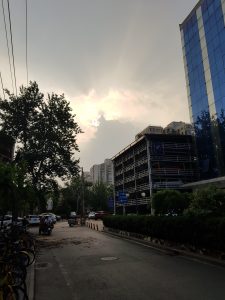 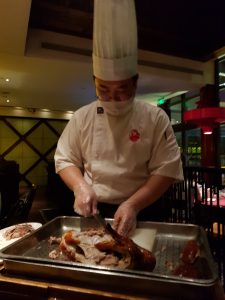 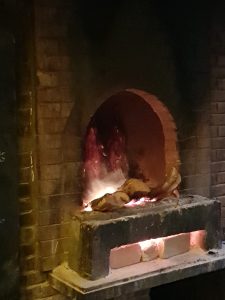 On Friday, we took a walk along 北海公园，and had some cheap and really good 炸酱面. We walked along this western street where a lot of the street food was and had the chance to try some good food, like this red bean cake and flower brewed tea! We also had a nice stroll along the bank of the river centered around the park and had a nice relaxing evening and some much needed relax time before going for some good burgers for dinner (not the traditional Beijing food, but man these burgers were goooood). 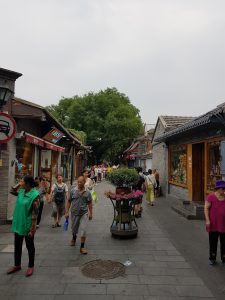 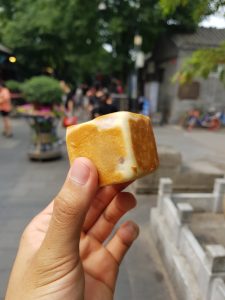 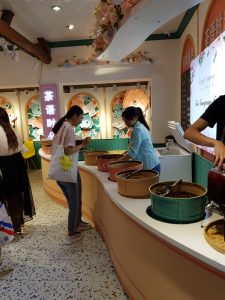 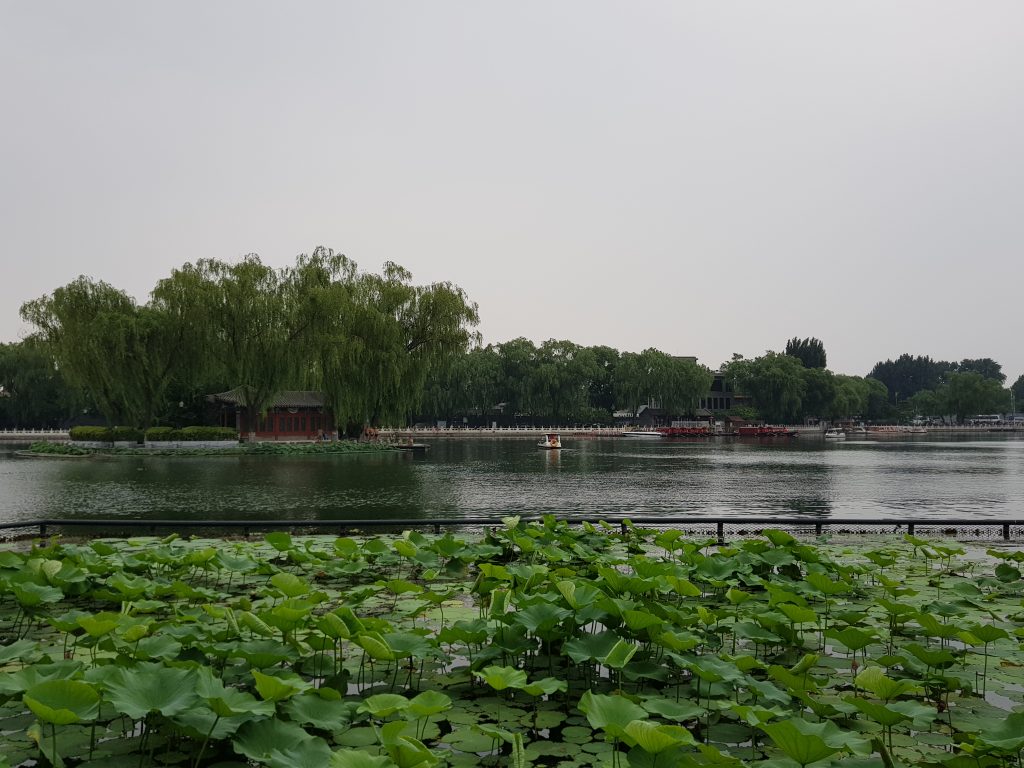 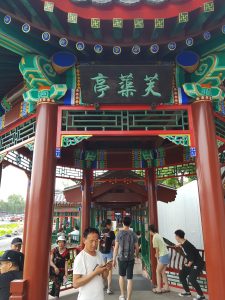 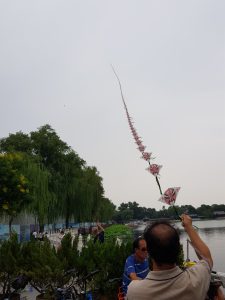 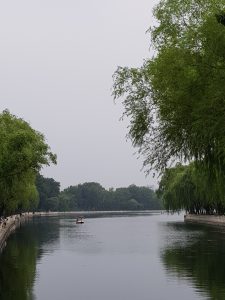 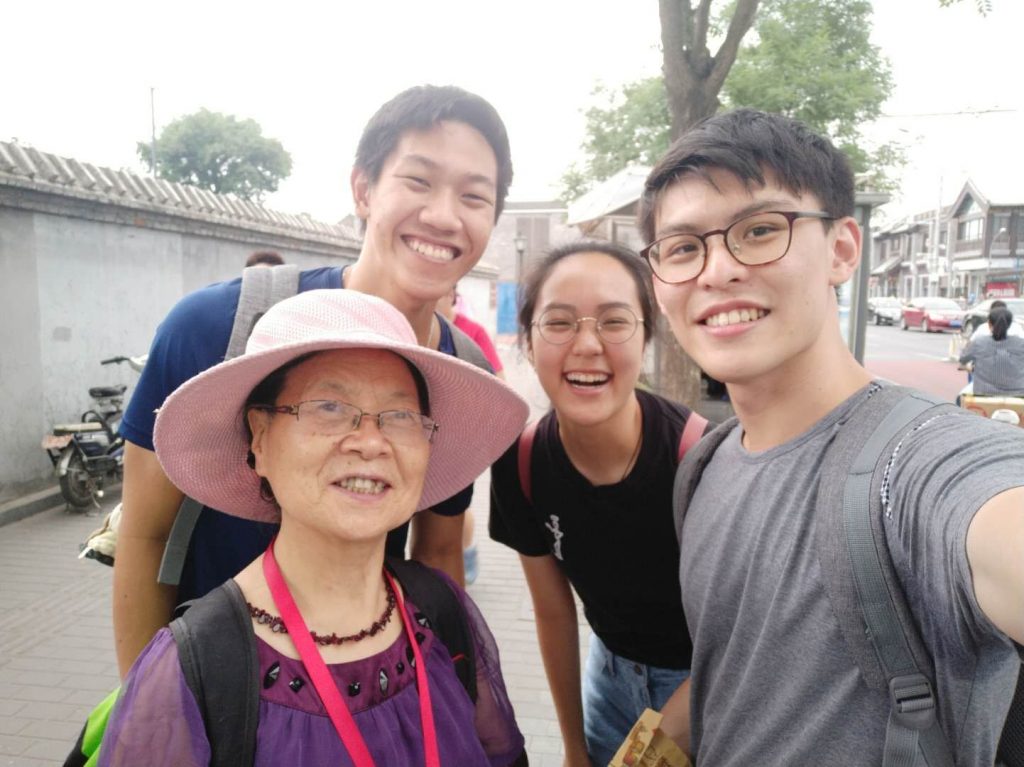 On Saturday, we visited Tian’an Men Square, 天安门, and the Forbidden City, 紫禁宫. Monumental to the history of both the China and the World, I was really amazed by the architecture and size of both the landmarks, thinking about some of the past event that occurred at the same spot that we were standing on, really made me wonder about some of the things people are able to do with their lives. The Forbidden City’s buildings were another sight to behold, a lot of thought were placed into the construction of the buildings, for example each of the small dragons constructed at the edge of the buildings roof are indicators of how important that structure was to people of that era. Meanwhile some of the relics which have interesting stories were also elef tof display for the public to see! It really was a marvel to behold. I only wish we could’ve spent more time there, but because of the weather, the swealtering heat, we really couldn’t stay outdoors for long. For dinner, we had an awesome plate of 京酱肉丝, something like a shredded meat roll, and man was it good, a good dinner to end that day. 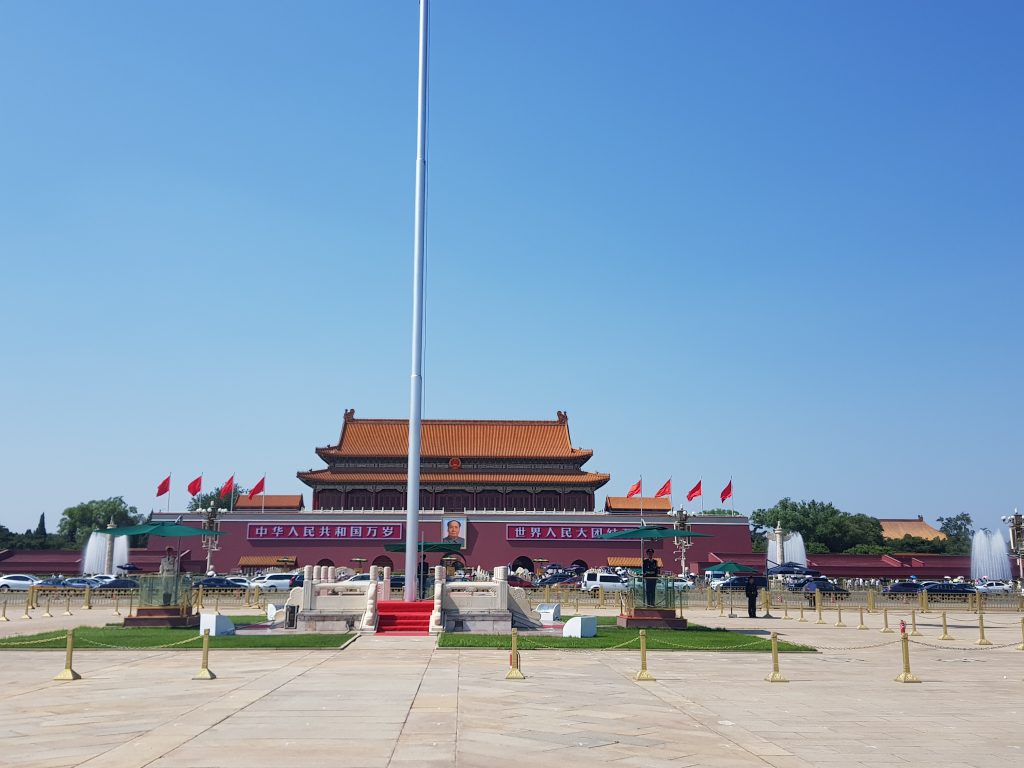 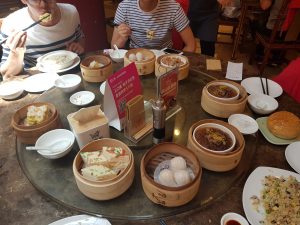 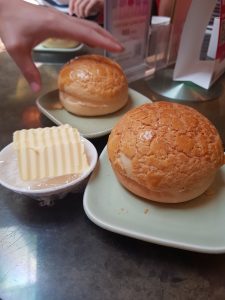 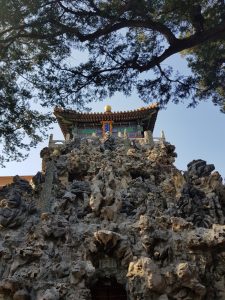 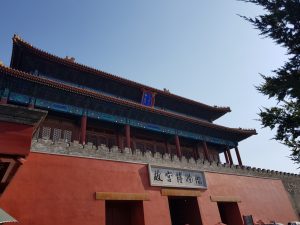 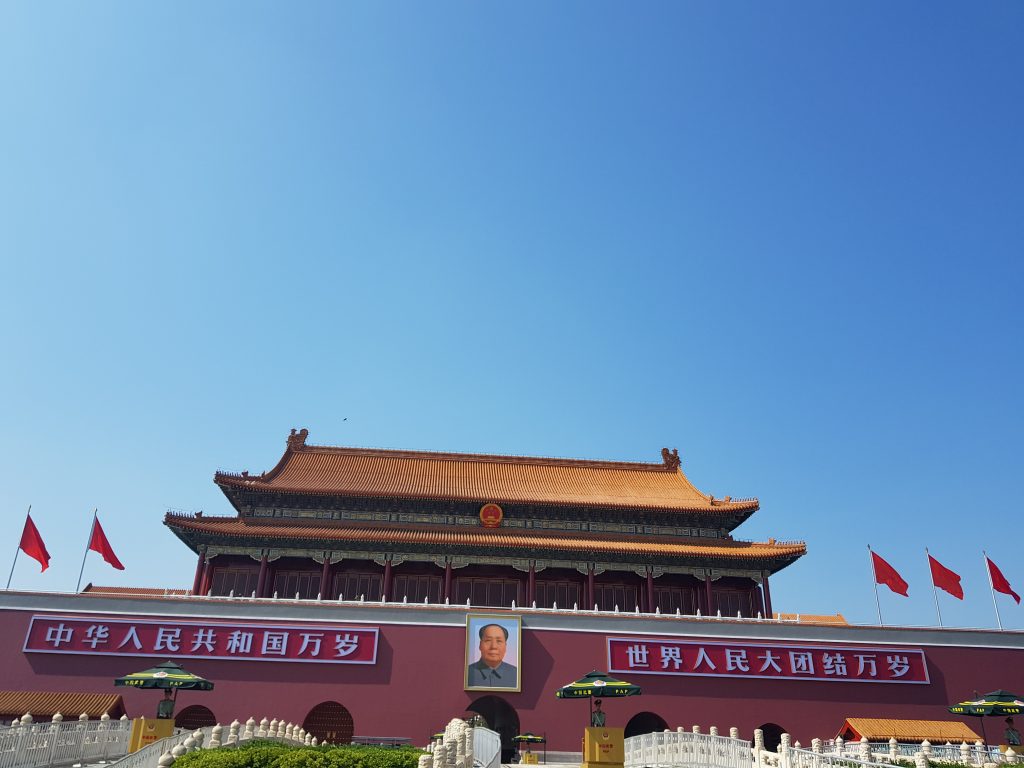 Finally, on Sunday, we visited the Summer Palace Garden. We climbed this long set of steps to see the skyline view of Beijing, a different kind of view from the ones we usually see from posters. The place there was used by the older emperors and officials as a sort of summer vacation home, for them and their families to rest and relax during the summertime (kinda like what we were doing there – does that mean we’re royalty? xD), but overall, the view there was really amazing. And then from there we took the flight back to Hang Zhou which marked the end of our Beijing trip! 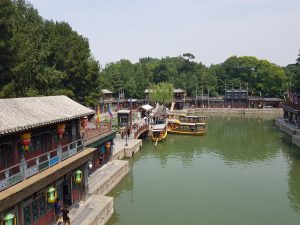 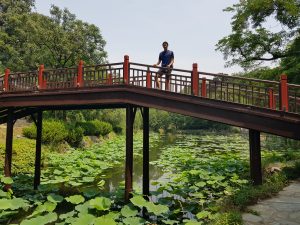 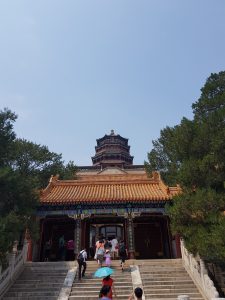 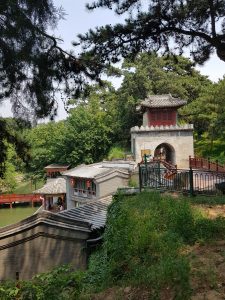 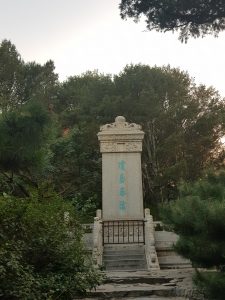 Although, the trip was a bit impromtu I felt like the quick getaway from the scene in Hang Zhou was really rewarding in a sense that we got to experience a different side in of China, there were subtle differences in the way the people here acted, spoke and their general way of life, compared to the things that we saw back in Hang Zhou. I think having been and continuing to expose ourselves to more and more Chinese culture, will be a learning experience equal to that of the things that we will learn during the course. 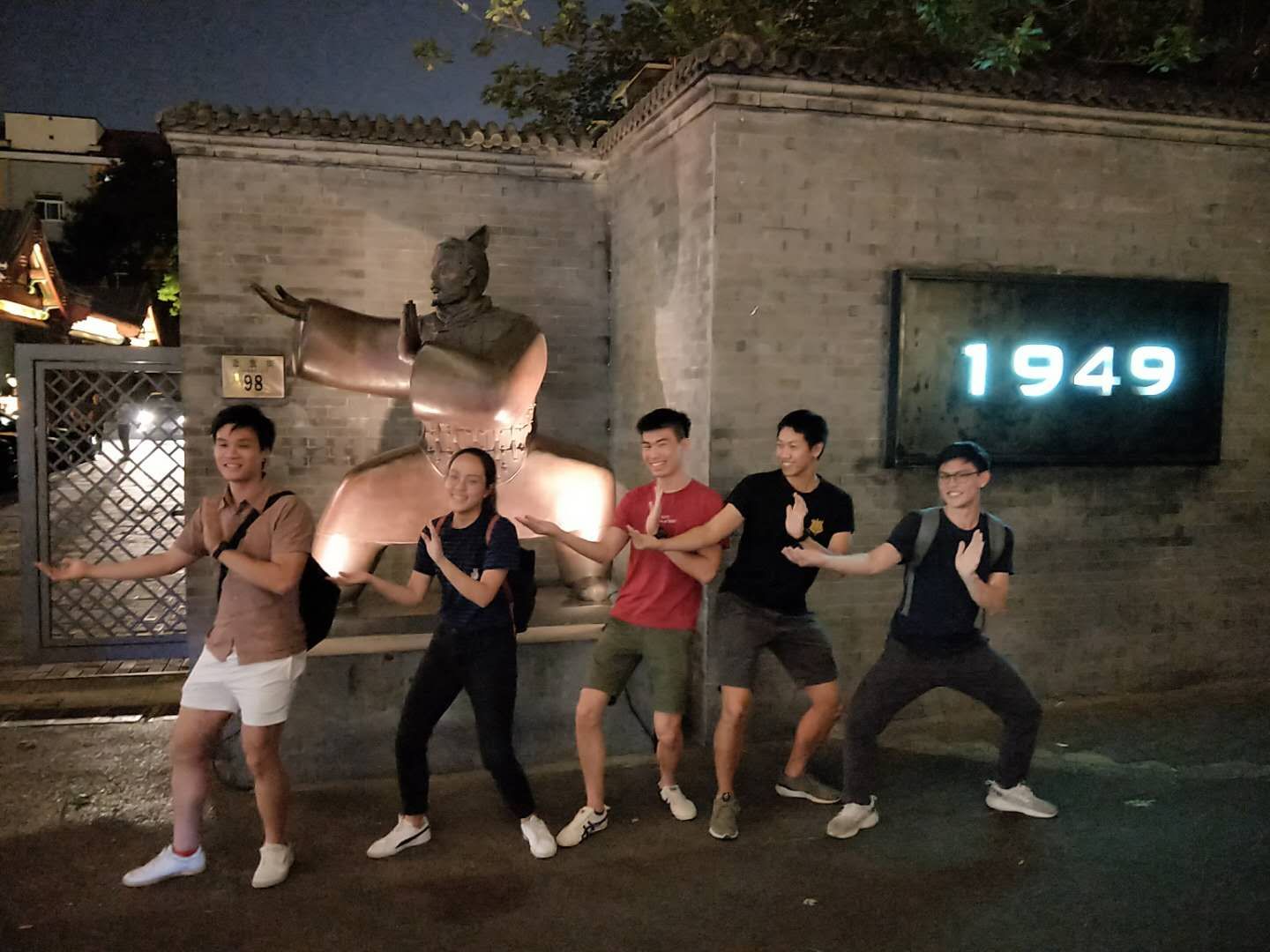