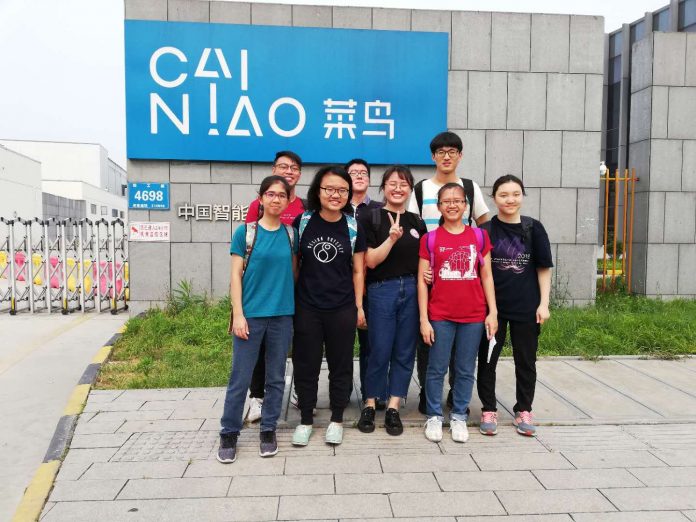 Wells it is the start of week 2 and that means lessons are going to start:/ but actually, while many of us had lessons and project meetings or excursions, we also had time to explore Hangzhou! SO WHAT DID WE DO IN WEEK 2?

On Monday, all the ALP students gathered and had some briefing and we then split up to meet our own mentors and discussed about our project.

Our first lesson was on Design Fiction and the activity at the end of the lesson was to make a storyboard on describing our “ideal toaster”. We had to draw a minimum of 20 screens to make up our storyboard. Many fantastic ideas popped up and some includes printing customised pictures or text on the toaster, having options to choose how toasted we prefer our toast to be and one group even suggested using the light saber from Star Wars to toast bread INSTANTLY!

OK… enough of boring you haha. On Friday, our group had the privilege to visit 菜鸟大仓库(Cainiao Storage Factory). We were brought around the factory that handles Tmall’s goods. Tmall is an online supermarket under Taobao and promise next day deliveries for all orders.

The journey to the Cainiao factory was about 1.5 hours from our hostel. 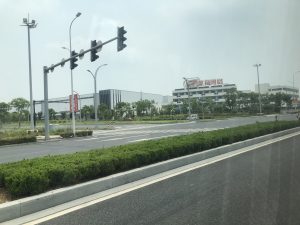 We reached the factory!! 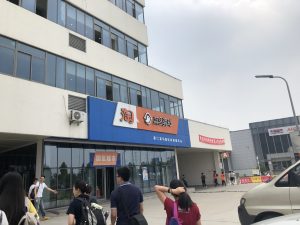 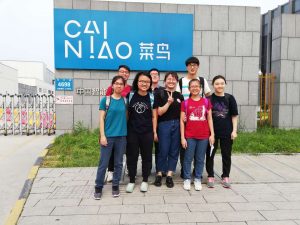 Due to security reasons we were not allowed to bring our phones into the storage space but in short, the storage space showed us the whole process from suppliers delivering the goods to the factory to each worker receiving a slip of paper that shows the order list for each customer and then they go around the factory picking up the goods and putting them into the boxes. The boxes then go on various conveyor belts and the mechanism is really cool!! There were “cable car like” mechanisms to transport empty boxes as well. ( I am pretty sure I’m discrediting the “coolness” of the factory by my words sigh). These mechanisms sorts the various boxes into various areas to expedite the transportation process. 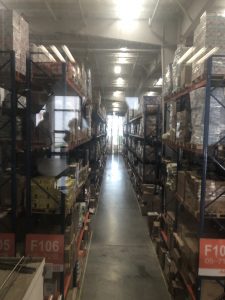 After the tour, we went back to the meeting back for a short QNA session to help us in our project later on. 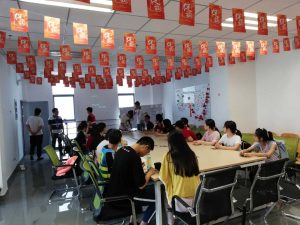 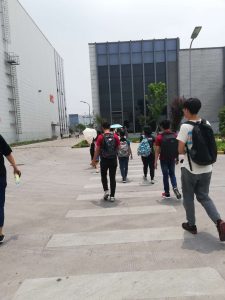 On Saturday, some of us decided to go on a adventure and went hiking at 北高峰！We first conquered 将军山，then 美人山，and followed by the final long hike all the way to 北高峰。

Interestingly, the start of this hike is at Zhejiang University’s 玉泉 campus! 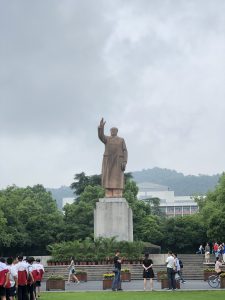 Inside the university’s campus 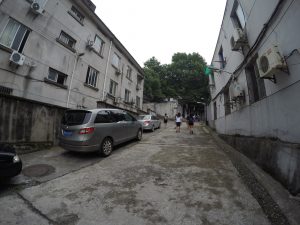 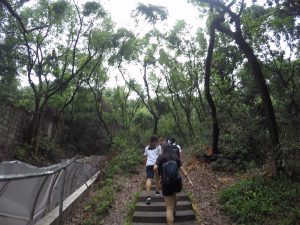 This is at the start of our journey and it was a rather easy walk up initially with some steps. It eventually became more tiring and as we reached 将军山， we thought it was the end of the hike but nopeeeeee, it was just the first stop/hill. 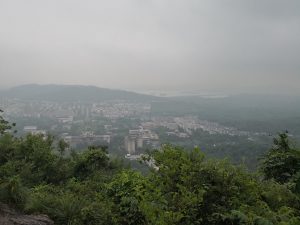 View from the first stop

Then we continued with more rocky paths along the way and it also started drizzling during the hike. Nonetheless, we pushed on with our umbrellas in one hand. 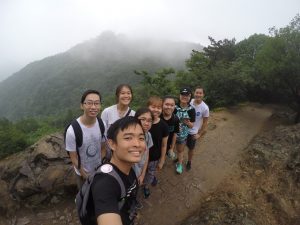 Finally, we reached the end of the hike and we took a cable car down. It was definitely a fulfilling hike, burning some of the calories off from the delicious food we have everyday haha! 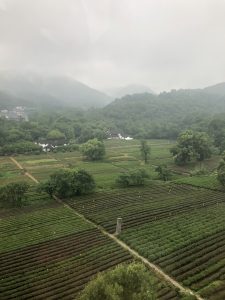 View from the cable car

A! Journey in Three Parts