Long trip over. UT has a 2 week holiday for christmas to new year’s. I was supposed to meet my parents but my mom fell ill so i spent christmas in Enschede. But I went for a bunch of tours at stockholm-romanievi-helsinki-copenhagen.

Stockholm was a very interesting city – the different levels and layers was really cool and it feels like a very alive city. Plus they had cheap mac’s.

Romanieve! damn, romanievi was amazing, I got to see the northern lights (was really lucky) but fell sick after that. It was like -15 and i wore the wrong socks out and was doing jumping jacks to stay warm. There was a wood shed with like dry wood and a space for campfires and it’s great to sit around a warm fire in silence and hear the crackling of logs.

Copenhagen was more of a layover but it was a pretty city. The food was really good though, we found a place with a vegetarian buffet and that doesn’t sound exciting but it was so tasty and only cost like $8 sing. I ate a LOT there. 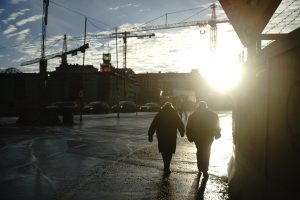 This is the amazing sun we got in Stockholm. Note all the cranes and construction. I really like the dimensionality of the city. 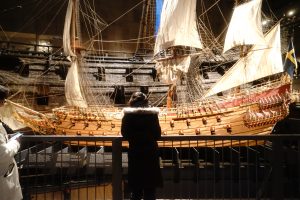 Vasa Museum in Stockholm; it’s a wooden viking (?) ship that sank in the baltic sea. Because of the salinity of the water it didn’t rot and so years later they remembered that it’s there so they dug it up, carried it ashore, and built a museum around it. it’s crazy cool from a conservation point of view and combines so many disciplines of knowledge there. 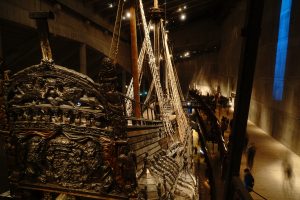 The northern lights in Romanievi! This was taken at the top of a weather tower on a hill. I was freezing. 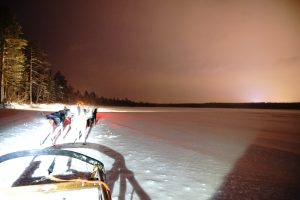 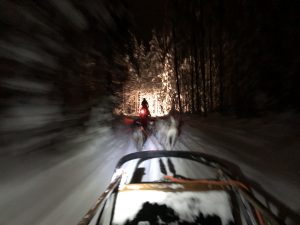 Dog sledding. The picture doesn’t capture how breathtaking the expanse of nothing is. and the silence and peace of snow. I miss this place. 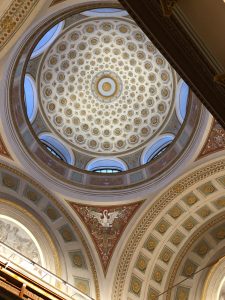 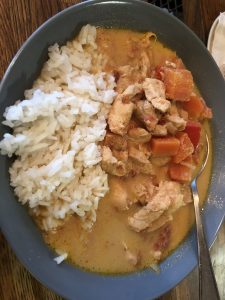 Curry chicken we found at Copenhagen 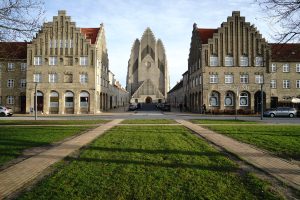 This is Grundtvigs’ Church, it’s made of solid yellow bricks. 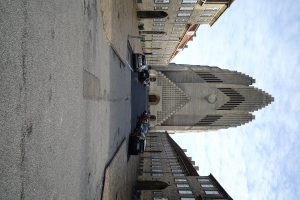 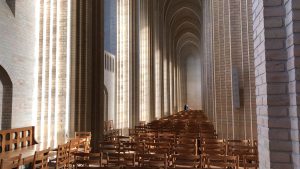 When we entered someone was playing the interstellar soundtrack on the PIPE ORGANS. i literally shed a tear at how beautiful the whole scene was.