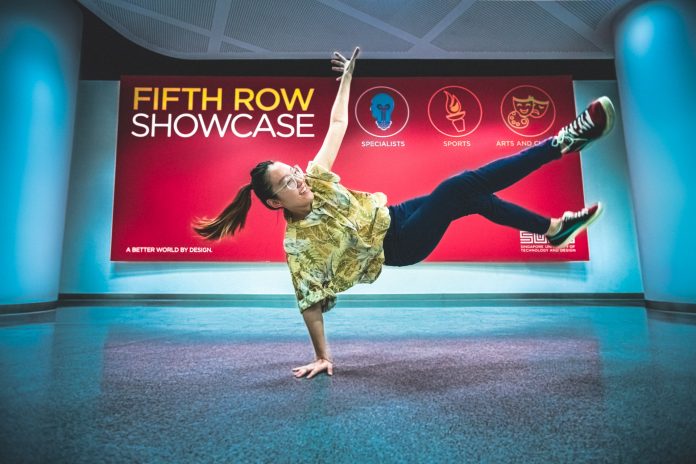 We ask 4 students what inspires them outside of class.

“I remembered my first dance training in DDZ. I felt so overwhelmed, uncomfortable and self-conscious. The studio had mirrors everywhere, and there were so many people shouting and hyping up the atmosphere. The energy was staggering. Even so, you can feel the club members’ genuineness and camaraderie. This took a little getting used to, and oh boy, the trainings were so foreign to me (I had no prior dance experience)!

When I was introduced to isolation training, the head isolation was one of the tougher exercises to start with. My coordination was bad, and I didn’t realise just how stiff my neck was! As they say though, practice makes perfect, and I gradually got better at it. It also helped that I wasn’t doing it alone, and knowing that everyone else was also struggling really helped. When the going got tough, people would shout encouragements, and we’d feed off each other’s energy and push on. We bonded over these dance trainings and the camaraderie we built makes my journey in DDZ especially meaningful.

I decided to try a new Fifth Row when I joined SUTD. Back then, I had been playing badminton for more than five years so I wanted to step out of my comfort zone. Even though I’ve always thought about learning dance, joining DDZ was a still big step for me. Taking up dance classes outside can be an intimidating experience, but luckily, DDZ provides a safe, beginner-friendly environment for me to explore dance – I hardly feel out of place! I’m still passionate about badminton now but this is a good change for me.

We took part in the Super 24 dance competition last year, which required exactly 24 members to perform within an eight-by-eight-metre square. Preparing for it was one of the toughest experiences for us – besides juggling internships, school projects and dance practices, we had to train at the underground open space at Esplanade, which was humid and stuffy. To top it off, we even had to clean the floor with wiper mops and wet wipes before training because it was dirty.

Earlier this year, we were planning for our next dance production, Byte 2.0, but we had to call it off due to Covid-19. We did manage to have our first round of vetting though, which gave us a glimpse of what the final production could have turned out to be.

I’m graduating soon, and I’m already missing my student life in SUTD. Looking back, I’m grateful for the people I’ve met and all the opportunities I received. Balancing school work and dance trainings have improved my time management and planning skills, and I’ll continue to dance even after I graduate.” 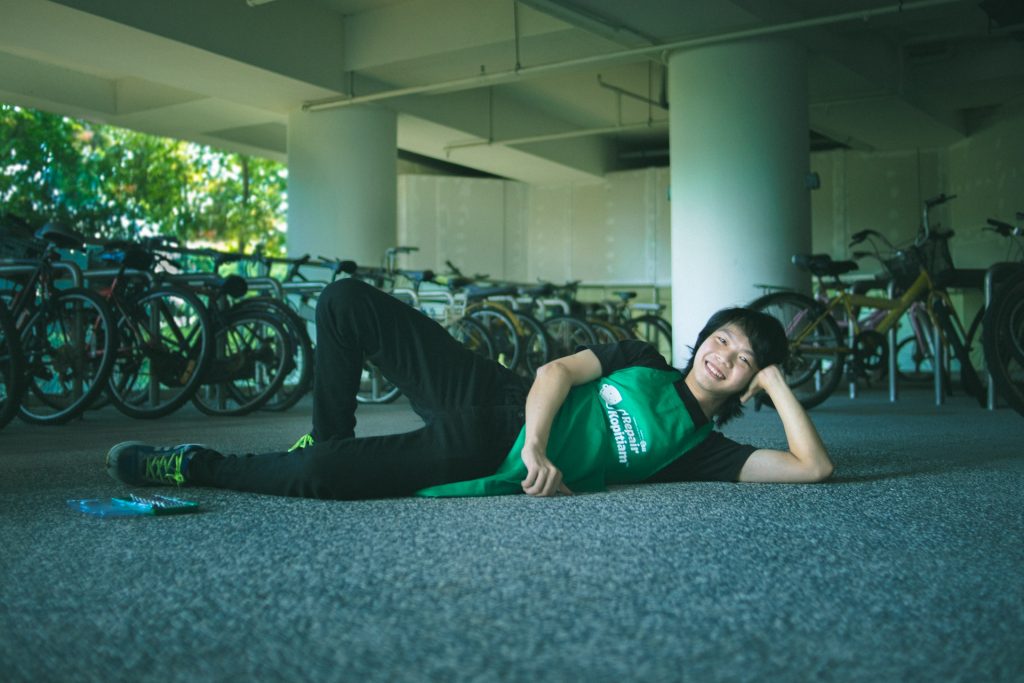 “I volunteer at Repair Kopitiam, where we teach people how to fix their broken equipment. By guiding the items’ owners to carry out the repairs, we give them a sense of involvement and accomplishment. But of course, for the young and the elderly, we provide more assistance.

Most repairs consist of replacing one or two faulty components. The process is simple, but it can be hard to get the required parts. We usually see a lot of broken fans brought in. I find it quite a waste to throw appliances away just because a single part is spoilt. Generally, the more branded an item is, the harder it is to fix, because they tend to have safety features which make the product more tamper-proof.

I think as I open up appliances, Repair Kopitiam opened a world for me. I’m interested in how items are designed and assembled, but it’s very hard to come by discarded equipment that I can dismantle to study. I interned in a plastic injection molding company, where I designed casings for electronics. These experiences taught me how appliances are put together, and subconsciously helped me with product design assignments.

When I first joined Repair Kopitiam, I received training from coaches. They’re also volunteers, but they’re experienced – many of them are retired engineers or hobbyists. Even then, a lot of learning happens spontaneously, such as when we encounter a product design that we’ve never seen before.

Speaking of never seen before, I learnt about the existence of thermal fusers thanks to Repair Kopitiam. It’s a safety component that breaks when it gets too hot, and can be found in most appliances that involve heat. Interestingly, it’s never mentioned in our textbooks.

I was from the science stream in junior college, and before I joined SUTD I was a hands-on noob. I find it really awesome that so many people in SUTD are interested in doing hands-on stuff. Because of Covid-19, Repair Kopitiam is currently closed, but I can’t wait to go back. I’ll like to fix a microwave oven or LCD television one day – that’ll be a great achievement!” 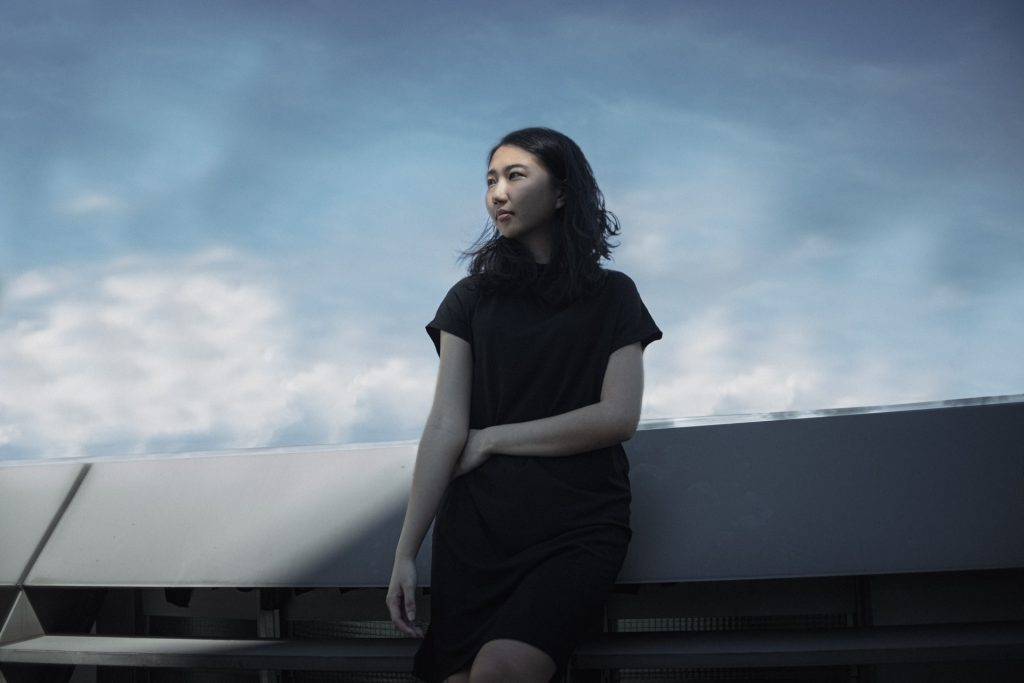 I’m not just a SUTDent.
I also lead the ASD committee.

“I see this as an avenue to help people. It’s not just a title; it’s also an opportunity to actually do something for my fellow peers. Rather than having a specific skill or talent, I think what matters most for this role is how I can help to alleviate some common worries we students have, or at least, make a good change. It sounds quite idealistic, but it’s true. The ASD community is small, so when I help someone, I do actually know the person. Rather than a sense of achievement, I feel relieved when we find solutions or a middle ground to address these concerns.

A lot of times when I evaluate the worries I have as an ASD student, I realise they don’t just apply to me – they also extend to my peers. For example, in the case of our Master’s internship, I noticed that many of us were not getting replies from companies two weeks after applications were open. This was strange because the number of offers listed was much more than the number of students, so I suspected that some of the firms could have revised their job availabilities. I started collating responses to see if there were any companies that were not replying to anyone, and sent the list of ‘radio-silent’ companies, together with our concerns, to the Career Development Centre. Thankfully, we’re now getting more replies from the companies.

Serious topics aside, we also do fun stuff! I have a team of four really good committee members (Naomi Wong, Nabilah, Benjamin and May) and they help to organise events such as ASD camp, Halloween party and Christmas party. These are all self-initiated affairs – we’ll ask the ASD office if we can hold these activities and invite our professors to join in.

I used to have this mental barrier when it comes to trying new things. I would wonder if I have enough experience, or whether I’m qualified enough to do something. But after taking on this role, I’m not afraid anymore. I’ve learnt that I can just jump in and figure things out from there. At times I might feel that I’m the only person who feels this way, but then I’ll look at my peers around me and realise that everyone has moments like this, and that it’s all right.” 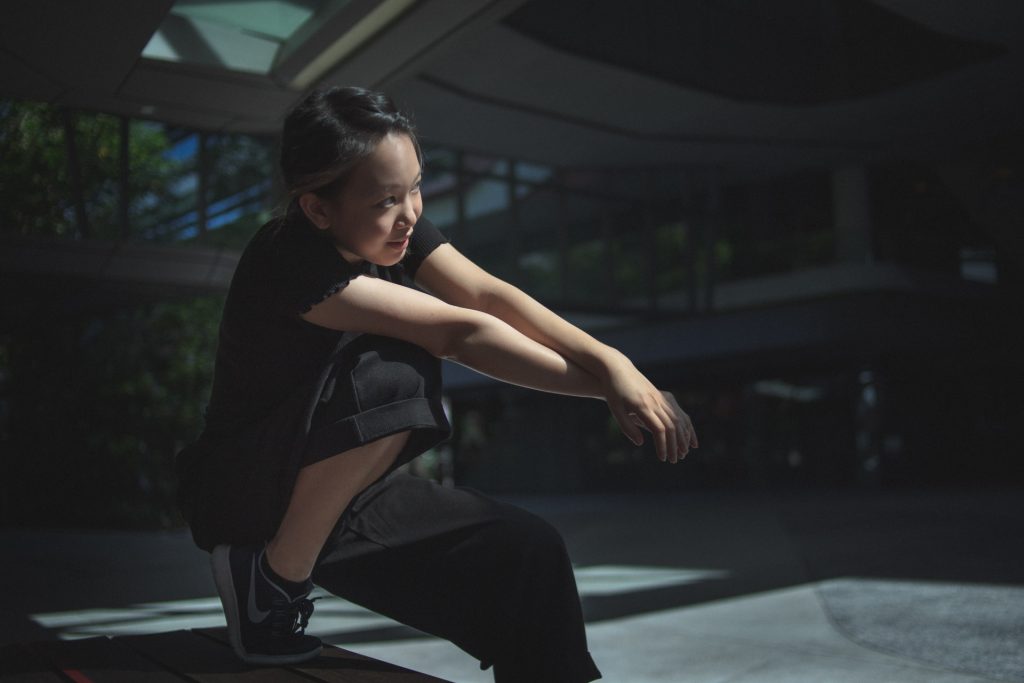 I’m not just a SUTDent.
I’m also a climber.

“I started climbing when I came to SUTD. I hadn’t done any sports prior to this; I had been in the Handbell Ensemble and Environment Club in secondary school and junior college respectively, so this was definitely new territory for me. I joined the recreational team at first because I was nervous about not having any climbing experience. But looking back, there really wasn’t anything to be afraid of – when I finally joined the competitive team, everyone was super nice, and I realised a lot of them started off as complete beginners too!

My first climbing competition was in 2018. I remember being pretty nervous – I couldn’t find the isolation zone and I forgot about my scoresheet when I rushed into the competition arena! The atmosphere during competitions is electrifying. You have to complete as many boulder problems as you can within the time limit, and time just passes so quickly. After every competition, the mistakes I made will keep replaying themselves in my head, which is both really motivating and infuriating at the same time.

I placed in the top eight in the Novice category in January this year, so I was promoted to the Intermediate category. That felt pretty surreal – I thought I didn’t perform as well as I should have, and I came out of it feeling that I still have so much to improve on. Also, I find it so much more fun to support my friends in competitions as compared to competing in one myself; there’s all of the excitement and none of the stress.

The club also organized SUTD CRUX in 2017 and 2018, which was South East Asia’s first ever Deep Water Solo climbing competition. We had an eight-metre wall built over the diving pool at Toa Payoh swimming complex, and instead of having safety ropes, people would fall into the water. I helped out in the Programmes sub-committee, which was a rather stressful role, but I’m really glad I got to be there because the event turned out very well. There are actually several times when I’ve been out in a climbing gym and overheard climbers from other schools still talking about CRUX – and that’s two years after the event!” 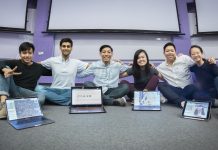 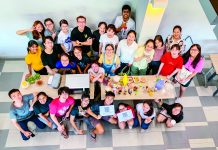 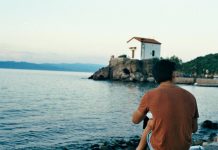