This is the fifth week in ZJU!

Last weekend, there was a future life show in Hangzhou. We went there and took a closer look at the Cainiao booth as we wanted to see what they are doing now and also to get inspired. We were surprised at their work which was really cool! 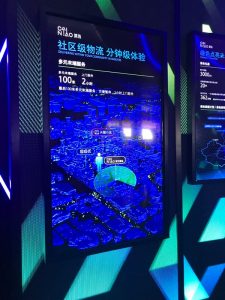 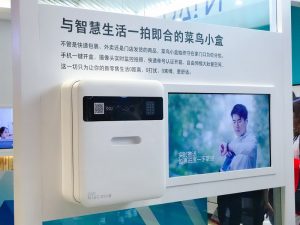 At the beginning of the week, some of our group members went to visit a express transit station of STO Express to have a better understanding about how the label works during the delivering process. Besides, there were 2 cute boys from Cainiao came together with us!

We accompanied a courier to experience how he delivered parcels from selecting the parcels belonging to the region he is in charge of to delivering the parcel. Not only does he send the parcel to the receiver’s home by calling the person, he also puts the parcels into the self-pickup boxes, e.g. Hive Box and Cainiaoyizhan sometimes. The courier said for each parcel he sends he can only earn 1 yuan (around 20 cents）and he needs to pay for the Hive Box which costs around 10 cents per parcel. He said he would like to collect  parcels directly from the sender so that he can earn more instead of just delivering parcels where they might face complaints from the receiver if the method of collection is not what the receiver wants or if they lose the parcel. 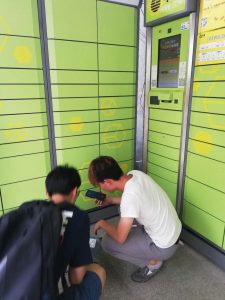 We also found a exercising area for the old in the community which was quite different from those found in Singapore and we spent a bit time playing there.

When we planned to go back to school, it started to rain so we found a fruit store to rest for a while and the 2 cainiao staffs also bought us a big watermelon which was tasted really nice!

This Wednesday we had our last lesson for design fiction. After that we started to work on our final assessment, a 3 minutes video on understanding generation Z. Hope we did well in this course! At last, thanks to our prof and TA for patiently teaching us!