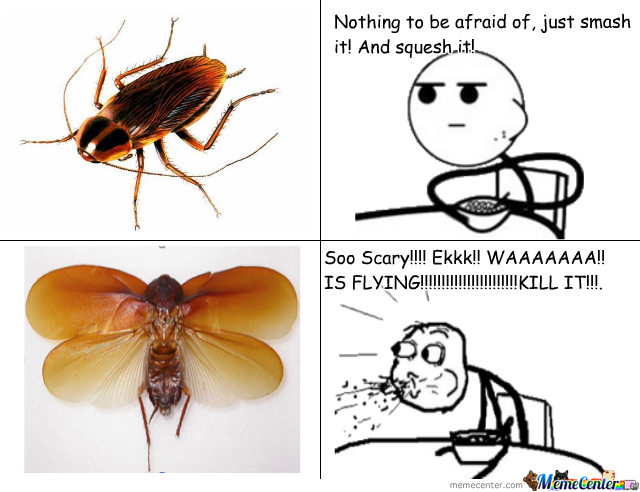 Oh no, looks like I have a new infestation problem on hand and this time it is cockroaches. It used to be mosquitoes, but somehow that has reduced quite significantly even though there are still a couple buzzing around as I type but the real problem in my room now is cockroaches.

This first started put a few weeks ago when the office sent someone down to repair a pipe in my toilet. Some repairmen just came and opened the top of my toilet ceiling and didn’t close it back properly. That is when all hell broke loose.

At first, I only noticed a couple in the toilet and I thought it was a seasonal thing so I didn’t pay much attention to it. But then in the following days, I saw really small ones crawling around and I realised that is when there is definitely a problem. I also noticed that there were some that started to appear outside of the toilet, scaring me in many occasions such as when I was doing my work on my computer and a cockroach would just crawl up to the table. Since these roaches were really small, look like the nymph forms of Singapore cockroaches, I didn’t do much other than catching a few once in a while and flushing it down the toilet bowl.

It was when one day I opened my drawer like usual and literally 5 or more scurried out that I knew I had to do something about it.

I taobaoed it from a supplier in Hangzhou so that it will come as soon as possible and it arrived the next day and that was when I began my extermination.

I first started by spraying it at obvious targets but I realised that doesn’t solve the root cause.

I then began observing them and realised that their numbers increase when I turn off the lights. This means that they are attracted to dark areas, explaining why I had so many in my drawer the other time. I then cleared my drawers and sprayed the exterminator in all the enclosed dark spaces like my life depended on it. And true enough, now their numbers have definitely decreased.

Cockroaches are tenacious creatures and history has shown that they are survivors since they date back to prehistoric times. But I am also a force to be reckoned with, as long as I am in my room, I will make their extermination/expulsion my ultimate goal.

Now, coming into my final week here, I guess I will continue to do what I do by exterminating the roaches, but I am quite sure the problem will not be solved by the end of my tenure. I really pity the next pair who will stay in the room and certainly hope they find a better solution than my current one.

I will also be sure to not pack any of them back with me. Hopefully my house back at home has no such infestation problem especially since I have not touched my room in 3 months.

HAVE A GREAT LAST WEEK EVERYONE!