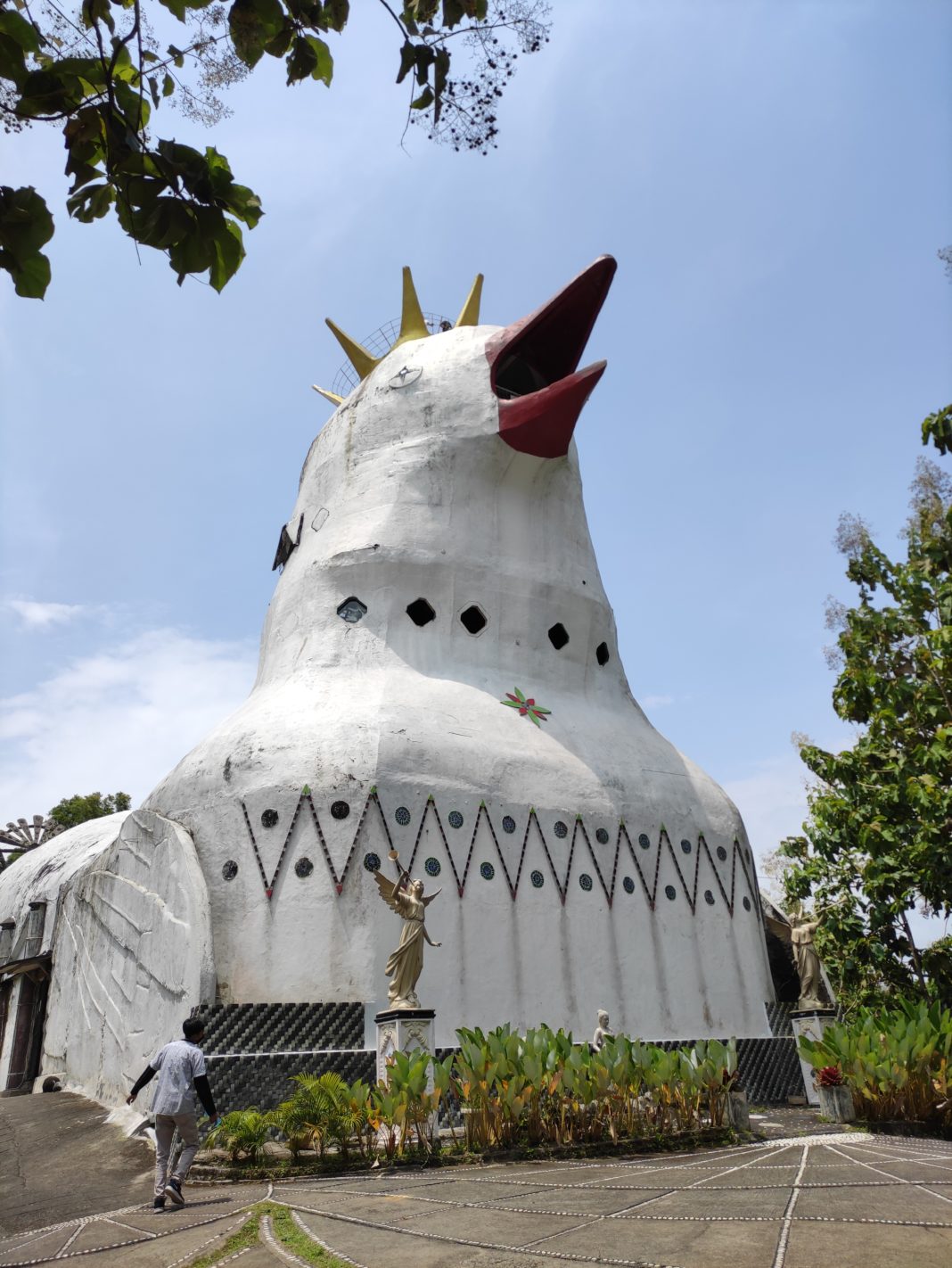 It was finally the much anticipated rest and recreation day. We woke up early as we have planned a full day ahead. We first arrived at Borobudur Temple, the largest Buddhist temple in the world. The entrance fee is 150,000 rupiah (About SGD$15) for a student, so please remember to bring your student card along. We also hired a tour guide which costs 200,000 Rupiah (About SGD$20). As we walked into the park, the temple reveals itself in the distance and its sheer size became apparent to us. 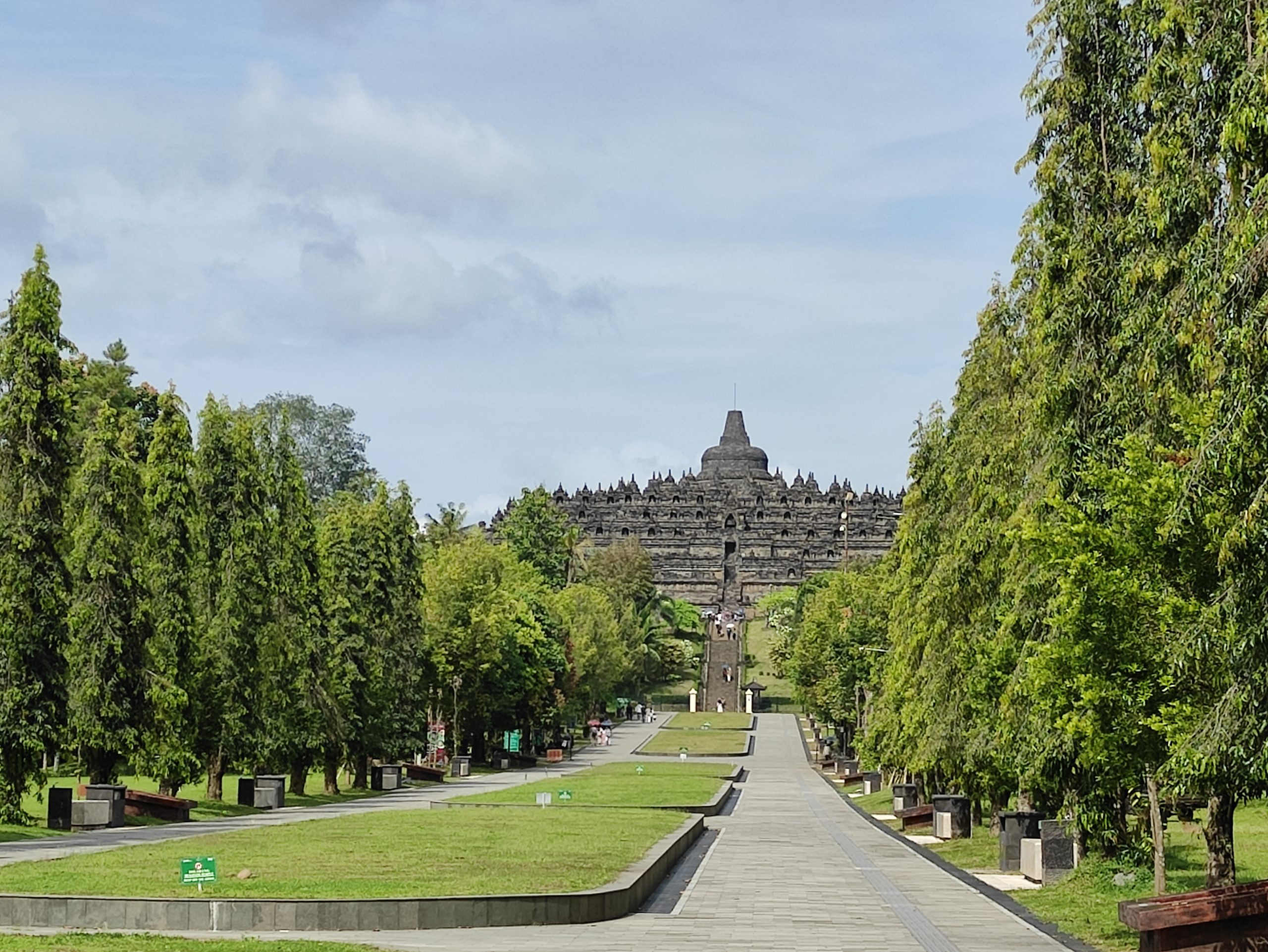 It was said that nine is a symbolic number in Buddhism and a pilgrim should walk around the temple for nine rounds at each level as a form of meditation exercise to ascend from one’s basal desires. Sadly, the weather was too hot, so we decided to shorten our journey to one round. 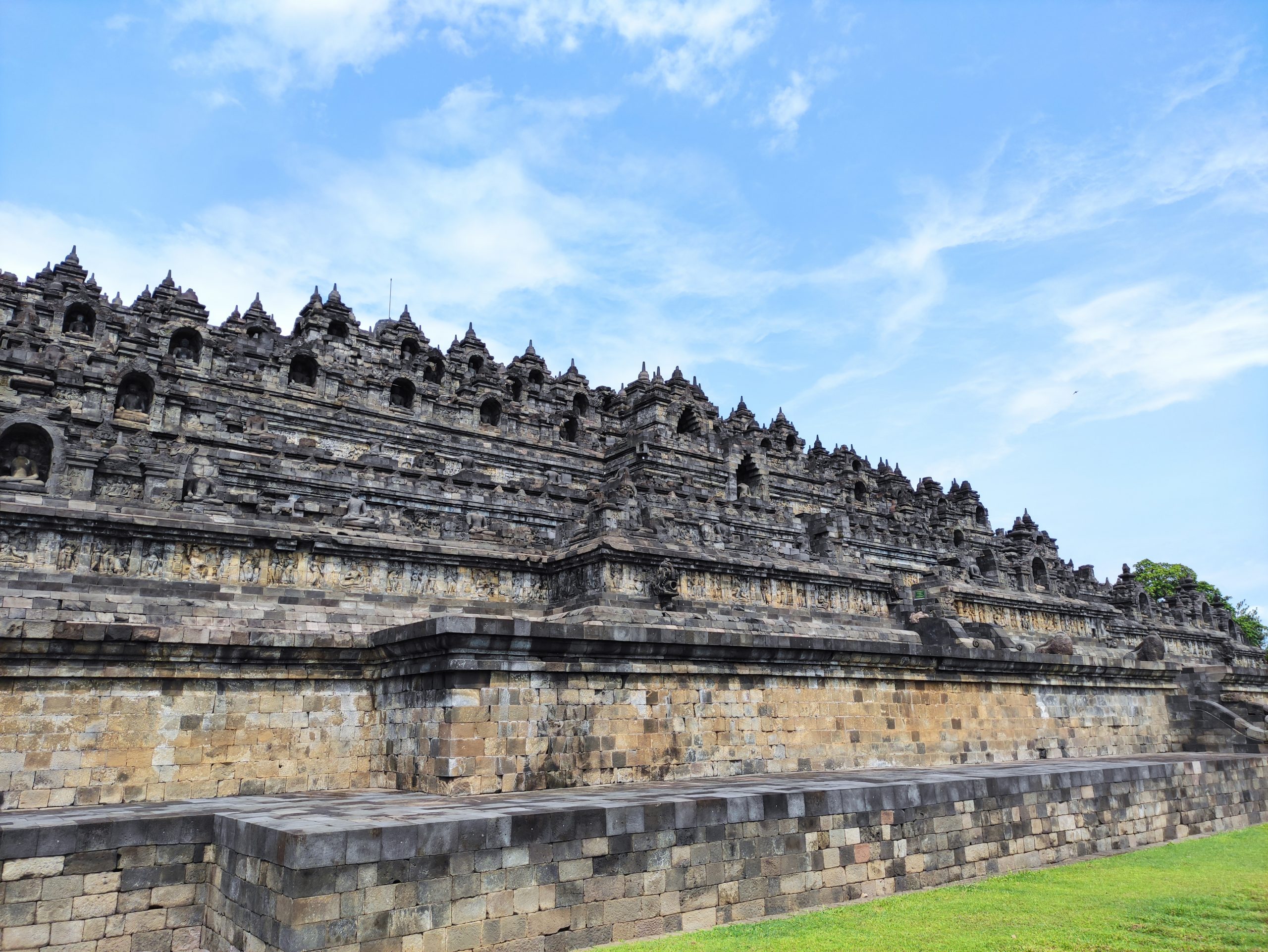 On our journey around the temple, a group of excited Indonesian students approached us for a photograph together. It was either that they mistook me for the actor Stephen Chow or that Covid19 had really impacted the tourism here and they must not have seen a lot of international tourists around. I would like to believe it is the prior. Either way, we gladly accepted their invitation and enjoyed our celebrity status for the day. 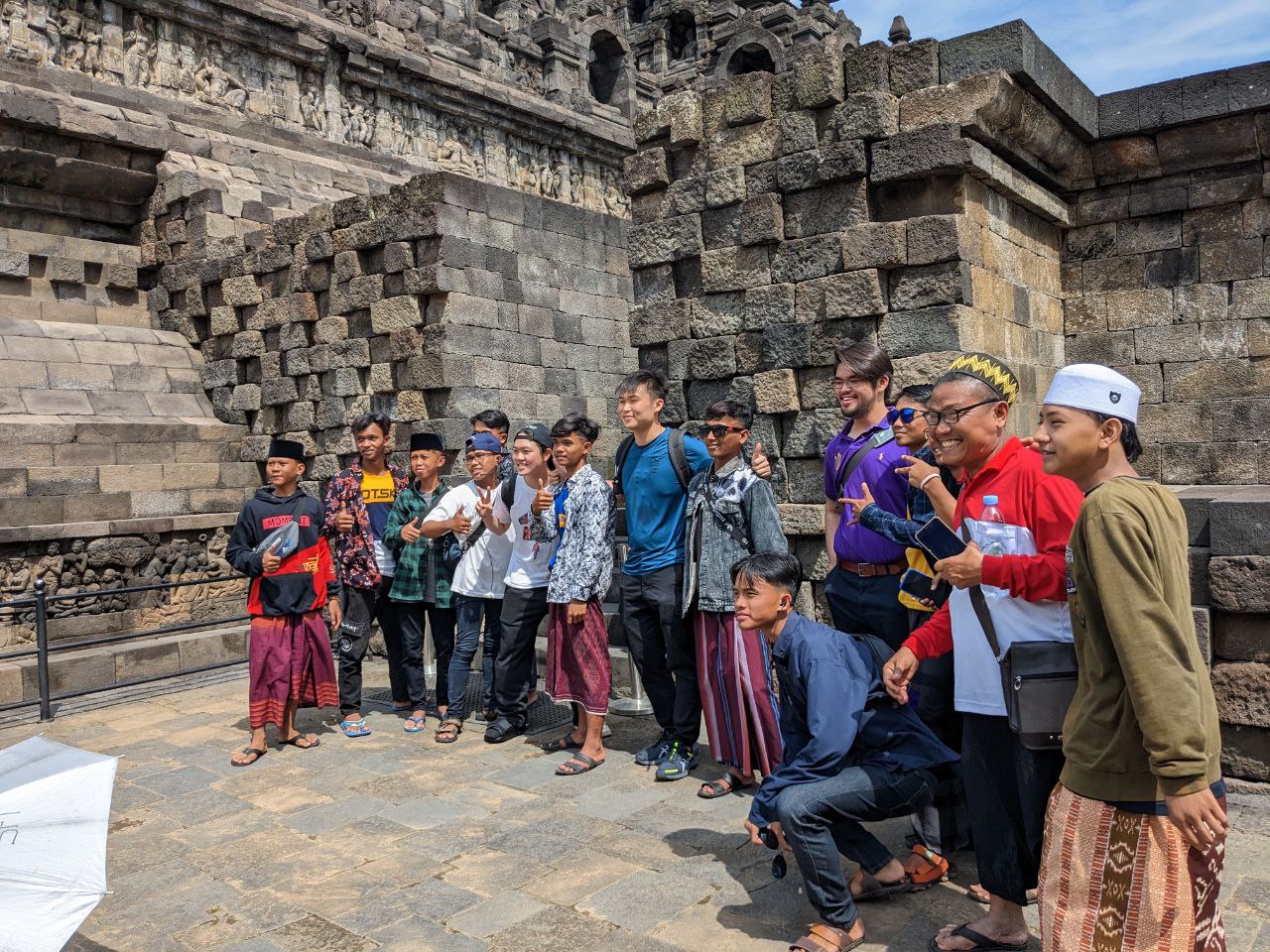 The sun was really bright at this time of the day and the place was already packed, so I would advise potential visitors to either come very early in the morning or prepare ample amount of sun screen. Still we were glad to witness the majesty of this relic from the past and it was worth the sunburn. 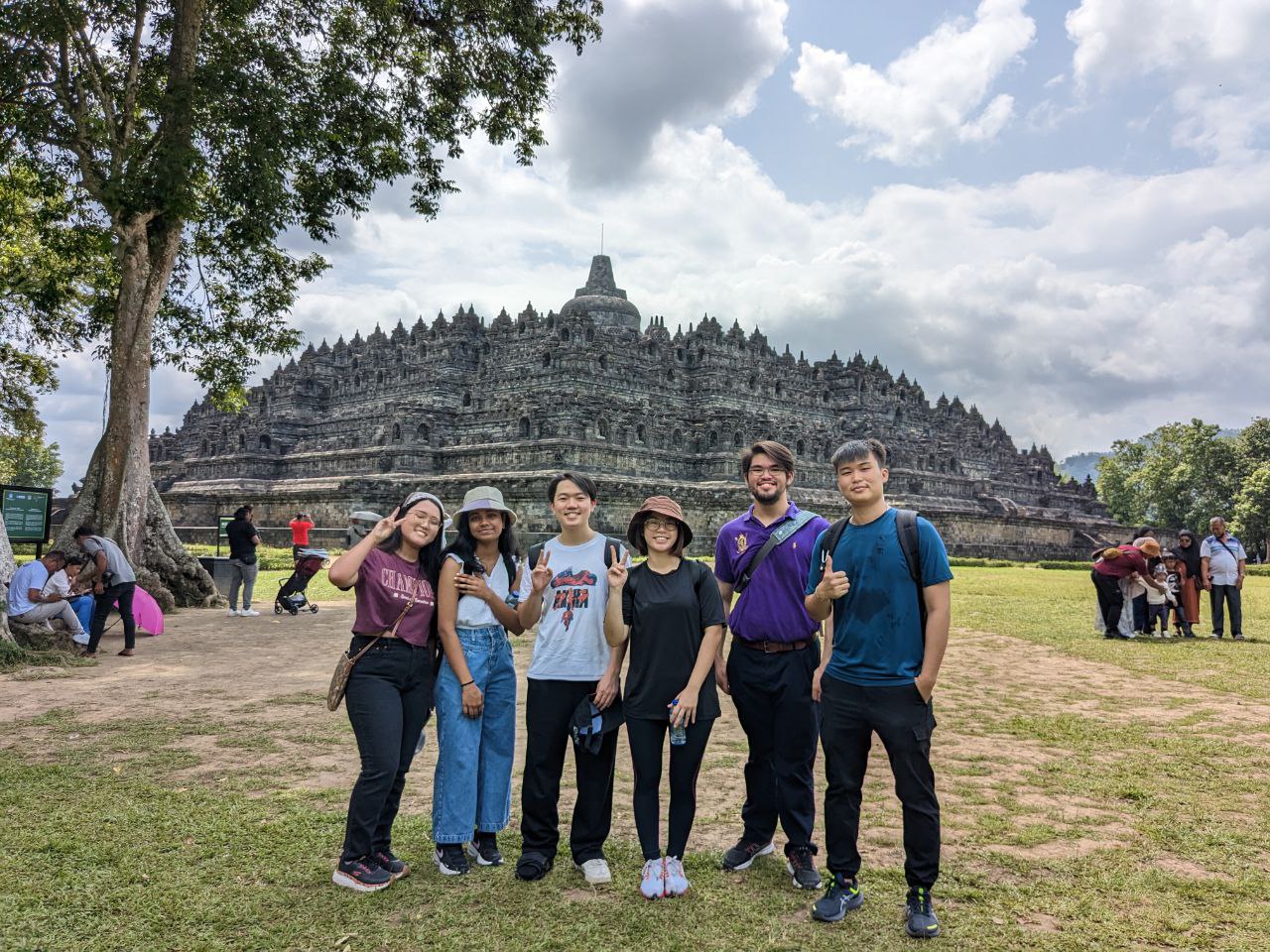 As we exited the temple, we were swamped by vendors peddling souvenirs. The exit route wound around a huge market with endless arrays of overpriced goods. I could not resist the temptation and dropped some tourist cash on a rhythm toy that I had seen all the Indonesian kids playing with on the street 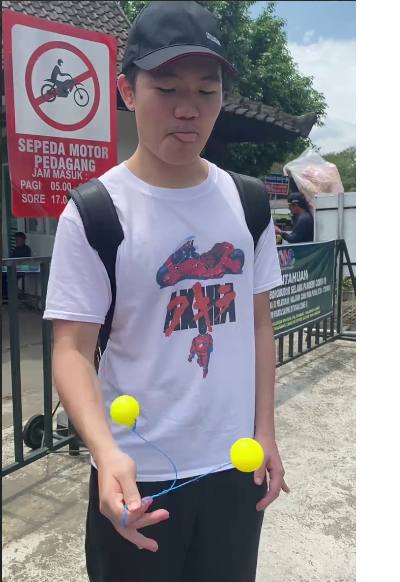 We then moved on to Jejamuran, a specialty mushroom restaurant kindly recommended by Bei Ru. It was delicious and refreshing to have a meal that consist almost solely of fungi. It was pretty affordable too and came to about 75000 rupiah per person. (About SGD$7.20) 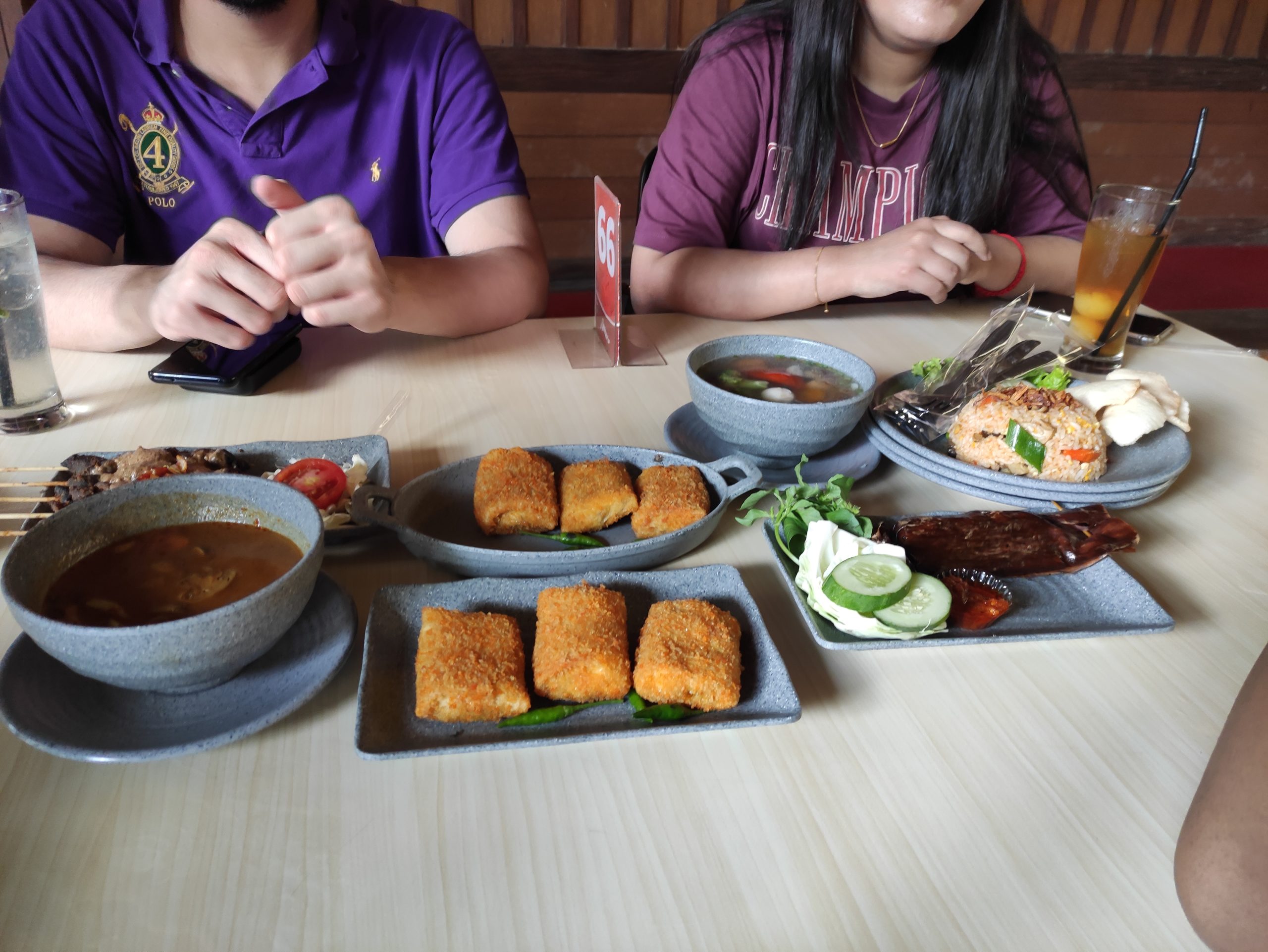 We then moved on to Ayam Gereja, also known as the chicken church. Although the builder intended it to be in the shape of a dove. 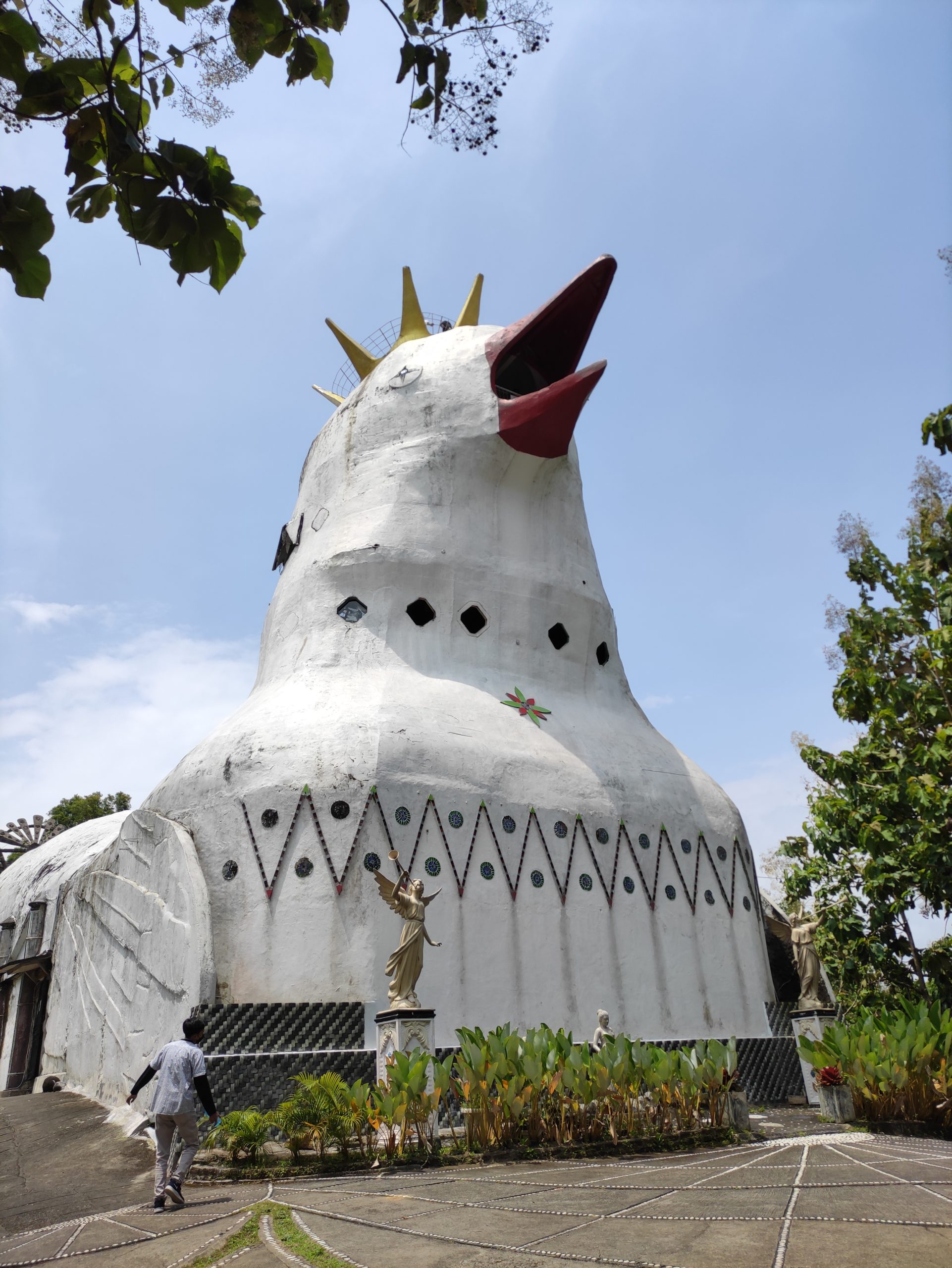 And No, there is no worship of chickens, doves or any any other poultry inside the church. It is a place that welcome visitors of all religion and faith. It was built in the shape of a dove because the person who built this Daniel Alamsjah had a vision in his dream. The church was situated at vantage point and peered over the surrounding valleys and rice fields. 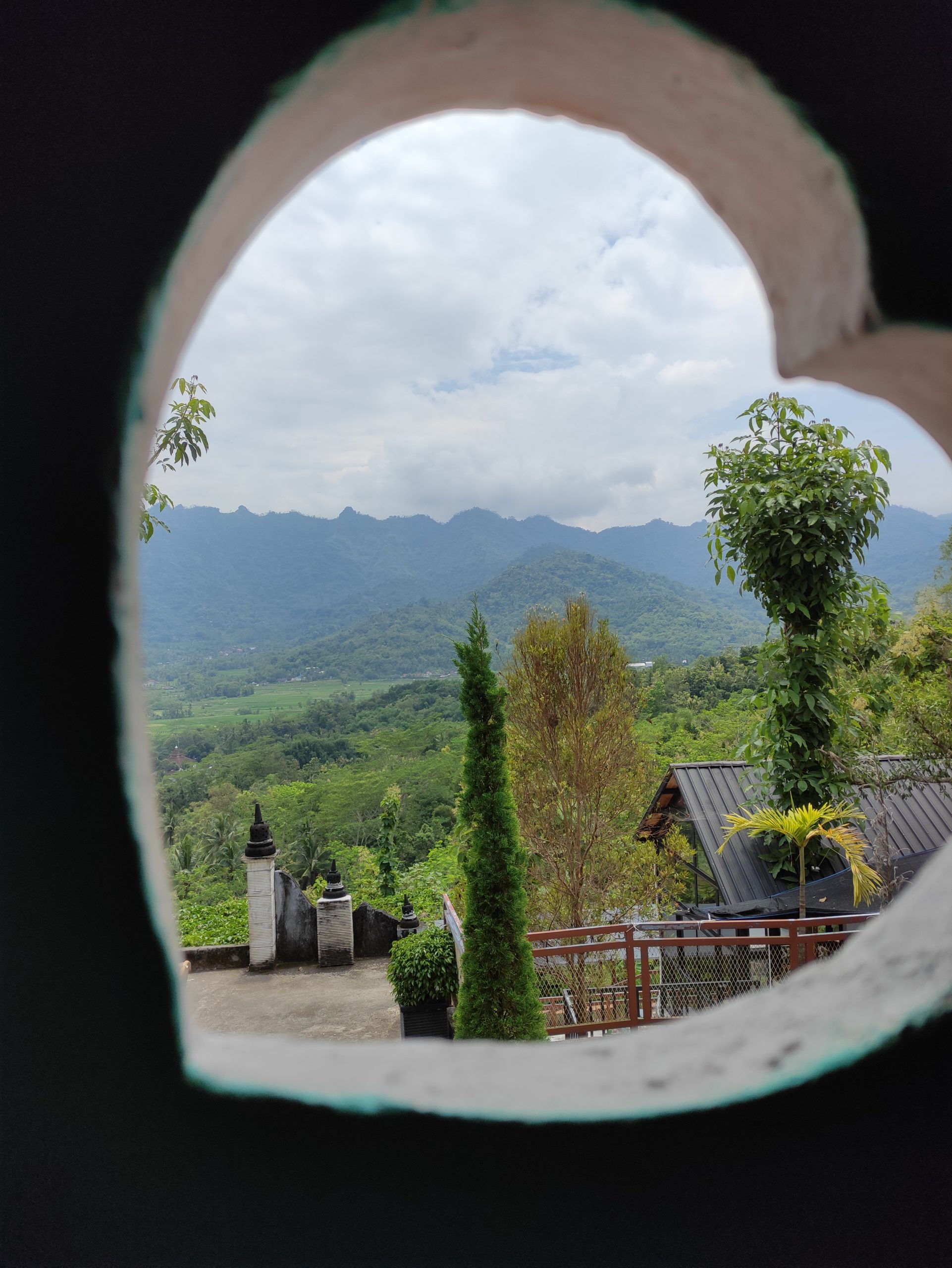 We initially planned to go to the Taman Sari water castle but realised that the temple closed at 3pm. So instead we turned back to the hotel and slept. But fret not, here are some pictures of our friends Zac, Athena and Illi enjoying the castle. 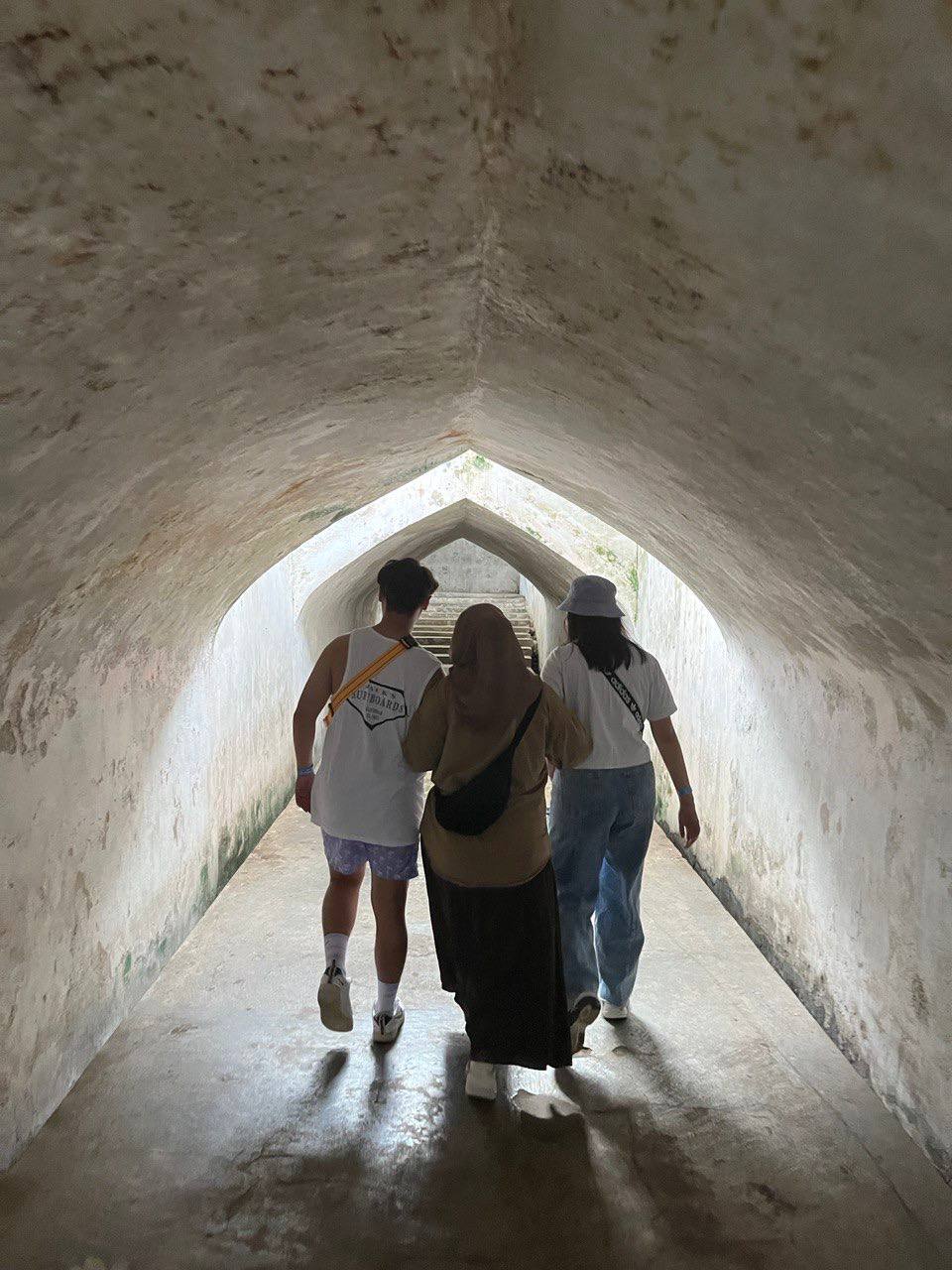 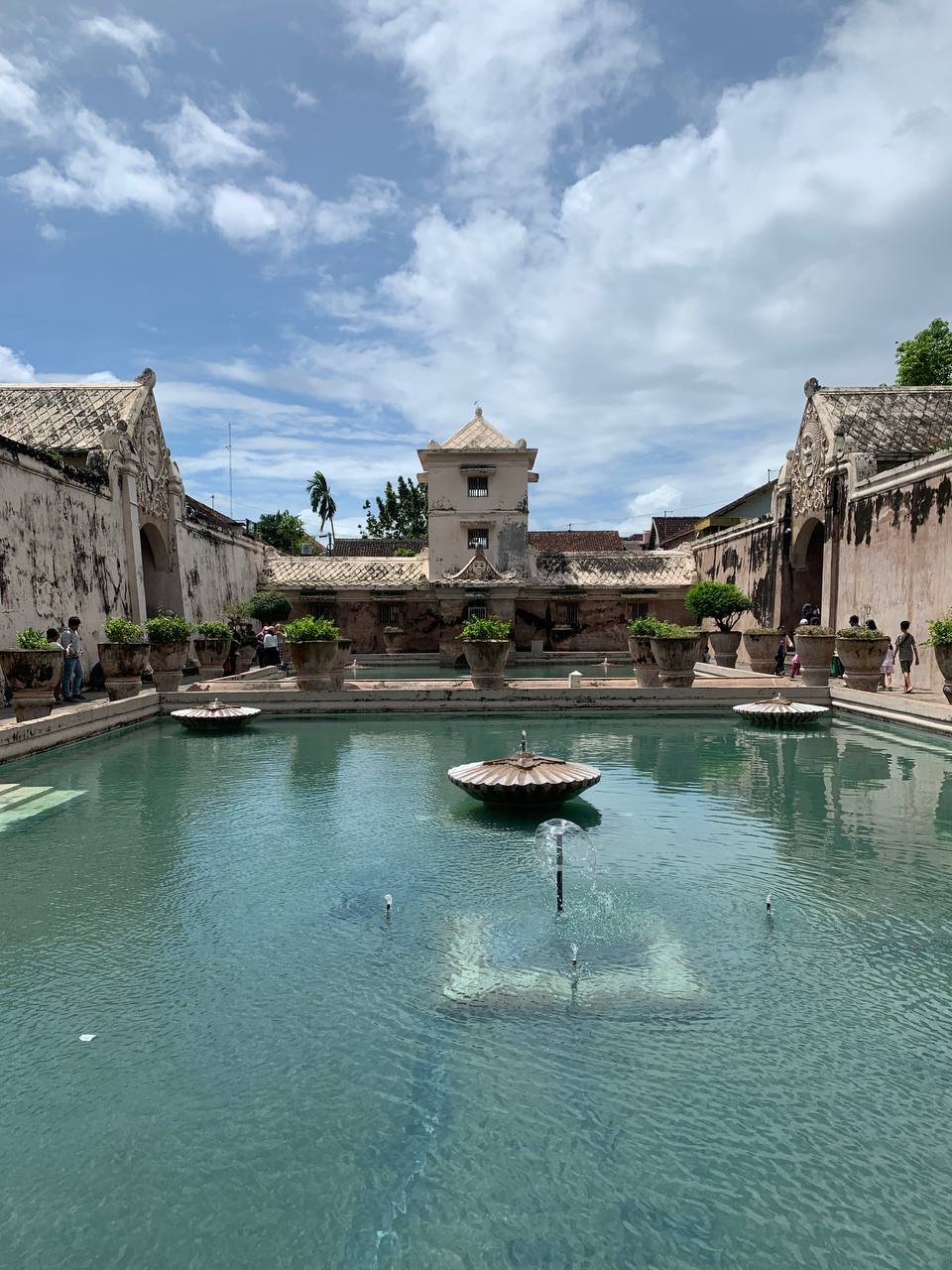 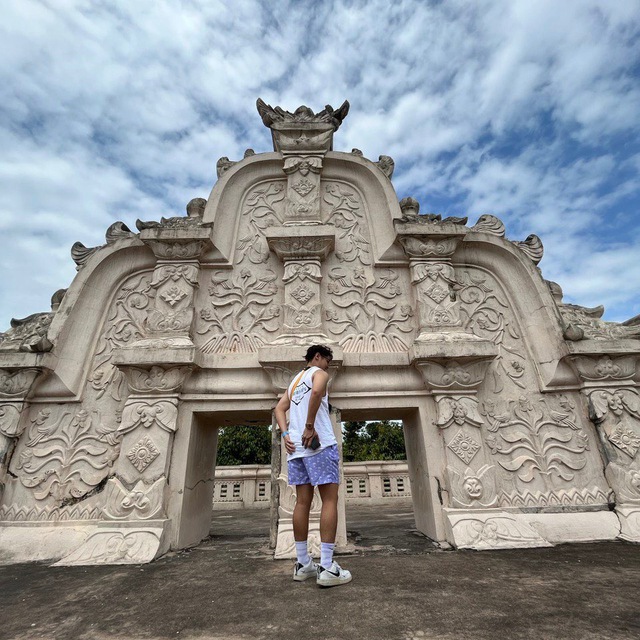 We reunited with the whole group and Professor Pablo for dinner at a Javanese seafood restaurant called Gubug Makan Mang Enking Soragan. The food was great but the company was better. Also there were mice running around the dining hall beside us, so rodent hater beware! 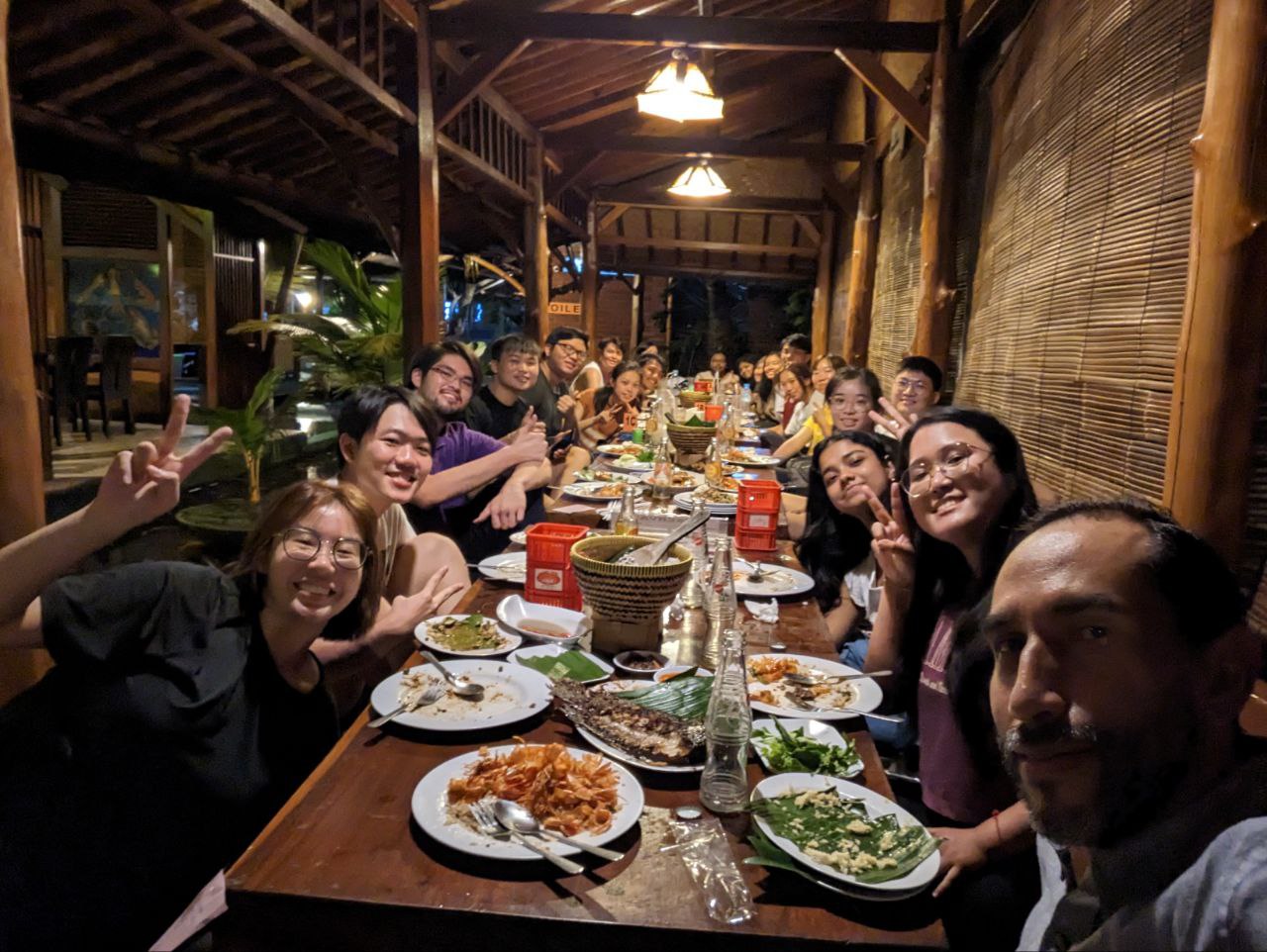