After settling down in Hangzhou, I and my friends decided to explore the city that we would be staying in for the next 3 months. After some research, we found that one of the most bustling and scenic areas of Hangzhou was around the 西湖 area so we decided to visit there first. We started our journey by having a casual walk around the lake.

The lake was vast and dotted not only many street side stalls and boats in the water but also the massive amount of people taking a casual stroll along the lake and enjoying its beauty with the mountains in the background.

Unfortunately, due to the weather starting to turn for the worst and we had to seek shelter and could not continue our exploring around the lake. Fortunately, we were able to find a nice cafe beside the lake where we enjoyed the cafe culture in Hangzhou which surprisingly was not too different from Singapore with the atmosphere and menu items not too dissimilar from Singapore.

We then proceeded for our very first dinner in a Chinese restaurant called 老婆家 where we had a large spread of food at a comparatively low price point compared to Singapore. The food was delicious and filling at the same time, making all of us extremely satisfied customers. When it came to paying the bill, we were surprised that the meal had only cost us 10 dollars per person despite us ordering such a large amount of food. We had certainly found a place that had great value for money.

On Tuesday afternoon, I and my friends decided to have a more relaxing day and stumbled across a Karaoke place which on the spur of the moment decided to go ahead with the idea of singing Karaoke. We really had fun singing our favorite songs in both English and Chinese as well as laughing at each other for our sometimes off-key singing.

After our karaoke session, we did a little bit of research and found a street food area where the food stalls specialized in crawfish. The crawfish was done in many different ways, some of them include crawfish in 13 spices and crawfish with 麻辣. The meal was scrumptious as usual and we left the place full and satisfied.

On Wednesday, we started off our day with a tour involving the history and achievements of Zhejiang University. We learned that the original name of Zhejiang University was called 求是书院 and the founder of the school studied the western style of higher education and applied it to the school. This was surprising information for me as I did not know that the Chinese were taking cues from the west for their education for over a hundred years. I had also learned about the high reputation Zhejiang University had even by those in the west when Joseph Needham called it the “Oriental Cambridge” when he visited in the 1940s.

Zhejiang University also has a large variety of research projects, ranging from environmental projects to transport. One of the projects that intrigued me was the carbon aerogels which is less dense than air but are able to absorb over 900 times their own weight which allows it to have a variety of applications, from environmental to commercial machinery. 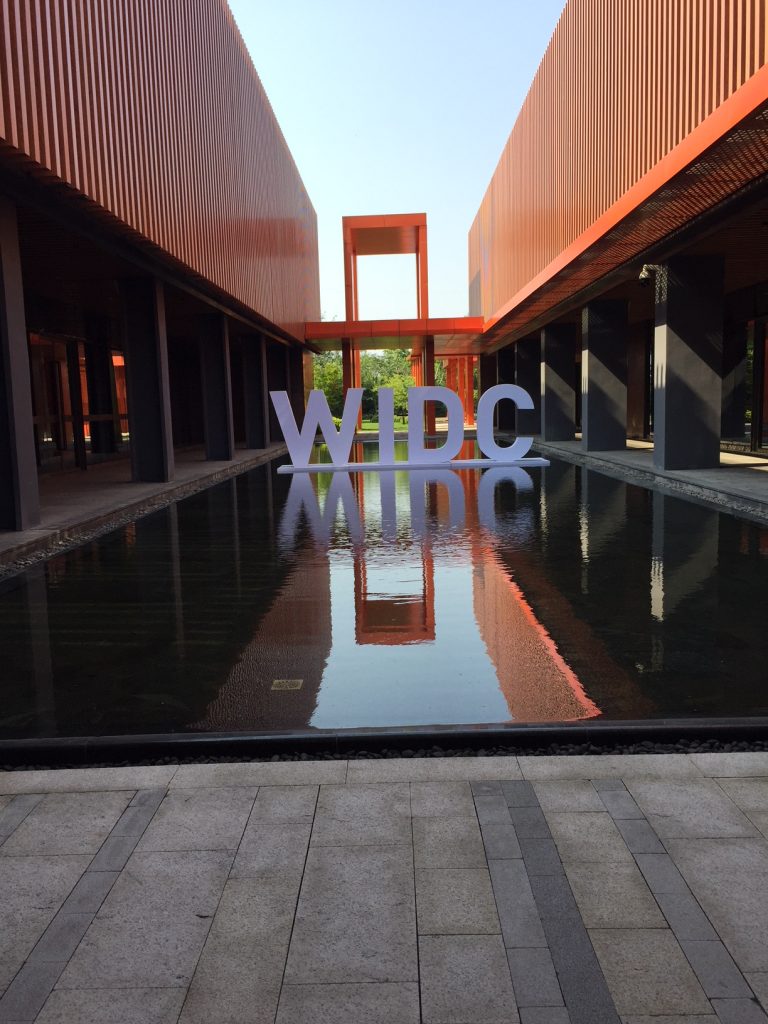 In the afternoon, we went to the World Industrial Design Conference(WIDC) where many of the different products by many different companies were displayed. There were many different types of products ranging from transport items to daily items such as bags. Each product had a unique design and it would be something I aspire to make one day.

We were also introduced to the various prototyping methods used by the manufacturers in China in the WIDC. They used sophisticated 3-D printing machines to allow them to print many different materials with high precision to create prototypes for both clients as well as themselves. With the use of cloud computing, additive manufacturing, and computer-aided design they are able to produce prototypes for clients in a few days compared to the weeks that it would take with traditional methods. I was really impressed by the technology employed by the companies here in China which is really advanced compared to Singapore where only in recent years has the prototyping process moved towards additive manufacturing. SUTD has really been forward thinking on this front, due to the 3-D printers and other prototyping equipment in the school. Through this, we are able to experience these new manufacturing techniques and keep at the forefront of technology.

On Thursday, I and my friends decided to go on a hike to 北高峰. The initial part of the hike to the base of the mountain was quite enjoyable was the weather was cool and being surrounded by all the greenery was quite surreal as being in the city can get quite boring.

By the time we got to the base and saw the long trail of stairs ahead of us we knew were in for a challenge. As we climbed, there were markers that indicated the number of steps remaining which allowed us to track our progress and continue pressing on towards the summit.

Once we reached the summit, we were greeted by a temple gate and a radio tower within the temple which was quite unusual but shows that this city has really embraced technology and their traditional roots at the same time. We then went down to the viewing platform where we got a chance to see the entire west lake in its entirety which was not possible before. Unfortunately, it was quite a cloudy day so we were not able to get the best view of the area but it was still a great view nonetheless. We then made our way down the mountain using the cable car and went off for lunch.

On Friday afternoon, still filled with energy after our climb the day before I decided to visit a rock climbing gym to train and introduce some of my friends to my sport of bouldering. The gym had a good variety of routes where we had fun trying new routes (and failing) and learning more about the sport. Some of the routes were simple while others provided much more of a challenge but overall it was a really fun experience climbing overseas for the first time.

On Saturday, it was buddy day and we started off our day in school with our buddies bringing us around the school so that we were more familiar with our surroundings. It was much needed as we were still new and unfamiliar with such a large campus. We got a look at some of our buddies classrooms and realized that we were not so different in terms of our working styles. Most of our buddies were in the industrial design course which meant that were doing similar things as us in SUTD and the state of their classroom was the proof. It was as just as messy as ours in SUTD which shows that no matter where you are in the world, the Design process remains the same. It is made up of a lot of trial and error and iterations.

We then went off for lunch which was a scrumptious meal outside of school where we had several local dishes at a great price point. These dishes were varied in nature, from modern dishes such as ice cream bread to more traditional ones such as salted veg soup with fish. It really gave us insight into how Zhejiang was a combination of old and new.

This combination was also seen in our visit to 南宋御街 where the merger between modern and traditional elements was very prominent. Most of the buildings in 南宋御街 had very traditional Chinese architectural elements such as the sloped symmetrical ceramic tile roofs and the canal that flowed at the sides, along with the entire length of the street. At the same time, there were large commercialized companies such as Starbucks, MacDonalds, and dairy queen, selling modern products in buildings with modern architecture littered along the street. These modern elements although standing in stark contrast to the more traditional buildings serve as an example of allowing forward progression while keeping traditions intact.

For dinner, we went to a hotpot buffet where we were treated to an immense spread of food. It ranged from all kinds of seafood such as mussels, clams, prawns, and salmon to more traditional option such as beef and chicken. The drinks were just as impressive as there was cocktails, beer, fruit juices, and soda. We all left the place with filled bellies and satisfied grins but also without burning a hole in our pockets despite the great food.