You might have noticed that the past few weeks have been more low-key, and I’ve been going out less. There’s actually a reason for that. And the reason is that I’m going broke HAHA. In fact, we have just made soft plans to travel after the last week of ALP (which is just 3 weeks away OMG). Yes, this means I’m even more broke now and it also means I’m going to enjoy less of my ice-cream and 葱油饼 );

After wrapping up my crash-course to Tensorflow (FINALLY), my fellow DIP groupmates and I have decided that for our theme submission we would be doing a facial recognition package. While doing some preliminary research into available open-APIs, this seemed the easiest and we thought that we could get it done in a matter of a few days.

But guess what? It’s 10 times harder than it seemed haha.

We had actually got a working model out in one night, but this was because we just used a public API and configured the code to recognise our faces. (This is actually a very powerful model, FaceNet. If anyone is interested in facial recognition, this is a good place to start)

This code is already programmed to run on the Movidius NCS. However, we are required to run our code based on the Tensorflow graph and not NCS graph. This meant that we had to find a way to either convert the NCS graph or generate a Tensorflow graph instead. Once again, I’m not going to bore you guys with the details, but it is a lot of work (at least for us, who are new to this).

I really hope we can get this done soon HAHAHAH till next week y’all. 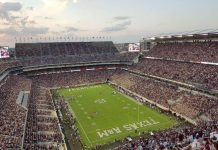 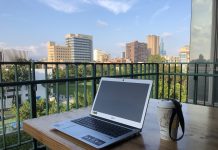