After a hectic week of rushing our assignment, we finally presented it to the rest of the DATE cohort and off we went onto our respective trips!

I planned to head to Beijing with my friends, to travel to the great wall at 司马台 and visit other sights like Tiananmen Square and the Forbidden City. However, our plans were cancelled due to typhoon Lekima. On the day we were supposed to travel, all our trains were cancelled. It was quite a downer, having to fight through huge crowds at the train station to get our tickets refunded. Not sure of what to do next, we headed back to our hostel to get some rest and to re-plan our trip.

In the end, we decided to head to 千岛湖, a manmade lake which features over a thousand different islands of various sizes. Many of these islands are still commercially inaccessible and full of lush greenery. 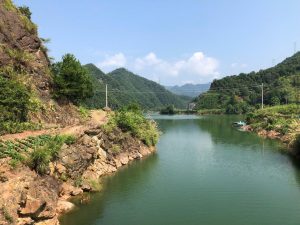 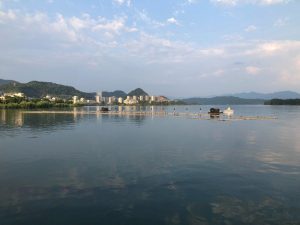 We spent much of the first day getting there and settling into our hotel. Each room had two cans of beer (hehe) and free-flow beer on tap from the lobby. In the evening, we rented bikes and got to following our initial plan – cycling around 千岛湖! It was all so mesmerizing, like straight out of a movie.

Almost like a budget Santorini, we found some scenic areas with little apartments jutting out from the slopes of a hill. 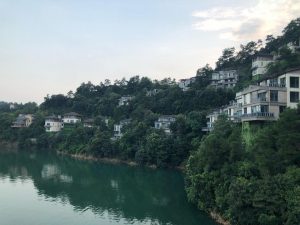 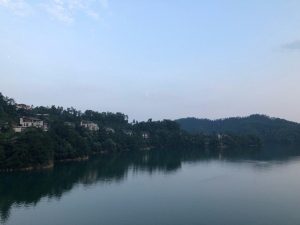 At sunset, we caught a few pictures of the orange sky with overcast clouds, reflecting off almost perfectly still water. We stopped cycling shortly after dusk because it got pretty dark around some parts of the island and it was more unsafe.

On day 2, we carried on cycling and headed towards one of the famous bridges of the lake.

On both sides of the bridge, it was water as far as the eye could see! The views of the road itself were very aesthetically pleasi 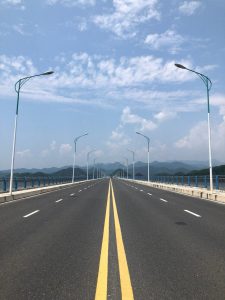 After all our cycling was done, we had a great lunch followed by some fishing at 钓鱼岛 (not to be confused with the diaoyudao that countries are fighting for ownership of). We did not have any pictures of this because we were all desperate to at least catch something and not waste our money. However, we ended up getting neither fish, nor pictures.

All in all, it was a great break to 千岛湖. After resting for two days in Hangzhou, it was off again, this time to the famous 黄山.

A grueling climb up stood between us and our accommodation. Despite taking the cable car, it was still about 2 hours climb to the 白云 hotel where we wanted to pitch tents for the night.

Luckily, we managed to get up there and set up our tent in time for sunset! 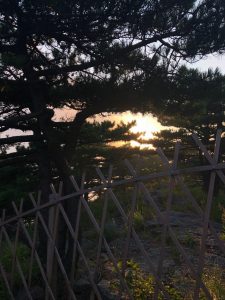 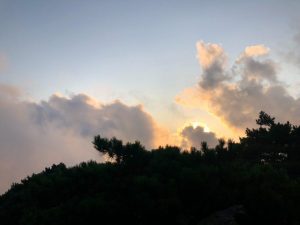 Standing at Bright Hill Peak (1840m altitude), we caught the sun peaking through the clouds as it set. The area was full of tourists scrambling to get their cameras in front to capture the beautiful sights ahead of them. The skies were cloudy, so we only got to see the sun every now and then. However, this made for very nice pictures of the silver lining as the sun emerged.

After sunset, there’s honestly nothing much to do in 黄山 as it gets dark and cold really fast. 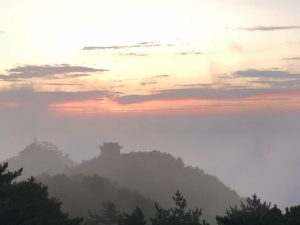 We huddled in our tents, played card games and kept warm on instant noodles till it was time to sleep.

The next morning, we set off with another DATE group that coincidentally had plans to travel here too. We headed up to Bright Hill Peak again, this time to catch sunrise! 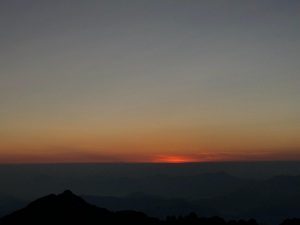 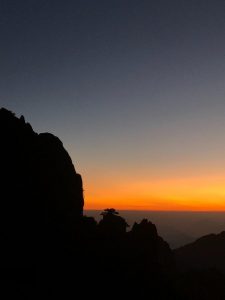 We thought we got there a little late as there was already a small crowd at the edge of the peak, but we realized that we were wrong. Halfway while taking pictures and time-lapses, we turned around to see at least 15 more rows of people all packed like sardines, trying to get as close to the front as possible. Everybody was waiting for the predicted time of the sunrise. As the silhouette of the sun rose, we could hear the excited gasps of the other overnight campers. It was quite a sight to behold, but sadly, phone cameras don’t do it justice.

This was our last day at 黄山, but we got some pretty amazing views on our way down the mountain too! 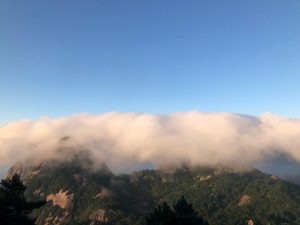 Being quite high up, we were on the same level as the clouds. We could see the sea of clouds floating over the other mountain peaks, with nothing but vibrant blue sky above. 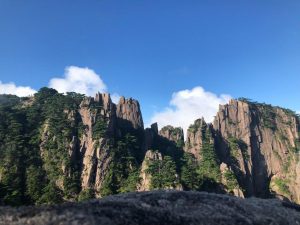 At some of the other attractions of the mountain range, we could see the clouds rising up through the valleys and drifting over us. This was another shot I got at 飞来石, a different attraction of 黄山.

By this point, we were pretty tired as we’d climbed a total of maybe 200 floors up and down across the two days. We hurried down and got on our cable car ride back to the base where we had a great lunch. After lunch, we went back to Hangzhou to wash up, pack up and prepare to head back home to Singapore.