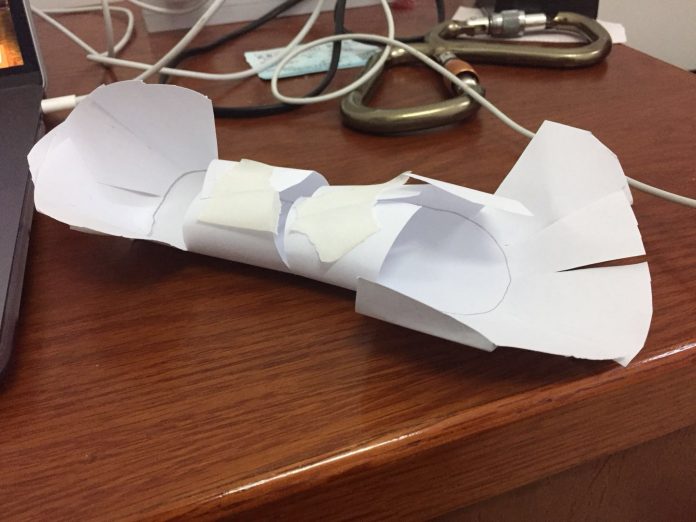 It was the start of another week and the start of another new course in ZJU which was Design Thinking. Most of us went in thinking that it was going to be a similar course to what our seniors had gone through which was making origami robots, but we were wrong. It turns out that the project this time was to create an item with moving bits of paper that had PLA filament printed on them so that they could be controlled either through electricity or heat. We also had to use a form of a book and fill in the statement of this book is ____ which I was taken aback as to how to start when the topic was already so broad in the first place even when not considering the mechanics yet. Time was not on our side as we had to already think of our idea and prototype by Thursday it was certainly going to be a challenge.

Thursday was the day of our presentation and we had thought of 2 ideas around the topic of convenience. Our statement was: This book is convenience. The first idea was a food timer where when the heat is raised, and the food is cooked, the device would open up through the movement of the paper actuators responding to heat. We were inspired by food and the upcoming dragon boat festival so we decided to make it in a shape of a glutinous rice dumpling. The second was a self-folding shoe which would mold and conform to an individual foot shape and size. The teaching assistants and professors were all quite impressed with the practicality of the design and encouraged us to work harder to think of the mechanics to make the product a reality.