On day 8 we took a domestic flight to Xi’an, and we tried the Burger King at the airport. Once we arrived, we were received by Xi’an Jiaotong University at the airport.

We attended the welcome ceremony and were brought on a tour of the beautiful school campus. We attended a series of lectures about Chinese poetry and Guzheng. After that, for dinner we ate at the Dumpling Banquet with live music performance for dinner. The dumplings were shaped like cute animals. 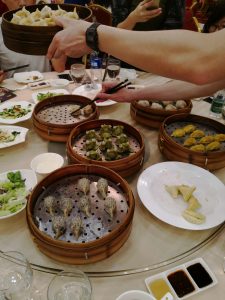 After that we watched a mesmerizing performance – the Tang Dynasty Music and Dance show, with beautiful sets and costumes. At Jiaotong University Museum, we attended a Folk Culture (calligraphy, peasant paintings and shadow puppets) lecture. We got to practise our calligraphy again. 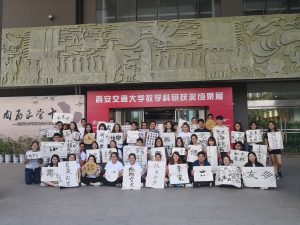 We also got to see the behind the scenes of a shadow puppet play. After that, for lunch we had hotpot, which had a huge variety of dishes. It was very delicious. After lunch, we visited the Yang Mausoleum of Han, which is the mausoleum of Emperor Jing, the fourth emperor of the Western Han Dynasty and his Empress Wang. 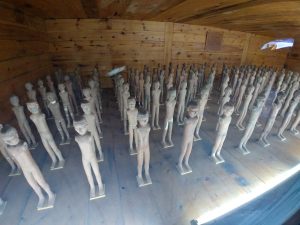 Then we headed to the farewell dinner where we said goodbye to the Xi’an Jiaotong University Students (see y’all soon!) On day 11, we were received by Shaanxi Normal University. We went on a school tour of the scenic campus. At night, we went to a nearby mall for crazy karaoke. 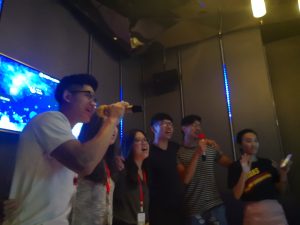 After attending the welcome ceremony, we attended a paper cutting workshop. For dinner, we had barbecue with a rich variety of dishes. In the morning, we went to see the terracotta warriors. It was very crowded. 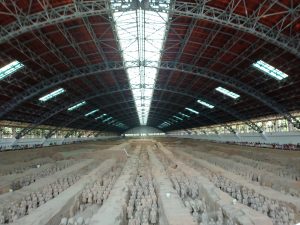 While waiting for our turn to enter the building, we took a romantic photo with Charles. Outside the museum, Charles Jason and Haoze satisfied their strange taste buds with these fried scorpions. In the afternoon, we scaled the beautiful Chengqiang (Xi’an City Wall) Then at night, we visited the bustling Muslim Street, where we had the famous Tang Bao (soup dumplings) for dinner. We were allowed to freely roam the street after dinner, and we decided to try the ice cream with exotic flavors (tofu, seaweed, chilli oil etc) In the early morning of our last day in China, we had Taichi lessons by China’s national taichi Champion. Haoze’s pants were too tight for this. Then we had our last meal, for which we decided to sit together to make the best of our remaining time together. We took a pic with our MVPs, Ms Ong and Charles. Then it was time to say goodbye to the Shaanxi Normal University students. (till next time!) Overall, I would say that SSUE is one of the best school trips I have ever been on, and I really treasure the things I have learnt, and the friendships I have made throughout the trip. (after returning to Singapore, we still meet up with our new found friends from all 4 Universities in Singapore)