Hey everyone! It’s the end of the second week! For this weekend’s adventure, we decided to make a trip down to Hangzhou’s famous Xihu (or West Lake) 西湖. There are many scenic routes to take around but we decided to challenge ourselves with a 12km trek route because we fitspo (it was really all Dan-senpai’s idea).

Luckily we checked the weather forecast because the weather was sooo good (thanks Dan) cause there was hardly any sun. But the good weather came at a price because even though we were supposed to past by many good points to admire Xihu, but it was way too foggy to see anything. It was really disappointing because we spent a good 3 hours but didn’t get any view. Well at least we enjoyed watching Kenji and Chen Ran’s dance HAHA.

Along the way you’ll also get to enjoy the view of the many tea plantations around. They also sell their tea leaves in many of the stalls around (they look really pricey tho). 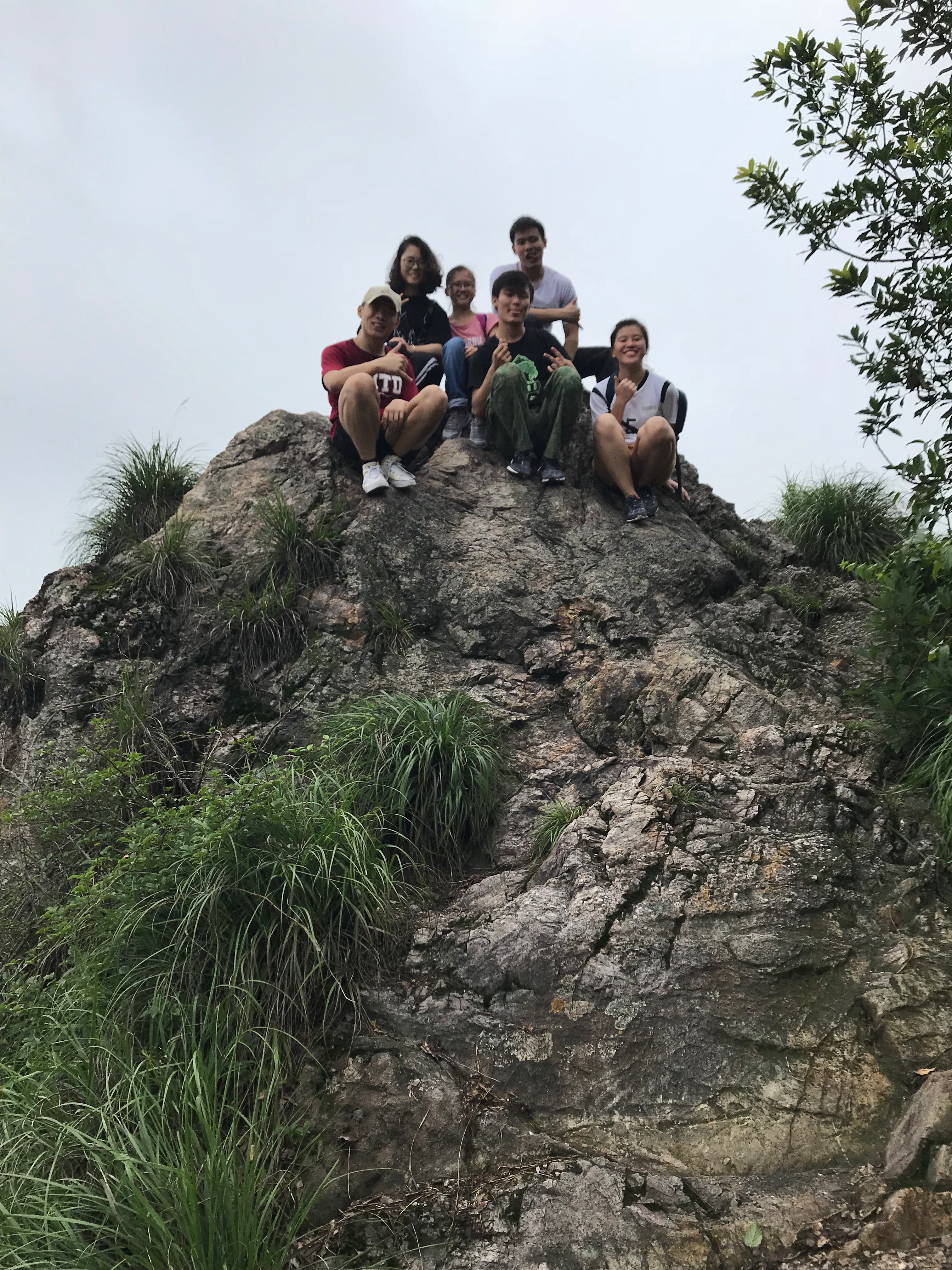 Apart from my Theme (AI Empowered Design) assignments, we are also involved in an ongoing module called DIP. This module is very similar to the infamous 3.007 Intro to Design module we have in SUTD. Students here were given a broad focus namely Machine Learning and were given the flexibility to identify any problems they wanted to solve with the aid of ML.

In fact the groups have been working on their projects for slightly over a month now. They are nearing the end of the ideation phase and proceeding towards the product development. So on a late Thursday night, we sat in the groups’ weekly presentation and was asked to choose a group and join in their consultation session.

And so we did and were given the opportunity to speak to the group to understand their idea better and where they are now. My group’s idea is to create a platform of IoT devices aimed to tackle the issue of estranged families. According to the students, there is a large problem of children being separated from their parents and families for various reasons, typically for work or study. Their goal is to create a central brain that is linked to various modules to tackle this. Sounds interesting aye? Well I’ve haven’t fully recovered from my 3.007 experience (from all the sleepless nights and tight deadlines) so let’s hope it won’t be too bad here as well!

This is probably the most cliché topic to speak about since every ALP student writing their journals will definitely write about this. But wow! Alipay is such an amazing platform. It is so convenient you can even split the bill with your friends with a few clicks on your phone. Literally everyone is using it, be it for daily commute, in restaurants and road-side stalls, to washing machines and vending machines. It’s everywhere.

Hangzhou is super advanced in terms of their cashless payment services. In fact they are so advanced that even their school card is linked to an internal system which you can top up (with Alipay of course) and make cashless payments in school.

In fact, it’s so convenient that most people don’t even use cash. Most days I don’t even carry cash around with me because everything is linked to my Alipay on my phone. You’d think this might be a problem because your phone’s battery is sure to drain away quickly. Their solution to the problem? They have kiosks around the city (mostly in malls, cafes and bars) that rent portable charges for 1CNY/hour (that’s around 0.20SGD).

Alipay also keeps a tight security on who can create an account to prevent misuse. To sign up with Alipay, you need a working bank account within China, and also you need to verify your ID with your passport (for foreigners). So everyone is only allowed to one account with a unique user ID, sort of like how we are each assigned a unique NRIC number.

I believe in terms of technology, Singapore is no less prepared than China. We see many cashless platforms coming up, with PayLah and PayWave et cetera. However we still see a lack of infrastructure supporting this system. In a way, not all stalls are equipped with the tools to carry out these transactions. And even if they do, most stalls bear the cost of operation themselves. Perhaps this is one of the reasons why cashless transactions is currently not as convenient as it is here.

Well in any case, days are starting to look busier. Let’s continue hoping that the next few weeks will still be enjoyable!