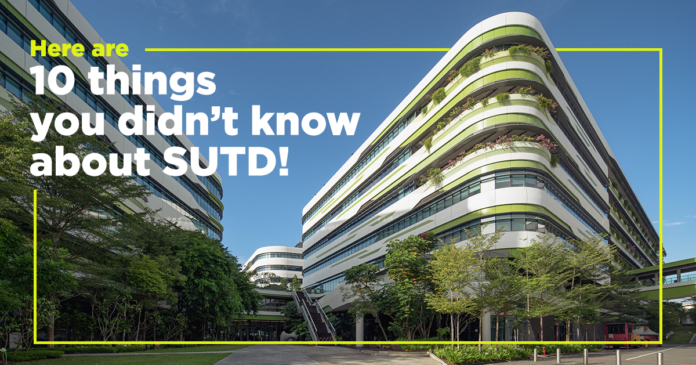 You probably know SUTD as Singapore’s fourth autonomous university, as well as for its design-centric and interdisciplinary approach to solving real-world problems.

Here are 10 interesting facts about SUTD that you may not know about!

1. There are four 400 year-old structures at SUTD! 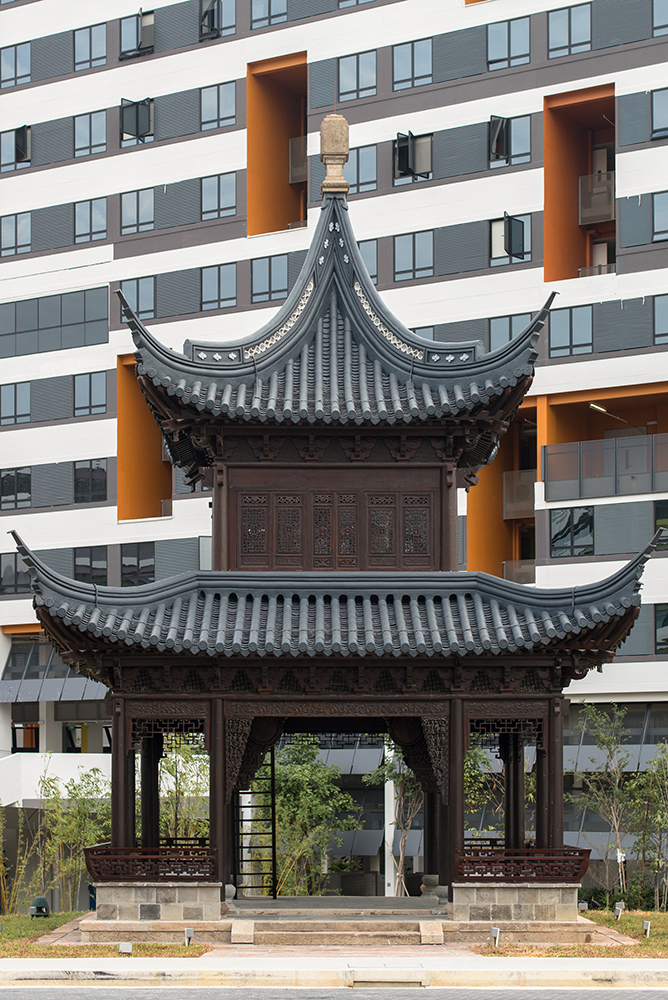 Four ancient timber structures donated by international film star Jackie Chan stand regally on the SUTD campus. The collection – comprising of a pavilion, a double-tier opera stage and two Zhejiang houses from China’s Southern Anhui province – are said to date back to the Ming and Qing dynasties, around 450 years ago. The buildings were reassembled from about 4,000 pieces, and restored to their original glory by a team of 24 craftsmen from Suzhou, China. They are now used as event and recreational spaces.

2. Women make up over 40% of the student cohort 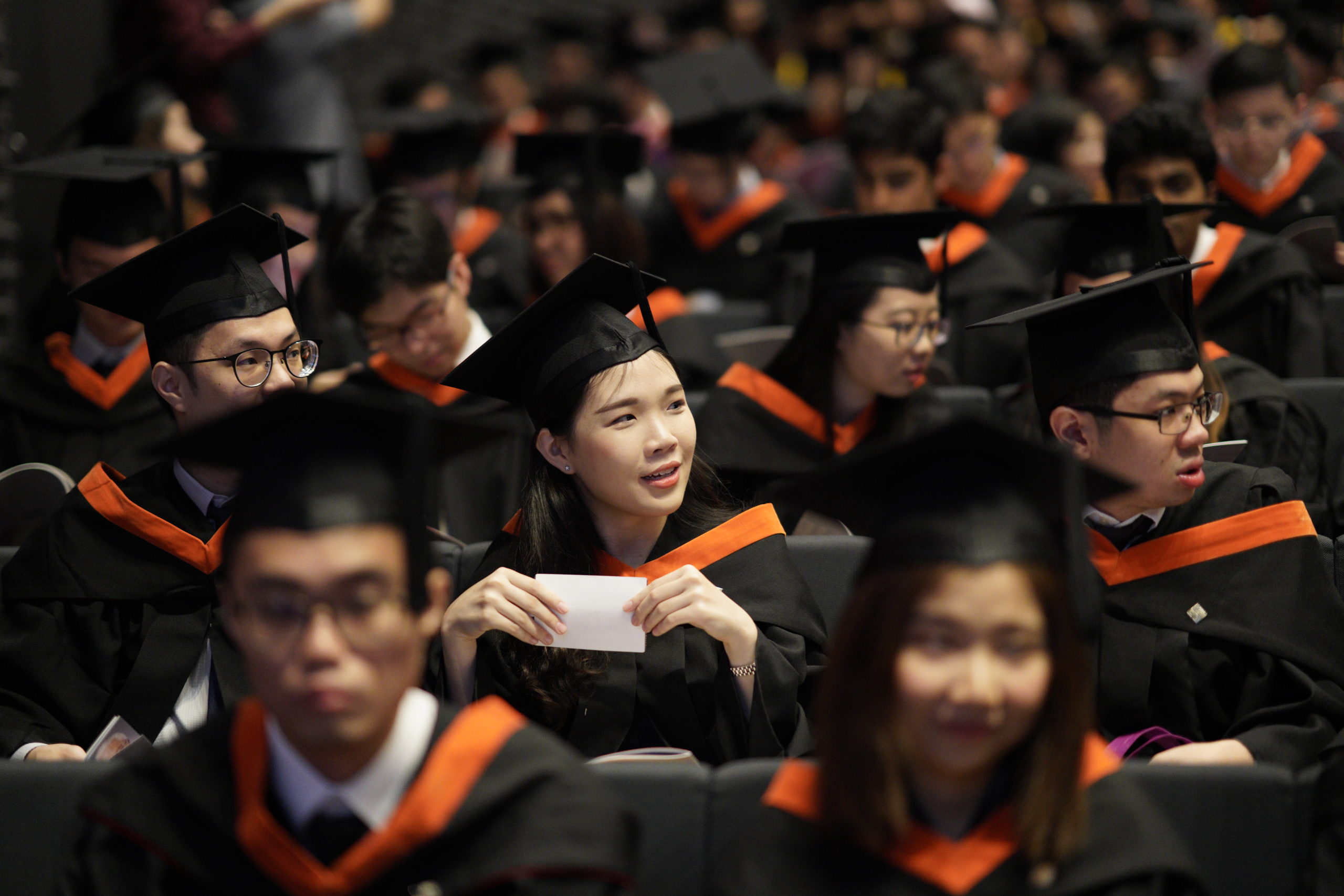 While less than 20% of engineering and architecture students in Singapore are female, women make up over 40% of the SUTD student cohort. The university believes that gender diversity is key for us to nurture technically-grounded leaders and innovators, as the different perspectives the respective genders bring are invaluable.

3. There’s a mountain named after SUTD 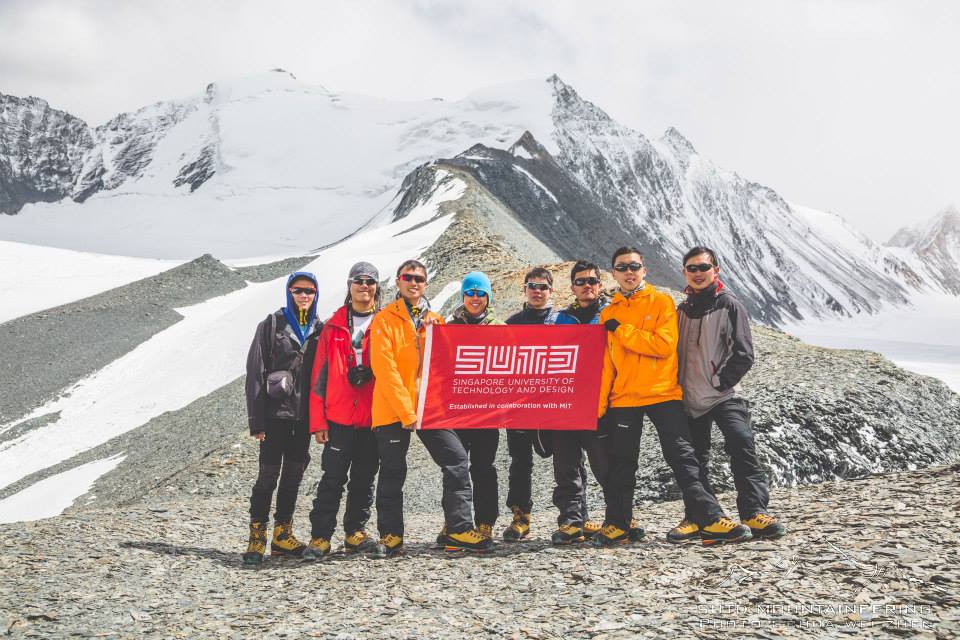 You read that right – SUTD is the first university in Singapore to have a mountain named after it: Mount SUTD, a 6,056-metre peak in the Indian Himalayas. After months of tireless fundraising and rigorous training, including two training expeditions to China and India, a team of eight determined students from the SUTD Mountaineering Club conquered the virgin peak in 2014, earning them the right to name it. 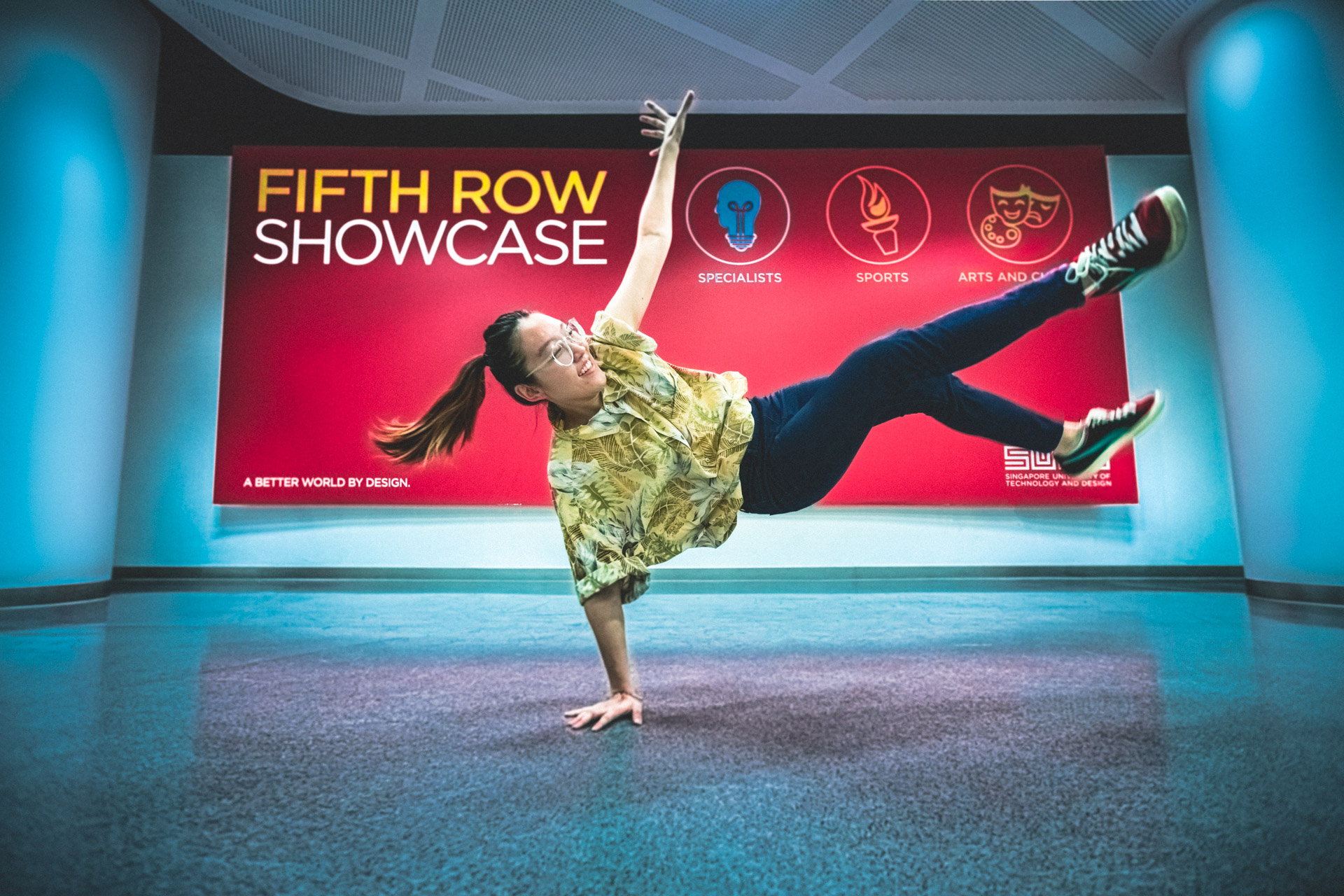 Thus named because they are the students’ fifth activity, after taking into account their four academic subjects each term. There are currently more than 75 Fifth Rows, and they provide opportunities for students to develop holistically at SUTD and promote campus vibrancy. All Wednesday and Friday afternoons are kept free for students to explore these activities. In the unlikely event that a student’s interest isn’t already catered to, they are highly encouraged to gather like-minded friends and start a new Fifth Row!

5. For a decade, SUTD students have designed the Chinese New Year light-up at Chinatown 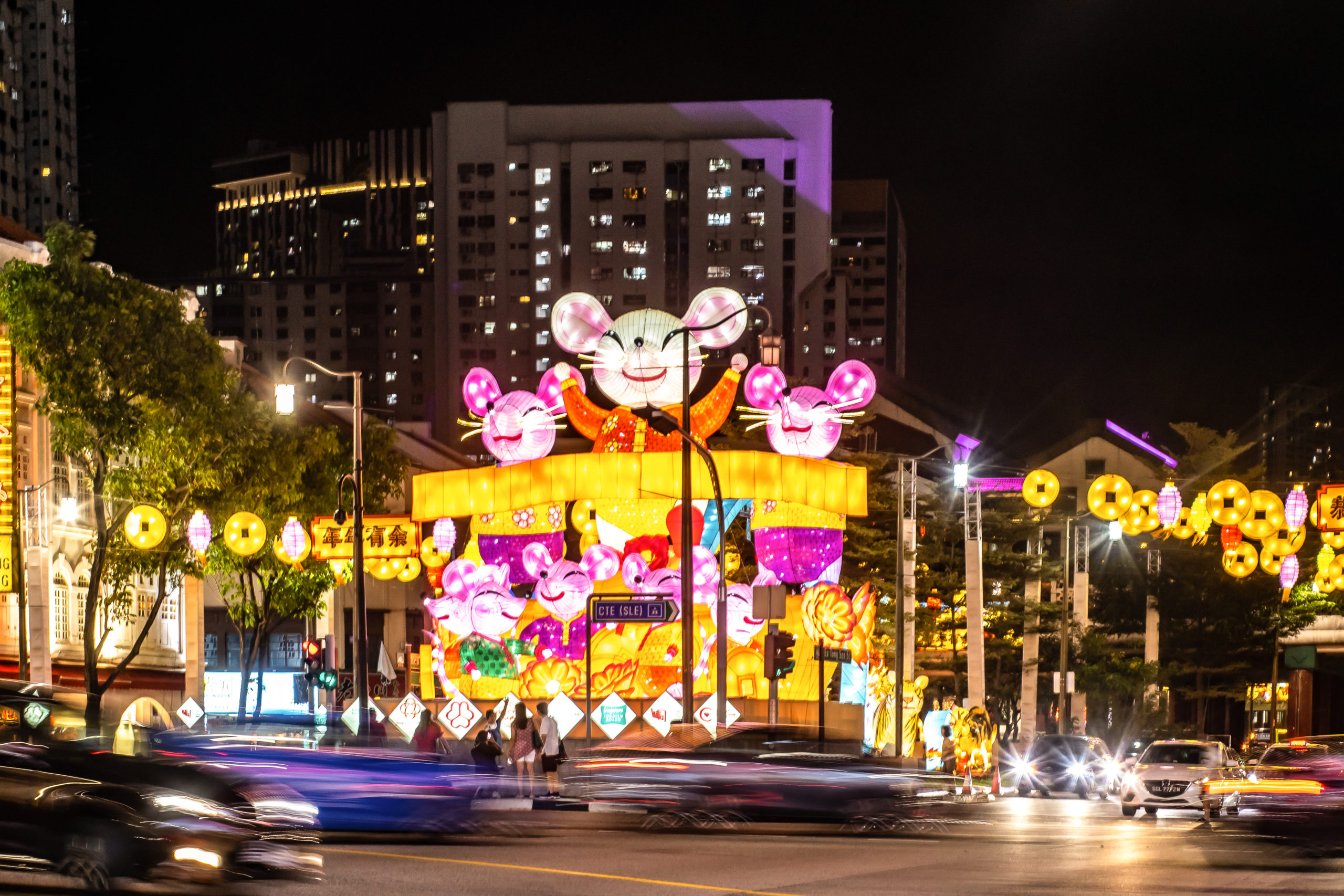 The annual Chinese New Year light-up at Chinatown has become a much-anticipated festival highlight. Each year, the precinct is adorned with hundreds of lanterns designed in collaboration with SUTD undergraduates. 2021 marked the tenth year of SUTD’s participation in the 880 metre-long display. 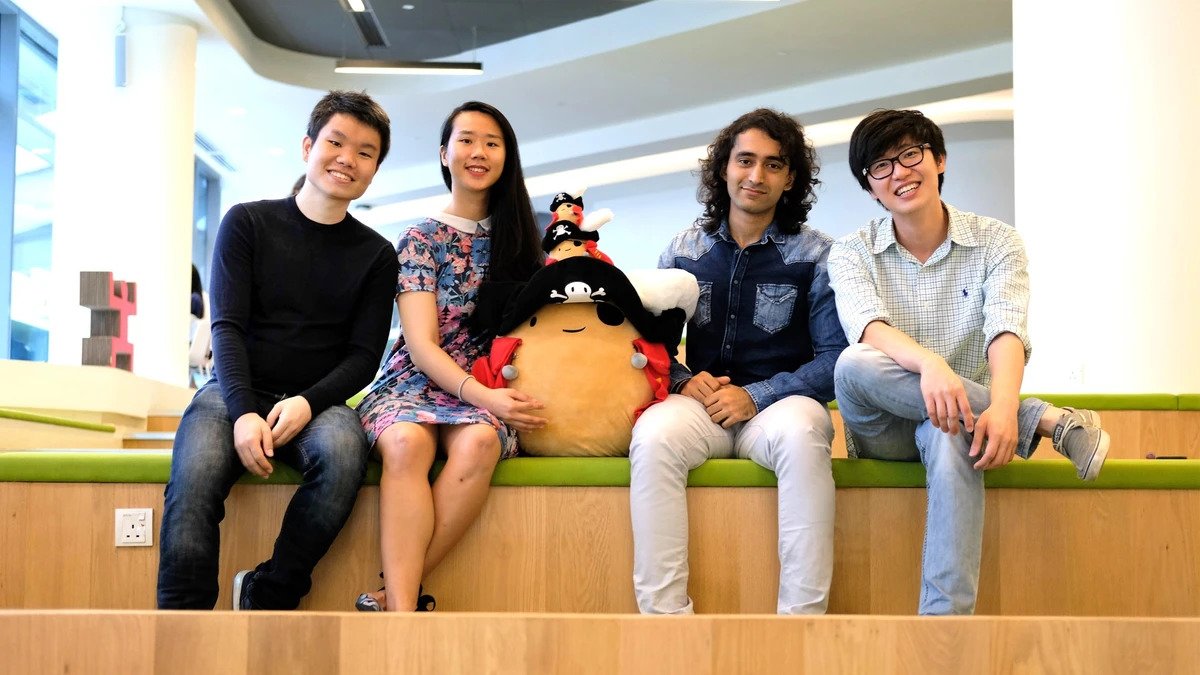 The strong entrepreneurial culture at SUTD has already led to more than 66 start-ups, many of which emerged from students’ final year Capstone projects. For instance, Codomo’s card game, Potato Pirates, started as a Capstone project and went on to raise more than $250,000 on Kickstarter, making it the most-backed project in Singapore. The game reinvents the experience of learning computation thinking concepts, and has since won several awards, including the Singapore Good Design Award.

7. The SUTD campus was previously at Dover 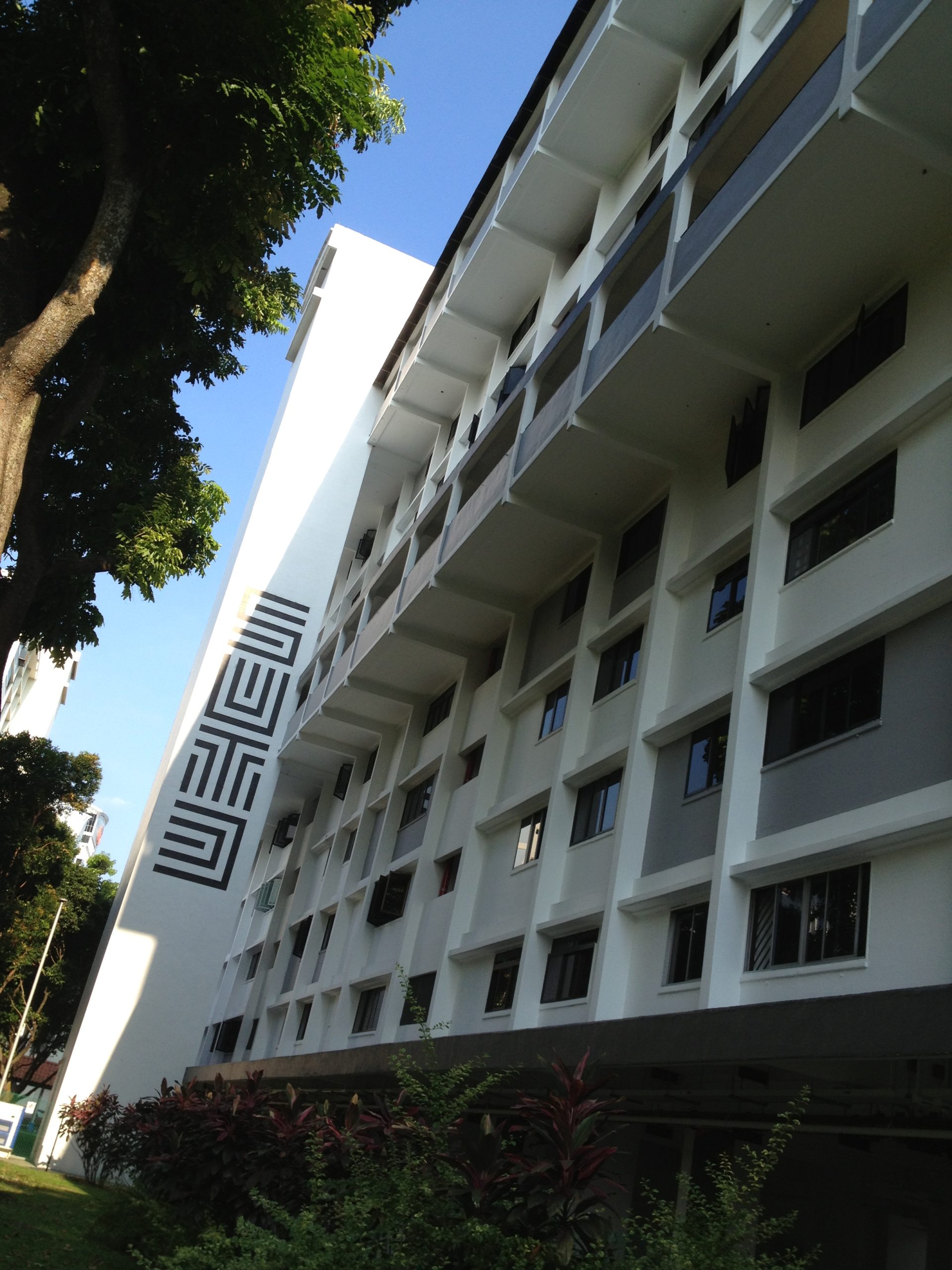 SUTD started out in an interim campus in Dover, west of Singapore. Although it was smaller than the current campus, this did not hamper the SUTD spirit of collaboration and discovery. For instance, the library pavilion – which earned the 2014 President’s Design Award, Singapore’s most prestigious design accolade – was a unique “third space” for intellectual and social exchange. A one-of-a-kind gridshell structure located on a sloping lawn, it offered a shaded, open-air place to relax, work, mingle, and host fun activities like the Spooktober Fest.

True to SUTD’s hands-on pedagogy, the Fabrication Laboratory – affectionately known as the Fab Lab – is a 3,000 square-metre facility dedicated to turning our students’ project plans into physical prototypes. It’s divided into ten well-equipped sections, including the 3D Printing section that boasts more than 60 3D printers, and the Metal Machining section with its cutting-edge (pun intended) waterjet machines.

Take a video tour of our Fab Lab: 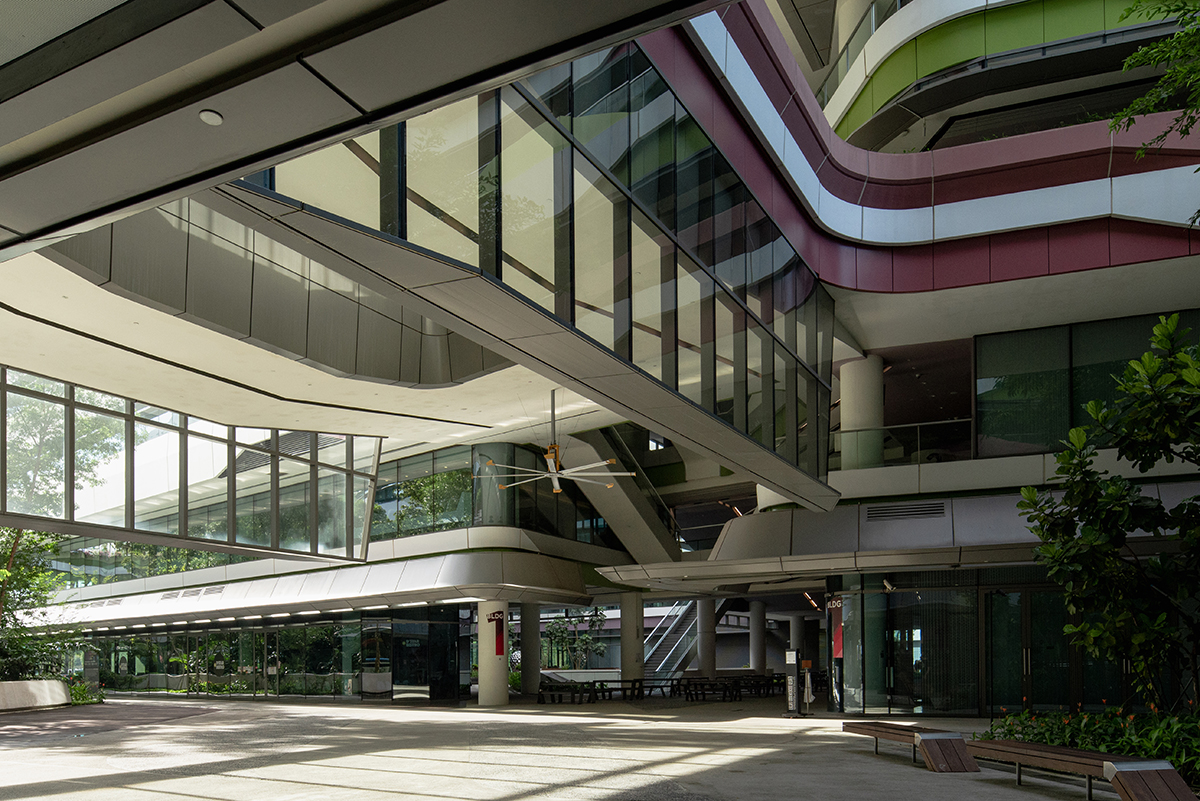 SUTD’s interdisciplinary ethos directly inspired the campus’ architectural design. Organised around two main axes, which overlap to create a central point on the campus, the design represents the idea of binding all the corners and aspects of SUTD together to form a larger network. The campus is also tailored to physically accommodate and encourage cross-disciplinary interaction and exchange between students, faculty and professionals, as evidenced in the various crossing paths and transparent layering of space. 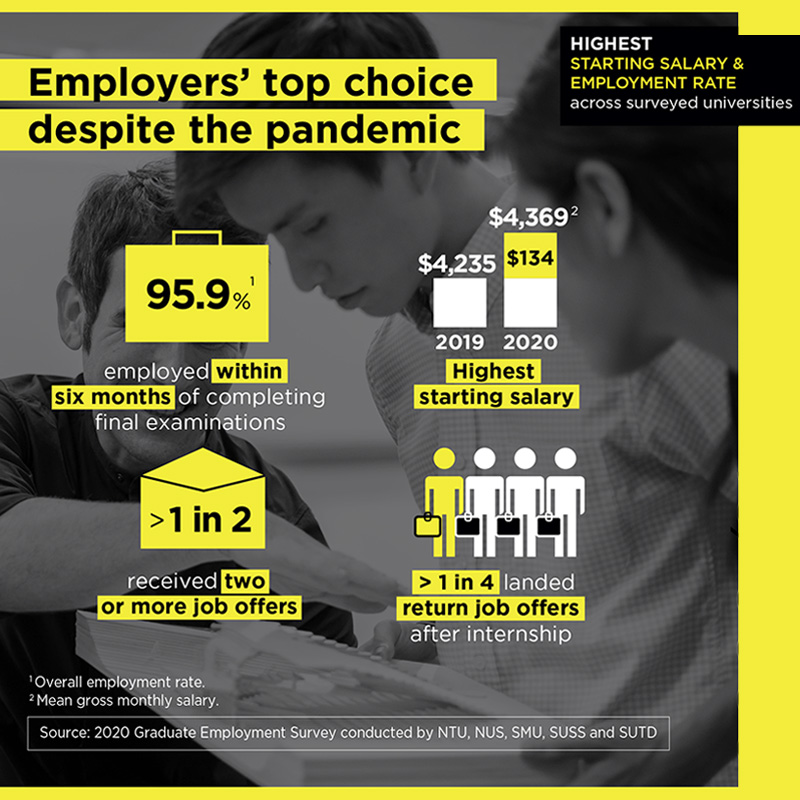 According to the 2020 Graduate Employment Survey jointly conducted by SUTD, NTU, NUS, SMU, and SUSS, SUTD’s graduates were found to have the highest starting salary across all the surveyed universities – a mean gross monthly salary of $4,369, up from $4,235 in 2019. On top of that, 95.9% of SUTD’s fresh graduates found employment within just six months of completing their final examinations, with 50.3% of those in full-time permanent employment receiving two or more job offers.

Like what you just read?
To experience more SUTD innovations Designed for People x Powered by Tech like OSCAR, visit our Open House on 18 and 19 Feb, and visit our website https://openhouse.sutd.edu.sg/.