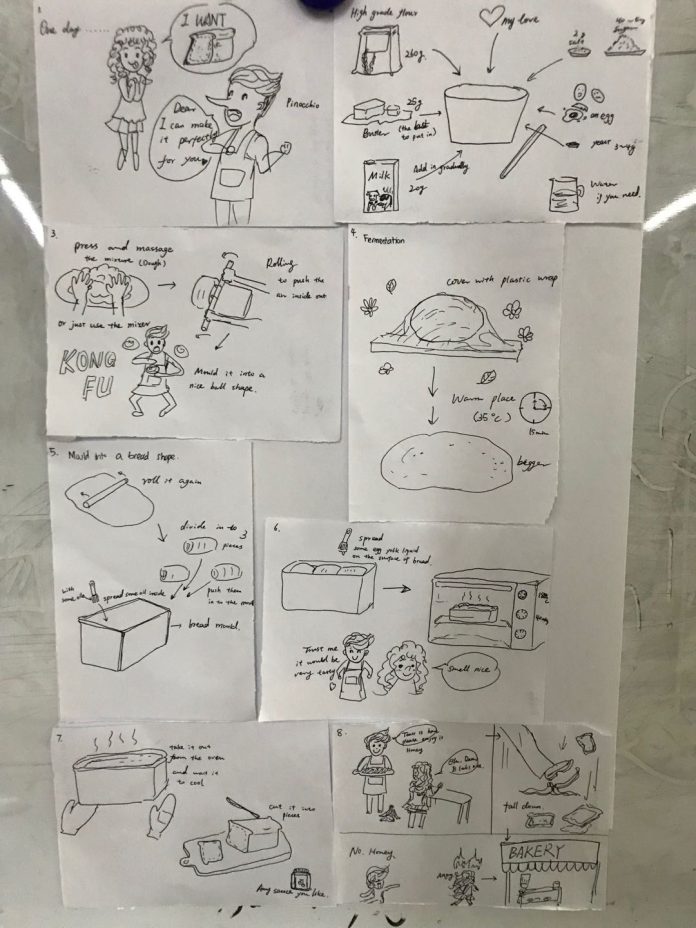 This week was a pretty exhilarating week, we are now starting on our second course in ZJU and we managed to squeeze in some time for a trip to Shanghai.

Our second course is called ‘Design Fiction’ and it will teach us how to create stories for our projects using pictures, videos and words. My first impression of this course is that it is going to be pretty useful for our DATE projects and probably going to be pretty entertaining and fun too. For our first lesson, we had to draw and create a story about making toast(bread) and there were many cool ideas that came about. Apparently my group’s idea was a little too literal and we drew the entire recipe of how to make a toast:D I am already looking forward to the next lesson!

We spent our first day in Shanghai at a theme park called ‘Happy Valley’. Why? Because it is full of roller coaster rides… YAY! The theme park was quiet throughout the first day and we managed to take quite a number of rides while we were there. After a day full of screams and laughter, I had no energy left.

Our second day and third day in Shanghai were dedicated to experiencing the city life. We toured the Bund (which is the Singapore River of Shanghai) and all the different roads (many of the roads in Shanghai itself were named after the provinces and cities in China: for e.g. Nanjing Road, Zhejiang Road etc;) Shanghai is pretty much like Singapore in that it is full of high-rise buildings, skyscrapers, malls, cultural buildings and lots of good food! We even ate Chicken Rice on our last day too.

On our last day, we headed to the Shanghai Museum to see some of the special exhibits there. There were a good mix of domestic and foreign exhibits and there were pretty interesting ones such as the currency exhibit. However, what I found missing was the lack of stories in the museum. This was how a typical exhibit at the Shanghai Museum was like. Imagine an exhibit called ‘Pottery and Ceramics’. The whole exhibit was filled with rows and rows of plates and vases and that was all. And it spanned probably ten full empty rooms continuously without any supplementary pictures, videos or stories. I guess this shows the importance of stories in describing an object, at the end of the day, every object is just another object unless you give meaning or purpose to it.

All in all, another week has passed and I believe that we are passing our halfway point of our DATE project. Probably need to stop playing and start spending more time on my project.