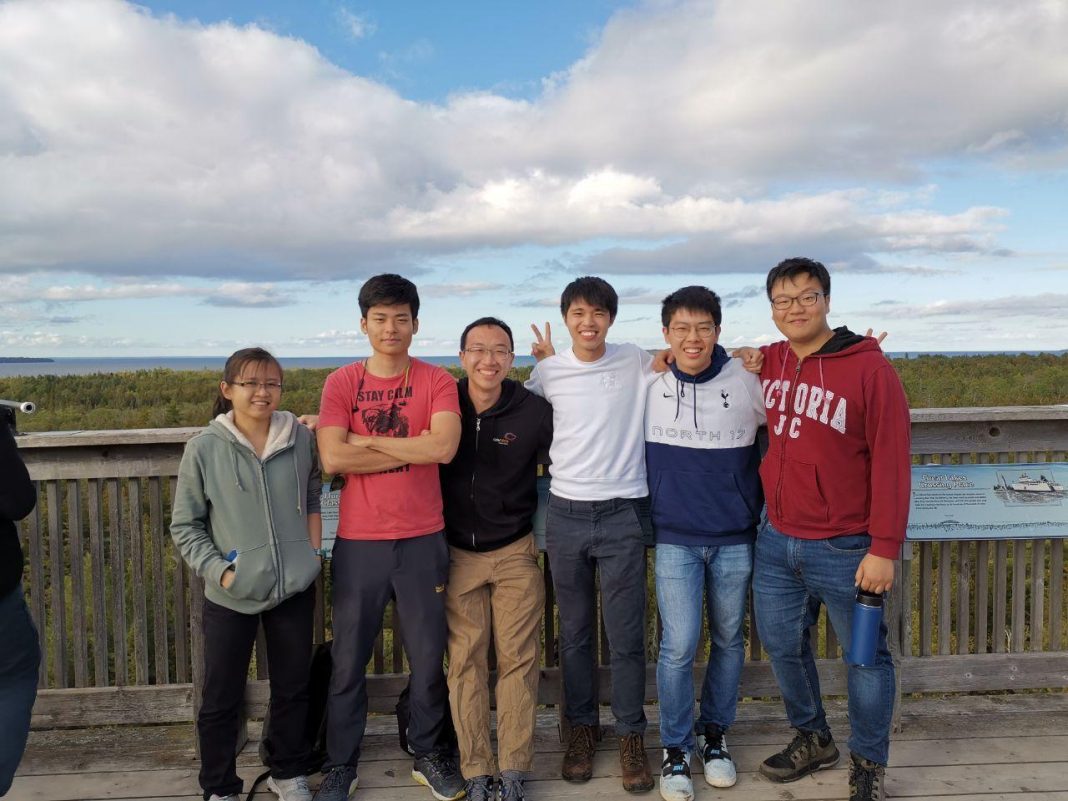 No exchange program would be complete without travel, and Canada boasts some of the world’s most beautiful National Parks with multiple locations for hiking, viewing fall colours, and stargazing. In Ontario where the University of Waterloo was located, one of the prime places to visit is Bruce Peninsula.

Given that I have procrastinated beyond what I should have, compounded with the fact that my knowledge of the location is still limited despite the short weekend trip, here’s a Wikipedia description of Bruce Peninsula instead to get the introductions over with:

“The Bruce Peninsula is a peninsula in Ontario, Canada, that lies between Georgian Bay and the main basin of Lake Huron. The peninsula extends roughly northwestwards from the rest of Southwestern Ontario, pointing towards Manitoulin Island, with which it forms the widest strait joining Georgian Bay to the rest of Lake Huron. The Bruce Peninsula contains part of the geological formation known as the Niagara Escarpment.”

The most convenient way to travel would be in a personal vehicle. Tours likely exist but for a free-and-easy trip (while on a budget) it would be much more convenient to rent a car instead. In the region of Kitchener-Waterloo, car rentals are available for those above the age of 21, but large vehicles cannot be rented for those below the age of 24. To accommodate all 6 of us, we rented 2 cars primarily driven by Ze Bin and myself from Enterprise Car Rentals.

Tips: An International Driving Permit is not required for the 1st 3 months of your stay in Ontario, a driving license from your country of residence (in this case Singapore) will suffice. That being said, North America does drive on the opposite side of the road and have different road rules, so do adequately familiarise yourself before you get behind the wheel. 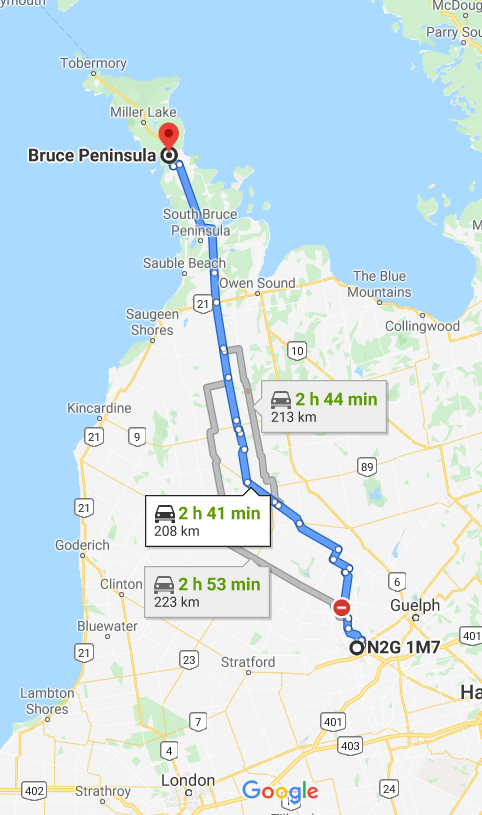 The drive takes roughly 3 hours from the Kitchener-Waterloo region factoring in bathroom and refuelling breaks. Driving can also be taxing over a long period of time so do plan for adequate rest-stops as required (thanks Edmund).

It was a little too early for fall colours to begin showing, but the area was beautiful regardless. A short half-hour hike at the National Park brings you to the shore deep in Lake Huron, although “Lake” here was found to be an odd concept to us Singaporeans since the body of water seemed wide enough to fit several of our tiny city-state between where we were and the other side of the lake. 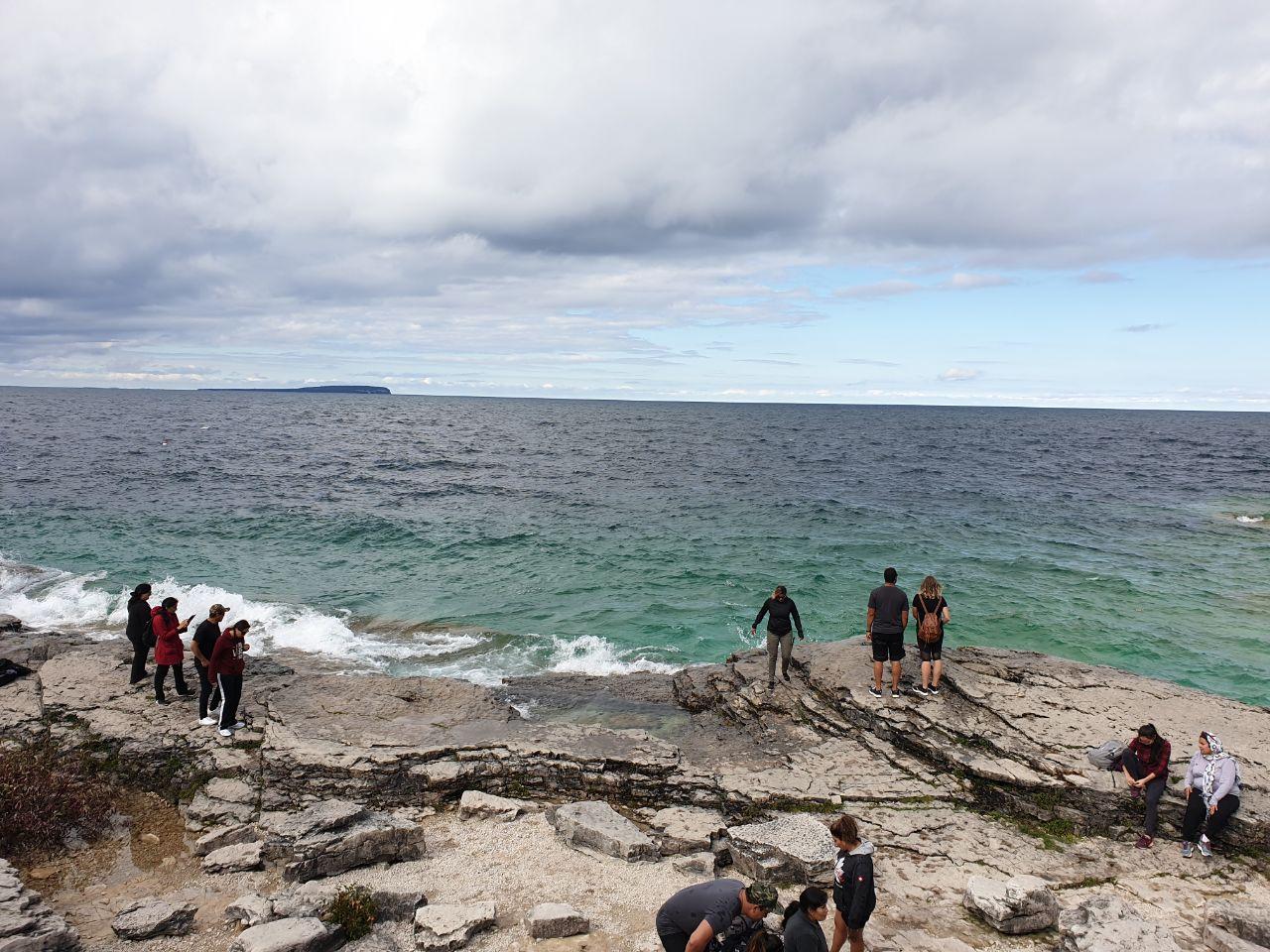 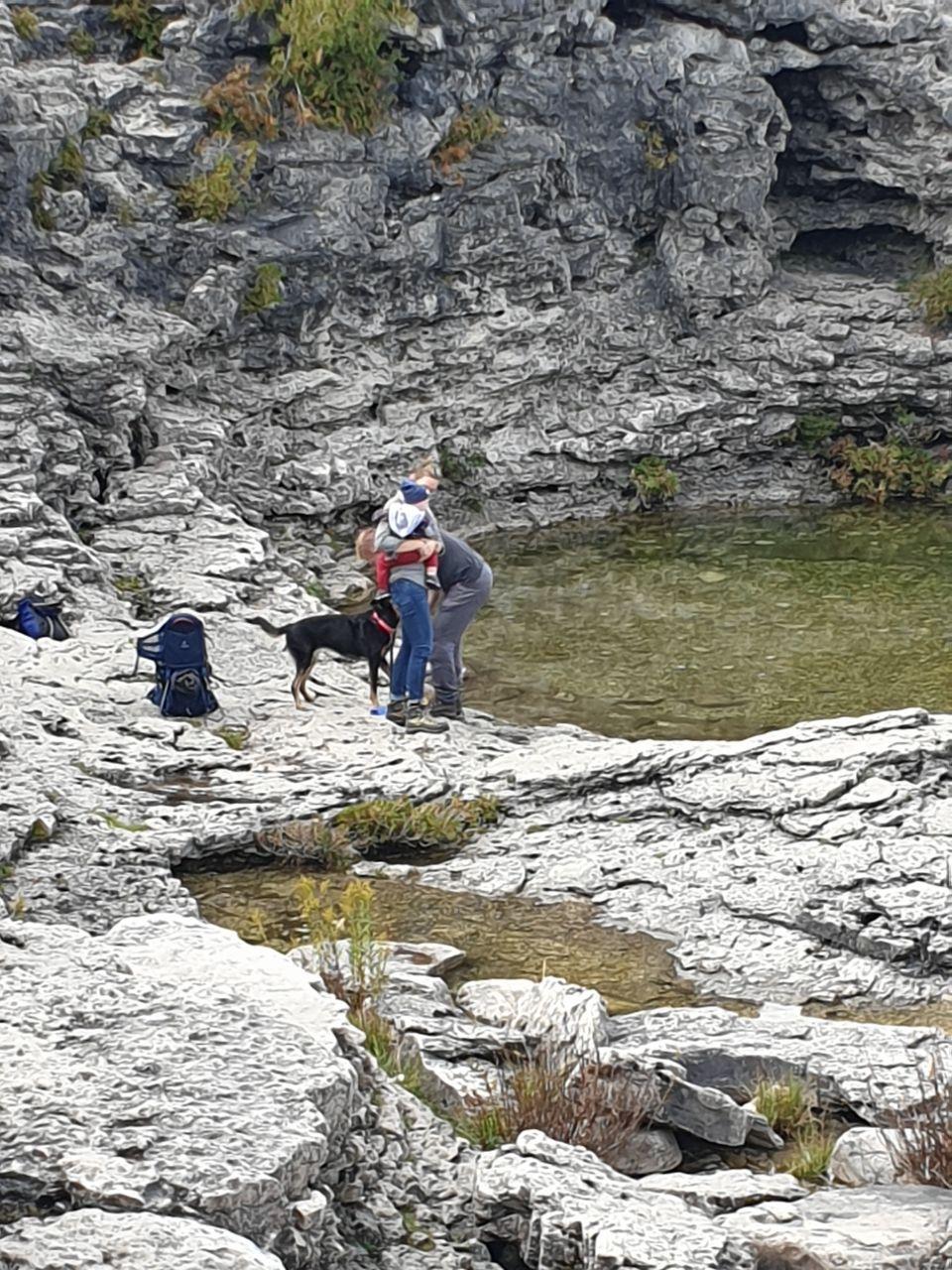 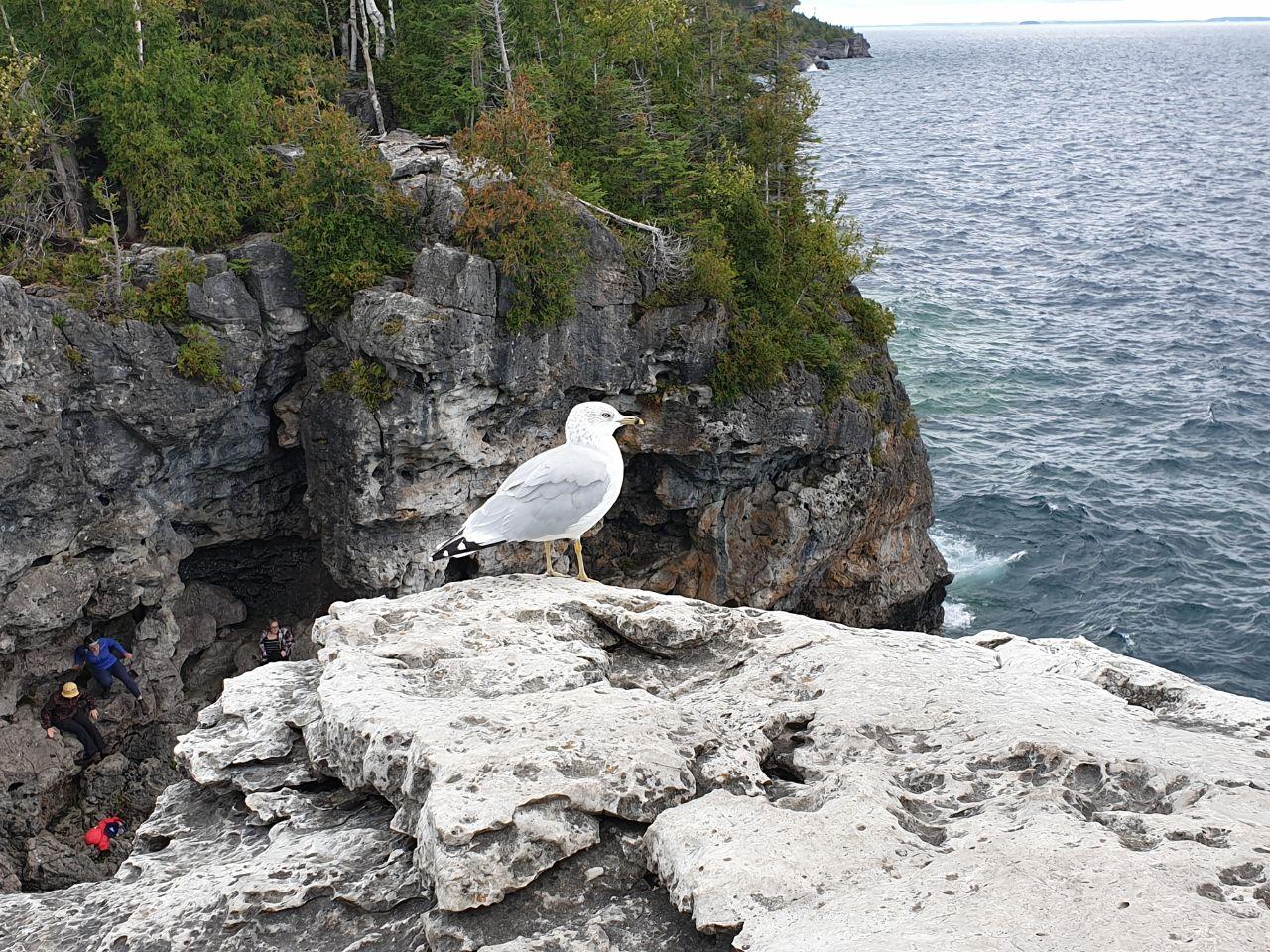 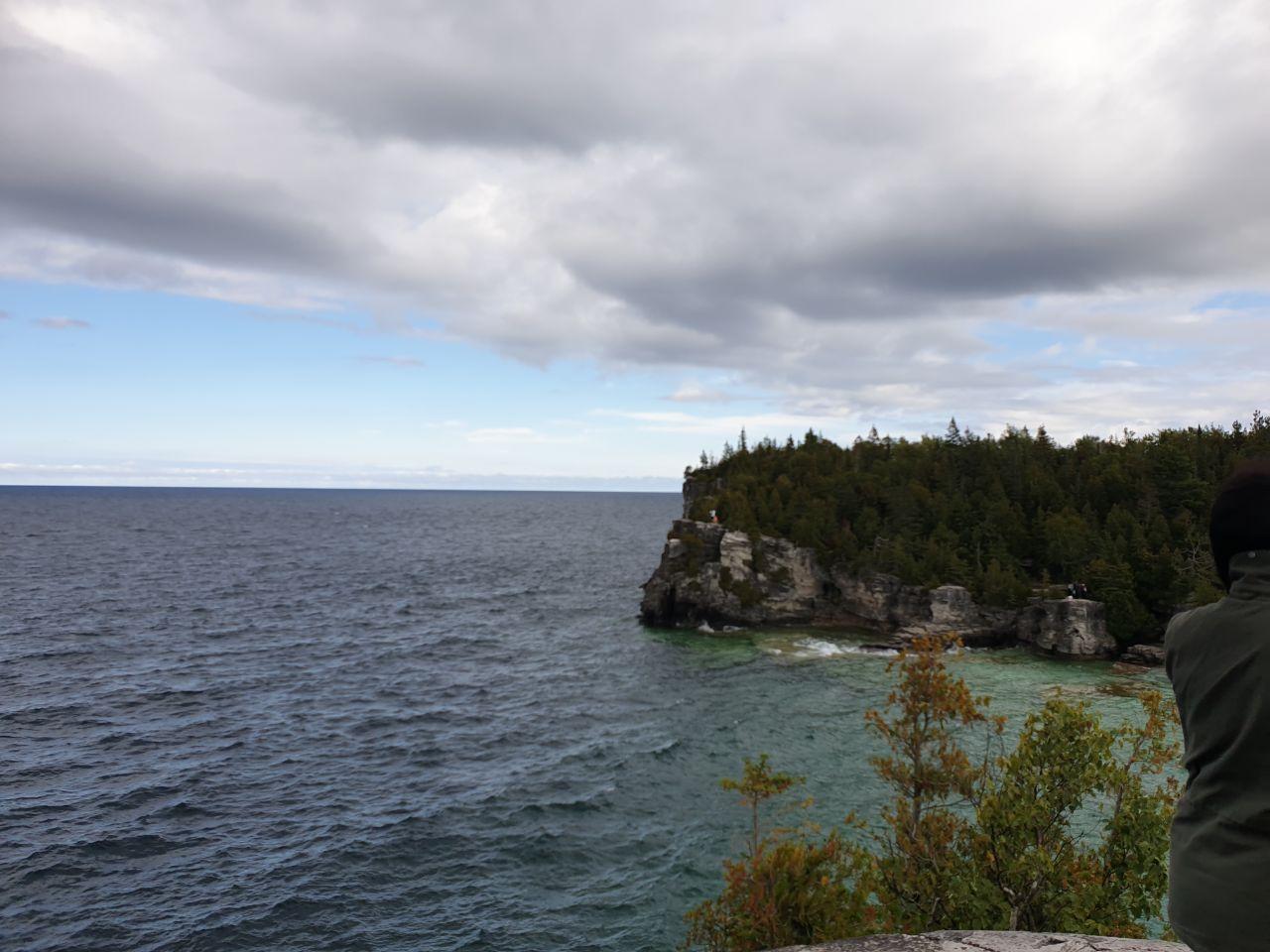 The closest point near the tip of the Peninsula is Tobermory, a harbour village which features a lookout point nearby and a restaurant which boasts fresh all-you-can-eat fish and chips with Poutine topped with so much cheese and gravy it’s almost guaranteed to drop you an IPPT grade. 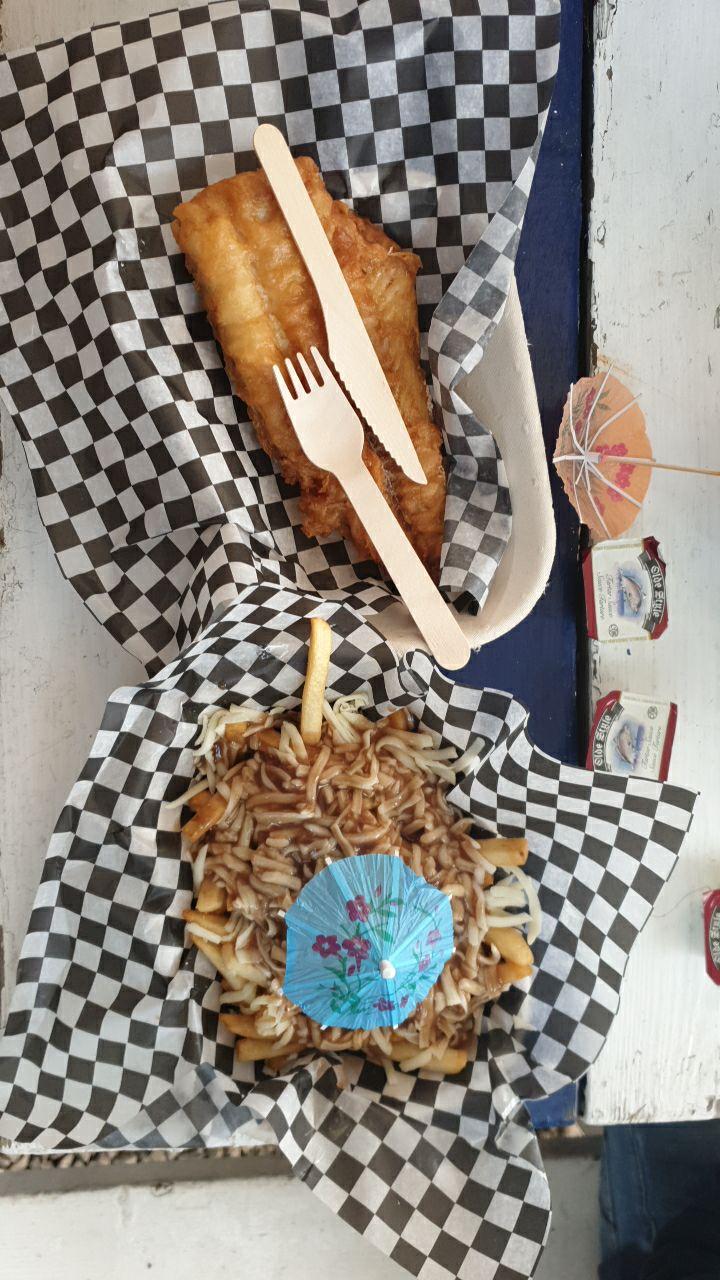 In the presence of beautiful country sights, it would be a travesty if we didn’t catch the sunset, so it was a good thing we did. 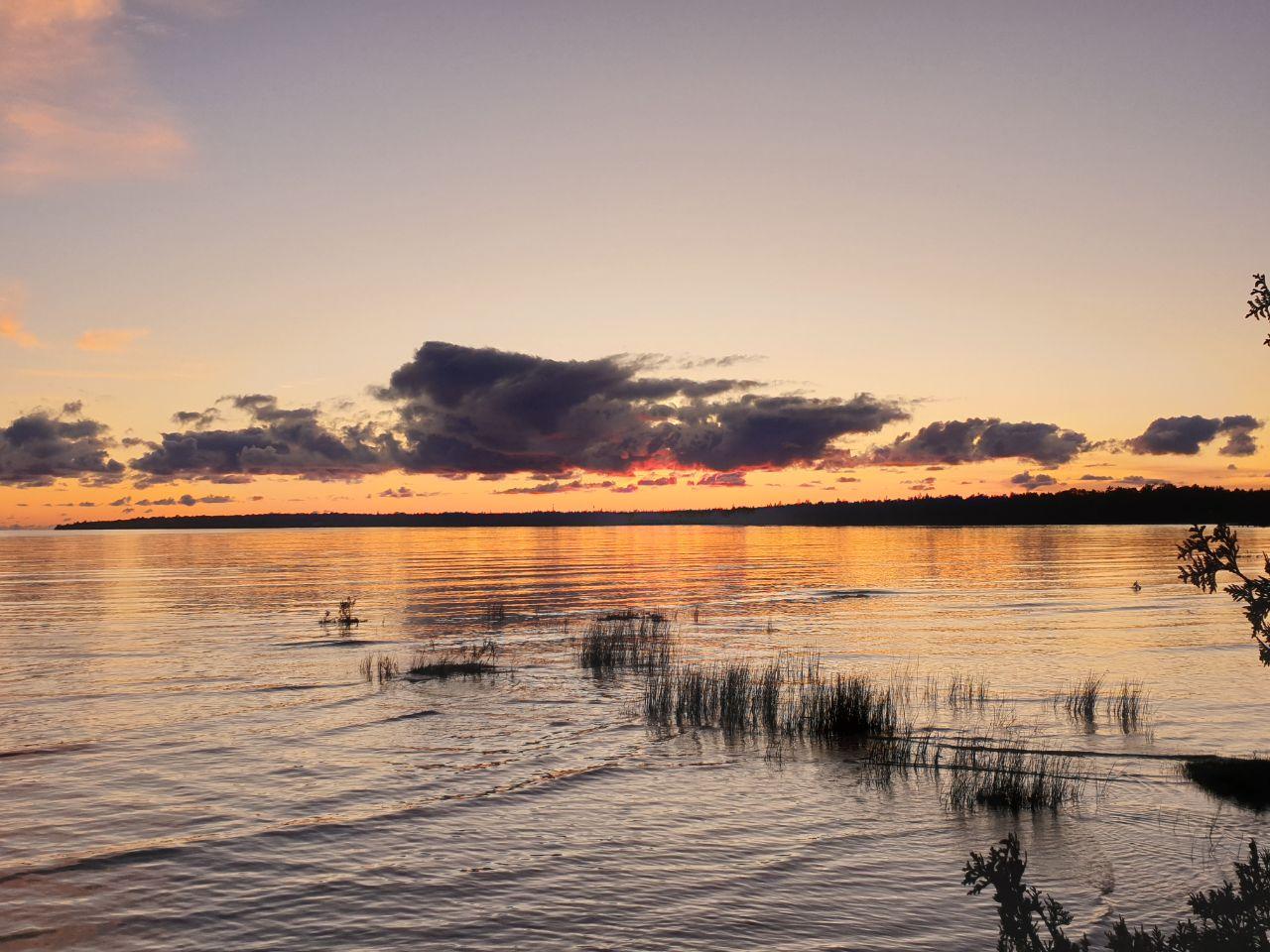 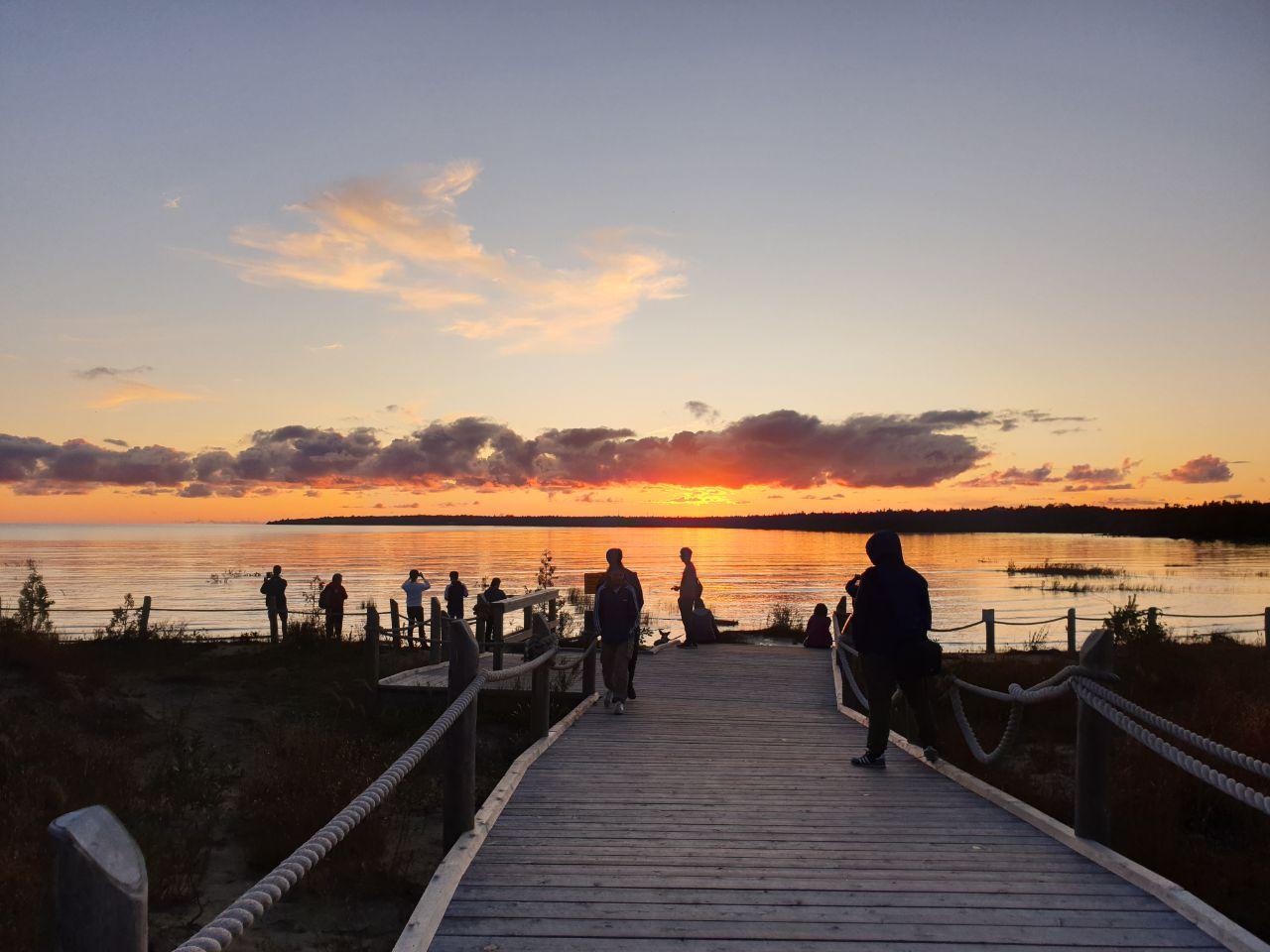 In the modern, light-polluted world, it’s pretty difficult to see stars save for some of the closer/larger celestial bodies. The Lookout Point near the lighthouse at Lion’s Head Harbour offers an unobstructed view of the night sky and a fantastic location to look at the milky way. Below is a lousy photo I took with my phone that doesn’t do the view any justice, but if my lousy phone camera can capture it, just imagine how much you can really see! 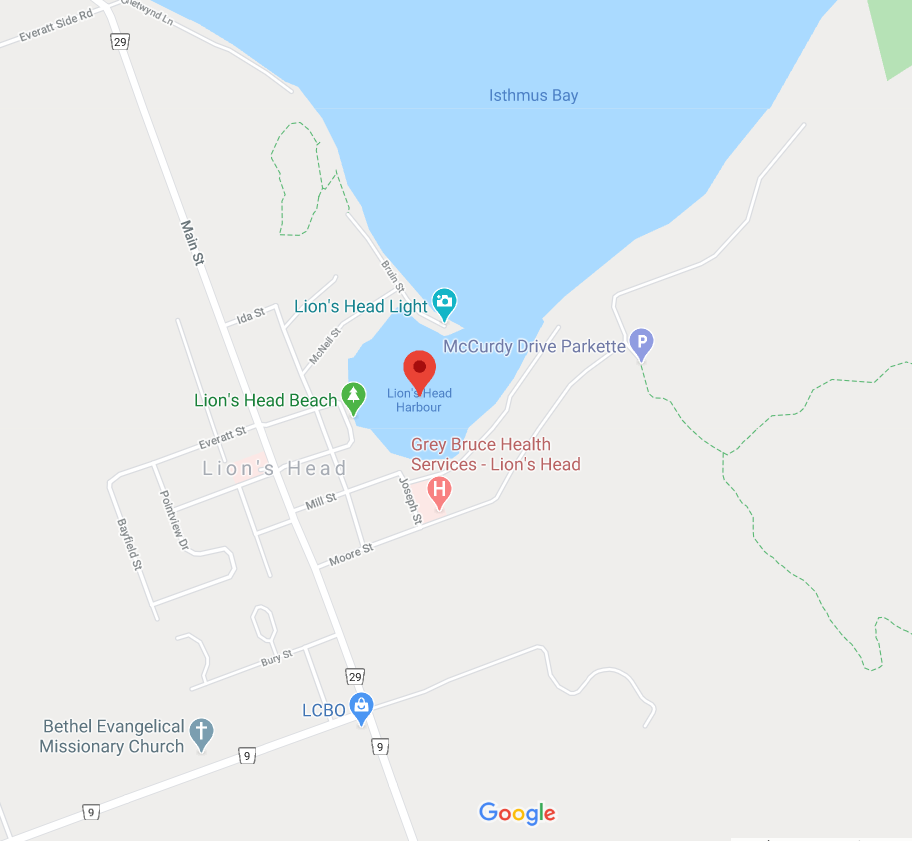 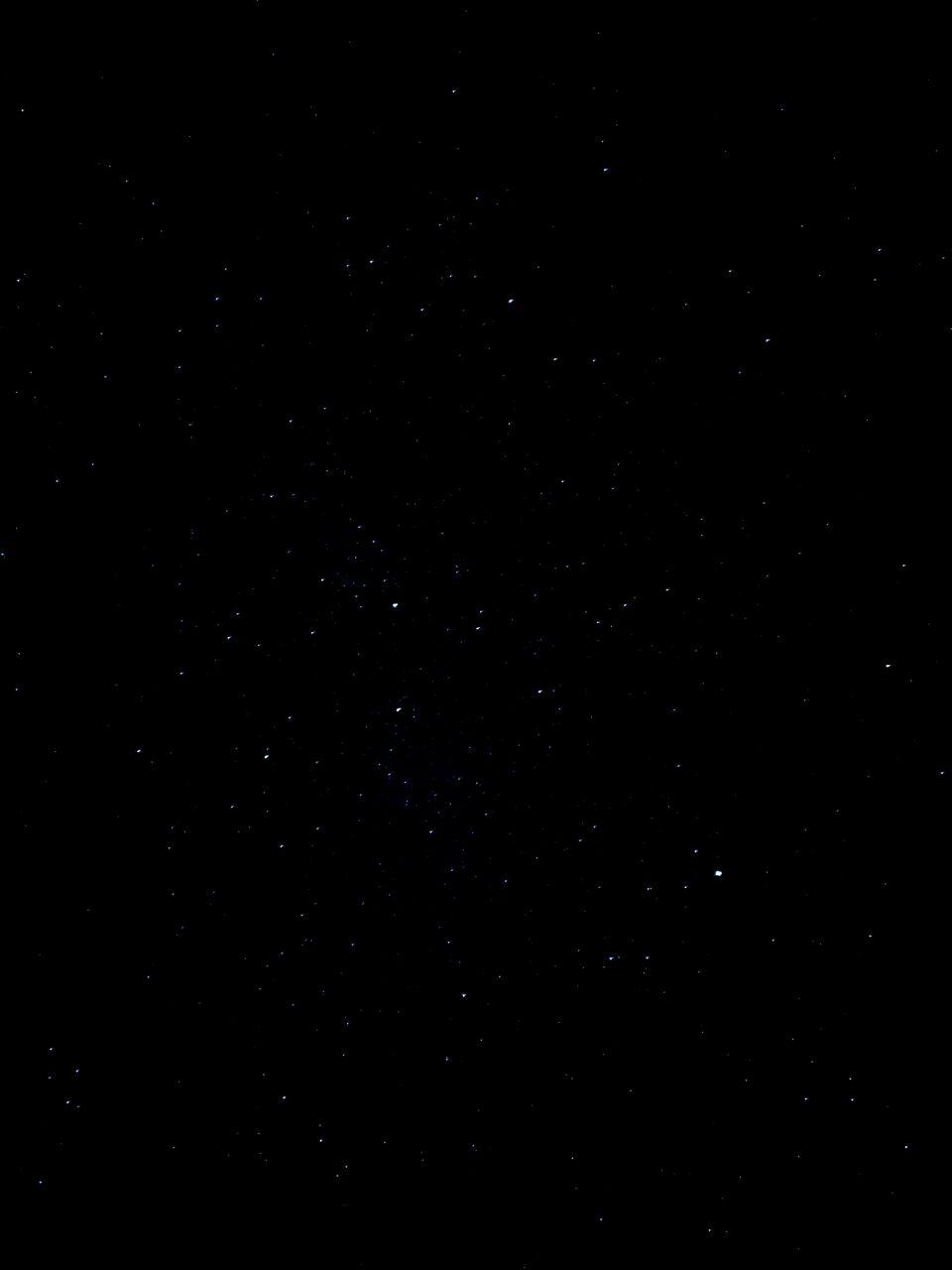 The company you keep on a trip is just as important as the places you go, and the evening (and trip) wrapped up with some party games and a really lousy packet (carton?) of red wine procured from the local LCBO (2/10 would not recommend) at a local Motel before the drive home the next morning. 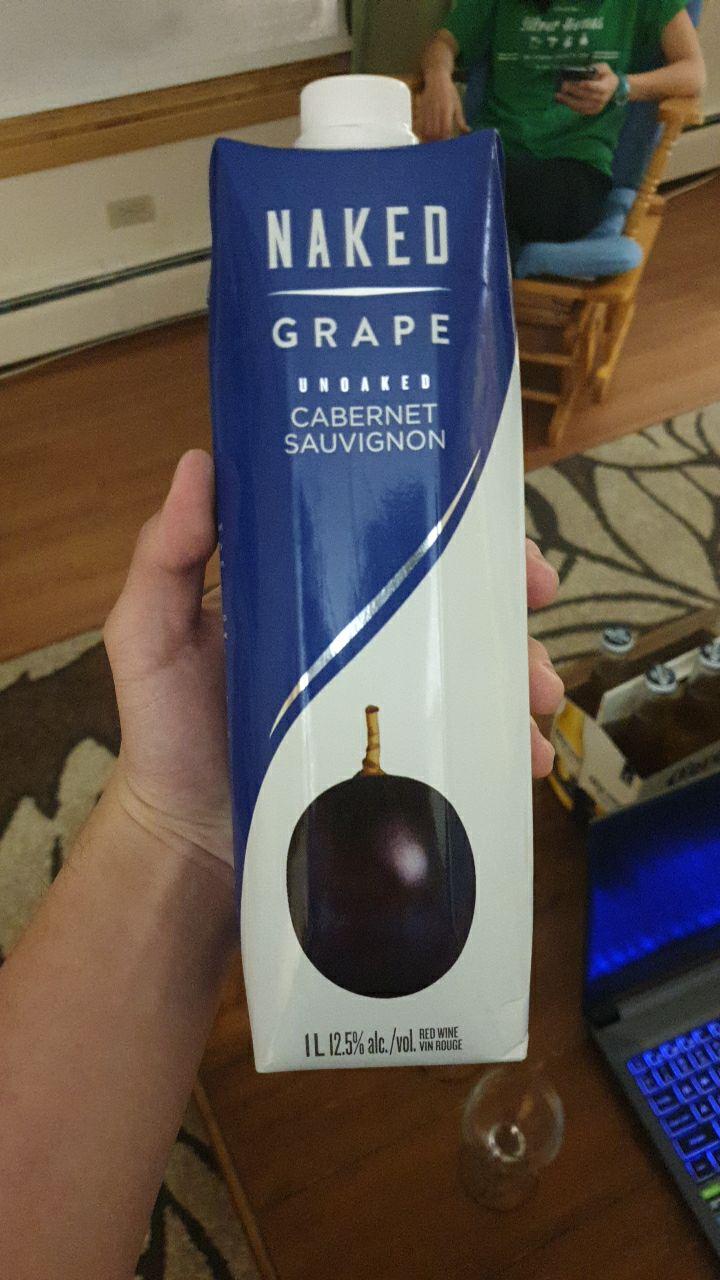 It was one of the first trips we took on Exchange so I may be biased, but in my opinion Bruce Peninsula is a really cool place to go for a weekend getaway with a few friends and is highly recommended for any future visitors to Ontario!