Many have asked me, “What camera do you use? What are the specs?” when they come across the pictures I had taken, and I would answer, “Uhh, it’s Fujifilm X-A2.” I am someone who cannot even remember her own laptop specs, took several years to understand how shutter speed, aperture, and ISO works, but with a big love for photography. Be it using my phone, digital camera, or my disposable film camera, whipping them out to capture the moment has always been a habit of mine. So, you can only imagine when I received the opportunity to travel 9248 kilometres from home to this beautiful country with unreal landscapes, I would be bringing my trusty camera with me. On my first few weeks here I brought my phone, camera, and film camera out with me wherever I go, before my bag started getting too heavy oops!

I was immediately mesmerised by the number of lakes, parks, and forests Finland had to offer. It was a different scenery whenever I turned the corner. I was blessed to be offered housing by the Foundation for Student Housing in the Helsinki Region (HOAS) in a neighbourhood just a 5-minute tram ride away from the heart of Helsinki. The city was surprisingly smaller than expected, making it easily walkable from one destination to the next. My roommate jokingly said that we should mark out every single street we’ve walked on so that we could map out the entire Helsinki by the end of our 4 months here, except it wasn’t a joke. 2 months in, and I think we are making good progress!

Having one class per module a week means that with good time management, I could explore the city in my free time. Of course, I had to grab those opportunities to take my camera out for a spin. While most of the time I had planned my destinations prior to leaving my apartment, other times I let the city surprise me. And it certainly did not disappoint. Just the other day I chanced upon probably the most picturesque street in Helsinki – Huvilakatu. The pastel-hued stone art nouveau houses with their towers and bay windows certainly stood out from their surroundings.

With our fast-paced lives in Singapore, having the time to slow down, take a breather, and go for a stroll in the park may be a luxury to some. I guess it’s not an exaggeration when they say life slows down here. The Finns take half the weekend hiking in one of the numerous national parks there are in Finland, and the other half probably hanging out in the park with their dog holding a cup of kahvi (coffee in Finnish).  There is something beautiful about capturing such moments from a third person perspective, as if I could feel their joy at the simplest things in life. 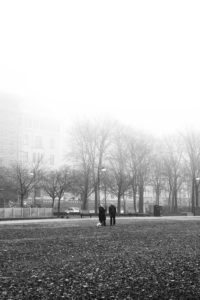 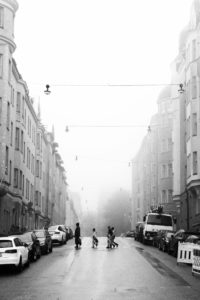 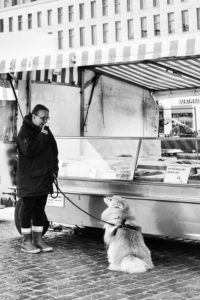 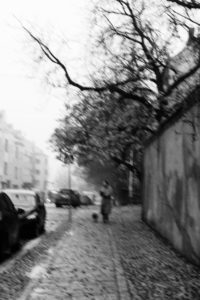 More than 75% of Finland’s land area is forest cover (fun fact!), and as if the parks within the city are not mesmerising enough, the national parks are totally in a league of their own. Pictures certainly cannot fully capture how amazing the views were. We felt as if we were standing on top of the world when we found a spot in Nuuksio National Park overlooking the forest canopy!

As we arrived in Finland at the end of August, we managed to catch a glimpse of the Finnish summer. Lush green trees filled the streets and forests. As short-lived as it is, we were fortunate enough to experience 3 seasons in 4 months. It was incredible watching the autumn scenery unfold before my eyes, and not through a screen for the very first time. The best part? You could go to the same places, but they would look completely different each time. The fall month of October flew by, but I captured some of my favourite shots ever.

As the last batch of leaves fall from the trees, the temperature is gradually dipping – signalling the start of Winter (it was 0°C last week!). I am beyond excited to see how Winter will once again alter the city landscape and to see snow for the first time, of course, capturing them all, freezing those moments that will last a lifetime.