It’s another busy week, but we’re starting to get used to the pace and waking up at 8am in the morning!

The week began with our very first crit session… For me, I was ready for the worst so it didn’t turn out as bad as I thought. Our professor gave us loads of feedback and we found out our plans were not as feasible as we thought they would be. The session was an intense 2 hours; overall it was a good learning experience and mental (or emotional) preparation for the archi life ahead 😀

Right after that, we had the industry trip to Liangzhu Dream Town that day! It was somewhat similar to the design library that some of us went to the previous time, and we saw products ranging from fancy incense holders to mini-devices that can measure your blood pressure. There were some products that seemed normal but turned out to have had a lot of thought put into designing it, in both aesthetics and functionality.

After the exhibition area, we went to this little teahouse that smelled strongly of incense and tea. We got to sample some freshly made chinese tea there!!!

The lady showed us how to serve the tea in a proper way. This includes a process called 洗茶, which means you have to pour away the first cup of water you add to the tea. She also

told us that it has many benefits to the body. I left the teahouse feeling a tiny bit healthier than when I entered.

The very next day was another early day and our theme met at 8am to make our way to a tea museum! 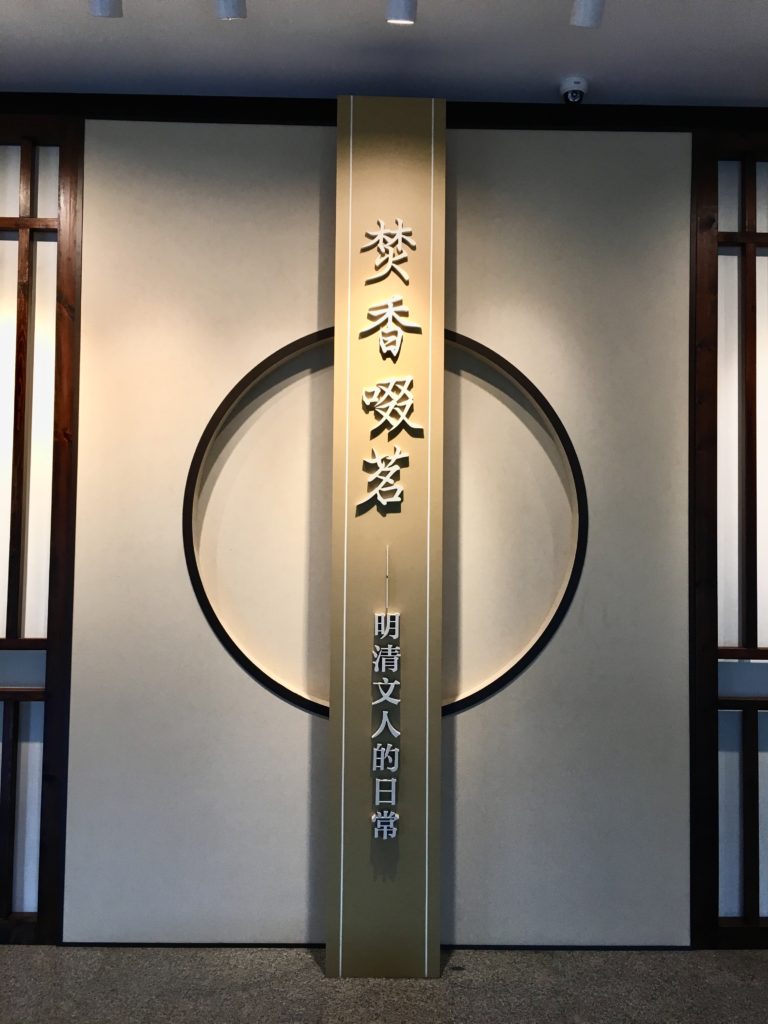 The museum had a few posters and samples of tea and its history. Though English tea is pretty popular among us, it was actually the Chinese that invented tea many years ago. It first started out as a rarity only appreciated by the rich or educated, and the rituals of tea making and serving were strictly followed. Meanwhile, the most frequent tea ritual I perform is poking the straw into my heilong tang milk tea.

Later, we also went to a really cool farm which is shaped like a 八卦! Every one-eighth of the field had a different plant type such as sunflowers, potatoes or eggplant.

We went to mojito (our favourite 15 yuan meal place) for lunch, and headed to 灵隐寺 for a long walk. Not many pictures were taken because we were all distracted by lateral thinking games… But anyway, we went back to school right after that.

The next day was yet another early day of design fiction and editing on floor plans which was due the next day.

The second crit was even longer than the first, but I could see that we all improved a lot since the first.

…And now it’s Friday, our first free day of the week! Now that I’m done with blogging our exciting week it’s time for me to go back to sketching my floor plans. Have a good weekend everyone 😀