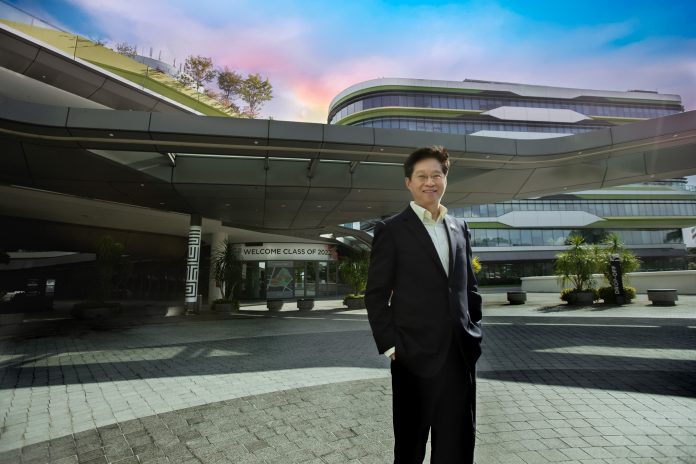 SUTD President and founding Provost, Professor Chong Tow Chong, talks about the university’s successes, where it’s headed next, and his favourite memories from the first 10 years.

Overcoming challenges in the first decade

For a new university, how the first cohort of graduates perform in the job market is an important measure of the success of its approach to education.

“As the founding Provost, you cannot sleep,” says SUTD President, Professor Chong Tow Chong, with a laugh as he recalls that period in 2015.

“As a young university, we are always mindful about the first batch of graduates — whether they will get good jobs, and whether the industry will recognise them.”

He had little to worry about, as it turns out. In the 2015 Graduate Employment Survey, 85 per cent of SUTD’s first cohort gained employment within six months of completing their final examinations. And the results have improved every year — that figure has jumped to 94 per cent in the 2018 survey.

This is one of many successes SUTD has enjoyed over the years, as it forges a new path for engineering and architecture education in Singapore. And Prof Chong has been here every step of the way, as the founding Provost and now President of the university. 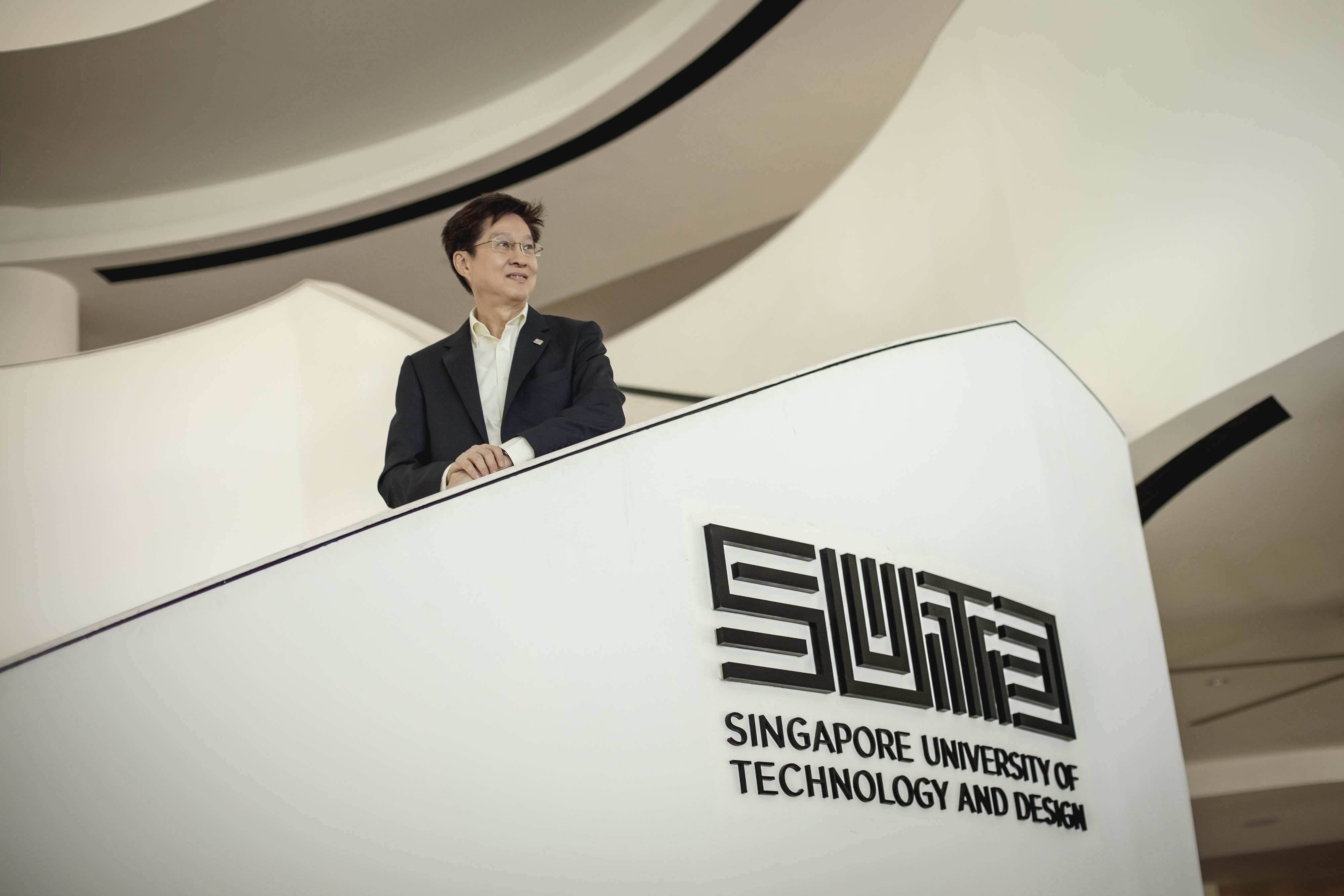 As the ‘face of SUTD’, Prof Chong says one of his key roles is to let people know about the fledgling university and what it represents. What does he say to them?

“I tell them, first of all, we are a very different university. We are set up to nurture technically-grounded leaders for the 21st century. We want our programme to be multi-disciplinary, and to have a strong focus on design,” he says.

Those qualities can be encapsulated in what he calls the three forms of readiness: industry readiness, global readiness and future readiness.

Being ready means students are educated and trained to work well in the real world — through the curriculum, compulsory internships and industry tie-ups. Students are trained to work in teams starting from the first year, through cohort classrooms, design projects and non-classroom learning such as fifth rows (what we call co-curricular activities because it is the fifth activity students do every term in addition to their four academic subjects). They are also given time to explore their passions and can even take up research projects with guidance from professors.

“You see strong peer to peer support and peer to peer learning here. The good students show others how things can be done and they all learn from one another. So, everyone levels up quite fast,” says Prof Chong.

“By having this, you promote critical thinking, problem-solving, and also learn very important skills about collaboration and teamwork. Because when you go to work, you’re not working alone, right?”

The strong culture of designing, creating, and building new things at SUTD has already translated to a high number of startups produced by the university in just a decade — 41 at last count. 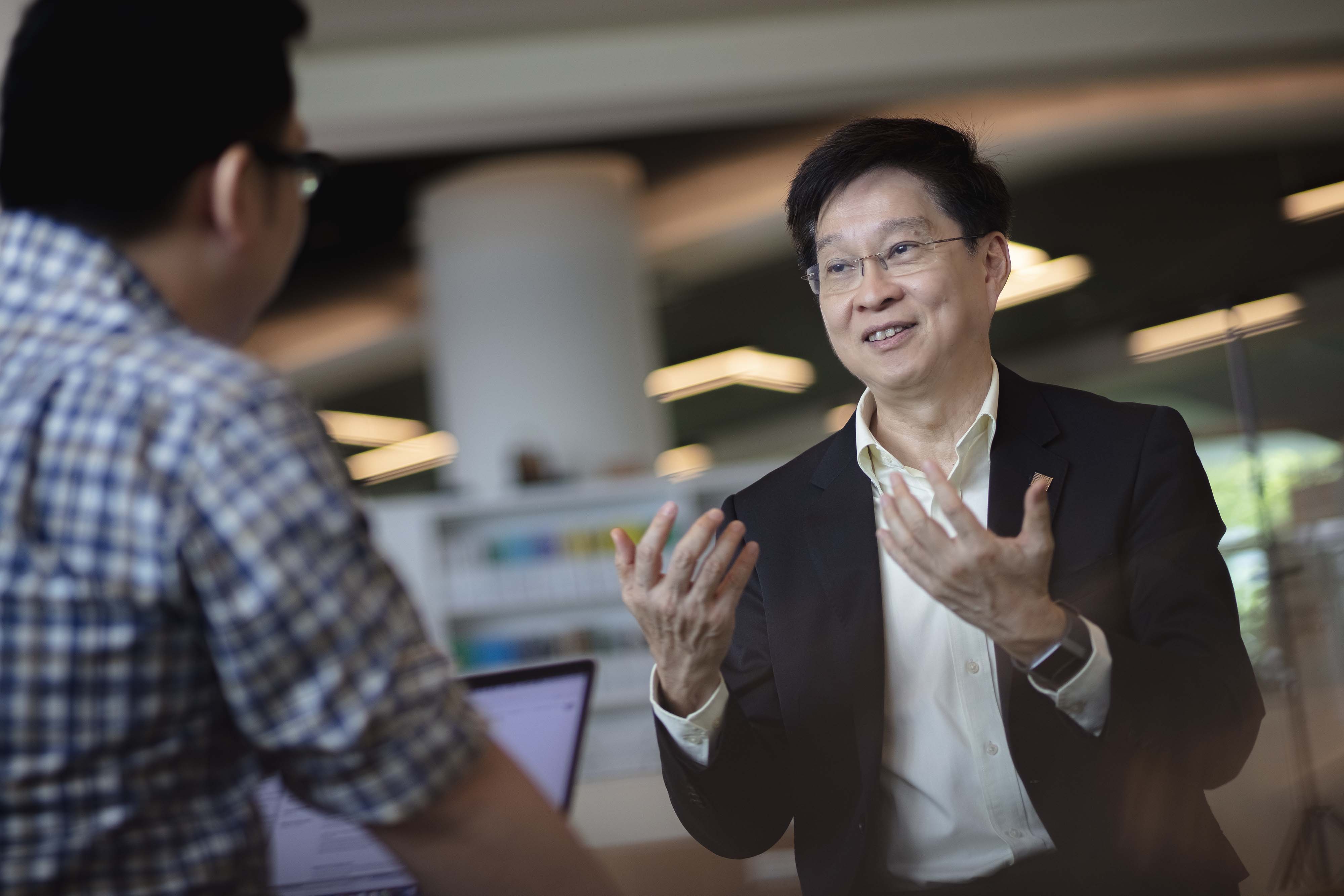 “It’s about letting the students have this freedom to think. Then, they become more entrepreneurial. We want students to not be afraid to try new things, and not be afraid to fail,” says Prof Chong as he recounts the story behind the startup Ring Theory. The students had started out with 3D printing rings that they designed, which they later incorporated RFID chips into. The rings can now be used to take public transport in Boston. All SUTD students also use such a ring to access the various facilities in the university.

“The important thing is to be able to get up and move ahead. I think this is the kind of lifelong learning attitude they must have.”

Guiding SUTDents to take on the world

SUTD aims to provide all students with overseas exposure at least once during their time there. The avenues include exchange programmes, internships and even research projects.

“We want our students to go out and see the world, to learn not just about design and technology but also the history, culture, and economics of other countries. Our students will be global citizens, so that kind of experience is quite important,” says Prof Chong. “I have talked to quite a few of my graduates about their work. Although they’re hired here, their projects are not in Singapore!”

Prof Chong has personally guided students on such a journey. Did you know the university has a mountain named after it? 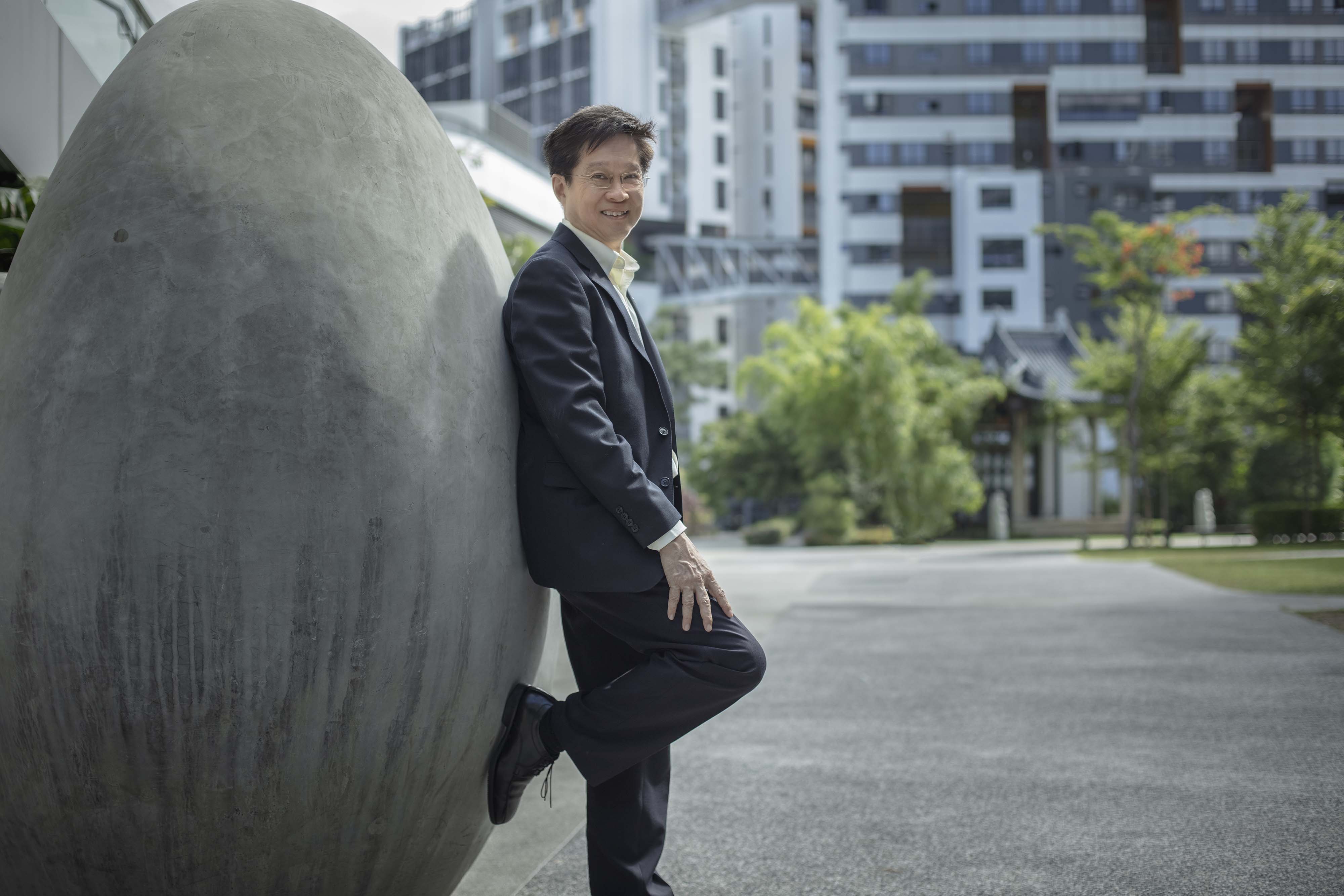 A team of eight from the school’s Mountaineering Club successfully scaled a virgin peak in the Indian Himalayas in 2014. That gave them the right to name the mountain, which stands 6,056m above sea level.

Prof Chong was a big supporter of the expedition. Initially, the students wanted to climb Everest, the world’s highest peak. But that is hardly special in itself, and not something that is easy to raise funds for — many Singaporeans have already done it.

“You heard recently right? It’s overcrowded right? No point going there,” says Prof Chong, referring to the recent news about climbers lining up precariously on the ridgeline near the Everest summit.

Instead, he challenged the students to come up with an alternative to show that they are pioneers, to do something that is more meaningful. In the end, they came up with the idea to be the first on the peak that we now call Mount SUTD.

“When they completed their mission… they actually have conquered themselves. They learn that nothing can stop them if they put in all their effort to do it.”

A decade of firsts

Employers are now saying they can tell the difference between an SUTD graduate and a graduate from another university, says Prof Chong.

“They tell us that our students are very passionate about the things that they do. And when they are given a problem to tackle, they will not immediately jump into solving it. They first look at the assumptions made, and how these problems have arisen, and ask other bigger-picture questions before diving in.

“I think that kind of design thinking that they have — looking at the big picture rather than just the components — is the strength of our students,” says Prof Chong, like a proud parent. In the eight terms at SUTD, students will have worked on more than 20 design projects, honing their design thinking skills.

Students themselves are also graduating with confidence in their own abilities. In terms of creativity and innovation, multidisciplinary knowledge, and critical thinking and problem-solving skills, they rate themselves more highly than those from the other local universities.

To Prof Chong, this is just as important as the high rate of employment among SUTD graduates. “One of the really successful things [for SUTD] that I can think of is how our students perceive themselves when they graduate. Because how the students perceived themselves have an impact on how they perform in the workplace.”

And last year, SUTD came in top as an ‘emerging leader’ of engineering education in an MIT report. These accolades give Prof Chong confidence that the university’s education model works well. 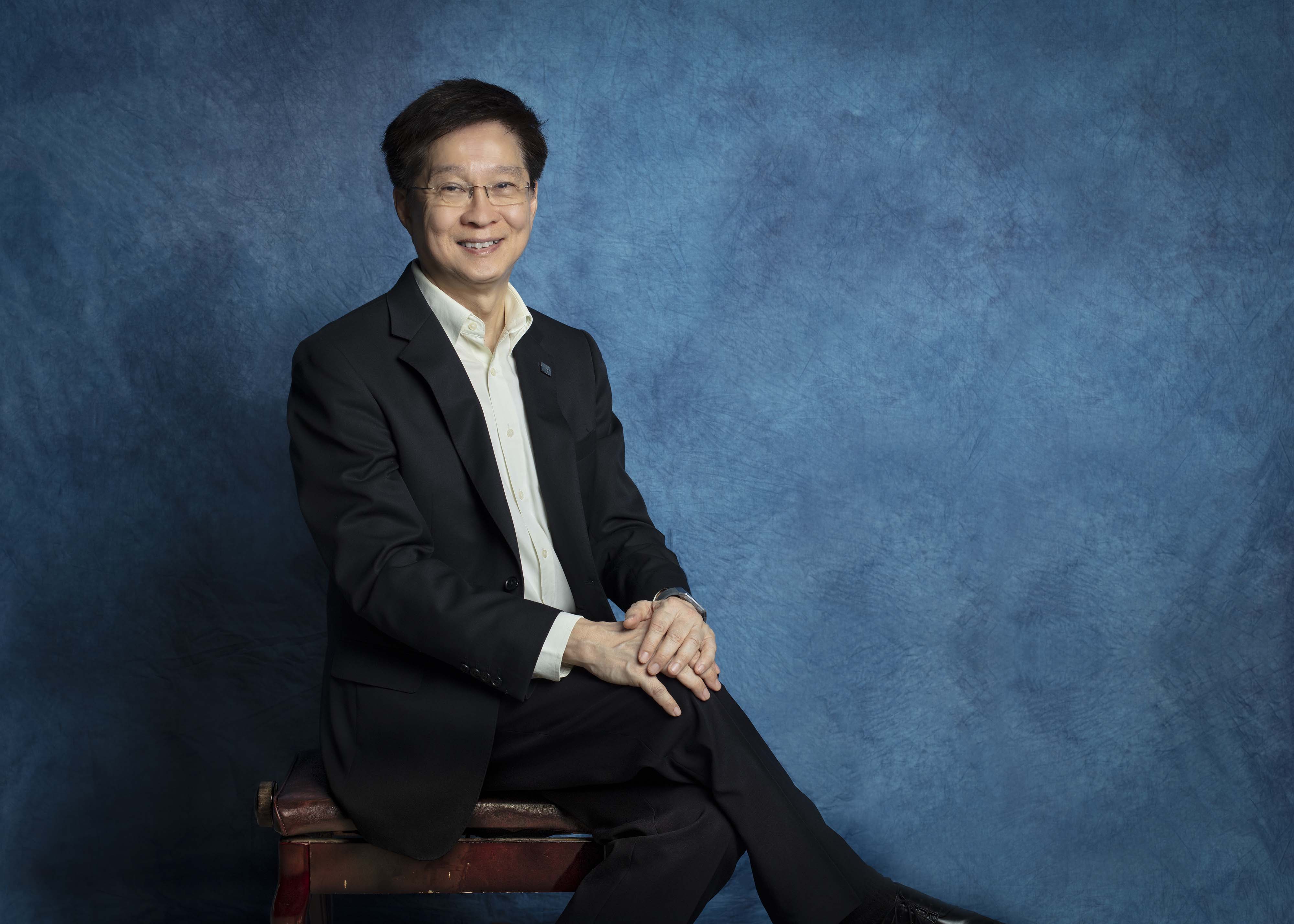 A decade of fond memories

Moving into the new campus in 2015 was a major milestone for SUTD, which started operations in an interim campus in Dover. But there is more to SUTD than the wonderful labs and amenities. What makes the university unique is how it’s designed to support and reinforce the university’s culture and pedagogy, says Prof Chong.

“The campus is built to promote collaboration. There are many linkages between the buildings and we seat the faculty members based on research interest,” Prof Chong points out. For example, faculty members who are interested in transportation — they could be computer scientists, social scientists, physicists — would sit together.

“And we have an interesting agreement with the faculty: every five years we should change seats. Because their interests change as well. So that you don’t have a situation like most other universities, where faculty members could occupy the same office for decades!”

When he can find time, Prof Chong would hang out at his favourite spot on campus — the café next to the library.

“It’s a good place for me to go to relax, meet my staff, and talk about not just work but also personal matters,” he says.

What are his favourite memories in SUTD? “Seeing the first batch of students graduate with good employment outcome,” he says without hesitation.

The other, he says, is simply being part of SUTD’s close-knit community over the past decade.

“You can see the mutual respect and support among faculty, among staff, and among
students here. It is something that I always remember.” 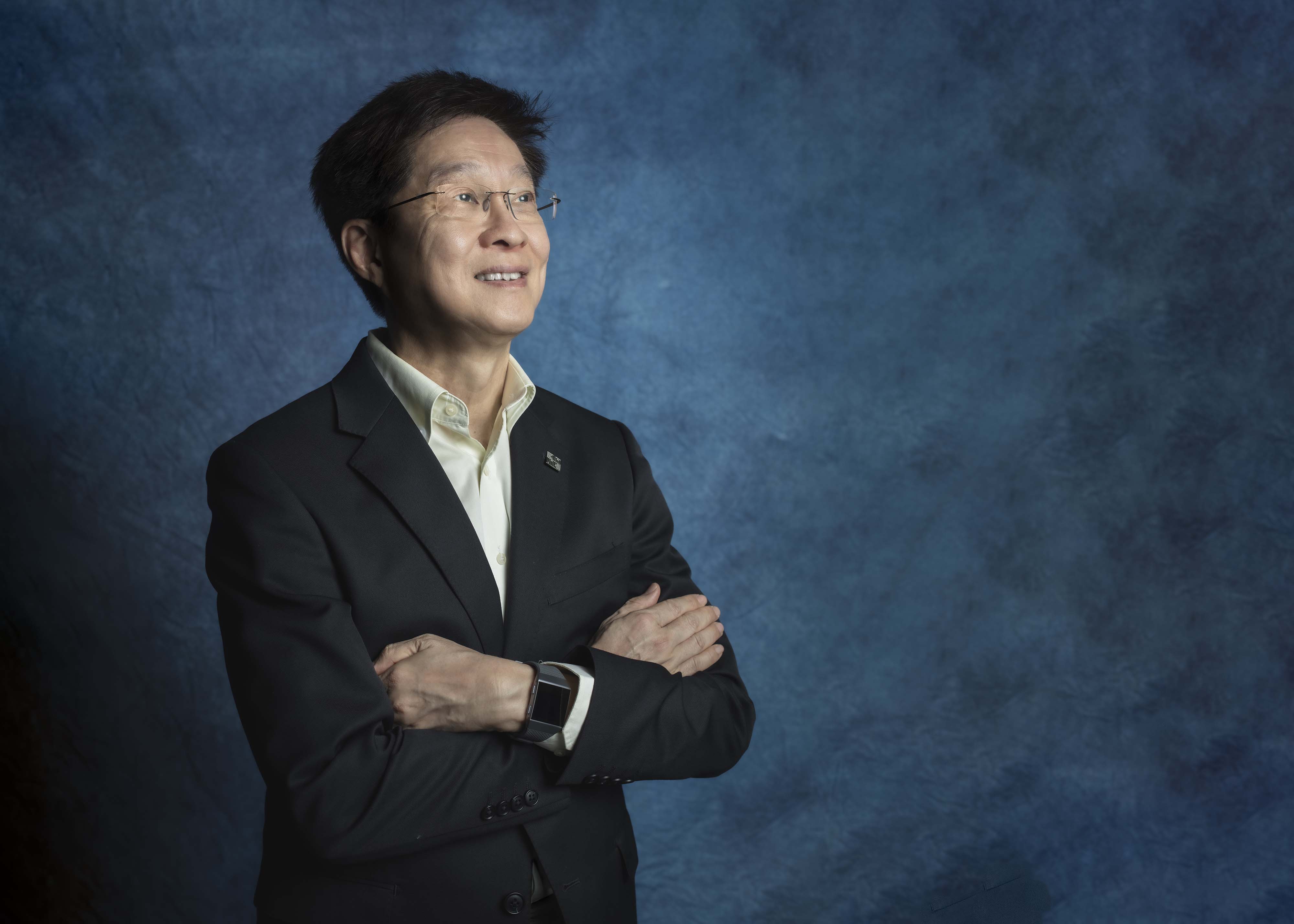 Gearing up to take on the next decade

Prof Chong and his team are not resting on their laurels. The university has already unveiled its multimillion-dollar plan to spearhead its next phase of growth, in three key economic sectors: Aviation, Cities, and Healthcare. That will be supported by developing capabilities in Artificial Intelligence and Data Science. It’s a bold and ambitious plan to deliver a unique university experience for students while gearing them up to contribute to society and industry.

“In the past, engineering students need to be strong in physics and mathematics. Now, data is an essential part of their toolkit,” says Prof Chong

Next 10 + 10: Deeper Focus on Design and Innovation

For the next decade and beyond, Prof Chong plans to further strengthen SUTD’s emphasis of design and innovation as a niche capability within Singapore’s wider education landscape. The last decade has shown that SUTD is not just our next-door university going about things the usual way.

“For the next 10 years, our unique curriculum will continue to evolve to better combine design and research, and will involve working even more closely with the industry to push the boundaries of innovation and create value for Singapore.”

Prof Chong believes that the interactive learning through cohort classrooms can be extended beyond the first year of undergraduate studies to strengthen the collaborative spirit of our students. 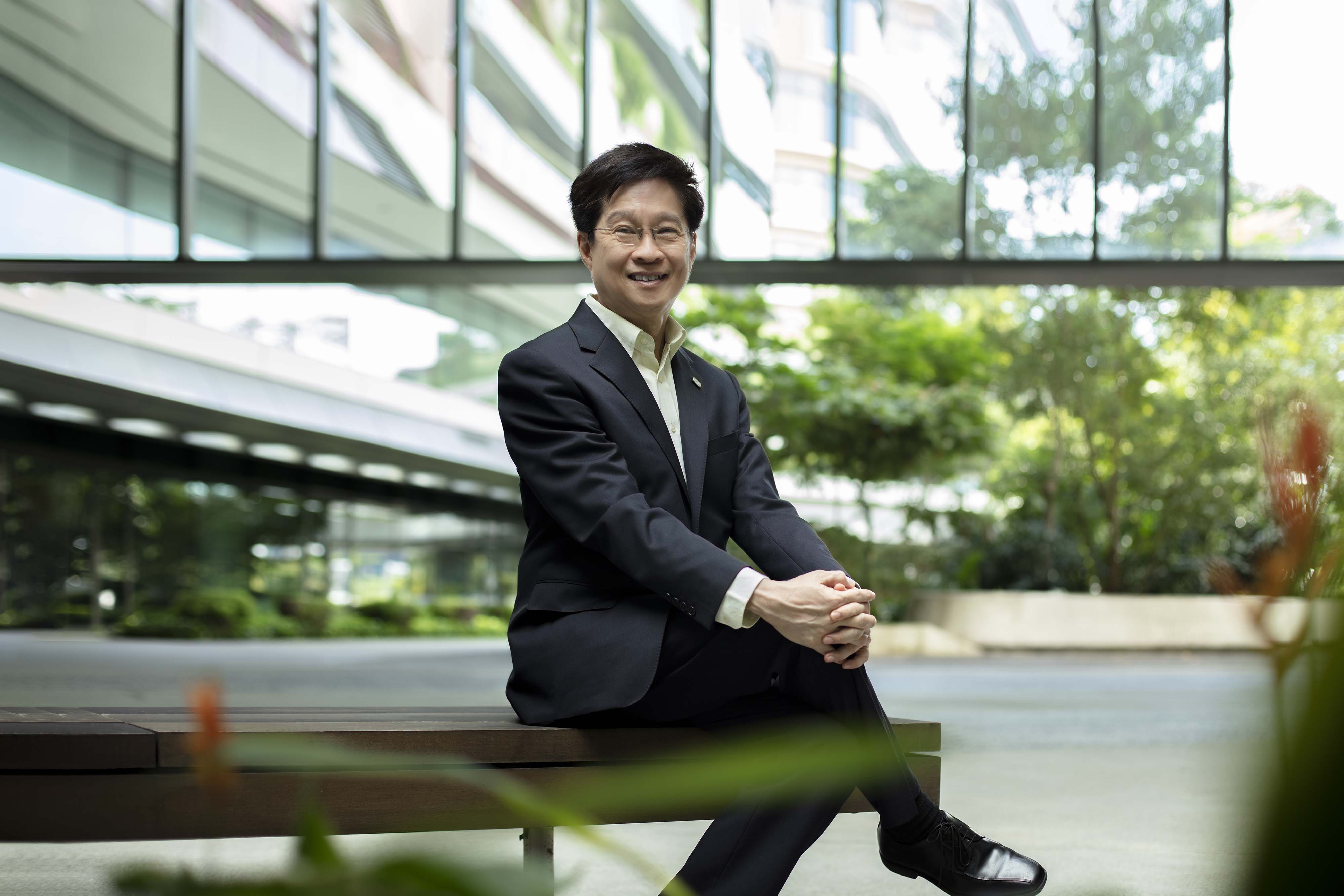 He also wants to offer more cross-disciplinary learning in the pillar years through Humanities, Arts and Social Sciences electives. “Design is not just about technology. You also have to understand from the human angle, the human desire, the human needs. You look at the smartphone: it’s not just about how fast you can transmit the signal, but also how people use the phone. Now it’s less voice calls, more texting and other things. It’s about how people want to communicate with others.”

In tandem with the improvements to the education model, Prof Chong also wants to further strengthen innovation in SUTD, while integrating that with education and research.

“We want to prepare students to be innovators through our curriculum,” Prof Chong says. The pieces are already in place. In the first year, students develop ideas, build something and launch a prototype. They also have opportunities to work on research projects through the curriculum or joining faculty research teams. Then they may go overseas for entrepreneurship and innovation courses. They are also further exposed to innovation in the pillar years, through competitions, such as the Create4Good Challenge, and their Capstone projects.

With that, I think we will be able to fulfill our mission to nurture technically-grounded leaders and innovators who will serve the needs of the society and the industry,” says Prof Chong.

“Everything we do is designed to better the world and produce graduates who would have that kind of multidisciplinary capability to come up with solutions that can positively impact the future of Singapore.” 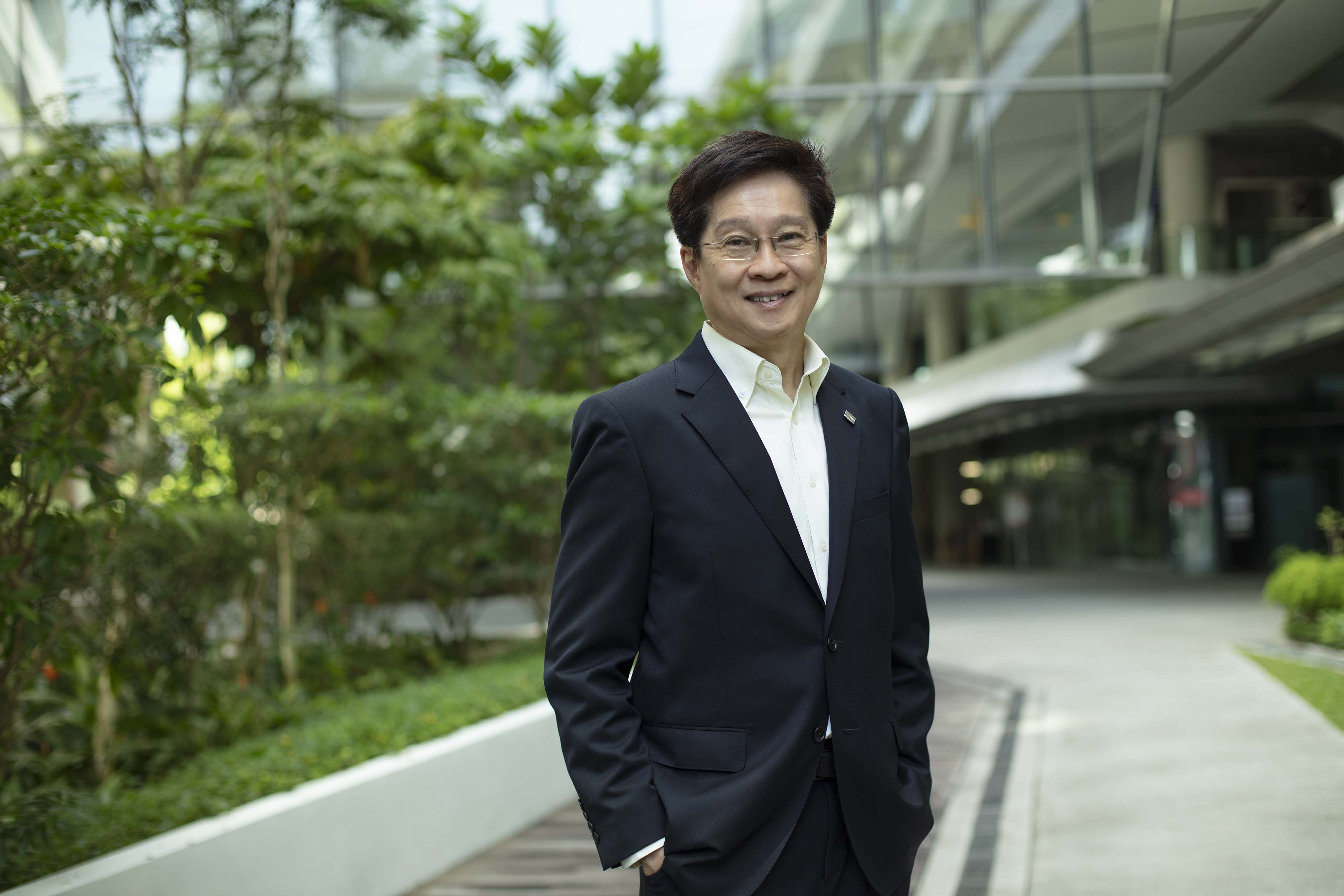 How has SUTD transformed my child?

Kicking it with Fifth Row (aka CCAs)