This week, we showcased each of our individual origami projects, and attended a company showcase by Geely automobile

On Tuesday, as part of the design thinking and expression course, each individual team presented on the origami they had created as well as its corresponding programmed movements. It was really fascinating how each team leveraged on motor timings and the joints of the origami to express emotions from a seemingly lifeless paper. Some groups even took it a notch up and incorporated lights and wallpapers to increase create a more surreal environment around the origami! My group centered our origami around the theme of animals, creating a shark, a seal, a clam, a penguin and a butterfly. We programmed each animal to move akin to their signature movement (eg. A clapping seal, a waddling penguin etc.) Overall, it was an insightful yet fun activity as we sought to incorporate automated movement into a robot, and bring life into something as simple as origami.

On Wednesday, we visited Geely Automobile. Based in China, Zhejiang Geely holding group operates all over the world through its many subsidiary brands, namely, Geely Auto Group, Volvo Car Group and Geely Commercial Vehicles. We were eager to see their exciting new products and took the opportunity to snap a few pics with them fast cars. We were subsequently introduced to exciting new joint ventures between Geely and other companies, such as their partnership with Tencent to provide wifi for China railway. 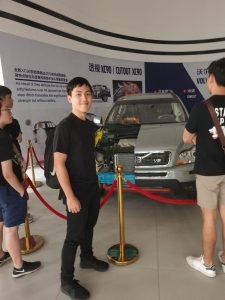 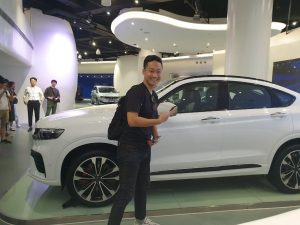 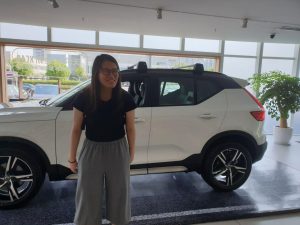 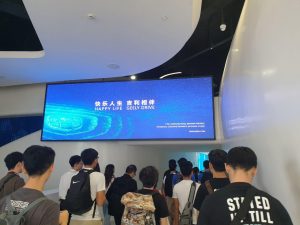 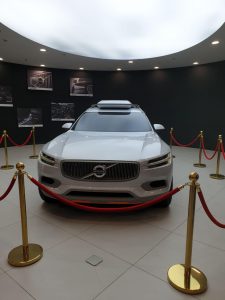 FOOD IN CHINA IS AMAZING

Everyday is a new adventure, a new food adventure of course!!! Located near our hostel is a food street that bustles with students at night. I made it my personal mission to try as many food stalls as possible, and especially try stuff that cant be found in Singapore. One of my favourite dishes this week is this delicious duck meat noodles, located in a stall that specialises in duck related dishes. 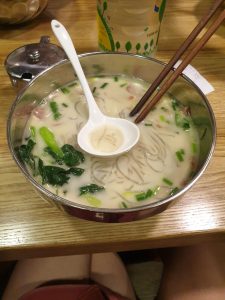 The broth has a creamy milky taste to it that complements the light noodles in it so well! This is the first time in my life that I have tried duck and I got to say, man it is delicious!!! (yes I know ive been missing out all this while). Every night, we are spoilt between choosing a delicious ice cream cone or bubble tea(no pics because when I eat desserts I am wholly focused on enjoying it :P). If anything, I will most definitely miss the food when I finally leave ☹