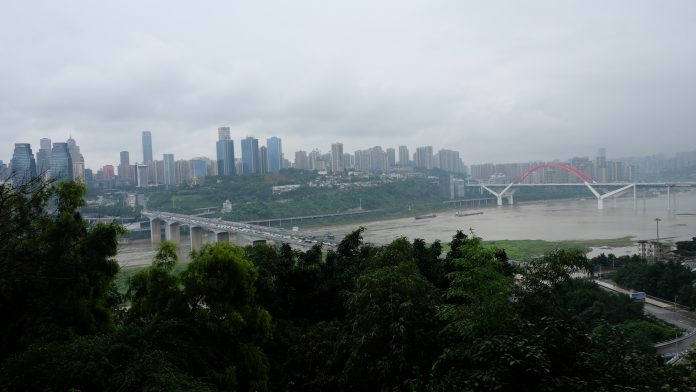 On my second day in Chongqing I decided that I wanted to go and see the views of Chongqing .I first went to the walks along the old city gates of chongqing were I managed to catch a few glimpses of the beauty of Chongqing.I also learnt quite a bit about the history of chongqing especially during the Japanese invasion of China. Then I walked around the location and took a metro ride towards the one tree scenic area.(trust me it really is called one tree scenic area).Realising at the metro station that it was going to be quite troublesome to enter the location by foot, I took a cab to the location and went to the main building where there was this phenomenal view of the city. I snapped a few shots and explored the various trails in the reserve. Though there was nothing that quite beat the view there was some interesting sights like a metal rod and also an adventure park which was sadly not yet open. Hence, I decided to leave the location after exploring all the paths. 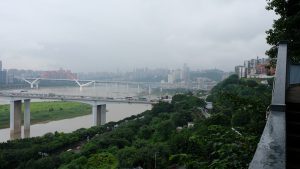 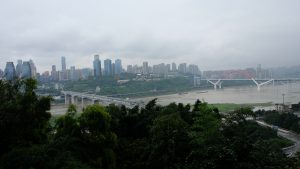 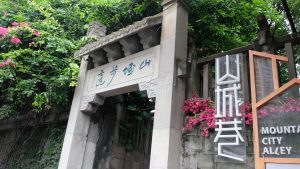 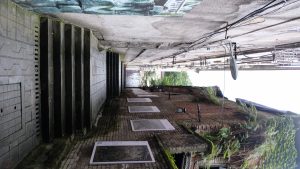 As I left the location I located my next point of interest. I saw that it was just beside where I was and saw a narrow path down the mountain. Figuring that it should be an entrance to that location I took the path. It was a mostly narrow and steep path and hence suspicion peaked in me halfway through the walk, I realised that it was probably not the right way, due to the poor condition of the path. But I realised that it was also quite dangerous to climb back up as the path was steep. Hence, I continued my journey down the mountain through a neglect mountain path. This was a path where I had almost slipped a few times as the ground was still wet from the rain. Hence, I took my time to slowly walk through the path. Reaching a crossroad and choosing to take the path down. As I slowly walked the path, I somehow ended up at someone’s backyard where crops were growing. It was quite an interesting experience though there were lots of mosquitoes along the journey and I was quite badly bitten by them and I was glad that it was over as I felt that it was truly a dangerous path which I should not have started on. 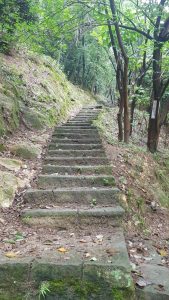 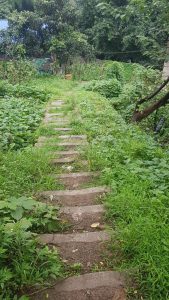 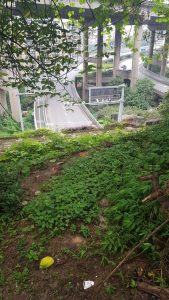 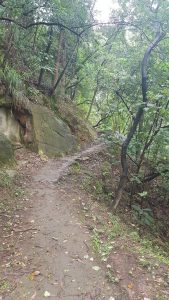 I continued my journey towards the temple, my next location of interest as I chanced upon a wet market. Not wanting to miss the chance to see a authentic Chinese wet market, I walked into the market and saw sights of live ducks, chickens and pigeons as well as rabbits. There were also all types of fishes that I had never seen before in my life. It was a memorable experience and one that I am glad that I took. 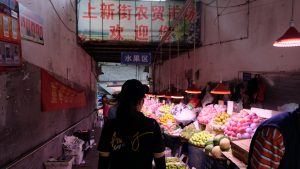 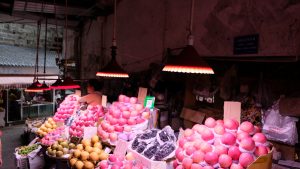 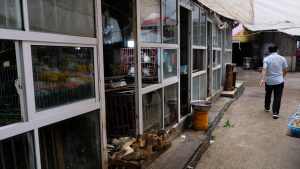 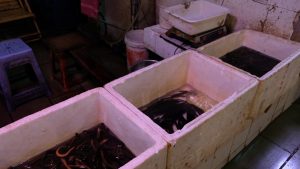 Hence after that short detour I continued to search for the temple, making a few wrong turns along the way and getting lost. Once along the way there were also 2 wild dogs blocking the path, and I had to move forward and backwards, somewhat in a manner akin to dancing a waltz, to allow them to pass them. Luckily, I managed to chance upon a moment where I was able to get pass them. But it was an interesting experience, things to note, the smaller dog was the more aggressive dog, barking at me trying to get me to back down and turn around. Hence, I continued my passage passing about a few tea stops and asking for directions before ending up upon a dirt path. Luckily the owner of one of the tea shops guided me along the way, as the right way was a narrow dirt path, one where you would miss if you were on your own and I finally reached the temple that I was looking for. I explored the temple a little and saw another amazing view of the city. By then I was tired and hungry opting to skip lunch to travel around and decided to take a cab back to my hotel. 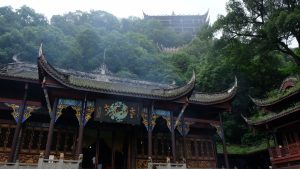 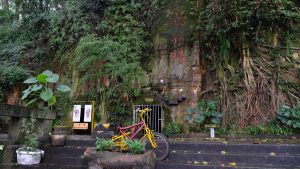 I took a queue number to a nearby Chongqing hotpot shop and went back to my room to rest and wash up while waiting for my number. Though it was a long wait, especially for the last 2 numbers where I stood outside the stall in the drizzling rain, I finally had a chance to go in and try the famous Chongqing hotpot. I ordered a few ingredients and the base. It was definitely a spicy hotpot as even though I ordered the hotpot with the 2nd lowest spiciness level, I still saw lots of chili inside and spent most of my meal drinking the mushroom soup, which was a good call on my part, as I ordered a hotpot with 2 bases. However, one mistake I made for the hotpot was ordering an ingredient which I had thought was the waist meat but turned out to be the kidney as the Chinese used the same word for both parts. I only managed to eat 2 pieces of that part before passing it on to another table for free as it was not to my liking. Overall, I could see why it was such as famous hot pot as the soup did have a rich flavour even though it was quite spicy. 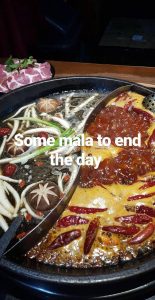 It was a great second day in chongqing as I got to see lots of the cities sights and had lots of new novel experiences.