For the entire week, I didn’t really go out much. Most of the time was spent splitting myself between the three projects on hand, the Theme project, DIP and finally the new course Design Thinking. All of which I’ll go through, part by part.

For the past few weeks, the theme group has been working hard at our project, the Werewolf AR System,… to no avail. I’ve resulted in learning Unity from the bare basics from lynda.com(pls sponsor me) which, thankfully our school gives accounts for free. As compared to the Unity tutorials that Microsoft gives. So we’ll have to see how the next week goes.

The DIP group project is going ahead as planned as far as I can tell. I’ve been re-tasked by the group to assist in the creation of the video because of my background. We had a test shoot to see the timings/framing of the video. Oh, and also has a confirmed name, ‘Mito’.

I did the animation for the intro logo, the original artwork was done by my groupmate

For Design Thinking, the main idea is to attached 3D printed material on paper, so when they are heated/cooled down, the difference in the expansion/contraction of different materials will cause the paper to ‘actuate’, so to speak. My group went through multiple hours and prototypes before we reached the below idea. To have little water droplet shaped  cutouts curl in quick succession to show a sort of ‘animated’ rainfall. 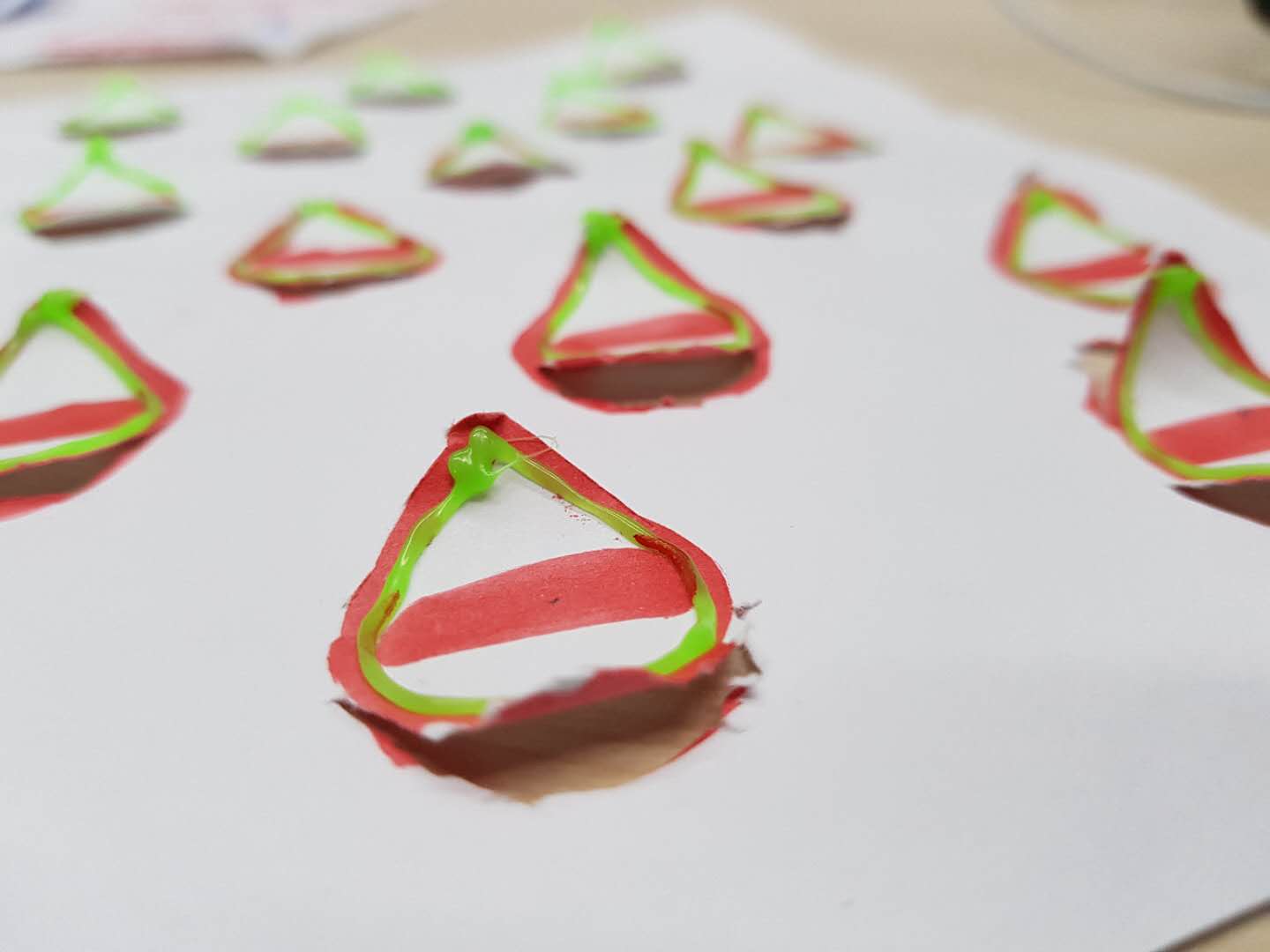 A photo of the prototype

This is a quick animation I whipped up to further show the idea. The paper will curl successively when electricity if heat is focused on it.

Animation done in After Effects

Yeap, so that’s the main highlights for the week, just work, work and projects. 🙂

Signing off for now,