Doing a solo overnight weekend trip for the first time. It is definitely a unique experience that I enjoyed.
From the trip to cheongju last weekend with my Korean buddy, I learnt that taking the kobus isn’t as complicated as I thought it would be. Similarly, accommodation isn’t actually hard to find when you are alone.

Reaching Jeonju
Navigating around was not as easy as I thought it would be. Unlike Seoul, Bus frequency isn’t as high and bus stops isn’t as obvious. Some of the bus stops are just a pole with a couple of boards.
Situation on the best, however, is a lot better as the next 2 bus stops are announced in English/Mandarin too.

Attractions
Several of the famous/popular attractions are actually clustered together in an area. Jeonju Hanok village,
Gyeonggijeon Shrine and Jeondong Catholic Cathedral are all within walking distance with one another.
The area was actually filled with tourist in hanbok with their photoshoots. It seemed like every part of the environment can be used to take nice photos. Especially in Gyeonggijeon Shrine, the hanok looked really nice.

After a few hours around the region, i headed over to the jeonju national museum. The museum covers mainly on the history of jeonju but I do see some similarities and things in common with that of other museum. The museum in Seoul gave a good, broad overview of the entire history in Korea, this museum focuses more on the history in Jeonju/Baekje during the 3 kingdom period. Jeonju was actually the capital of the late baekje kingdom.

At night, I proceeded to the nambi night market with lots of food. Tried some moju and decided to get some back to Seoul. Moju is a tea with low amount of alcohol.

On the next day, I headed over to the jeonju hanji museum. Sadly, it was not open. I was hoping to see the museum as it covers history and development of paper. The jeonju trip then ended after more exploration in the jeonju village. (It’s big enough). 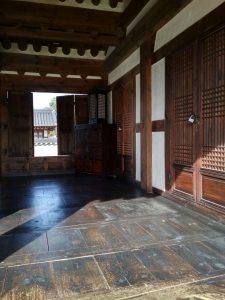 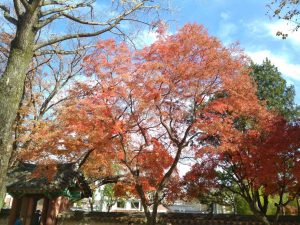