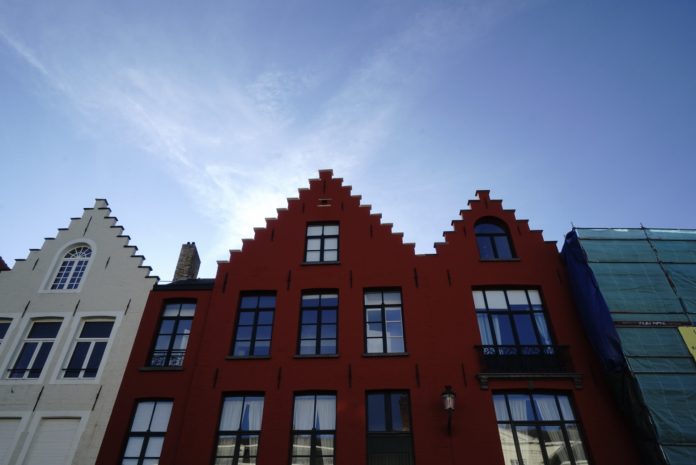 We found a really cheap day trip to the major cities of Belgium, so here we go:

The day started out in Bruges, a quietish town on the western side. There they told us how Belgium half speaks Flemish, which is kind of like Dutch but not quite. (the distinction is also political, which is really interesting.) 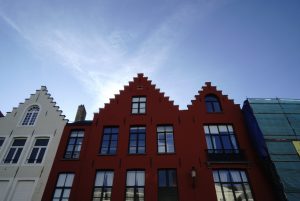 We went for a boat ride at the start, which is where this picture was taken. the crow-stepped gables are a unique part of Bruges, though some German and Dutch cities have them. (Amsterdam has some but the style of house is also a bit different I believe?) 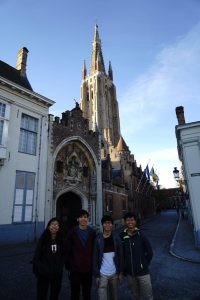 This picture was taken before the ride – behind the cameraman are canals. The town had a lot of these canals; it’s a lot like venice tbh. 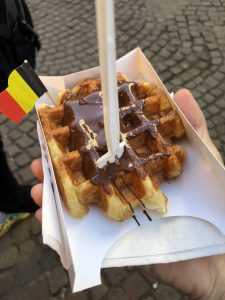 These were the best waffles I’ve eaten. So imagine. The outside is warm, thiqq chocolate syrup. You open your mouth and place your upper teeth on the waffle, crunching into the thin crust on the outside of the waffle. your lower jaw rises into the convenient concave recess in the “plate”. you bite down. the outer crust, maybe 1mm thick, crunchy and delicate, gives way. the inside is soft and batter like. The chocolate syrup coats you mouth. you move the food around in your mouth and smear the batter-y waffle on the roof of your mouth and take another bite. the crust gives in again, crunch- and then the soft batter smooths itself everwhere. urghhhhhh I should’ve had more than one.

Fun fact: Bruges has a piepline of beer running under it. It was to allow the local brewery to pipe its beer to the bottling facility more conveniently. It was also partly funded by paying for the right for people a literal lifetime supply of beer. Imagine that. (one 330ml bottle a day for the rest of your life) The pipeline (according to google) pipes about 4000L of beer in a hour. Beautiful.

After that we went to the atomium for all of 15 minutes. Just for the photos y’know. Someone got left behind when we left for Brussels.

Brussels is a very different city; being the city centre, it’s more business-y with the same style of modernist shiny buildings. But still great, there was this container art stuck in the middle of a roundabout. 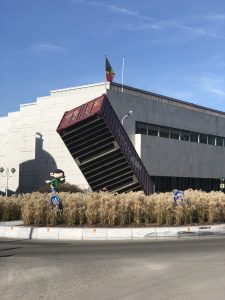 Mostly we went shopping and eating and chilling. We got some drinks at an Irish pub (“some” by Irish standards probably) before dropping by a Carrefour (France’s influence, it appears?) to get like… 16 beers before we went back to Enschede. 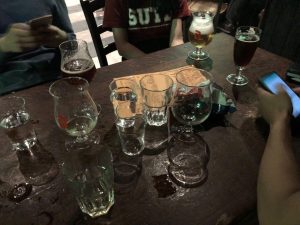 The Belgians really don’t mess around with their beer.

(Their chocolate too, but I forgot to take photos of that. I got this pink style of chocolate that tasted fruity. Supposedly it comes from a type of bean which gives it its unique colour and taste.)