On the 26th of January I ignored the fact that my finals were soon approaching and traveled down to Amsterdam to participate in the Dutch Student Championship (NSK) Cross race.

Since I trained regularly before the race, I felt more confident and signed up for the Long Cross (6KM). I heard from my team mates that we should wear spikes however, since I don’t own any I decided to wing it and run the course in my very worn out sport shoes. The race was very interesting because it was on a very different terrain. The race course was in a forested region, but the paved and proper paths were cordoned off. So the race course was in a very extremely muddy and slippery. There was also an extremely muddy hill, however since the Long Cross category was the last category and I was one of the last few people completing the race, many people ran over the hill making it extremely muddy and slippery. Since I participated in the Long Cross, I had to run two laps (and up and down the hill twice). On my first lap, I underestimated how slippery the slope was and fell down making this my first every fall in a race :D. Fortunately my pants were old so it was ok that they got muddy. On my first and second lap, the hill was so muddy I couldn’t run or walk up the hill at all and had to climb up the hill on all fours, and grab on whatever patch of grass was left on the hill to pull myself up. It was a really tough terrain, but luckily most of team was on top of the hill and cheered me on when I had to climb up on all fours. There were even people from other teams giving me directions on where to run/climb so I can get up the hill easily. There were also more teammates at the end of the race cheering me on so that was really fun :D.

After the race, my shoes were completely wrecked and they were super muddy. There was free water and Chocomel :D. It took quite a while to wash all the mud off my hands. In the evening after everyone had washed up, the organizer provided a delicious meal of rice and curry (yum yum) in the Olympic Stadium.  We even played some board games :3 The after party was at a bar, but my team got bored and abandoned the party to get supper at MacDonalds. After supper we then abandoned the after party to turn in early since we were exhausted from running. There was then a sleepover at the Olympic Stadium and I then made my way back to Enschede with the team. Our team’s participation in NSK Cross was featured on the school newspaper!

Despite this being the toughest race (terrain wise) that I have participated in, it was a really fun and eye-opening experience. It’s not everyday that you get to run through the mud in Singapore and crawl up a muddy slope with you entire team (and other strangers) cheering you on 🙂 It’s also my first race in sub-10 degrees weather. Ive been really afraid to run outdoors since winter came, but I managed to survive this race with 1 top layer (thanks Uniqlo heat tech). I still needed 2 tights to survive the cold but I’m just glad I didnt freeze or cramp up halfway during the race.

Overall, I never expected to run in Netherlands much less participate in the Dutch student championships. It was a really fulfilling journey, I fell back in love with running and also fell in love with running in winter. It’s really nice not feel like a hot sweaty sticky mess after every run. 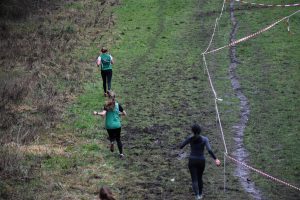 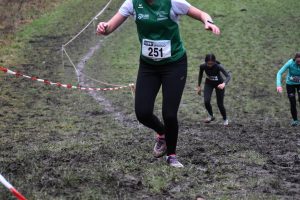 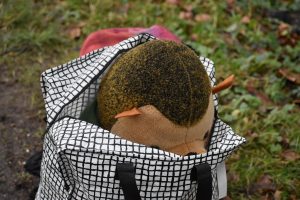 The Athletics Association bring the mascot for every race! 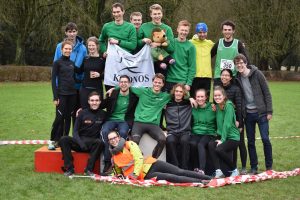 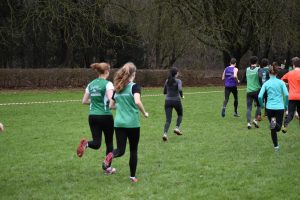 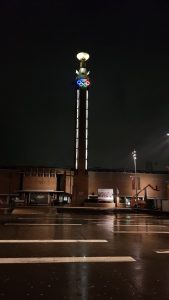 Nothing beats a warm meal in winter 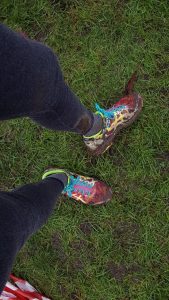 Muddy shoes after the MOST FUN RACE IN MY LIFE! 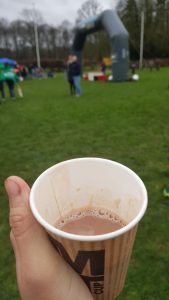 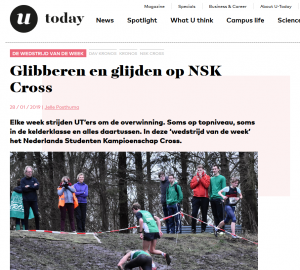