I finally trimmed my beard this week. It wasn’t cheap, but it was good. These Hong Kong barbers know their stuff.

Highlight of the week wasss… HAPPY VALLEY!! (click on the top image above, it’s a GIF)

Happy Valley is Hong Kong’s famed horse racing venue. Horse racing is (apparently) a big thing in Hong Kong, and is very popular among older locals as well as international expats working here. Raceday at Happy Valley is generally every Wednesday, aptly called “Happy Wednesdays”. Happy Wednesdays are a massive social event on top of being horse races; “You going to the races?”/”I’m going to the races” is a phrase you often hear thrown about on Wednesdays. It’s an event night, filled with drinks, music and money. Lots of cash being splashed everywhere, from betting to bites to booze.

The Hong Kong Jockey Club is the only avenue through which the public in Hong Kong can legally engage in sports betting – which is basically just Happy Valley horse racing and football (I think). HKJC holds a monopoly in this regard, and when you enter the Happy Valley venue you can just SEE the amount of wealth the organisation holds lol. 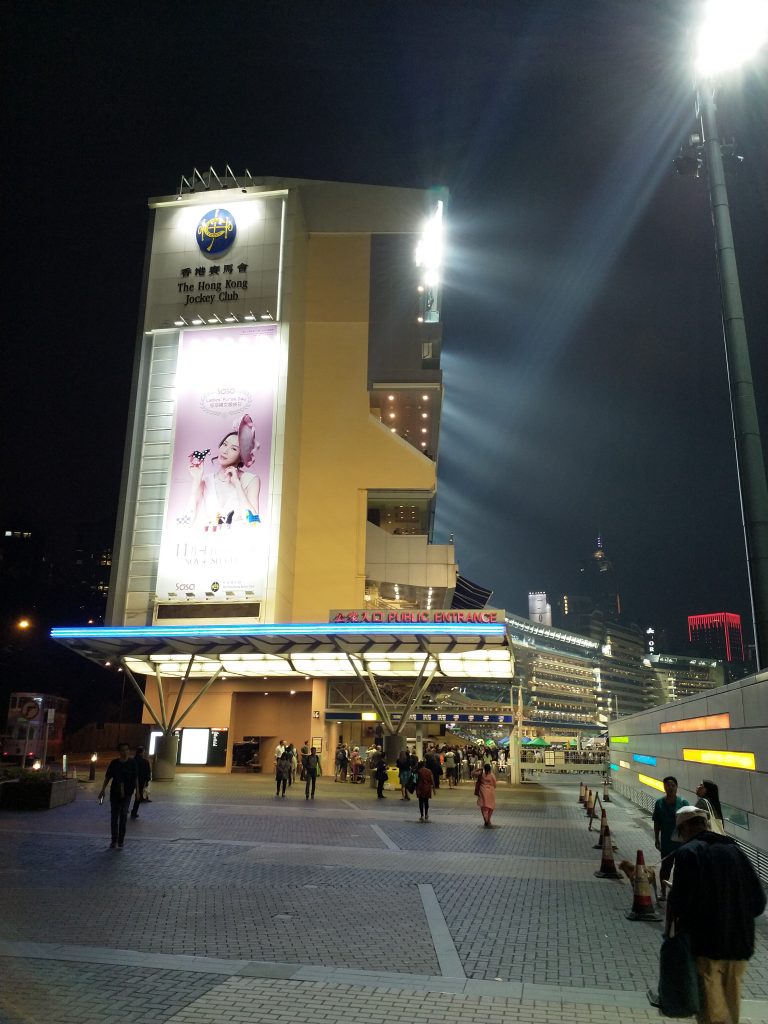 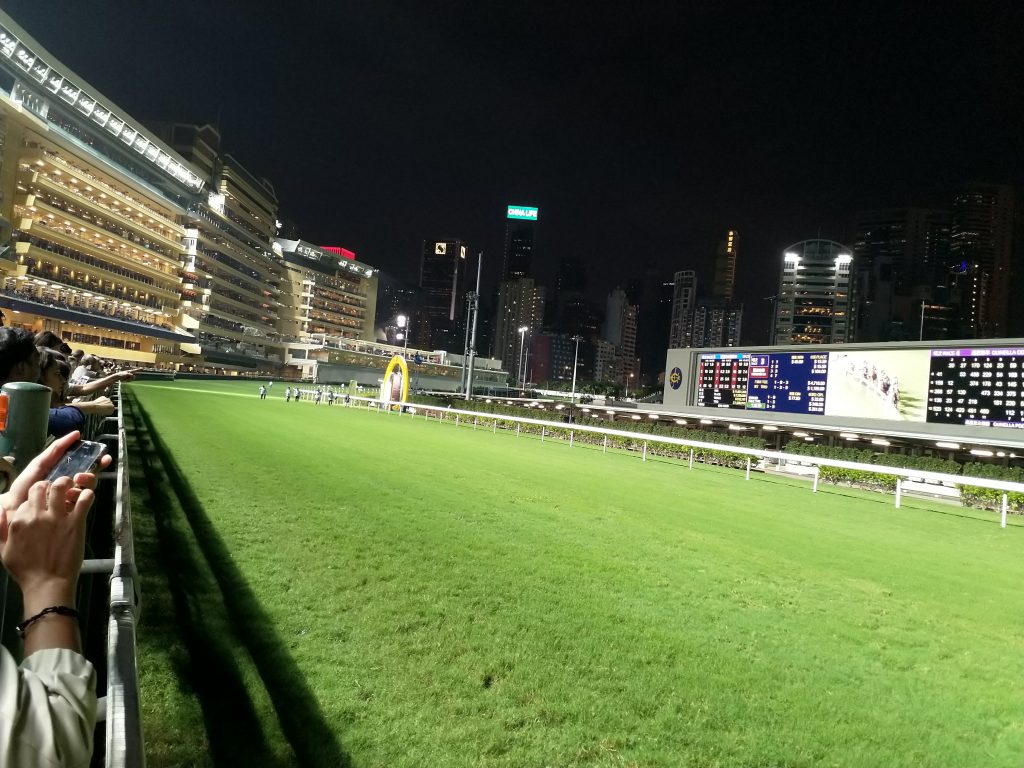 Even though the races are usually on Wednesdays like I said, this week Wed was a public holiday (Chung Yeung Festival) so Happy Wednesday was shifted to Thursday instead.

I went to the Racecourse with Markus, an Austrian guy who lived in the same shared room with me in our Jordan hostel. He had come to Hong Kong on a working-holiday visa – something I only found out about the existence of through my interactions with him – and was staying at the hostel until finding a job and deciding where to go from there. We instantly connected through our mutual love for football, particularly our support of Liverpool FC. YNWA!!!

Earlier that week I was having drinks at the hostel with Markus and another British lady (whose name now escapes me sorry u.u) who was also staying at our hostel albeit only for a few days, which was when we made plans to go to Happy Valley, and she told us that her grandfather was the chairman of the HKJC at some point several years back o.o Crazy small world. Really should’ve noted down her contact for future use huh LOL jk.

Anyways back to Happy Valley. We went up to the 6th floor to get an aerial view of the races because the floors between levels 2 and 5 with better-angled views had restricted access, presumably for the filthy rich club members and whatever VIPs. All the food there was crazy expensive but I was starving and wouldn’t have had time to buy any food later on on the way back home so I just bought myself some cheesy potato wedges thing and went over to the viewing gallery to catch a couple of races. Check out the footage from one of the races below!

After two races, we decided to just place a small wager on the next one just for the heck of it. We each bet like $20 (HKD) or something. And both lost LOL. TIL horse race betting is an intense, serious and time-consuming activity and that you have to do your homework and constantly follow the results in detail to make a wise bet, let alone consistently win.

Later in the week, I went out to eat dinner at a Malaysian restaurant with a bunch of students from CityU. It was a food outing organised by CityU’s International Society, and I immediately signed up upon seeing it. The restaurant we went to was called “Semua Semua”, and they serve a range of (authentic?) Malaysian delights like Nasi Lemak, Bak Kut Teh, kaya toast and…

As with any restaurant in Hong Kong, the food was NOT cheap. It came out to like 7-8 SGD for two plain pratas LOL joke. But still. Eating local food in Hong Kong, after so long, definitely felt good. And it helped that the food did taste good and tasted how it should. The teh tarik was really just as good as back home. Kudos to the chefs.

That pretty much wraps up this week. So far so good.