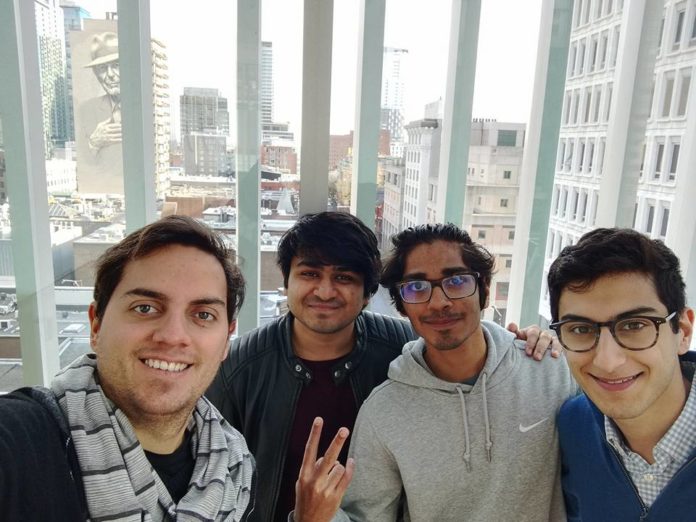 It’s been a hectic few weeks for us here in Waterloo. Our midterms being spreadout and all we haven’t had much chance to post. Sorry!

Well anyways, I myself took a trip to Montreal just last weekend with some fellow exchange students! It was a pretty long distance away from Waterloo taking almost 8 hours to get there by car. It was really weird seeing the sun start to set at 5.30pm something that never happens in Singapore.

So there’s a picture of me in Montreal all covered up because it was -5 degrees there and I was not prepared!

And here’s another of the gang I travelled with. They were from Hong Kong and France!

In Montreal we walked around quite a bit visiting the Museum of Fine Arts, Mont Royal ( the Famous Mountain in Montreal) and visited a few Basilicas that were really elaborate and huge!

I think it was pretty astonishing that in Montreal people usually tended to speak to me in French first and realizing I had no French speaking skills switched to English for my sake. The signs in Montreal were all in French too, being that Montreal is part of the French-speaking Quebec State and not in Ontario where Waterloo is.

After Montreal we drove home stopping by Ottawa which actually took us by surprise. We knew that Ottawa was the capital of Canada but it really felt like a small town rather than the capital. Ottawa is a split City between Quebec and Ontario meaning that entering the city signs were in French and after a certain point they were in English!

Ottawa had a really laid back vibe to it with little people and we managed to tour the Canadian Parliament building. Coincidentally, we had arrived in Ottawa when Canada was remembering its war-heroes and thus there was special lighting of the Parliament building at night. 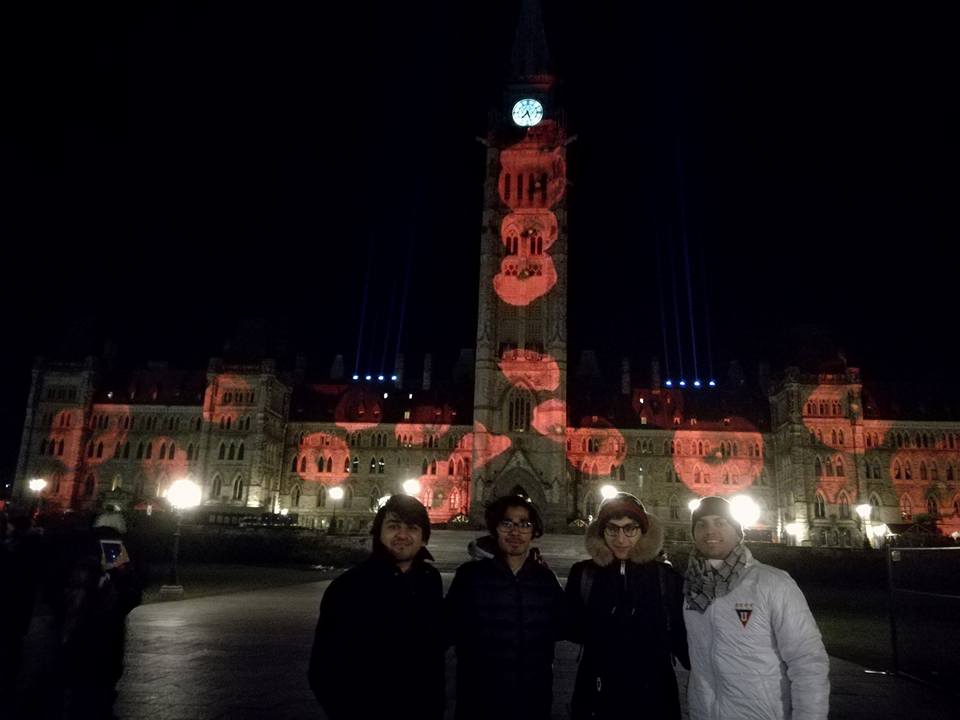 On our last leg home from Ottawa back to Waterloo, we encountered falling snow just as we hit Waterloo. To me and my friend from Hong Kong, it was our first experience with falling snow and we were pretty excited while the French people were equally nonchalant.

While it was a short trip, it was really memorable and I hope I’ll be able to travel more in the days ahead. Well it’s back to studies for now. Stay tuned for our next post!