Spent time over the past weeks settling down into school, while also exploring Seoul and Suwon! As mentioned in the earlier post, SKKU has one campus in Seoul and another in Suwon. To compare the two cities, I feel that Seoul is much livelier in terms of sights and activities, while Suwon is a smaller and quieter city. I personally fancy Suwon more, perhaps due to its quaint laid-back charm (and maybe because all my courses are in the Suwon campus). 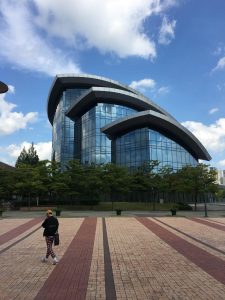 To get around, the main mode of transport is the Korail Train, which is similar to MRT in Singapore, but a whole lot larger with many more stations and lines (boarded the wrong train and missed my stops on many occasions). Thankfully, Suwon is connected to Seoul by this same train network. The station nearest to the Suwon campus, called Sungkyunkwan University Station, is just a short walk away. 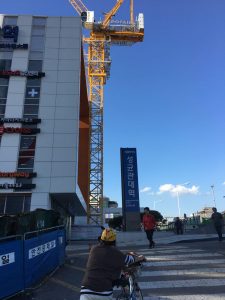 There is also A LOT of walking to be done here, which is something I feel I don’t do enough in Singapore. Cool weather during this period (about 25 deg C in the day and 18 deg C at night) is really great for exploring places on foot!

Korean food is amazing too, with a wide selection of options everywhere (even around our campus)!! Common sights are restaurants serving fried chicken and K-BBQ, as well as humble establishments selling simple but tasty rice dishes. One of my favourites is Jjigae (Korean stew), which is a hot pot dish loaded with all kinds of tasty ingredients simmering in savoury soup. Do note that some may have very spicy soup bases so watch out! 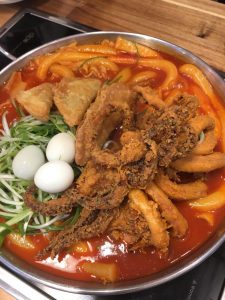 As lessons are not as demanding in the first weeks, there is some time to travel around and explore the area. I recently visited the Han River in Seoul with a few other exchange students from SKKU on a pleasant day with clear skies. The Han River is a major river in South Korea, which runs horizontally through Seoul, splitting it into a Northern and Southern half. It is lined with pedestrian walkways and bicycles, boasting scenic views which attracts many locals and tourists to enjoy a day of cycling or having a picnic. We rented bikes and cycled across the bridges connecting the two sides. Best part was that we barely even broke a sweat (thank you low humidity and temperature). 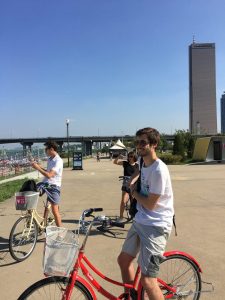 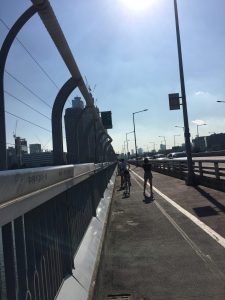 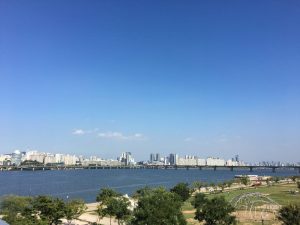 An afternoon at the Han River

That was just a brief glimpse of what I have experienced so far in Korea. Thanks for reading and stay tuned for more adventures!