Over the weekend, I decided to visit Jeju Island with some of my friends I made in Yonsei. This is the first time I fly in a plane with no passport. For domestic flights, we headed to Gimpo Airport not too far away from school. ( A taxi trip to the airport costed about 15k won) 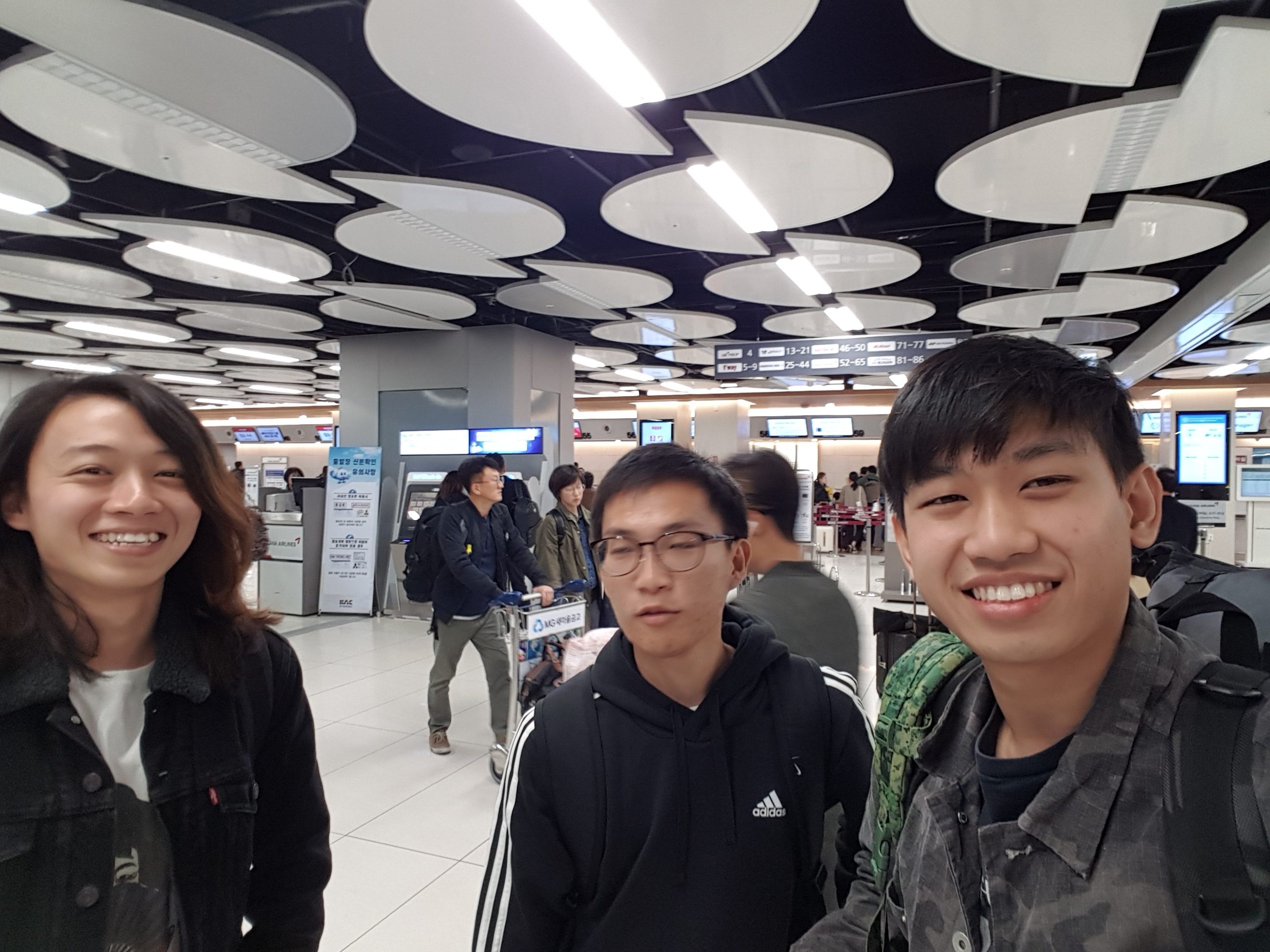 Upon landing at Jeju, we had to collect our rental car. Since the public transportation in Jeju is not a developed, it is reccommended for a rental. Shuttle services from the airport to the rental shop is provided which makes things hassle free. 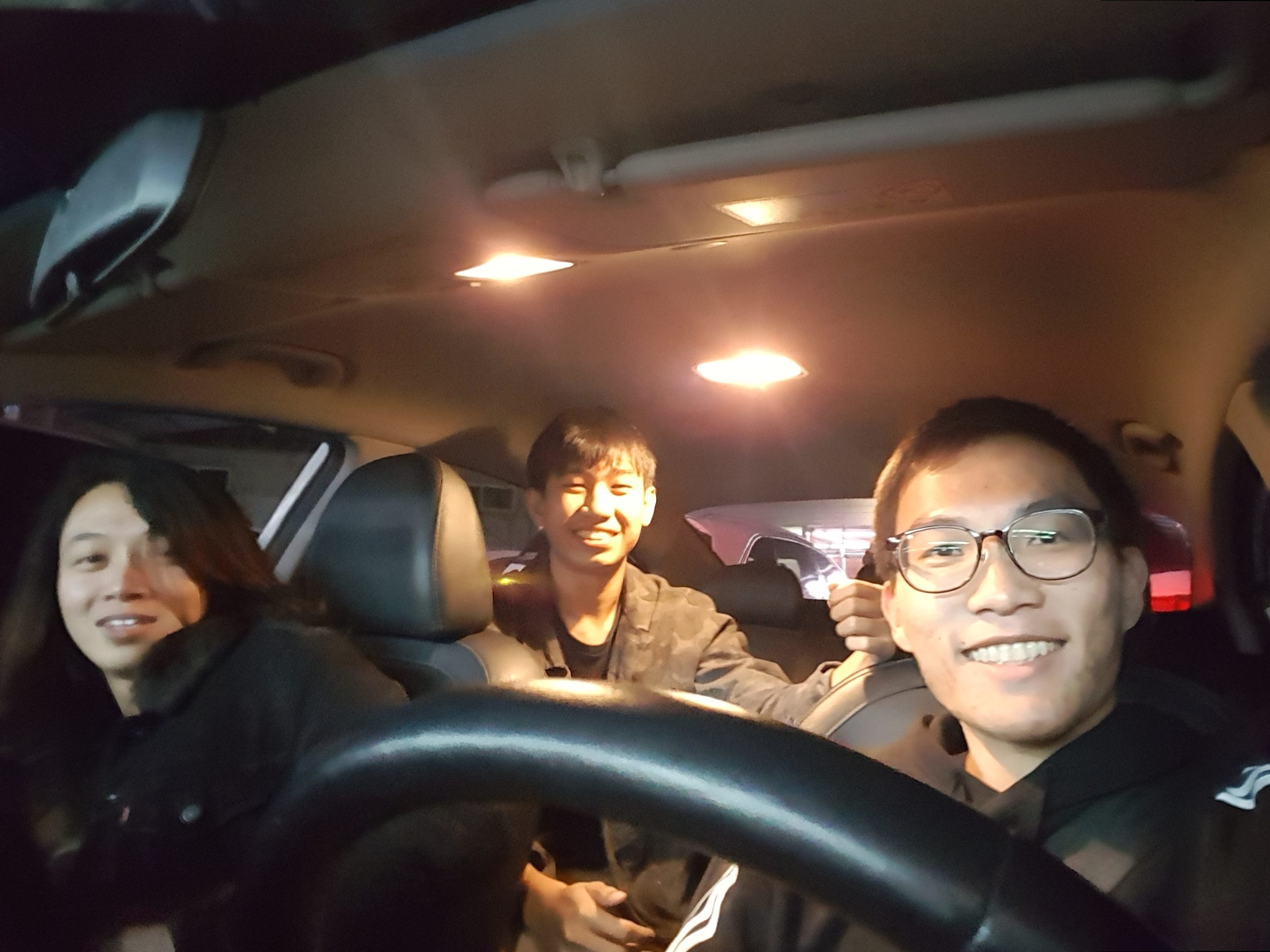 Jeju is famed for its many scenic spots and unique seafood. On top of that, it also houses korea’s tallest mountain (actually a volcano) which is halla-san.

One of the attractions that we visited was the maze. 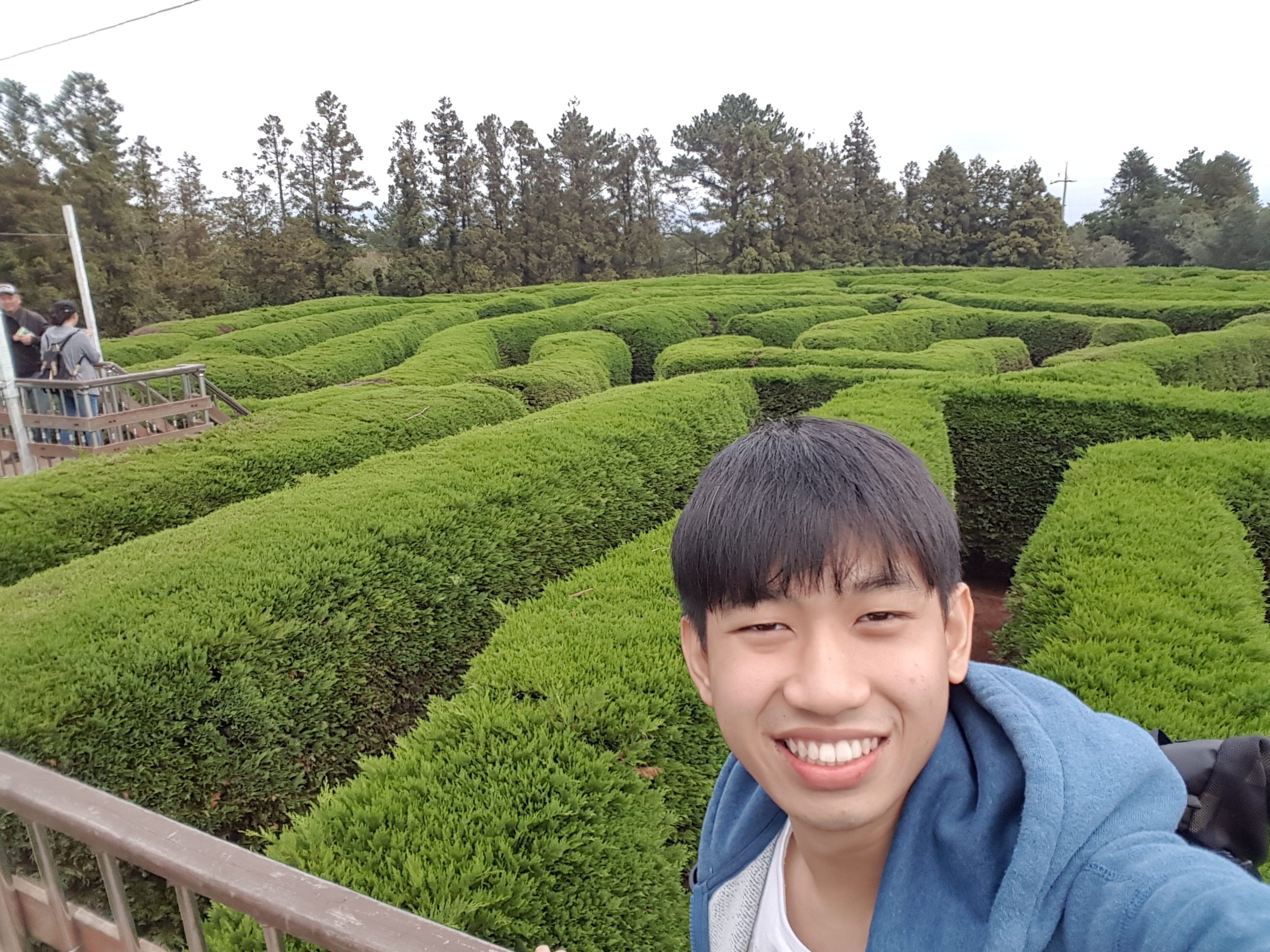 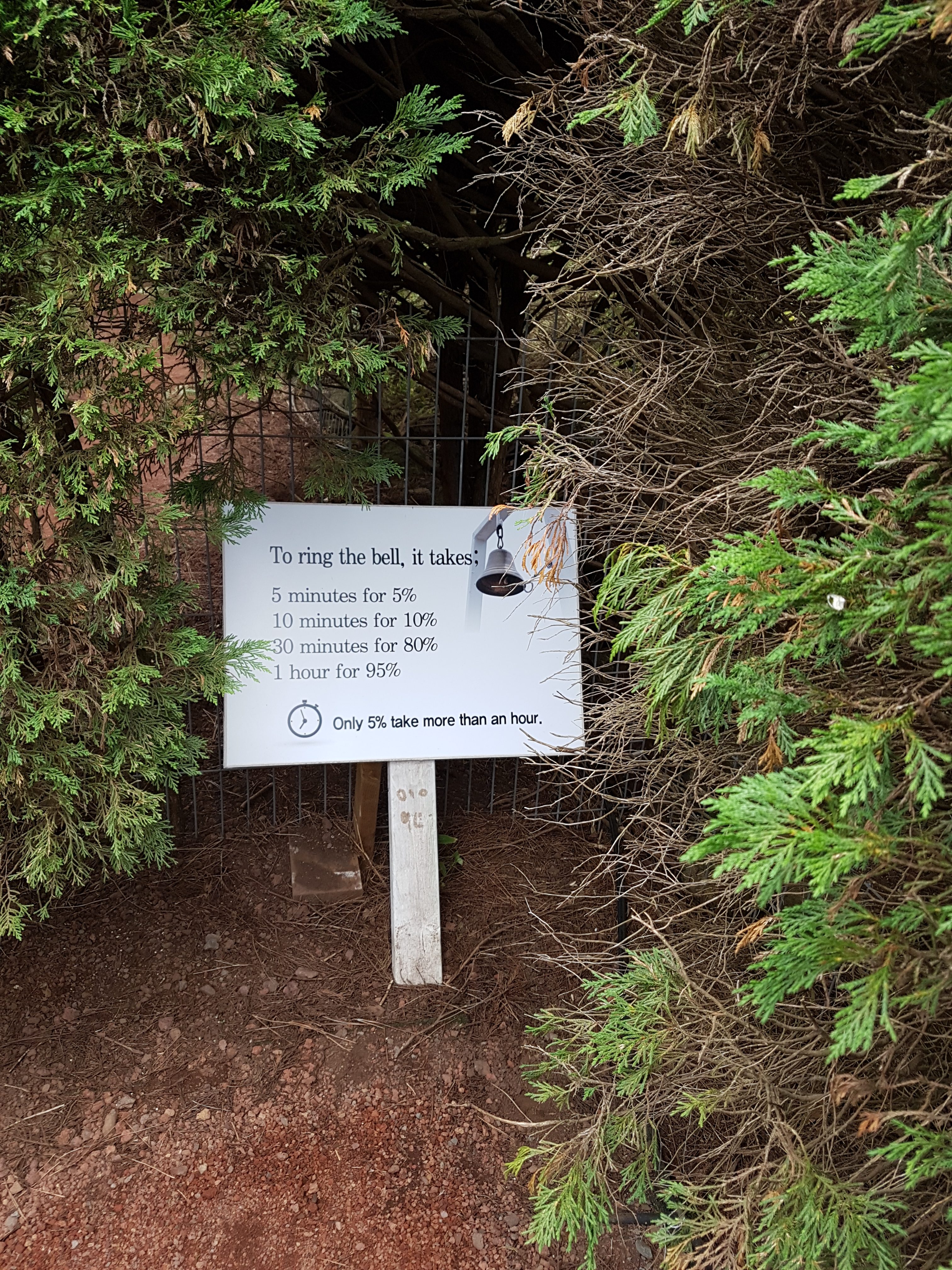 Before entering the maze, you are handed a map. However, I decided to just explore the maze blindly but amazing did not take too long to find my way out.

A UNESCO certified spot in Jeju island was the sunrise peak. Which a crater located right at the top of the hill due to volcanic activities, it was an interesting sight and filled with visitors as well as the hike up the hill was simple and took only about 20 min. 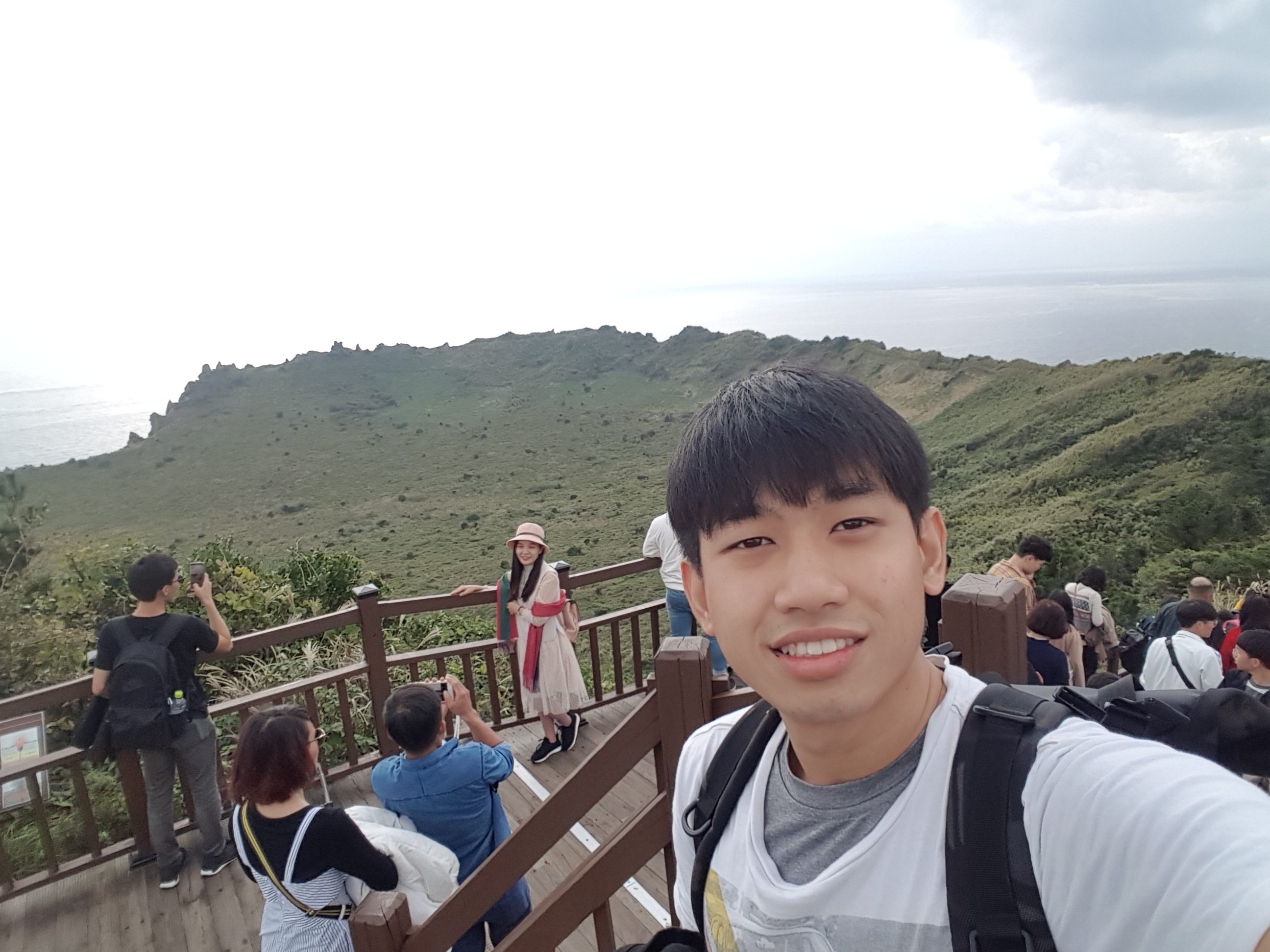 On top of that, we also visited many other attractions like caves, the CheonJiYeon waterfall, JusangJeollii Cliff and various other spots which were really pleasant as well.

However, the highlight of the trip has to be the hike up Hallasan. The Hike was not easy as it took me about 8 hours for the round trip with multiple breaks taken during the hike. The conditions of the day for the hike make it extreme difficult as well. 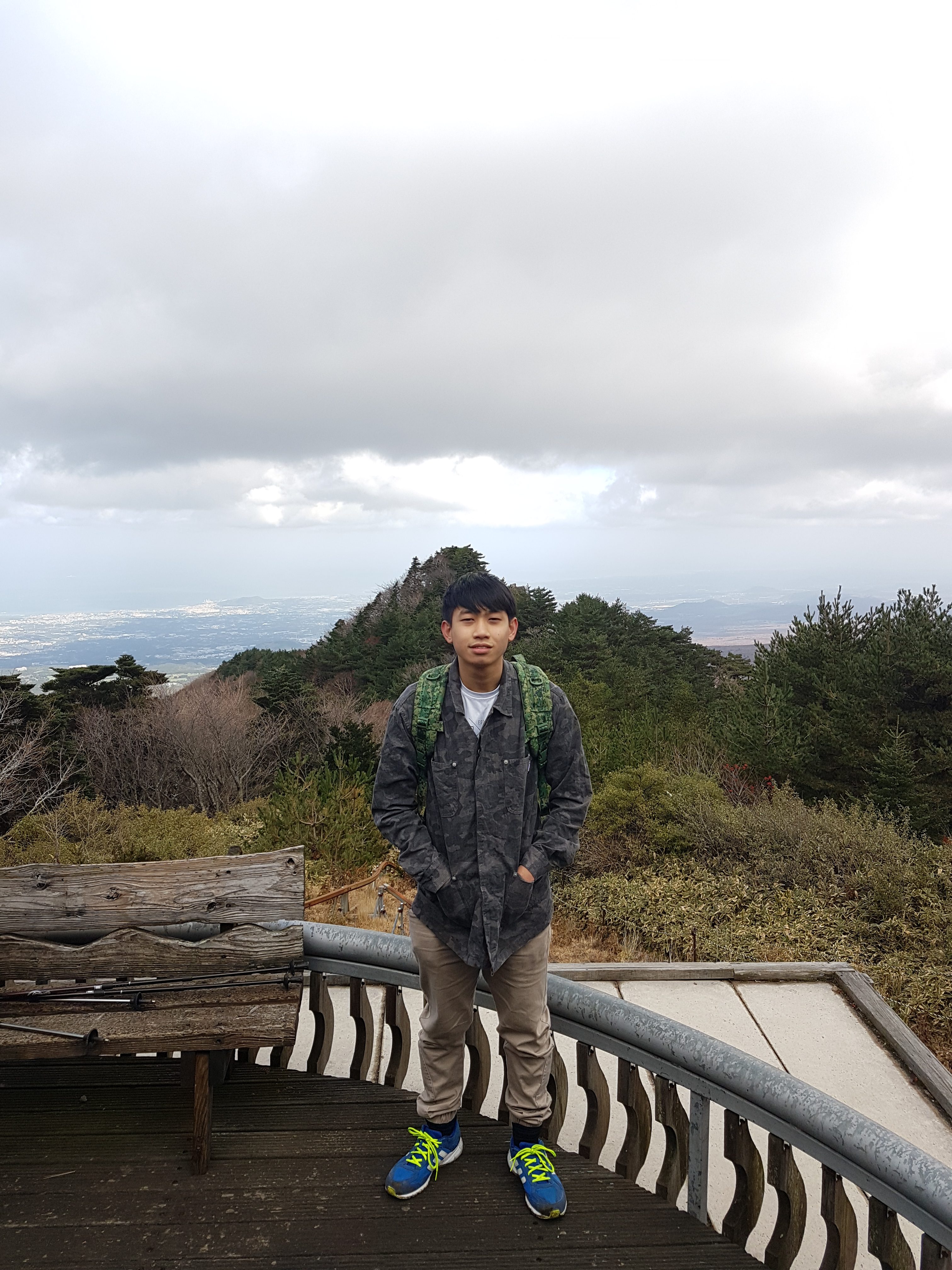 Despite the hike being very strainous, we still had to wear multiple layers of clothes as the weather was really cold.

As we continued climbing, we can see the scenaries starting to freeze up. 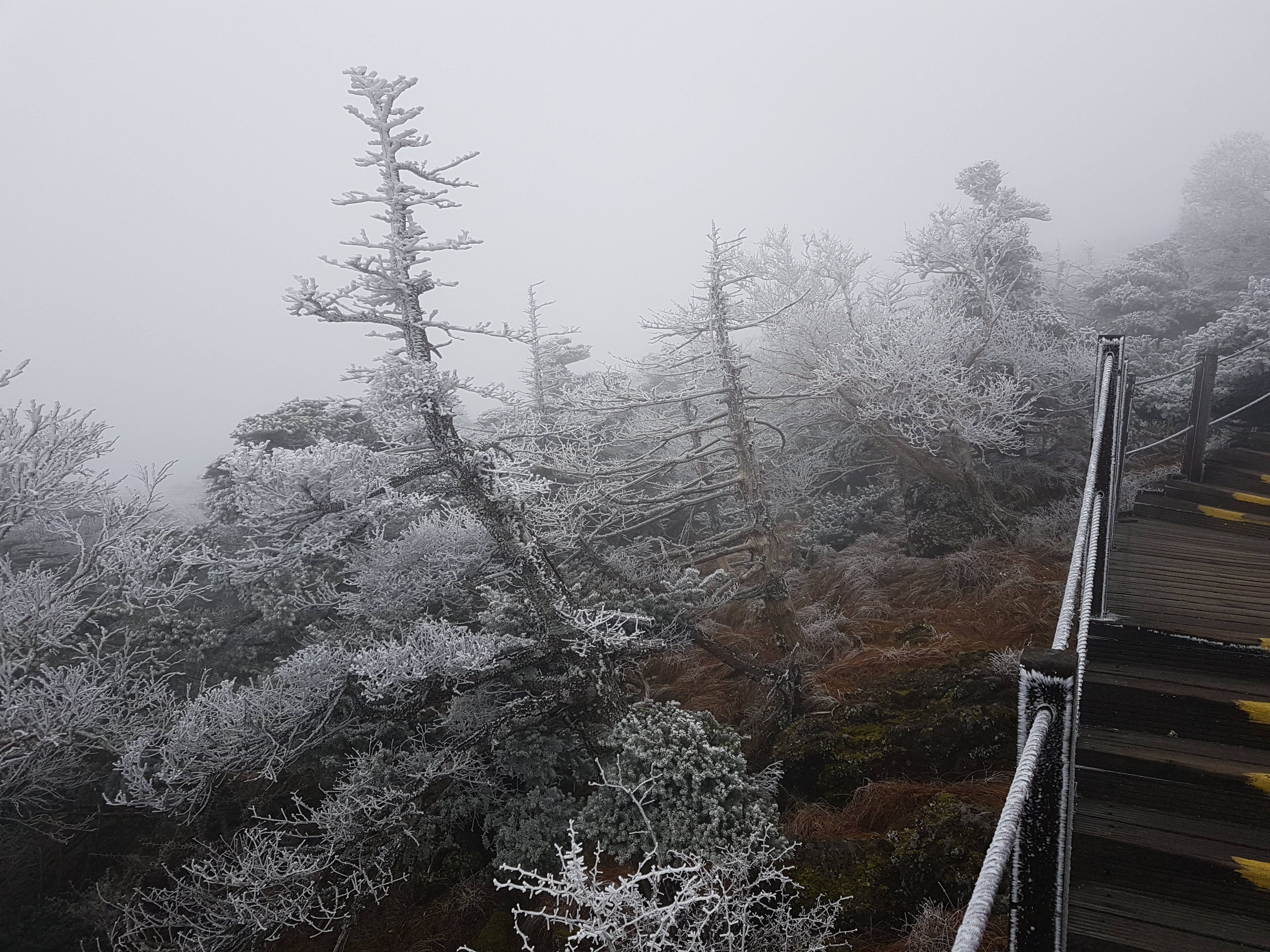 The wind was howling really strongly and it would even knock me off my stride. 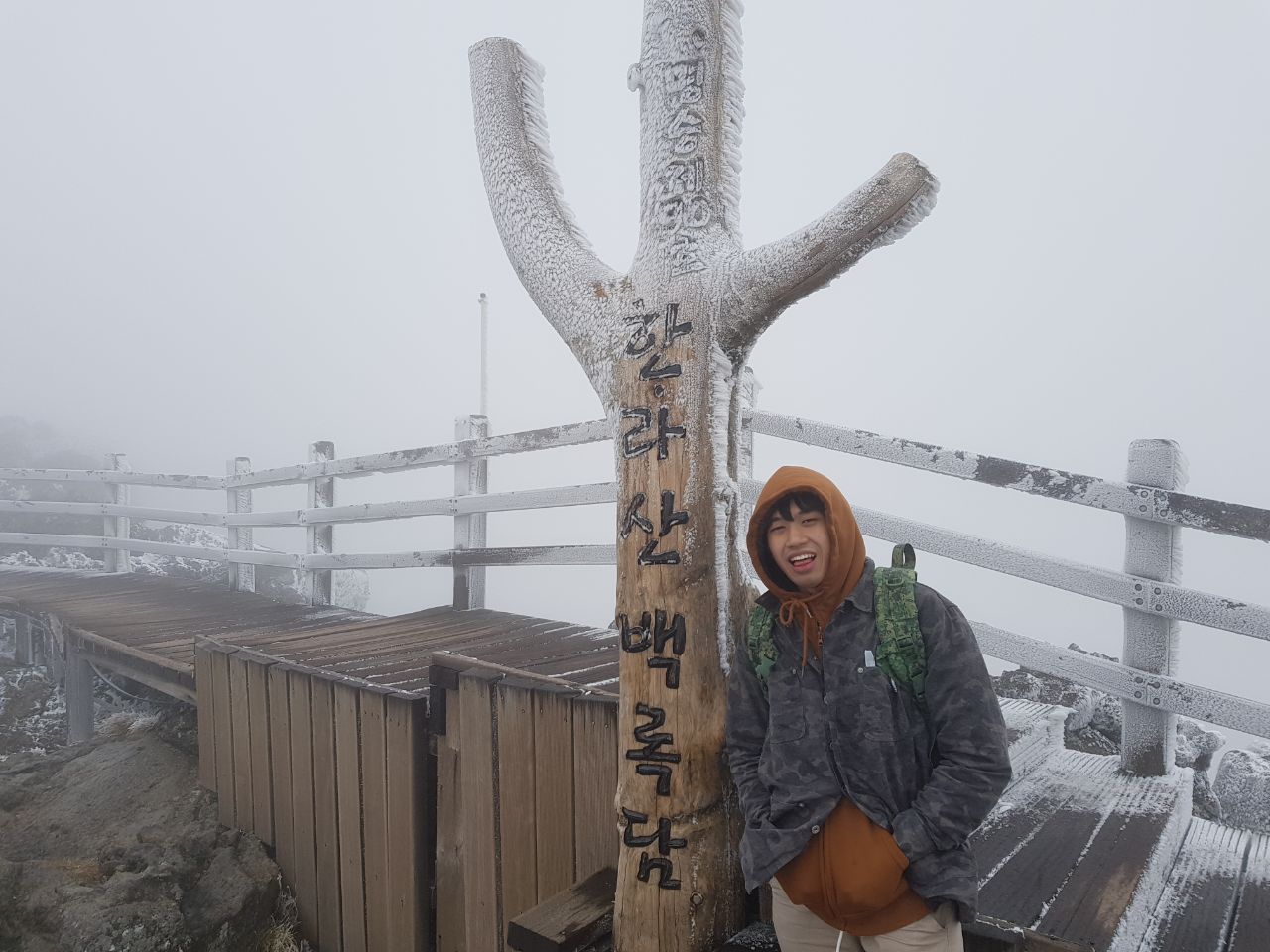 When I finally reached the peak, due to the bad conditions, we could not see the beautiful crater as shown in pictures at the bottom of the trail as it was covered in fog.

However, it was still a mesmerising experience nonetheless.

Another big part of enjoyment in Jeju was eating the black pork and a plathorea of seafood that I dont even know their names. 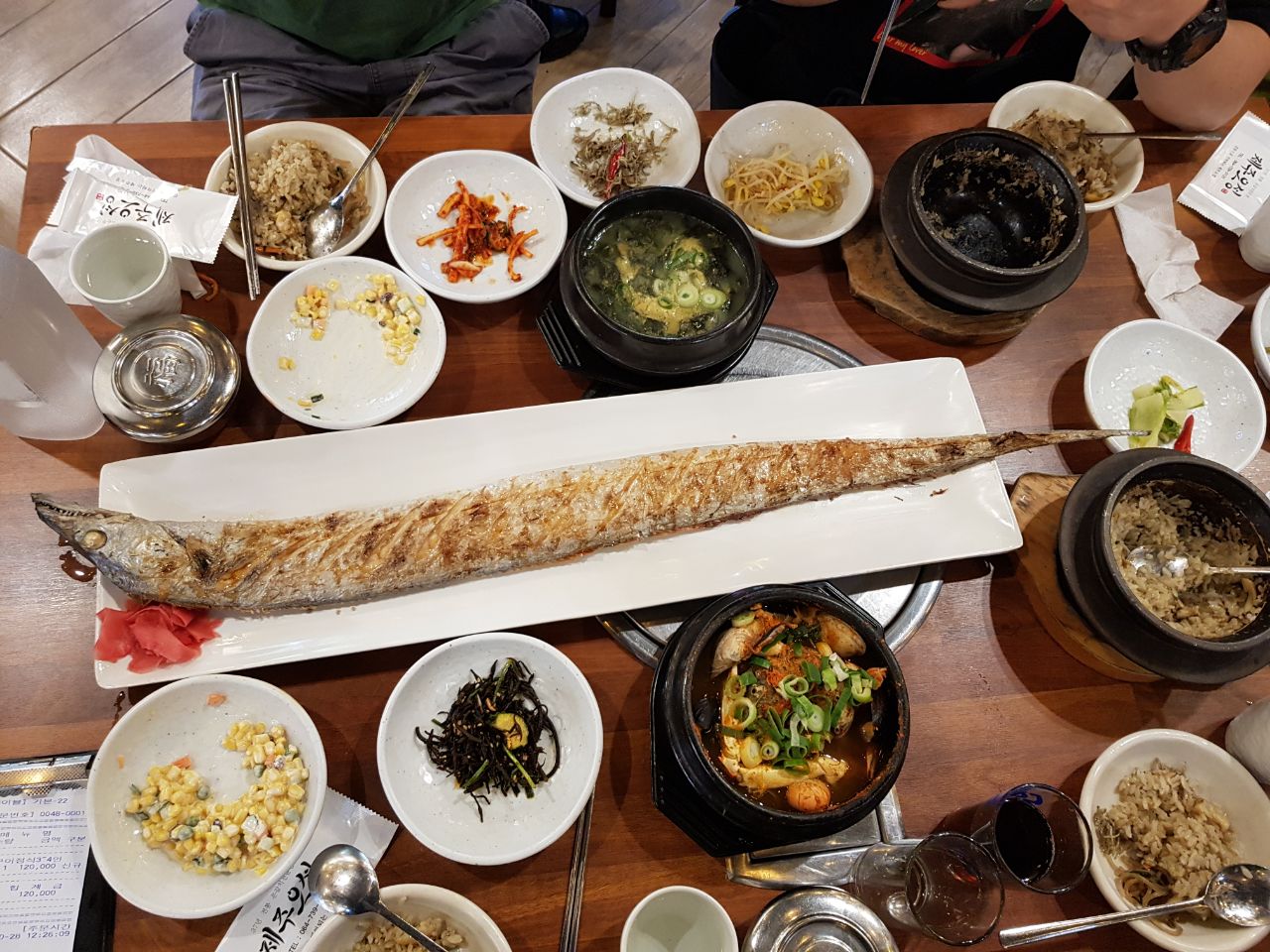 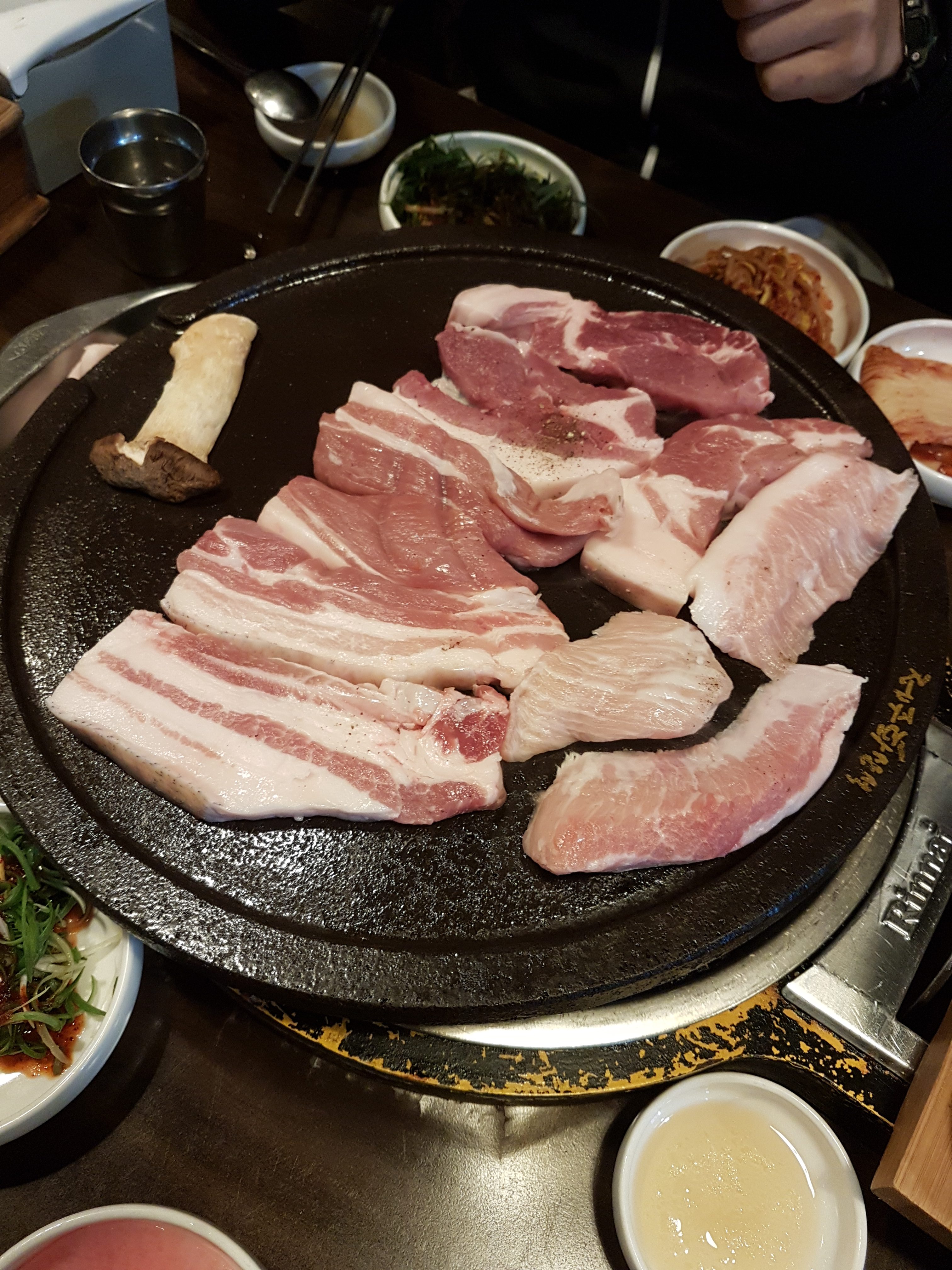 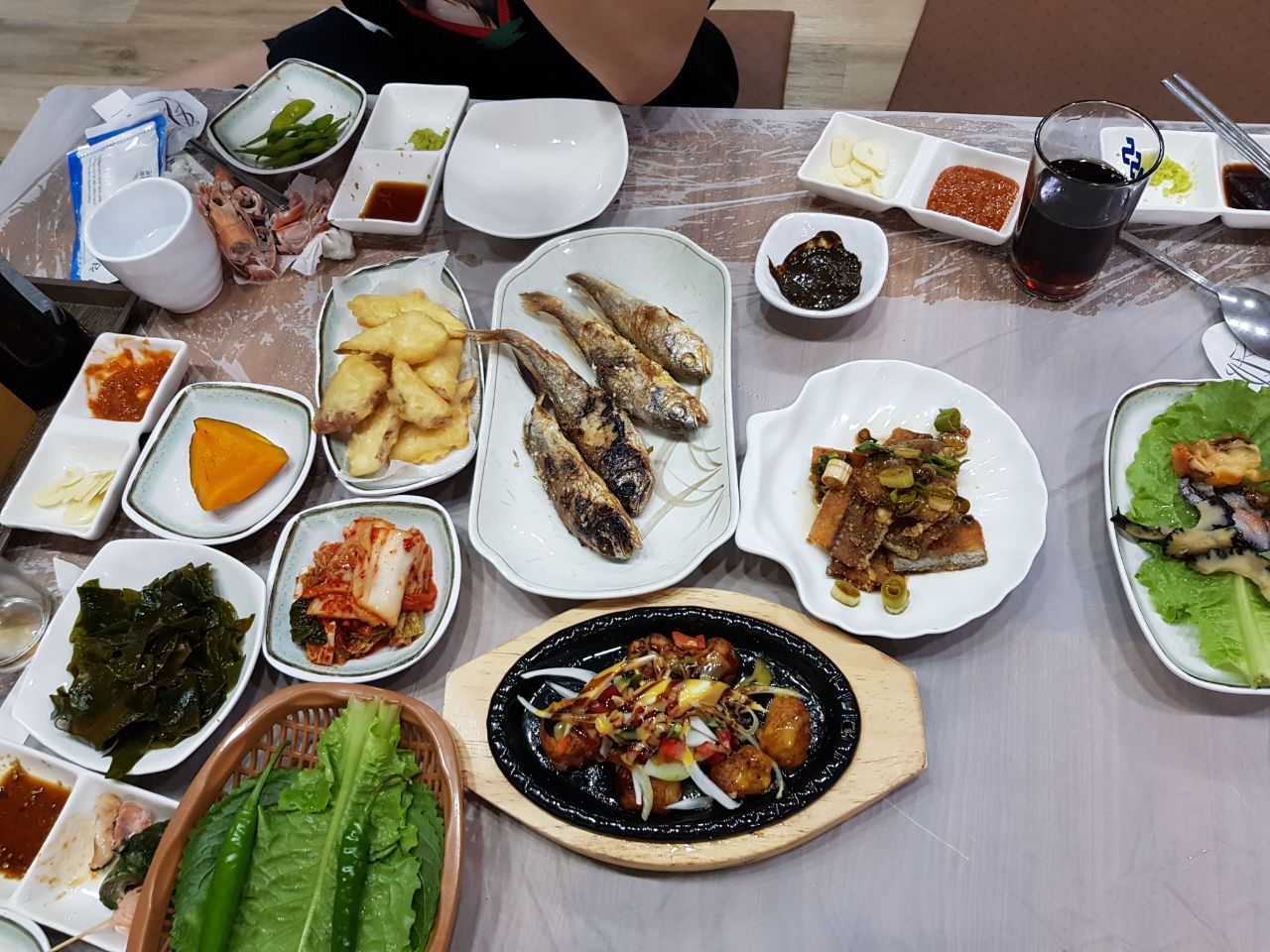 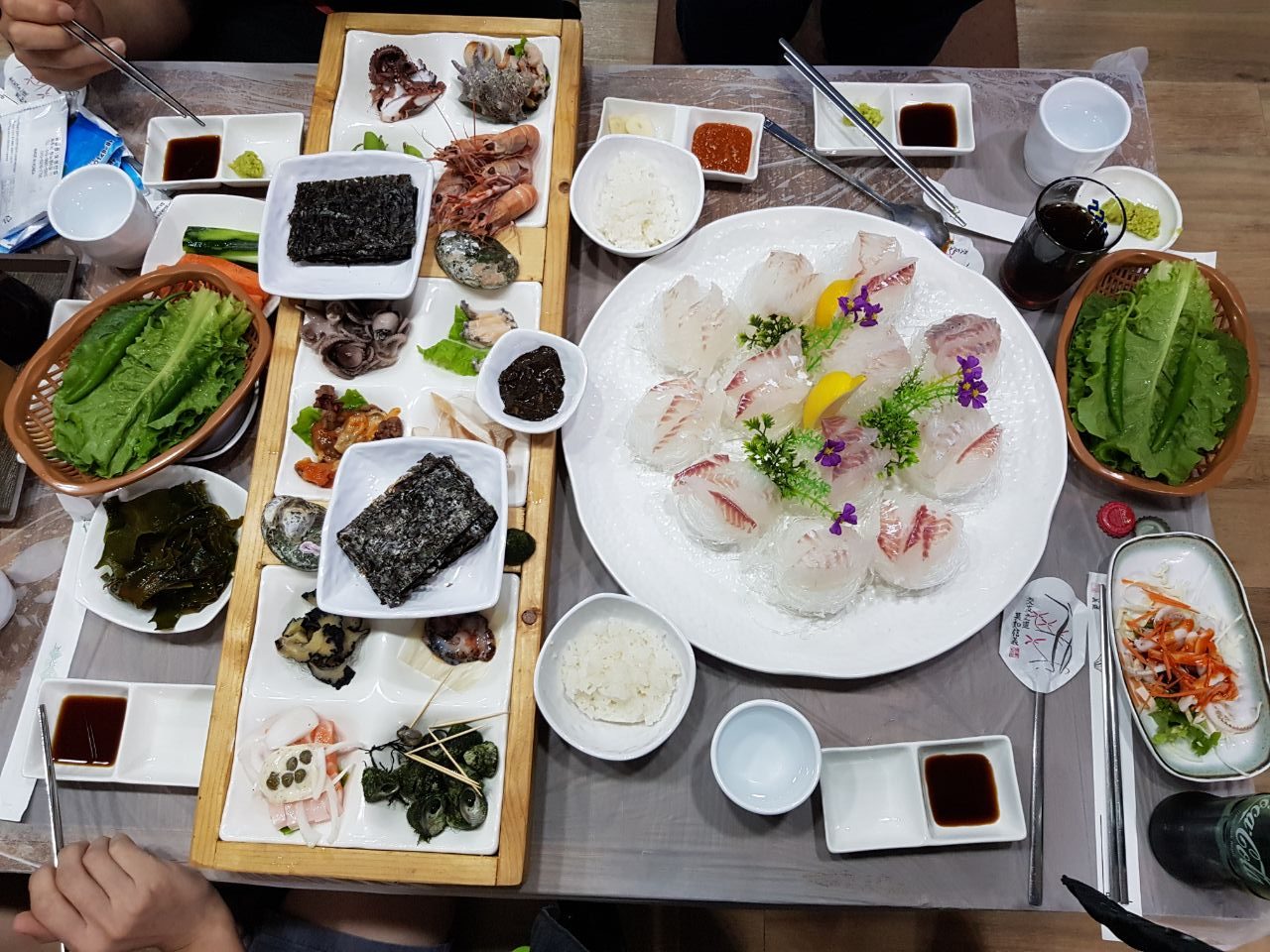 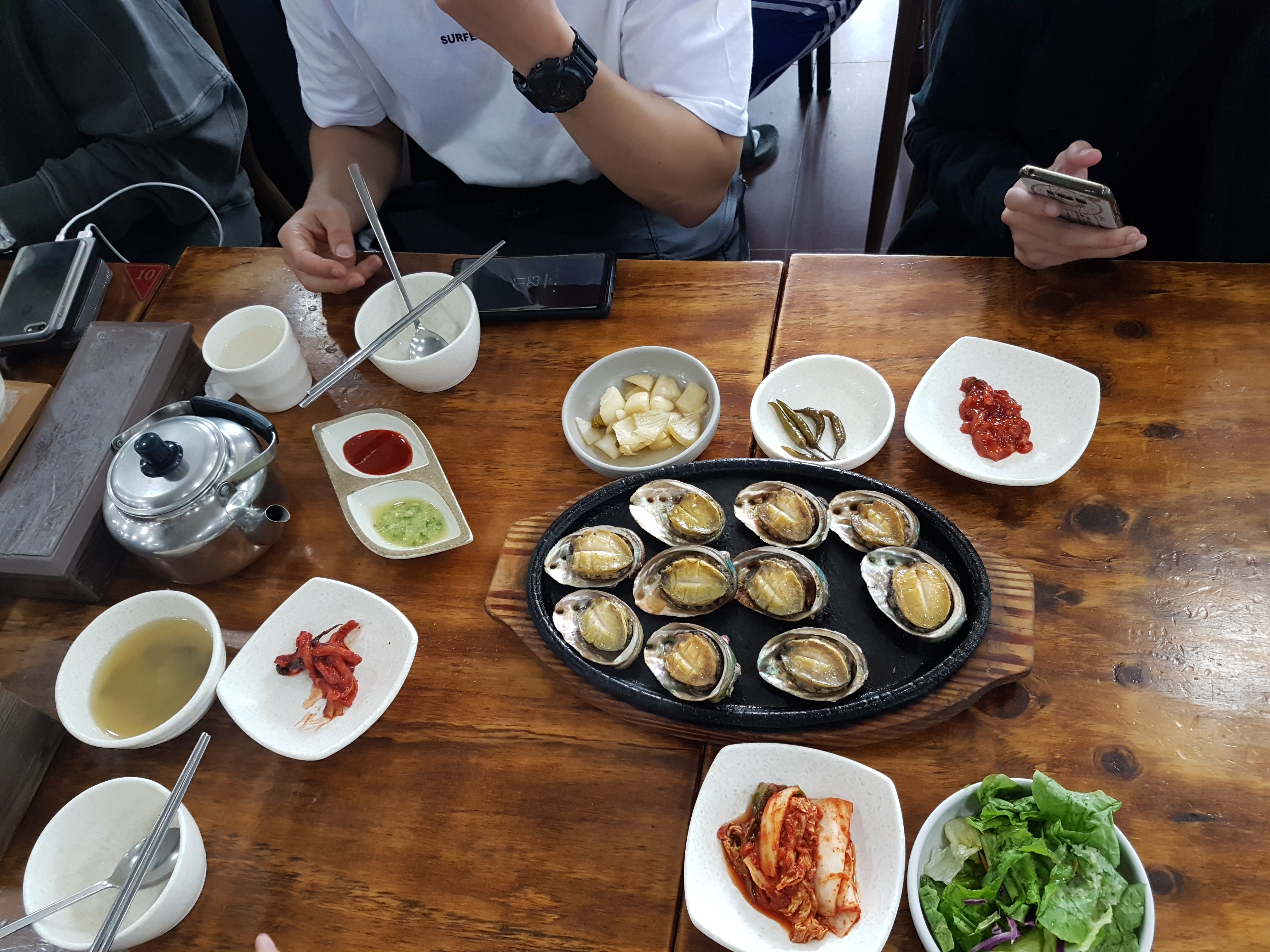