So it’s been one week since Berkeley, and here are some of the tips.

1) The food is good. But expensive. Best to budget a lot for food. On the flip side, you don’t have to worry as much as about transport, because Berkeley provides you a bus pass as part of your package.

Also, as part of our International House package… we have: 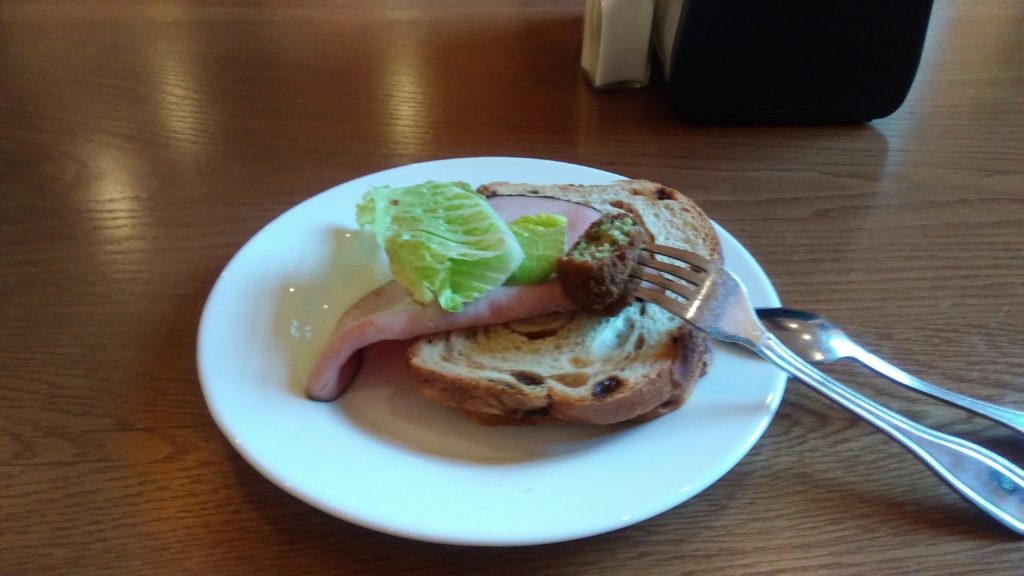 Breakfast at I – House. The food is good, but if you eat it day in and day out, then it isn’t as tasty as you would wish. Sometimes, planning is required. 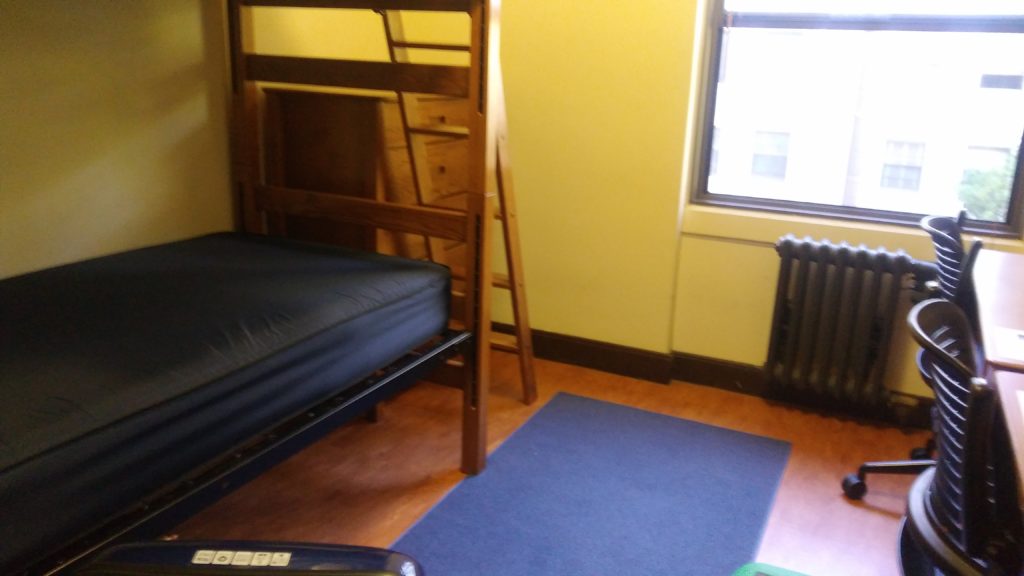 Honestly, I wanted it to be more spacious, but what can you do? It’s a double bunker which we are sharing with Non-SUTD students to ensure we mix around. I was unhappy with the fact that the single room is the same size. Somehow, SUTD rooms are better than this. Haven’t got a roommate though, she’s coming in the next Summer Session.

International House is like this huge mixing pot. I would say that the population size is about 30% Americans and 30% East Asians and 40% which I haven’t seen.

There are fun activities organised, like welcome reception which I snagged some fresh grapes and fruits and ice cream. Also, they give us a discount in trips outside, like six flags

Breakfast, Lunch and Dinner seem to be from the same caterer. One of my group mates heard that there was cod fish and zoomed to the counter. (Cod fish is very expensive in Singapore! Enjoy the cheap fish while you can!)

Of course, talking about gastronomic delights, one must immediately mention this: Variety in food. As I total up my expenses for the week, I realise that I spent fifty plus USD on food alone. That’s quite expensive, seeing that I usually spend the same amount in Singapore dollars and I don’t have to consider breakfasts in Singapore

Another thing that I should have thought about are SIM cards. Do NOT buy SIM cards in US. Seriously, you can get a better deal at home. Why do I say that? Because in US, you buy a SIM card, and then you add a plan to it. I am currently on the cheapest plan available, but shortcoming? No data. I am silently in tears. Those going to the US on exchange, please remember to buy your SIM card beforehand. Seriously. I pay USD 3 on the flat rate, with 10 per week for data. The campusSIM? USD 35 per month. In Singapore, I could have gotten one that was 90 and gives me unlimited texts and calls. I wish I bought one earlier.

Also, when going to California, prepare for the weather. Currently, we have no rain at all (which is very different from Singapore), dry air (so prepare moisturizer and lip balm, ladies!) and very strong sun. Really, you need cap and/or sunglasses. And winds! My heart nearly skipped a beat when the cap when flying. Also, with regards to the weather, prepare at least two jackets. The temperature is currently 20 degrees at noon and can go below 13 at night. With no fan and air conditioner in this hostel room, it’s still fine, but I would like the air to be a bit less stale? No?

Also, take note of the architecture. I had watched my fairshare of Tom and Jerry cartoons, and I think that they might have drawn inspiration from here.

This is at 8pm. Cars are gone, shops are closed, the sun is still up in the sky. We only see evening fall (and really fast at that) when the clock hits 9pm.

Also, today, we took a quick trip to San Francisco. Note of warning: please make your travel arrangements beforehand. It is not ideal for us to simply just go to the car rental place (for taxi is expensive in America) and hope that there would be a free car. There are various services, like Enterprise, zippo, and Rent-a-relic where you need to be above 25 to avoid a surcharge and have our driving license along.

So we ended up taking a bus there. By winding our way through an island, we proceed to San Francisco, very windy, impressive (but old) seven-floor buildings that contrast with sky scrapers!

So we spent a lot of time wandering about San Francisco on foot, looking for a good place to eat. Eventually, we settled upon burgers.

So that’s why I said that food is really expensive in America? Currently, conversion rate is USD 1 to SGD 1.4, so do the math. However, one good thing is that the American portions are larger. I’ve never experienced this myself, but I’ve been told that some *___* students have unsuspectingly ordered one meal for their own and they couldn’t finish. Hint hint. Look at the size of the platters before you do anything.

After finishing a burger, we decided to go check out Macy’s. For those not aware, it’s like Marks and Spencer/OG. Sells furniture, sells clothes, the typical department store.

We, rather stupidly chose to seat outdoors and were rewarded with blinding sun. Granted, alfresco dining might be enjoyable at night, but in the day time? bleugh. Sun soaking everywhere, and expensive cheese cake melting in the hot sun.

Sidenote: Do not irritate pigeons by pretending to feed them cheesecake, only for them to poke their beak against the thick glass panel. Pigeons can fly in and disturb you upon being withdrawn from their rich snack. Actually, American Pigeons are a great deal enterprising than Singapore ones. Those we get in Singapore are smaller and more timid. These fly up to you in order to get a bit of food. This one in particular was supping on cheese cake and salad!

But after a nice but hot enjoyable dining experience, we were ready to see some other part of San Francisco. And we decided to climb. And climb. Hey, why is this street not seeing the horizon—woah.

Let’s just say that we weren’t expecting that climb. This is why there are cable cars in the city, because you can literally ride a piece of cardboard and it would move undulatingly along the road like a sled. How does one keep their balance, you may ask? I was not looking at the climb. I was more focused on that sea horizon.

Also, we somehow found ourselves in San Francisco Chinatown. There were many provision shops tentatively named grocery shops, (I reckon they are as common in Singapore) where they sell rice, essential foodstuffs etc. The San Francisco Library, where we had also stumbled into, had plenty of trashy Chinese romance novels, as you can find in a second-hand bookshop in Singapore.

MORE CLIMBING done. We found Cable Car Museum, free for admission quite close to Chinatown itself. This was the actual barn where the cable cars are stored, and relayed a bit of history about the cable cars in San Francisco, how there were many in the beginning and a bit of the Great Quake of 1906 that essentially destroyed much of the original town.

And finally, Pier 39. Some of us were enjoying a dance performance, while others were taking in the sights.

So there were plenty of eating places, but further up ahead was an oyster place where they cracked an oyster for you to enjoy on the spot. Also, there was an Explanatorium, but it looks more like Singapore Science Centre. Free wifi there, so that’s a plus as I check my social media.

Seagulls aplenty as we survey the pier. One attempted to steal a fisherman’s fish but was sadly rejected. He tried flying away, but the wind was too strong! And he came up for a photo instead.

By 6pm, we were just about done. Time for a nap on the bus, which is free if you are taking a particular bus service. We sat there for an hour before reaching International House. However, due to arriving at 8 pm, we decided to get some Chengdu cuisine.