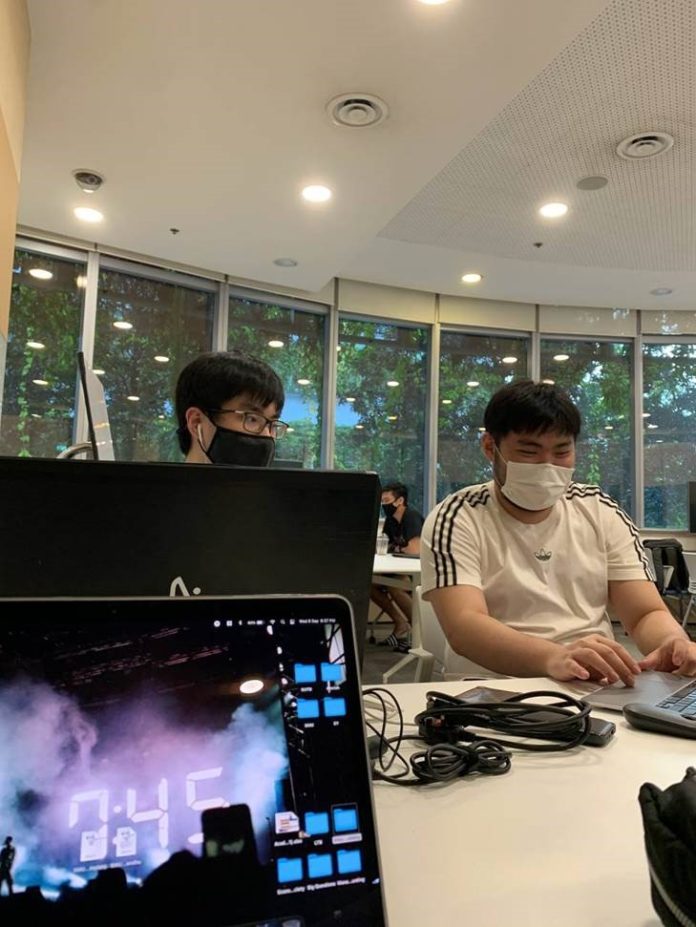 Studying in the library

The beginning SMU exchange was filled with mixed emotions. Firstly, I was looking forward to having face to face lessons, which was exciting after having mostly online lessons for the longest period of time. I was also looking forward to mingling with a school with a supposedly significantly different culture as compared to SUTD. However, reality hit and COVID restrictions meant that lessons were online for the first few weeks until further notice. This meant that I had no chance to make friends or mingle with the students in my modules. However, as there were group projects, I was quick to have found some interesting groupmates who adopted me and introduced me to SMU’s system and culture.

Being in groups meant that we had physical meetings as well as online meetings, where we utilised SMU’s facilities in the town area to its fullest. The food around SMU had a larger variety than back in SUTD, considering that it was a quick walk to Dhoby Ghaut as well as Bugis. I also met up with my friends from SUTD doing the SMU-SUTD dual degree programme, and we studied together in the library after it was announced that all lessons were going to be online for the whole term.

The academic side of my exchange was not the most exciting as I spent most of my class time on my laptop at home or in the library/study rooms, but I believe that it was an eye opening experience of how ISTD mods were taught in other universities.