All the fun over the past few weeks aside, we concluded our 2nd course here in ZJU – Design Fiction. It was a course on creating stories behind still images, animations, posters and videos, which spanned across four weeks.

During the first lesson, we were taught about the qualities of good photo. Besides technical aspects such as lighting and color, a good photo also has to tell a story. 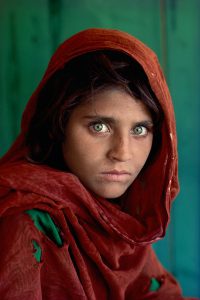 A story is told from this famous “Afghan Girl” portrait through the girl’s powerful eyes. 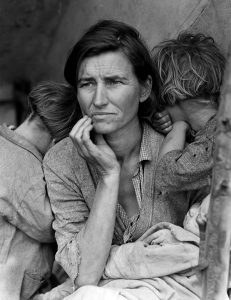 A story is told behind the lady’s facial expression & the actions of the two kids.

During the second lesson, we were tasked to come up with an animation about making toast! It was pretty interesting because I have always thought animation was really cool but difficult to create because of the different elements such as hand drawing, having to take shots of different moves and adding appropriate music to it. Indeed it required a considerable amount of time, but my group and I managed to come up with a simple animation using the timeline feature in Adobe Photoshop and I certainly did learn something new!

In the third week, we were onto creating stories through the form of posters. There were many impressive posters that SUTDents created with the protagonist either being themselves or their beloved friends HAHA! Here’s what I attempted: 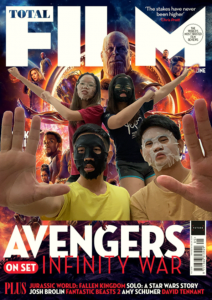 In the later half of the lesson, we were tasked to come up with a poster with the theme – futuristic learning. My group and I went for holographic learning through projections in the sky. 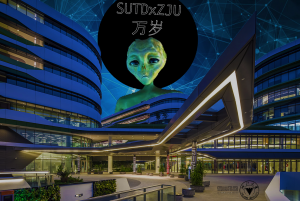 This week, we had our last lesson for this course and it was about creating a short video on future robots using the origami robots we came up with during the previous course. It was a memorable experience because all of us certainly had a good laugh while coming up with the story line, preparing materials for the shoot, assigning actors and finally shooting of the scenes itself. We did the editing for the video on Adobe Premier Pro and the final outcome was great!

All in all, Design Fiction is quite an interesting course but it was mostly self-learning within a short period of a few hours before we had to present our creations, which was certainly not enough time to master Photoshop or video editing skills. It would have been great if we had more time to learn more in depth into the various functions of the software we had to use before our submission was due, so that we are able to perfect what we had came up with.