Last week, I shared about my theme’s progress on our real-time video abstraction project. I thought we’d made some pretty good headway into getting an actual working product up and ready. Even though we were bound to face more challenges down the road, we’d already completed maybe 30% of the theme project – the hard part, the part which would trap most teams and leave them stuck till the week before the deadline, was over.

Imagine my surprise, then, when we were told at our weekly theme meeting that we’d essentially have to scrap everything and start from scratch. Starting from this week onwards, our theme project will deal with the abstraction of Taobao Live videos instead. Our aim is to ‘create’ a program that can generate highlights of a product from Taobao Live videos, which will then be displayed on the product’s Taobao page to help sell it to Taobao users. These live videos won’t exactly be live, however; we’ll only really be working on the archived versions of all of these streams.

The issue, apparently, was that our initial product – generating abstractions from League of Legends Twitch streams – wasn’t marketable enough. Furthermore, we weren’t even supposed to be coming up with a complete product which dealt with all the technical aspects in the first place. All we’d have to do was come up with a concept, and sell it to others – specifically, Alibaba group, the supporting company for our theme. In other words, we aren’t actually creating anything, except for some fanciful videos and slideshows.

I suppose that’s true. After all, our original project would have ended up being a very specific algorithm that couldn’t be easily generalized to other games. At the very most, we might have been able to make it work with other MOBA games as well, with some tweaking.

But the reason why I’d been so enthusiastic with the initial approach of the project, despite not being a League of Legends fan, was that it was a real and novel project. At the end of our three months here in Hangzhou, we’d be able to truthfully say that we’d accomplished something that no one else in the world had really explored before (as far as I know). And this novelty – the very idea of abstracting from a live stream – was part of the justification that had been provided to us at the beginning on why our project was on ‘live video abstraction’ in the first place.

On the other hand, the current approach to the theme project simply doesn’t feel genuine at all. It feels like we’ve sold ourselves out. Instead of actually, creating a real, usable, and novel product, all we are really doing now is convincing others that we have a real, usable, and novel product, when in reality it’s all just a facade. It’s not actually a live stream, and we’re not actually doing any real abstraction.

Take for example my contribution to the project this week – designing a ‘user interface’ which demonstrates the process by which the video abstraction will be generated. To me, this simply doesn’t make sense on any. If we actually took the effort to create an application that can do what we want to say it can do, and roll it out into production, there would be no user interface involved; it’d be completely automated. But because we have to sell our idea, we have to come up with some fancy animations that will never really see the light of day – the sole purpose of their existence is to convince people that we have something which we don’t.

It’s not hard to understand why we’re taking such an approach. Out in the real world, dealing with real companies, the key to success lies not in how well you can make something, but in how well you can convince others about how well-made it is. If you want to profit, you don’t have to make a good product – you just have to sell a bad one well (making a good product and selling it well works too, but why would anyone go to the trouble of doing that when it’d just add on to the cost of production?). And in that sense, this theme project is a very well-engineered taste of just what’s in store for us out there, when we graduate and move on to the industry.

But this isn’t the industry. This is (are?) an educational institution focused on design and engineering, and we should be holding ourselves to higher standards beyond ‘do whatever makes you the most money’. We should be striving to develop the best products and systems which we can, and learning how to better do so in the process. Really, do we want the next generation of our engineers and designers to be good at selling their wares, or good at making them? 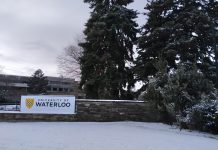 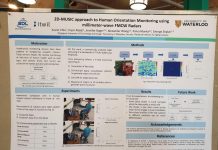