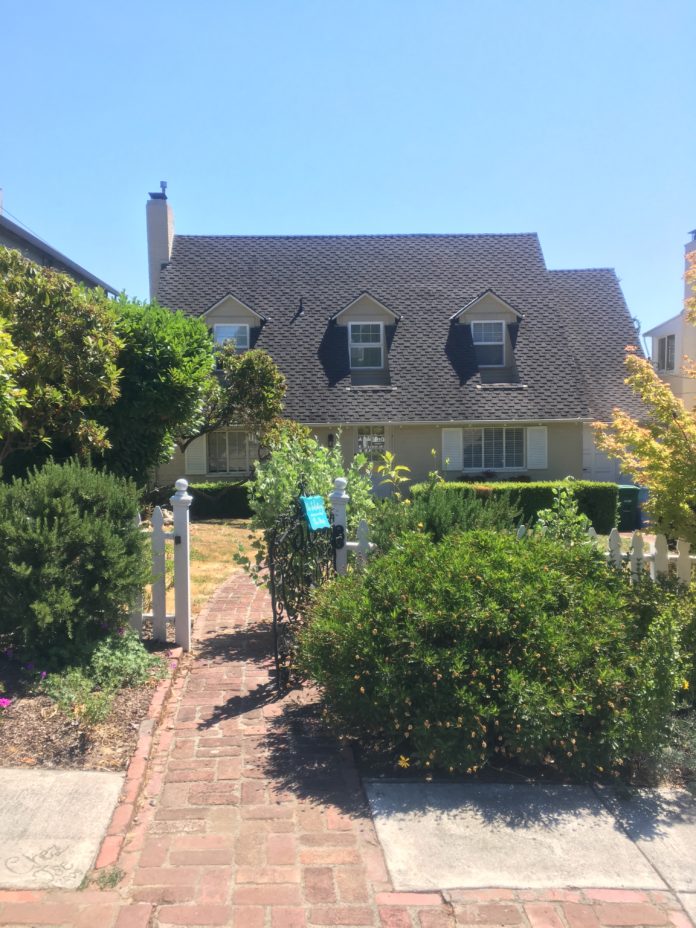 Our first weekend was here! We had initially intended to rent a car and drive out to the San Fran Premier Outlet, but we were too late and all the cars had already been rented out for the weekend, so we had to make alternate plans.

Tian Lerk discovered that there was a farm near the campus so we decided to go visit! We caught a bus from opposite the car rental (there are probably many places / methods to rent, but we tried out Enterprise Cars).

One perk of being a student in UC Berkeley is that we get a Clipper Card with a Class Pass, which gives us free rides on any bus operated by AC Transit, which means free transport around the campus (and out of it too). There’s even Bus F, which goes all the way to San Francisco, which would usually cost $4.50 per trip! The bus services here are a little different, operating on cost per trip rather than by distance; we realised this when we found that we were only required to tap in to the bus and not tap out. Bus timings are also fixed; there are schedules at the bus stops which state what time the bus is expected to arrive at that particular stop. Sometimes we would see buses just idling at the side of the road, waiting for the right time to leave so that they would get to the stops on time (and not too early).

We got off the bus in the middle of some housing estate and walked towards Tilden Regional Park (where we would find Little Farm); on the way, we had our first glance of the stereotypical American houses, featuring different mixes of garages, front/back yards, mini playgrounds and so on. 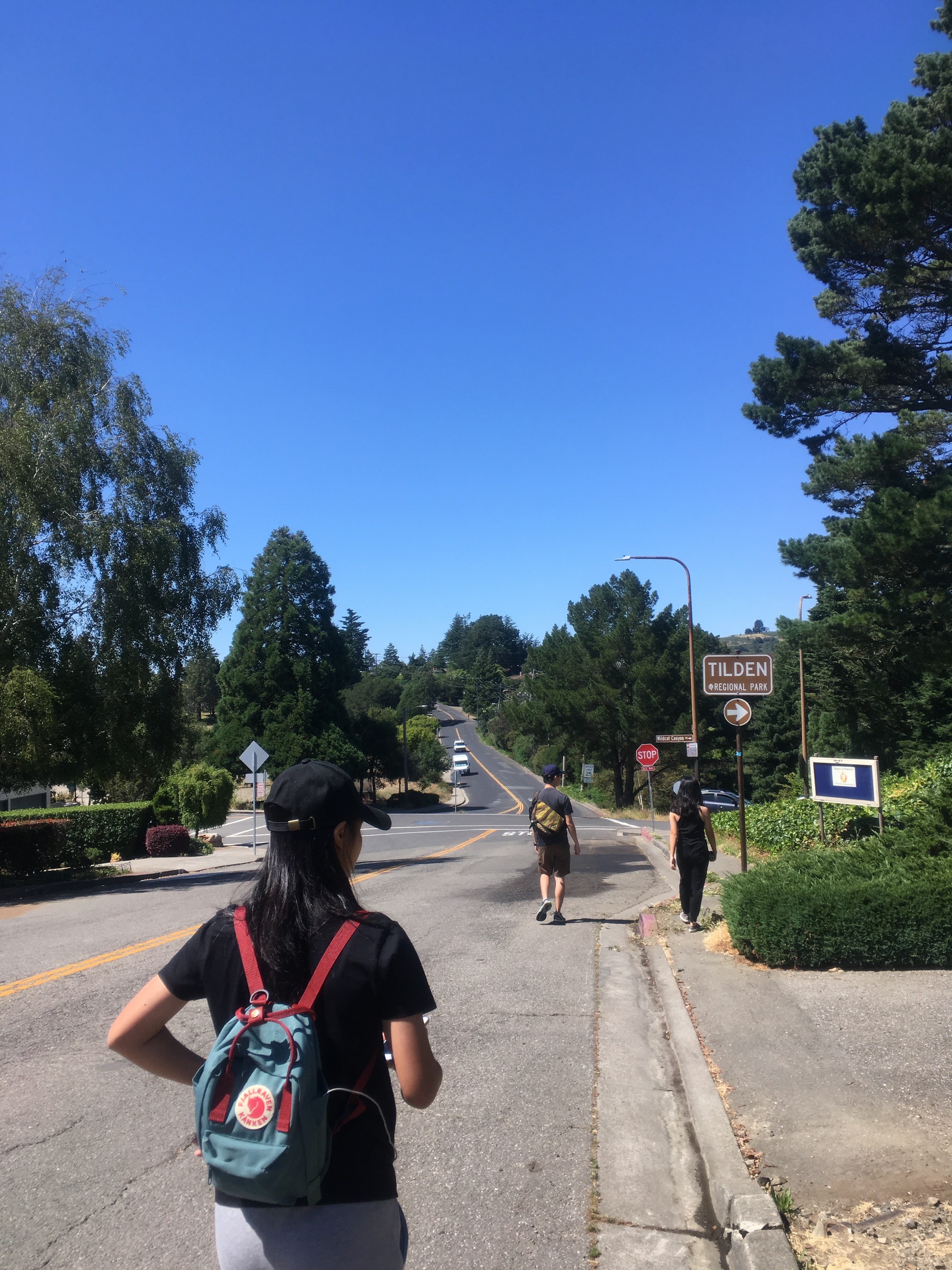 Little Farm was secluded but not deserted; there were several families with their kids still looking around and feeding the animals when we arrived, though it was nearing the closing time. 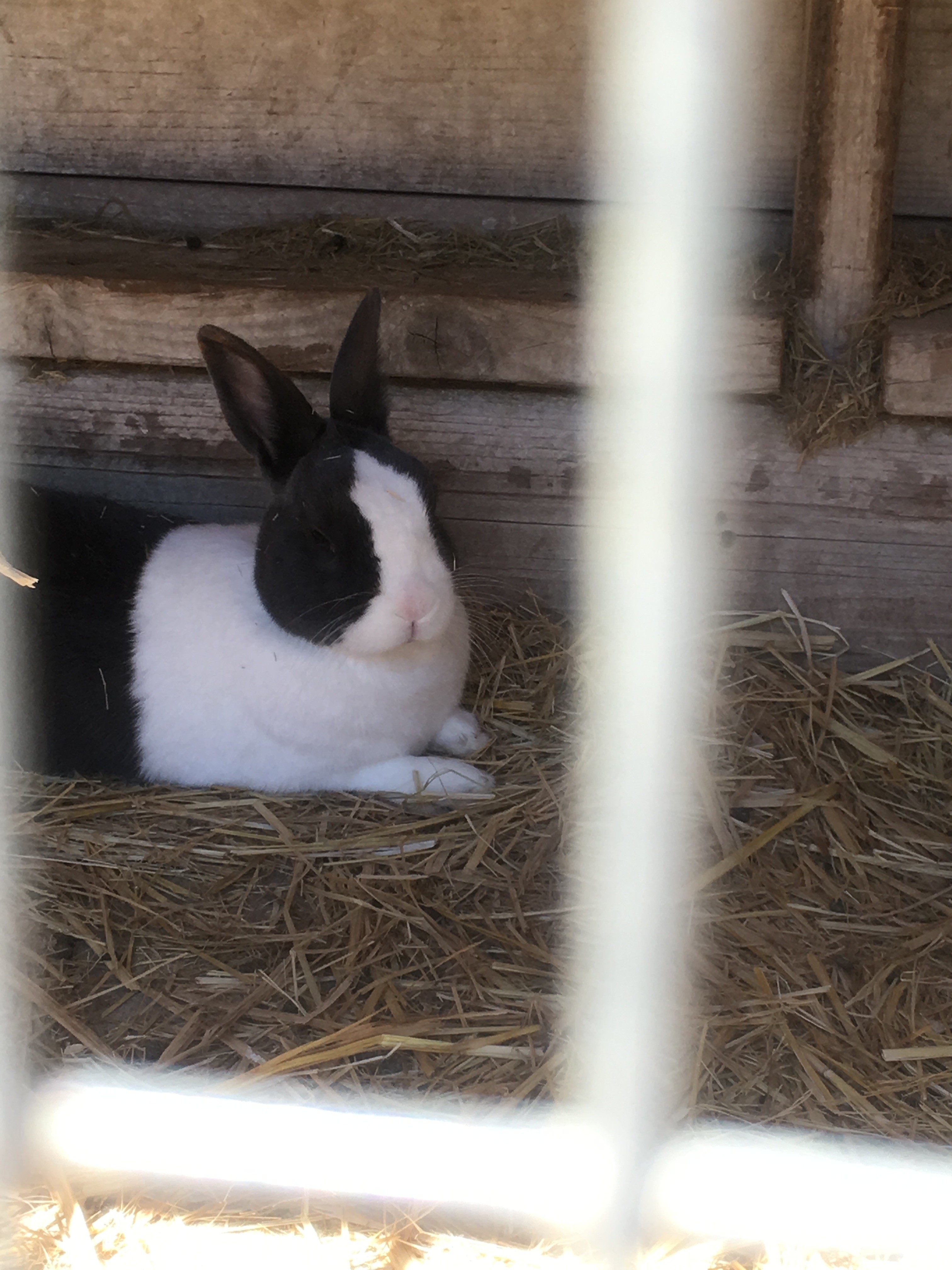 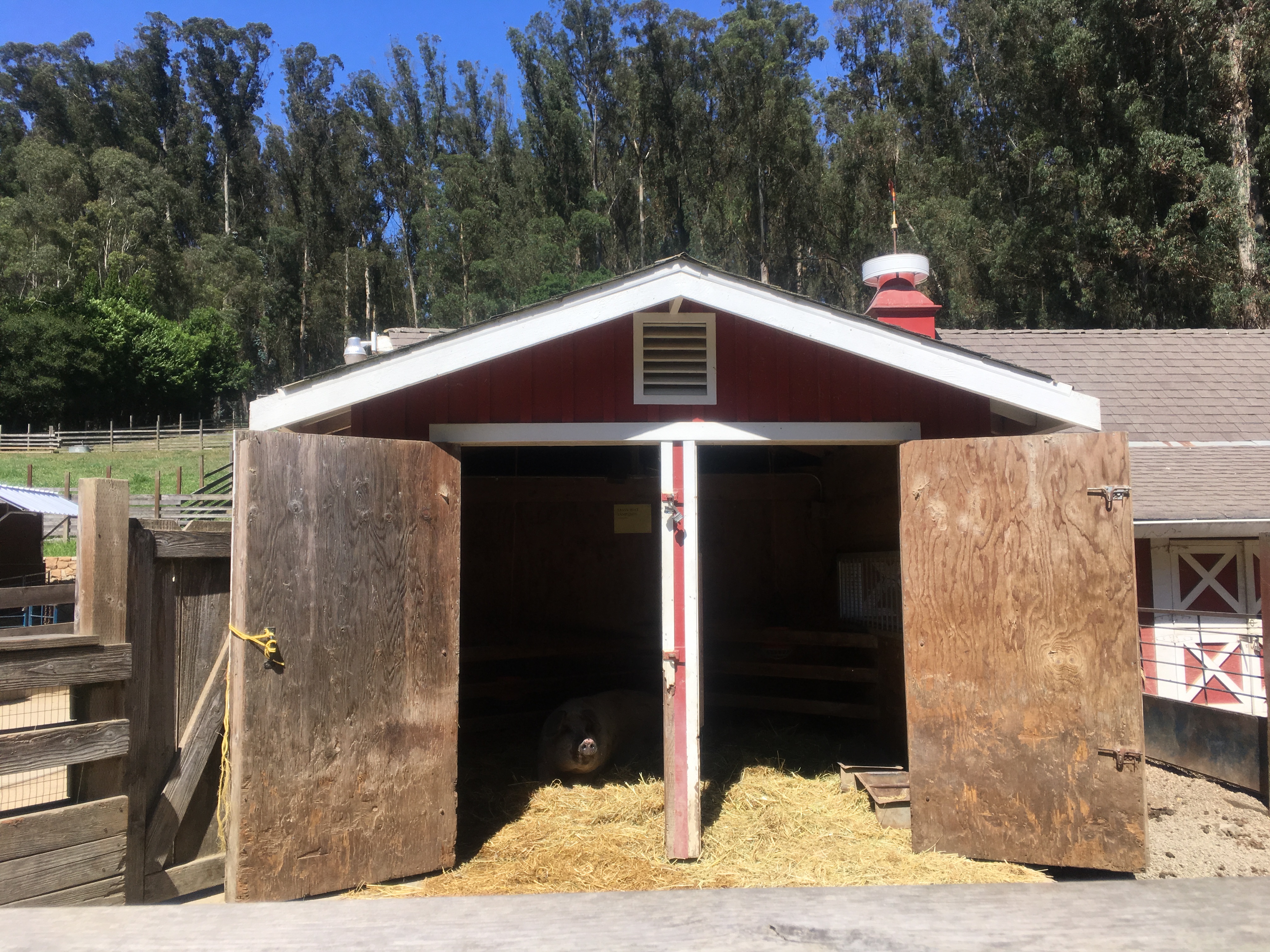 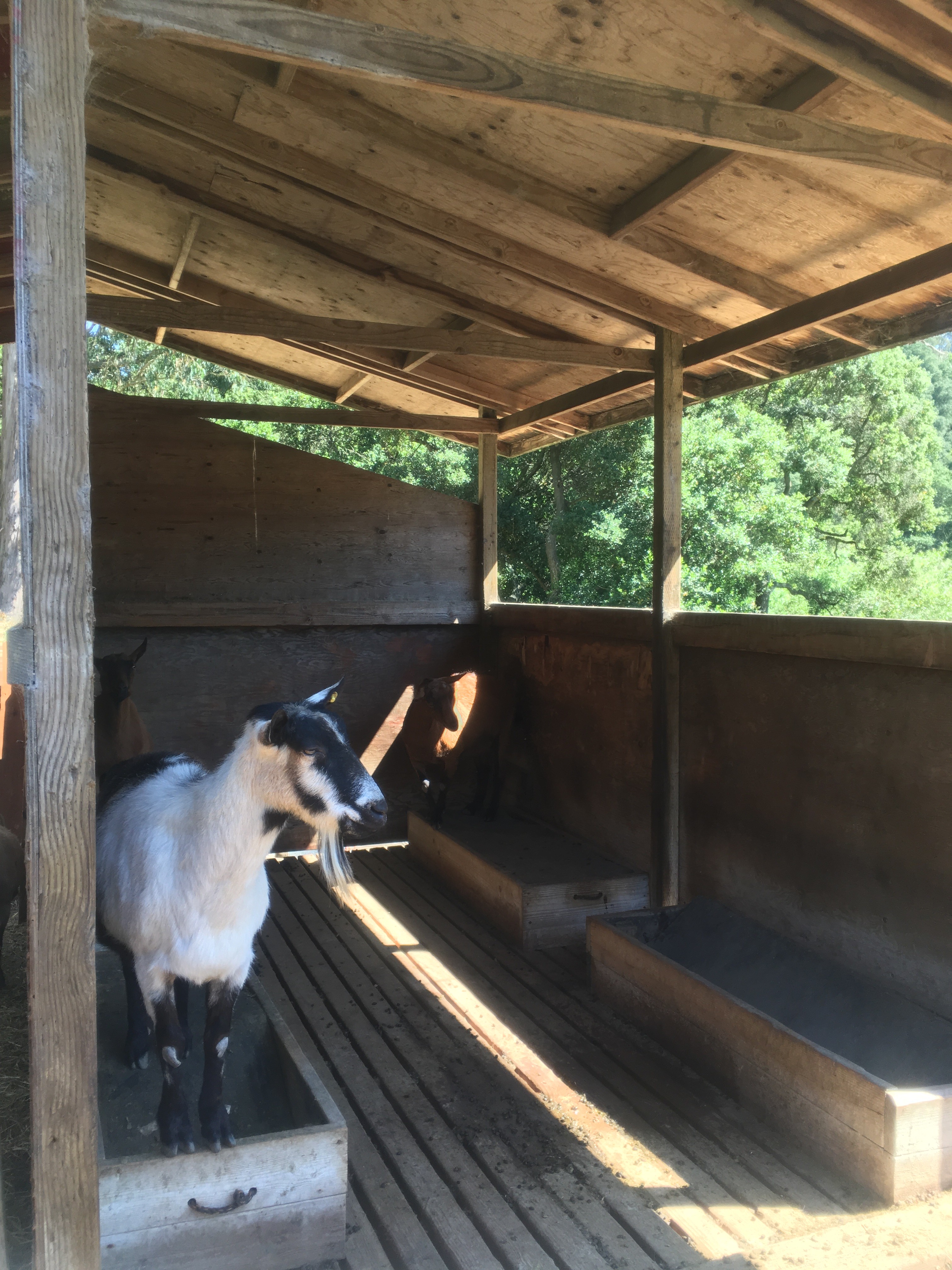 We still had some time after the farm closed, so we decided to walk around. We eventually did a spontaneous hike up to Wildcat Peak and though it was long and tiring, the view was definitely worth it!

By the time we got back down, it was pretty late and the temperature had dropped (we could see the clouds rolling in, which was pretty cool !). We Uber-ed back to town for dinner before hurrying back to the warmth of our rooms. That night was also the beginning of a few relatively cold weeks, and we were suddenly glad we had each brought several jackets.

We took the Bart down to San Francisco. The Bart is their version of our MRT, although slightly more expensive, due to the longer distances it covered. We walked around exploring the streets and malls for a bit before deciding to head to Fisherman’s Wharf, which is a well-known (tourist) attraction. 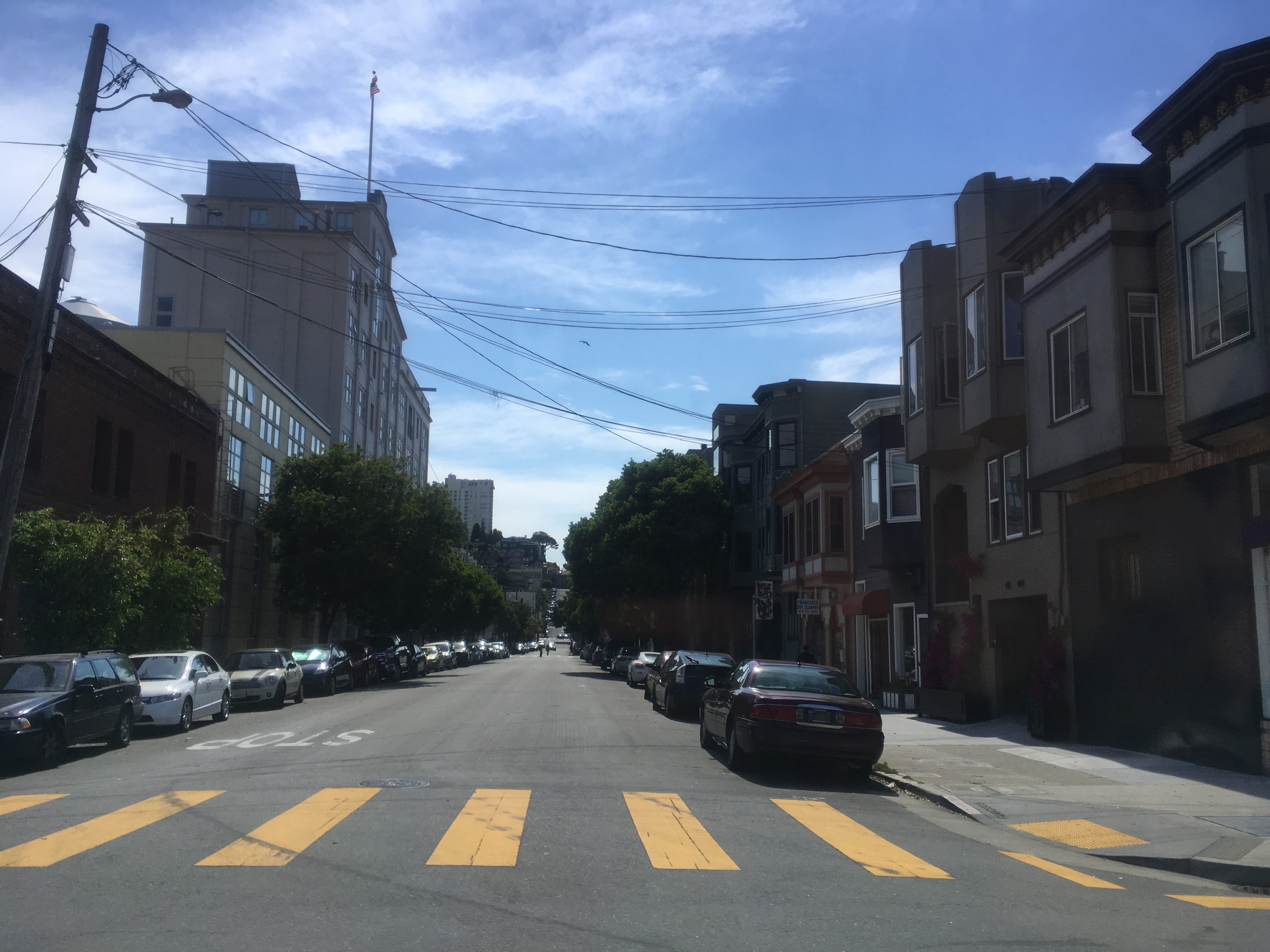 Once at Fisherman’s Wharf, we bought our lunch from some of the street stalls (Tian Lerk pointed out that the prices of each stall, though there were several, were exactly the same so there was no need to decide which stall to buy from; a rare case of monopolistic competition hahaha probably just a feature unique to tourist destinations!) and were all rather spoilt for choice (except Wen Qi coz sadly there’s just no seafood for vegetarians).

We then discovered The Musee Mecanique, a museum of old but functioning arcade machines! We had a great time exploring and trying out the various machines, discovering the stuff that people in the past paid for (and which we now kinda take for granted EG pay a quarter to watch a short “film” of a volcanic eruption). 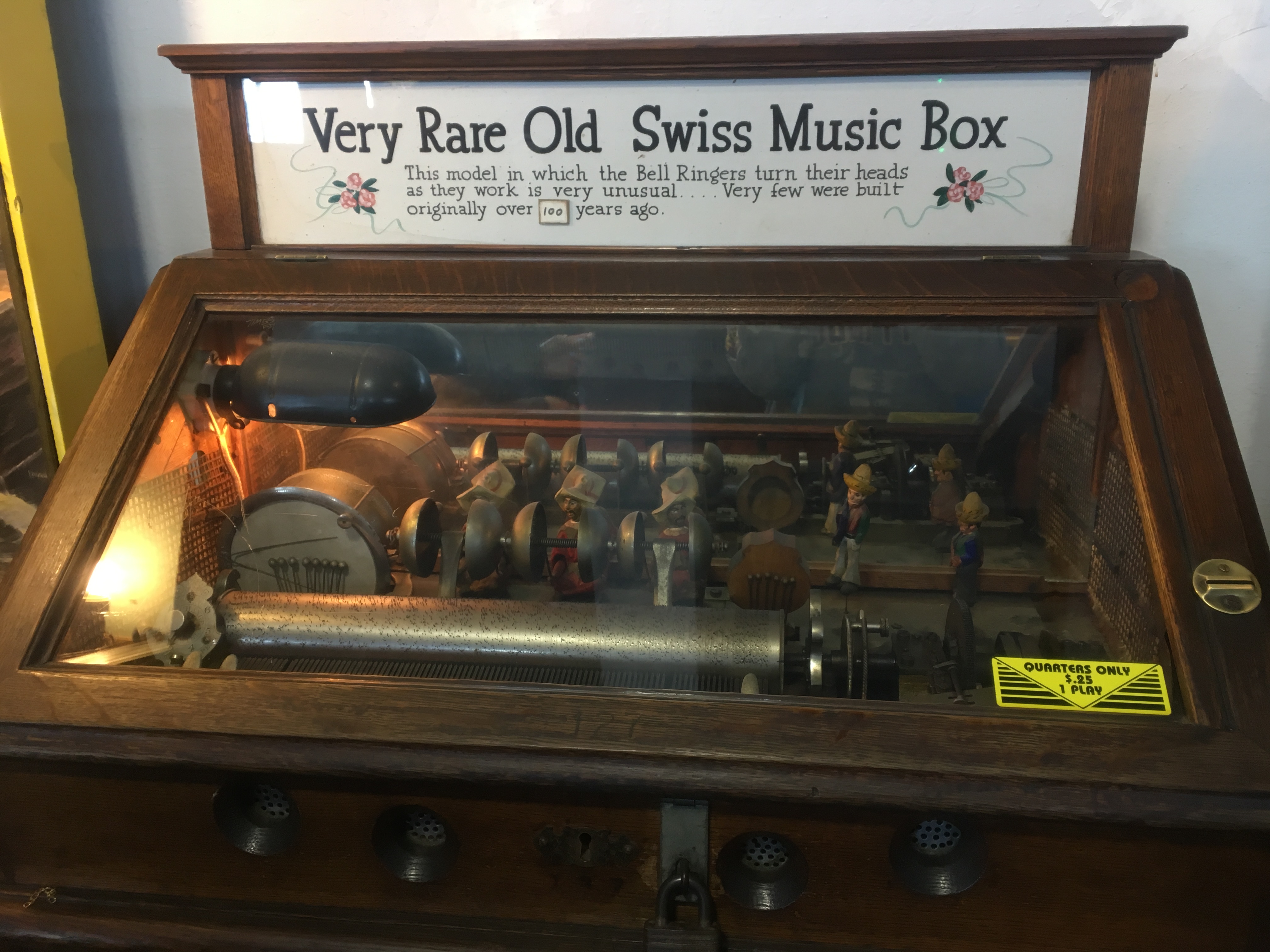 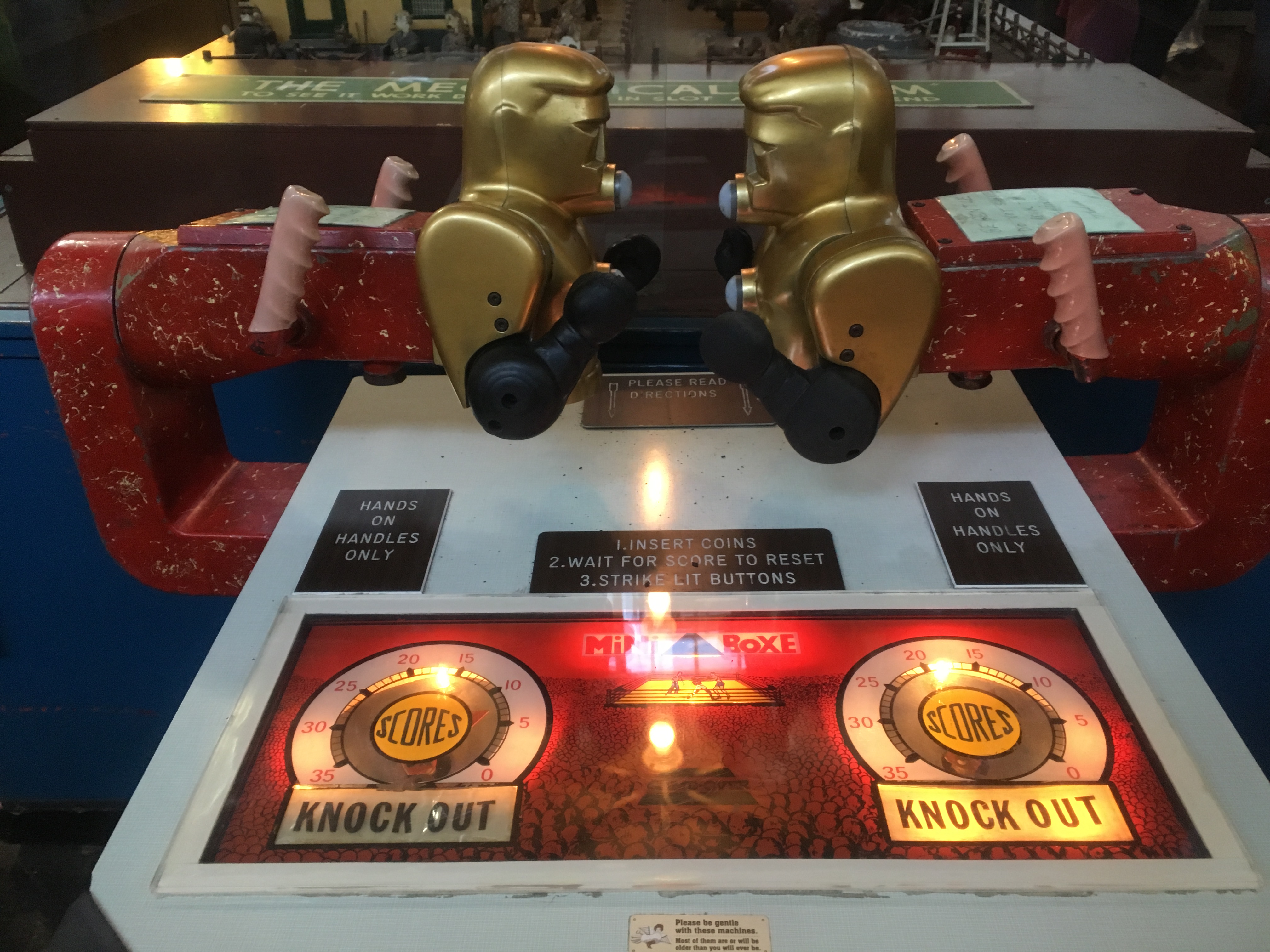 After that, we walked around enjoying the view (and the cold) before heading back to Berkeley. 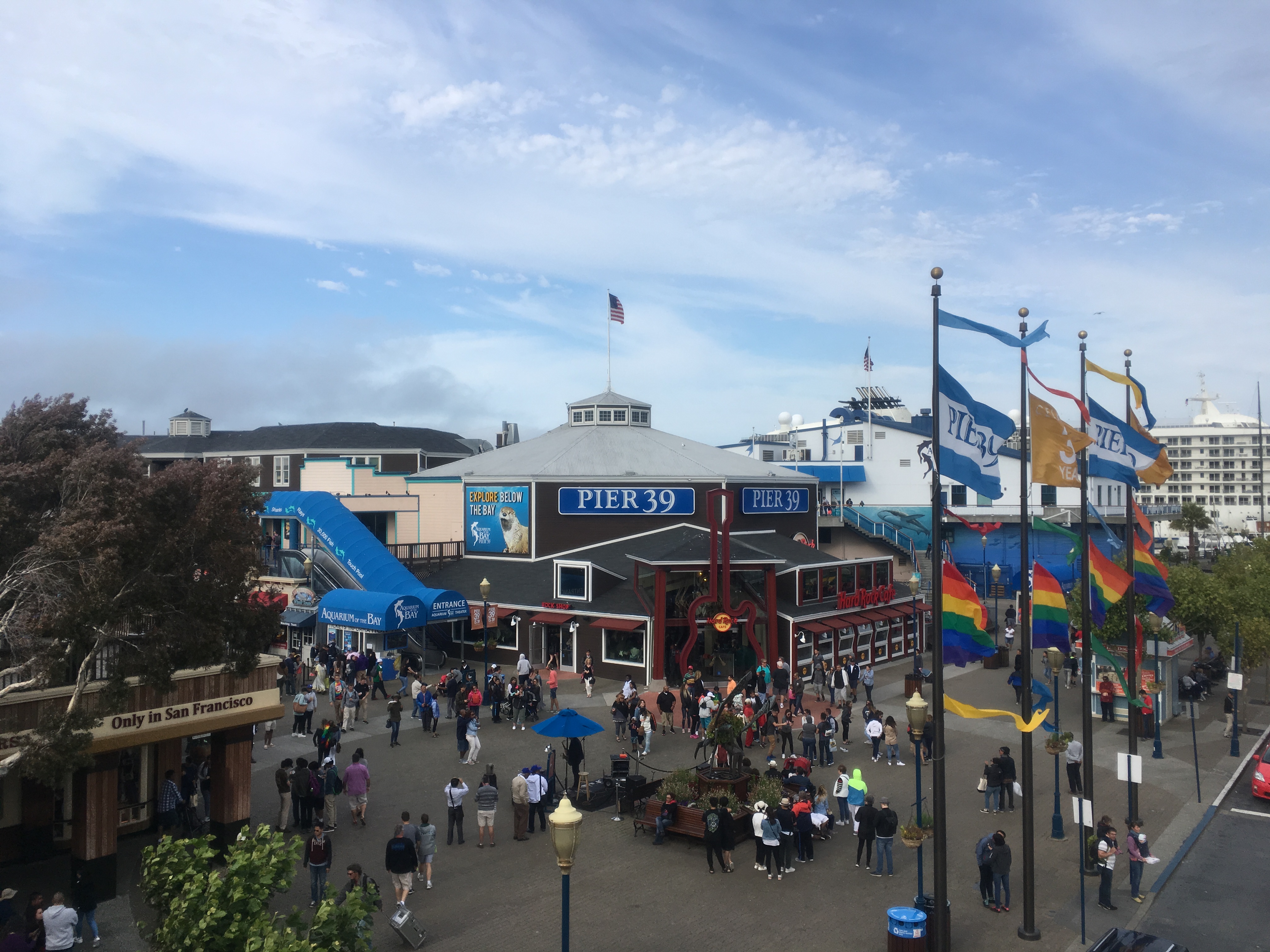 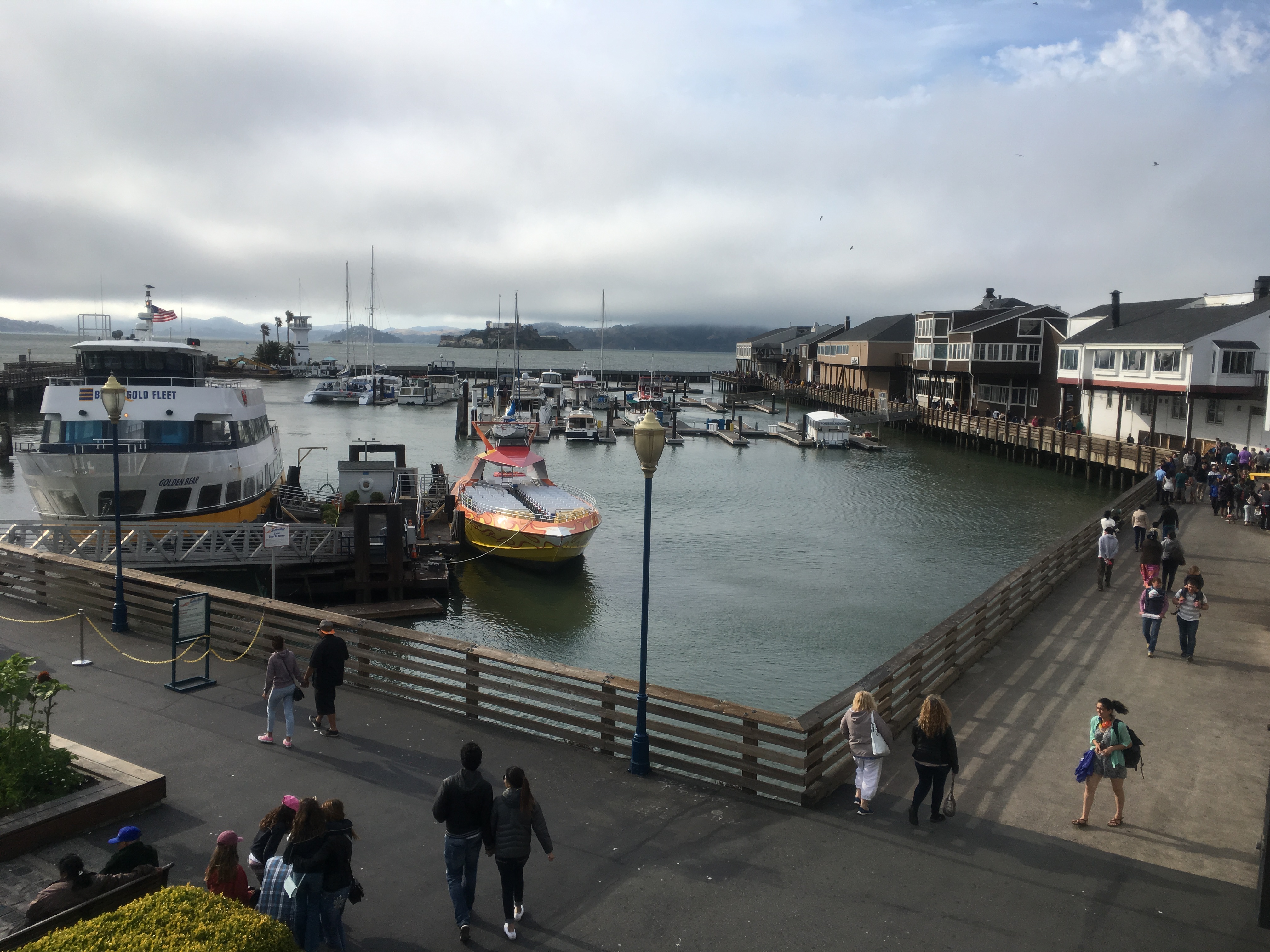 Though we originally had no plans, Xue Fei wanted to go take a look at the Pride Parade happening down in San Fran, so we headed off after a nice breakfast at Café Durant. When we were in San Fran the previous day, we had already noticed many shops with Pride-themed products and decorations, but the atmosphere on Sunday was much more intense. The entrance was super crowded, and we had to go through a bag check before we could enter the carnival area. The dressing style was also different from what we usually see back home (ranging from fully-clothed to fully-unclothed, with some variations of body paint “clothes”) and we were pretty surprised at first. We walked through the carnival and observed the parade for some time (the paraders were super friendly and enthusiastic, giving out free high fives, free hugs, and other free items) before heading back to Berkeley! 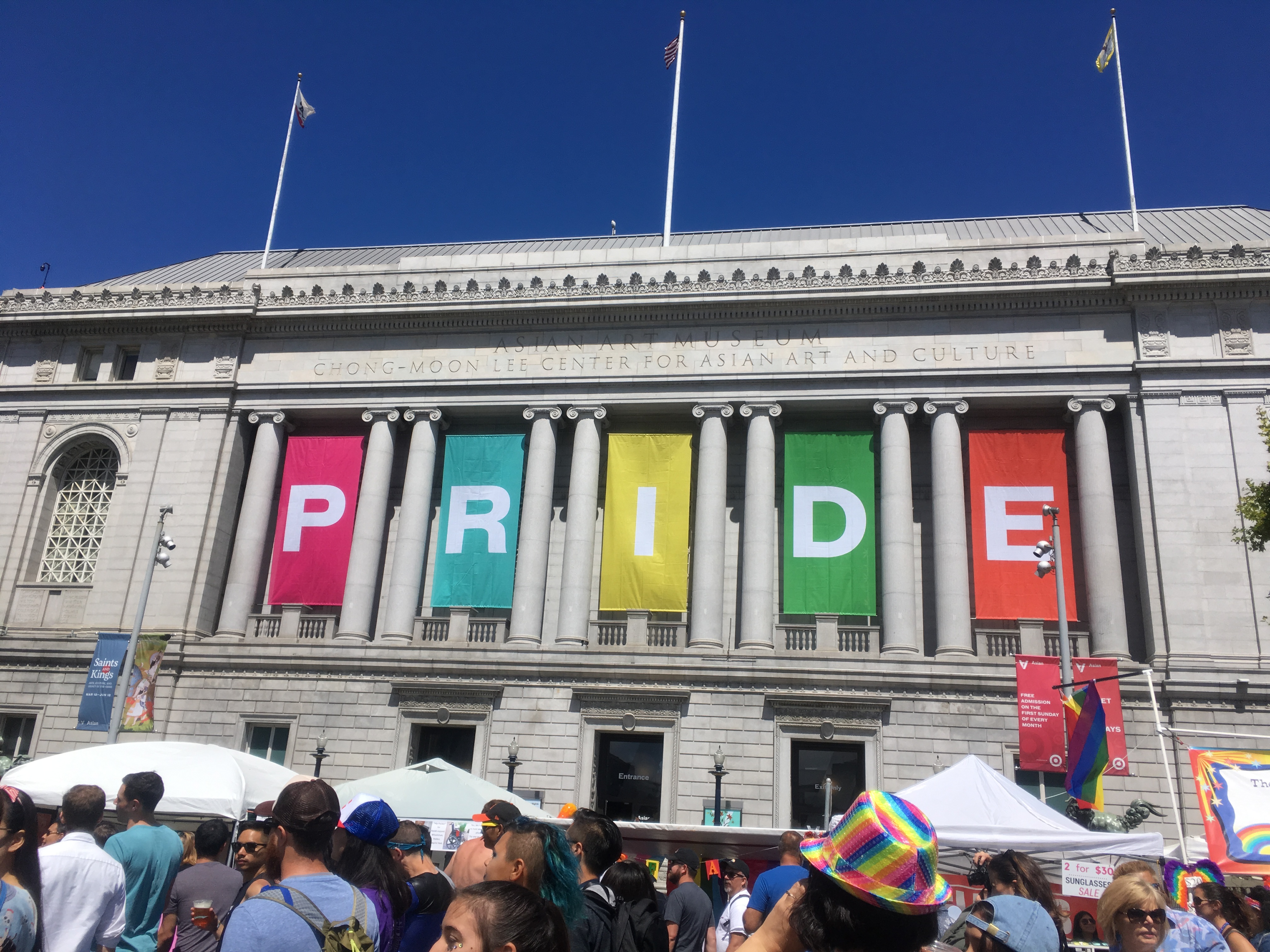 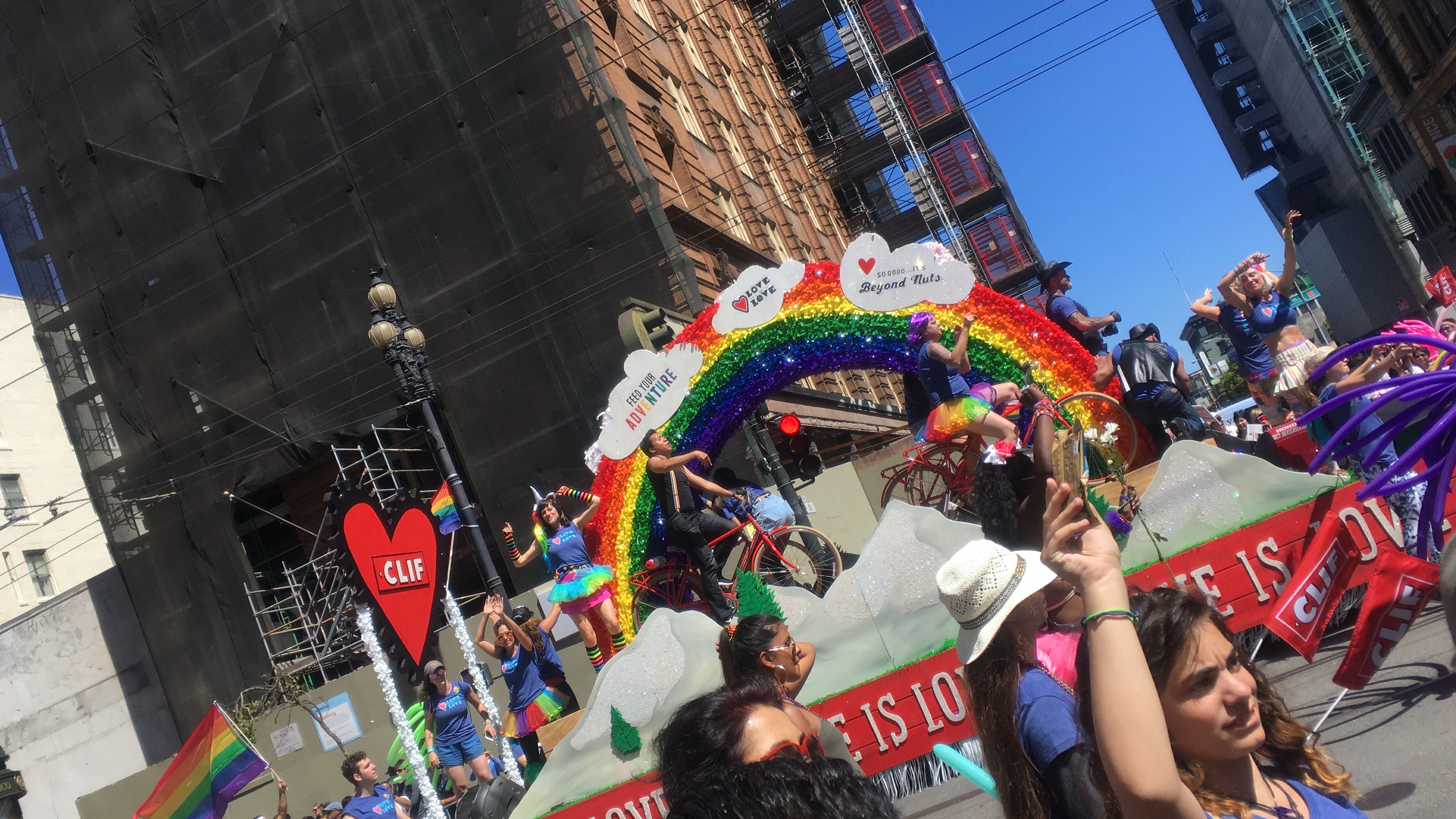 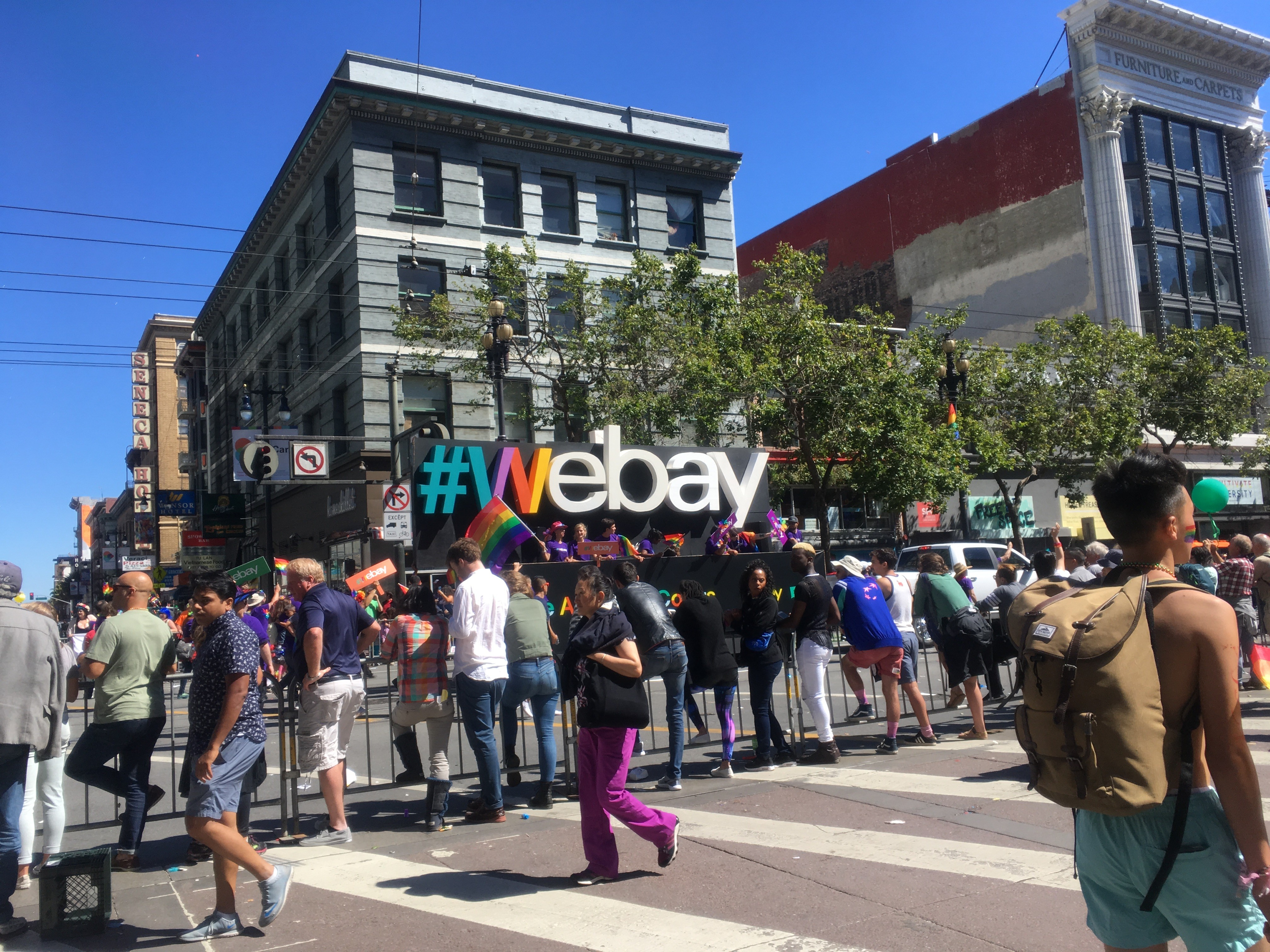 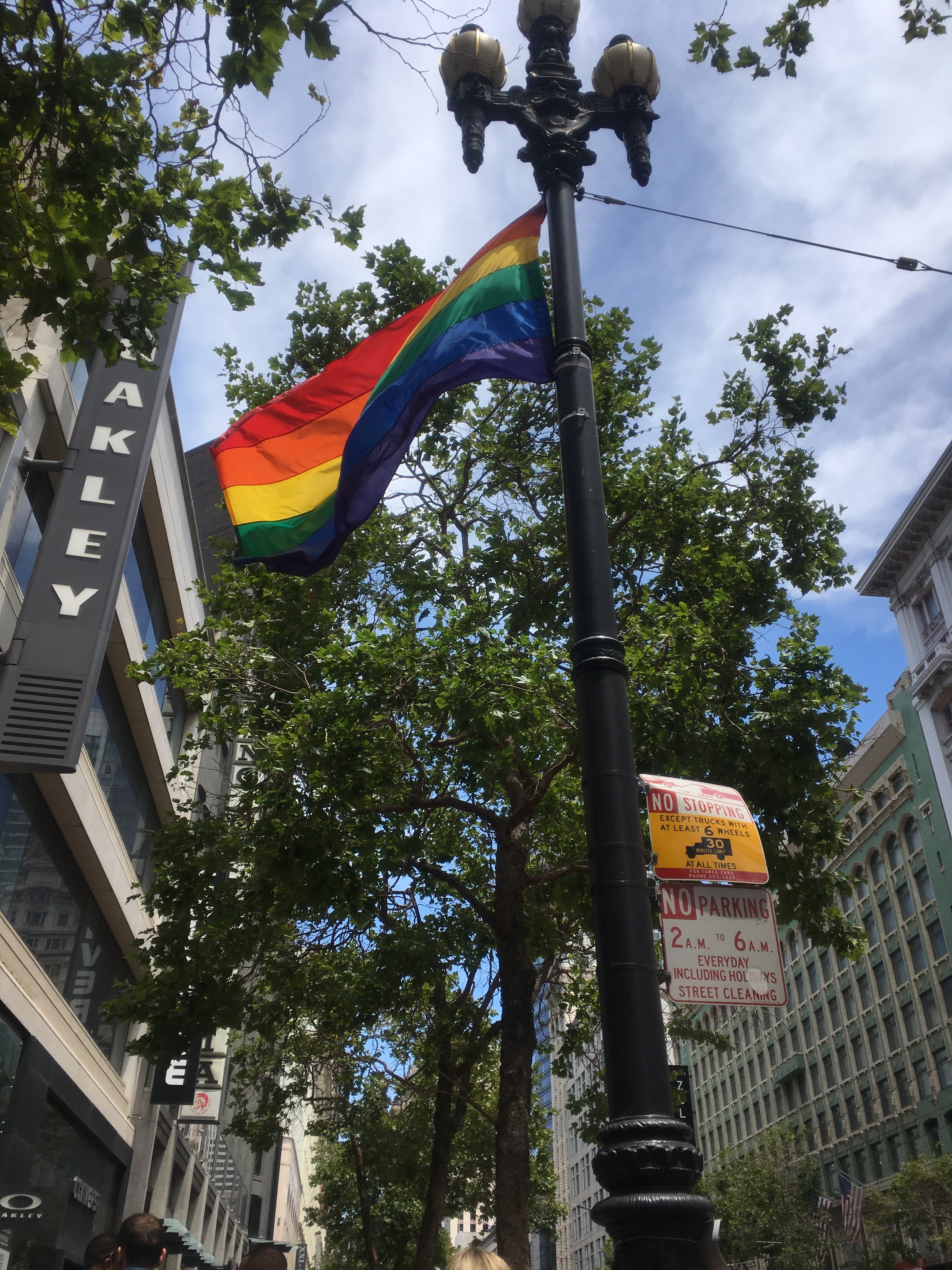 By the end of the packed weekend we had figured out one thing; we would definitely be playing hard as well as working hard during our eight weeks here (: