Fast forward to the second weekend! (We’ll talk about our courses another time… if ever haha) We (read: Tian Lerk) had planned in advance, done lots of reading up on insurance and liabilities and whatnot, and reserved a rental car with Enterprise! The rental period was Saturday to Sunday morning, and we planned to do lots of things with this newfound (but limited-time) freedom.

We hit the road on Saturday morning, and took some time familiarising with the left-hand drive. Luckily Tian Lerk has experience driving back in Singapore and managed to make the transition quite quickly, coz none of the rest of us could really drive much. Some of the road practices are different here; for example, there aren’t that many traffic lights especially on small roads, but there are still pedestrian crossings and the cars actually do stop for you! Sometimes it’s even a bit pressurising coz they stop before we even get to the crossing and we have to hurry across. But there’s one lesson in graciousness (more like in the prevalence and effectiveness of stop-lines) for all of us Singaporean drivers !

We all got a shock when a neighbouring driver rolled down his window and told us we were on the wrong lane of a two-way road but other than that it was a smooth trip (also pretty surprised/impressed by the high speeds and sick lane-changes on the highway).

We had been planning to visit the San Fran Premier Outlet (upcoming Fourth of July also meant even greater sales) but took a scenic detour first, up Mount Diablo. Driving up the mountain was no joke, with blind turns every few minutes and lots of cyclists on the road, but it was way more relaxed than if we had chosen to hike up the mountain (it was more than double the height of Wildcat Peak). Most of the work was done by Tian Lerk and Janice (riding shotgun) and the rest of us in the back just alternated between napping and enjoying the scenery hurhur. Here are some pictures from the visitor center at the top: 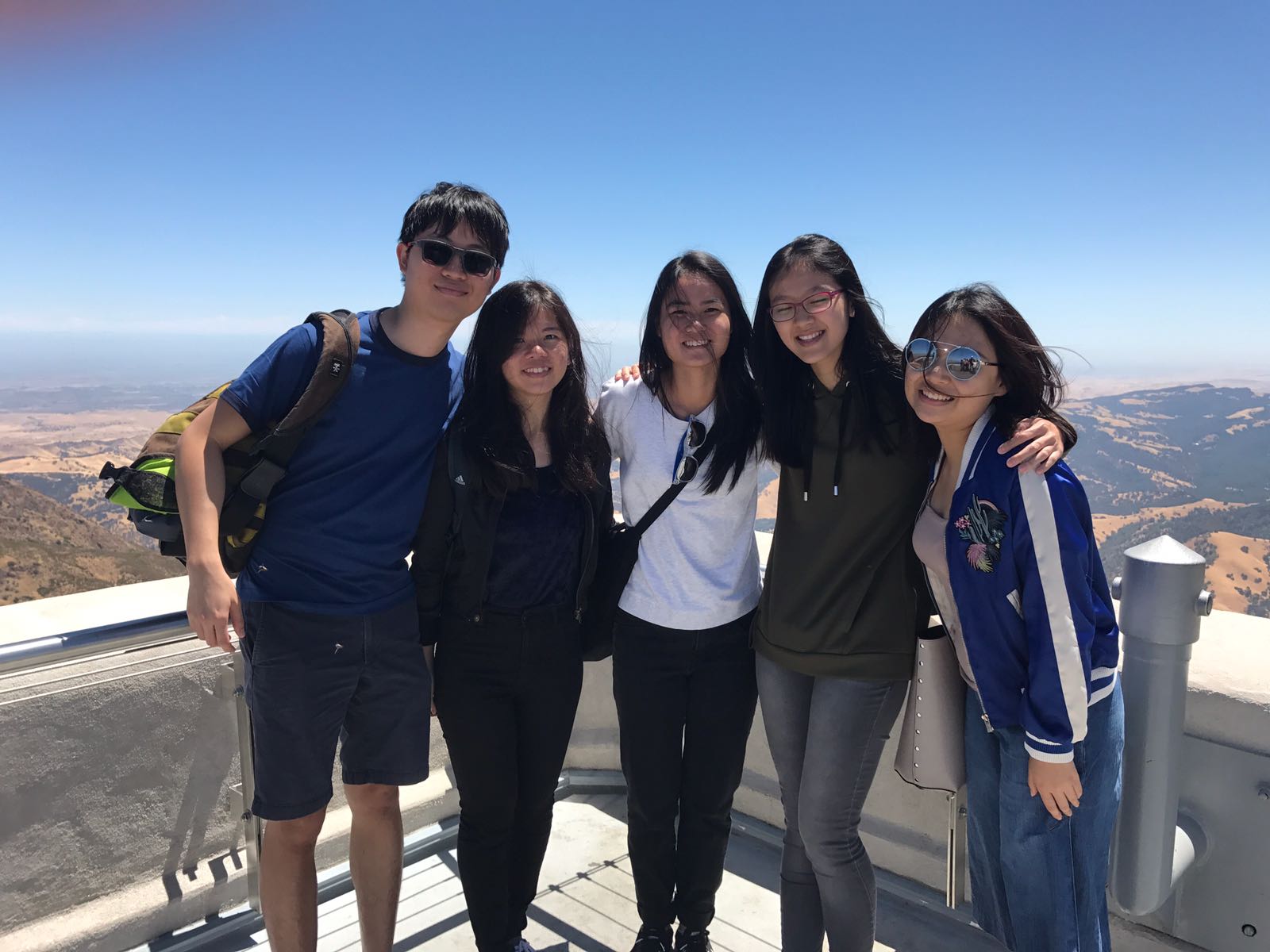 Group shot!On our way down, we saw lots of cars slowly driving up; many of them were stuck behind cyclists as they couldn’t overtake until they got past a blind curve, and we were pretty glad we had set off early We headed off to the premier outlet and spent a good 6 hours exploring the place, after which we drove back and had dinner (at Gypsy’s again).

We had to return the car at 9am, so we decided to make a quick trip down to San Fran to catch the sunrise at the Golden Gate Bridge. Unsurprisingly, we missed the sunrise (students on a Sunday morning don’t generally do sunrises) but we still drove down at about 7am to see the Bridge. It was a smooth drive there… and straight back, since we missed the road exit to the Welcome Center where we had been planning to stop to take pictures hahaha so here’s a gif from the photos of when we were on the Bridge itself.

After returning the car we had a quick brunch at Café Durant before heading back to laze around / sleep off the rest of the day; we would have another full day of fun on Tuesday during the Fourth of July break!