After the recent SUTD Student Achievement Awards 2018, we caught up with four of these ‘lions’ who have been making a significant impact in the lives of other SUTD students.

Leadership through serving the student population

Benedict See is the current president of ROOT, SUTD’s Student Government, which represents the student body’s interests. His team was instrumental in improving the feedback process from students through the use of technology and techniques that they learnt from their classes. These issues were then surfaced to the university management to see if policies and initiatives can be put in place to address them. 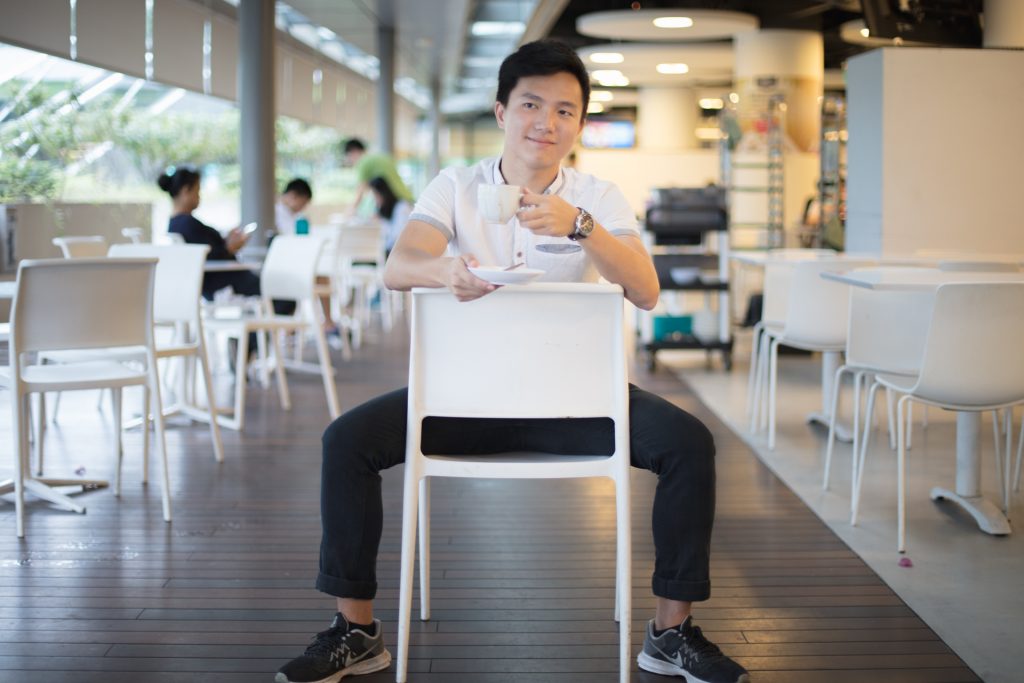 An example is the recent proposal to improve the availability of food on campus. This was born out of a new digital engagement project ROOT ran to gather feedback from the student population. 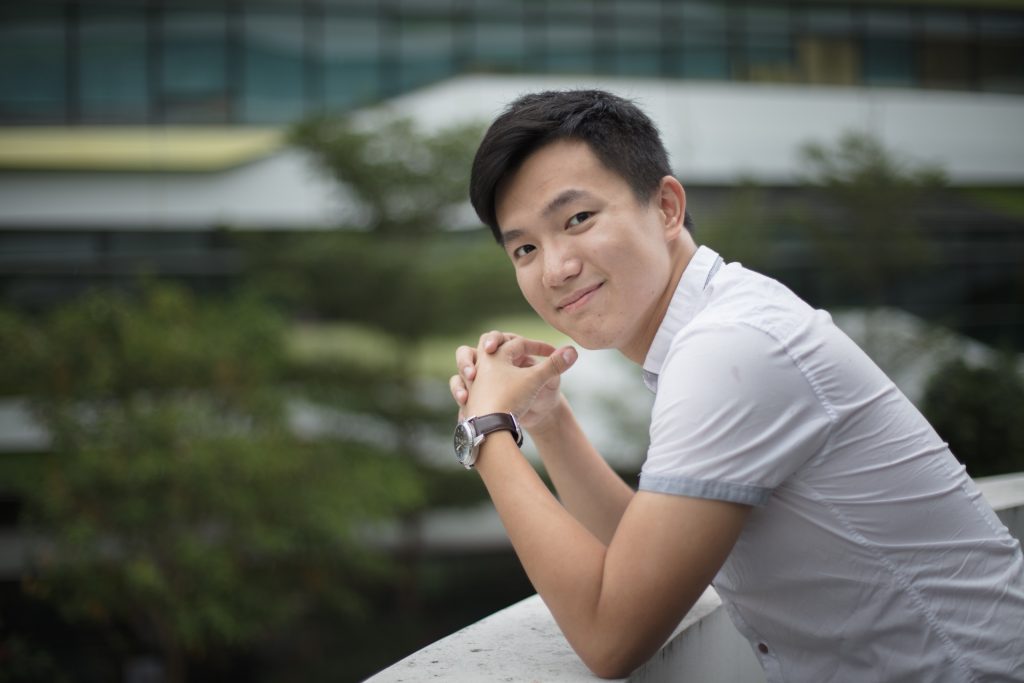 While previously volunteers approached students to fill questionnaires on a tablet, this time stations were installed for them to respond privately at their convenience, increasing the number of respondents. After collating and categorising the feedback, students then voted on the concerns they wanted addressed. Like true Singaporeans, food was unsurprisingly one of these concerns.

The ROOT team did not stop there. Instead of simply stating the list of concerns, they worked to provide viable proposals the school could act on. Since then, one of these proposals have been approved, and the team have started working with the current vendors to increase the hours of operation, and to offer a wider variety of food on campus.

When asked about why he wanted to be the President of ROOT and what he hoped to achieve, Benedict’s enthusiasm picked up. “School culture is something every student here talks about, so someone has to take up the responsibility to spearhead the movement. That’s what ROOT is about: to improve the lives of students, and getting them engaged with the school. There are always things to improve on.” 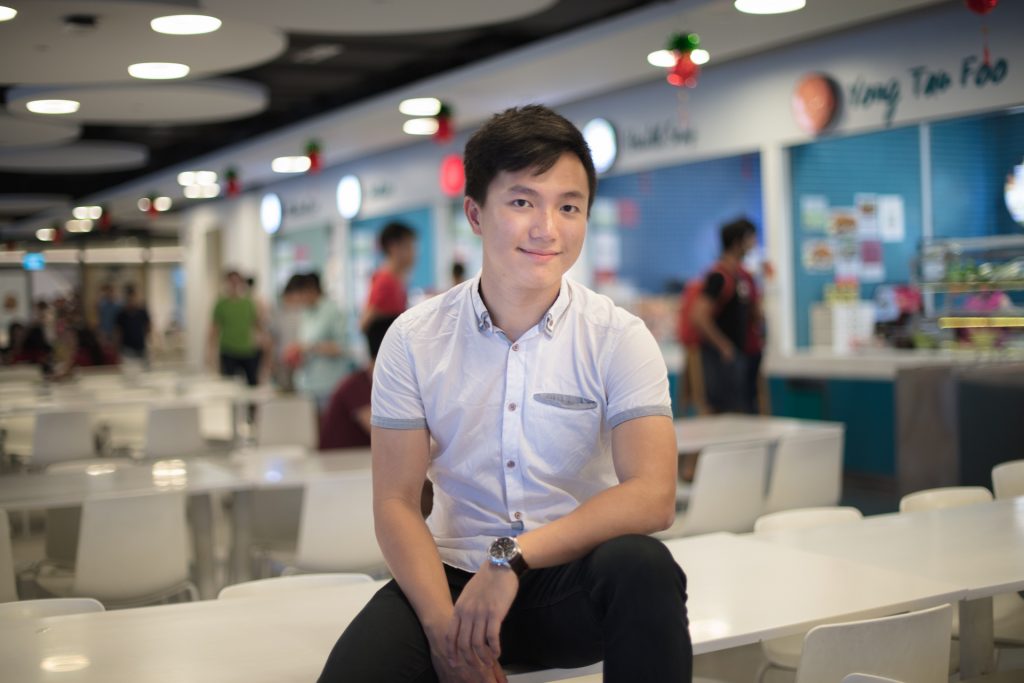 “Each student should have a stake in the university. After all, they are the bedrock of the school, and we should not forget that.”

Being a change maker and igniting the hackathon revolution

When it comes to improving things at SUTD, Koh Kai Wei is the name that pops up a lot. When he was President of the Information Systems and Technology Design (ISTD) Student Council, his team organised a Town Hall with the Head of Pillar to address concerns about the high course load, and as a result, the school implemented changes that benefits future cohorts. 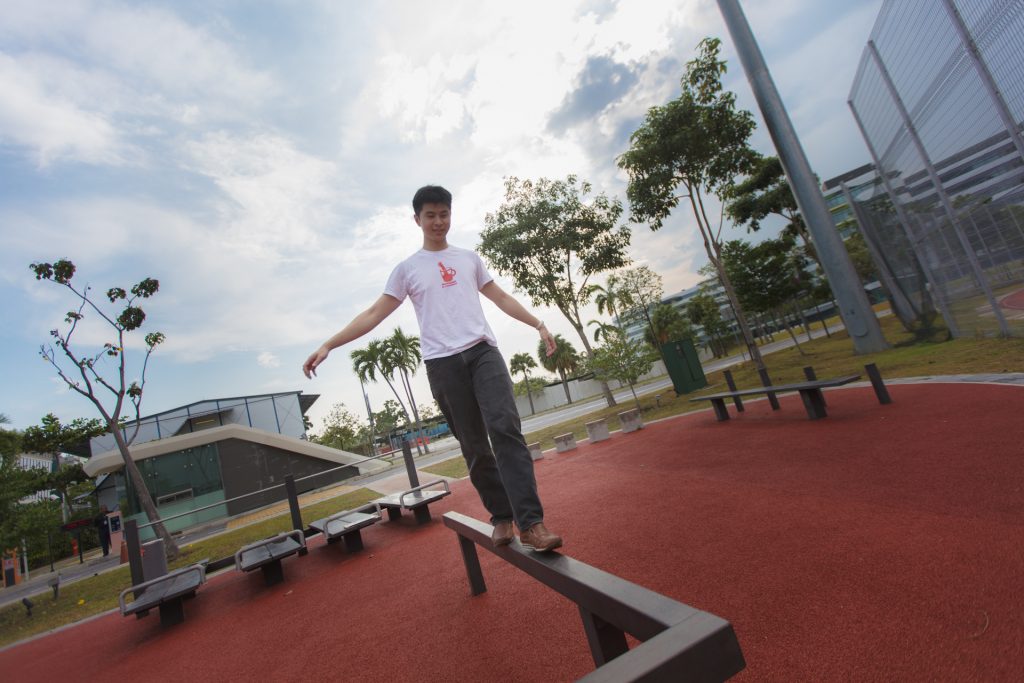 Perhaps one of the things that Kai Wei is best known for is organising What The Hack @ SUTD, the university’s first-ever hackathon in October 2017. The grassroots-led effort attracted over a hundred participants from around the region, raising S$26,000 in sponsorships.

Kai Wei fondly recalls, “We were at a hackathon when Bryan Cresswell (Kai Wei’s friend) and I were saying that as a university of technology and design, we should have one of our own. And so we decided that we should at least give it a shot.”

“We brainstormed for a couple of ideas and started recruiting members. The amazing thing about SUTD is that it is so easy to find like-minded people. Eventually, about twenty people from all the various pillars of the school joined the committee. And it didn’t stop there; we connected with staff and faculty to get their advice on how to run the event. Without their support, the event would not have been successful. Running this hackathon made me realise how supportive the SUTD community is.” 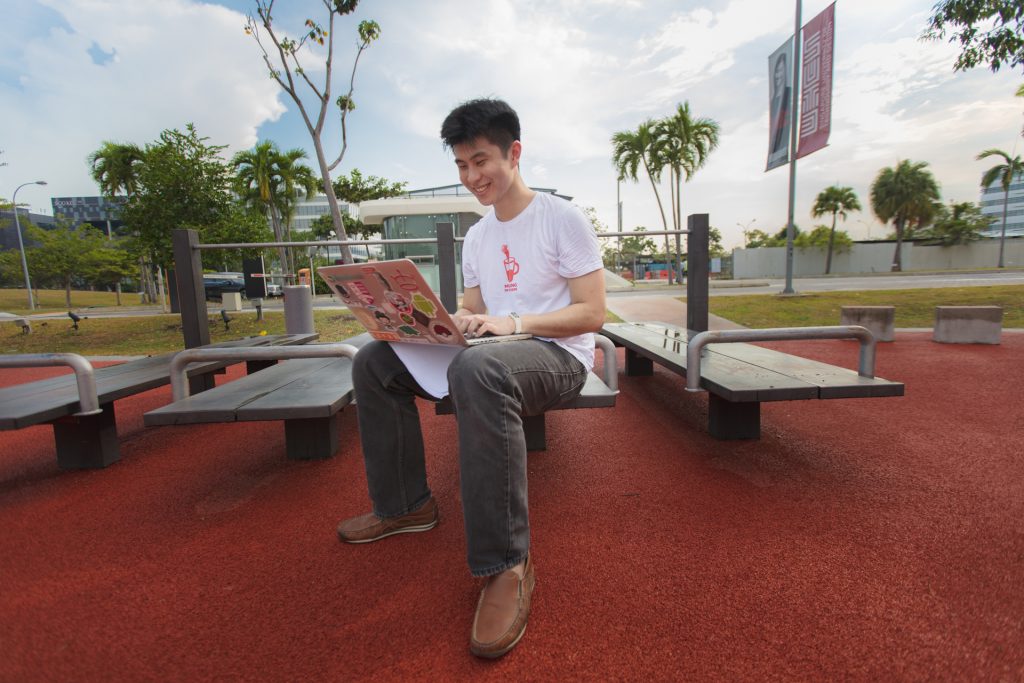 In particular, Kai Wei pointed out Professor Aditya P. Mathur (Head of Pillar, ISTD), staff and faculty members of ISTD as well as Professor Kristin Wood (Associate Provost of Graduate Studies and Co-director, SUTD-MIT International Design Centre) and faculty members of Design Odyssey who gave the team a lot of guidance, as well as the Office of Student Life and Office of Advancement and Development for their steadfast support in connecting them with partners and sponsors.

A culture of bringing SUTD to the public

Another person who is no stranger to the support of SUTD is Jonathan Ng, a senior from the Architecture and Sustainable Design (ASD) Pillar. When he looks back on what he has done outside of the classroom, he says, “The thing that stands out most is SUTD’s open and supportive culture that makes it easy to find equally enthusiastic peers to work on projects. On top of that, the willingness of the school to support such projects, even on a larger scale is refreshing.” 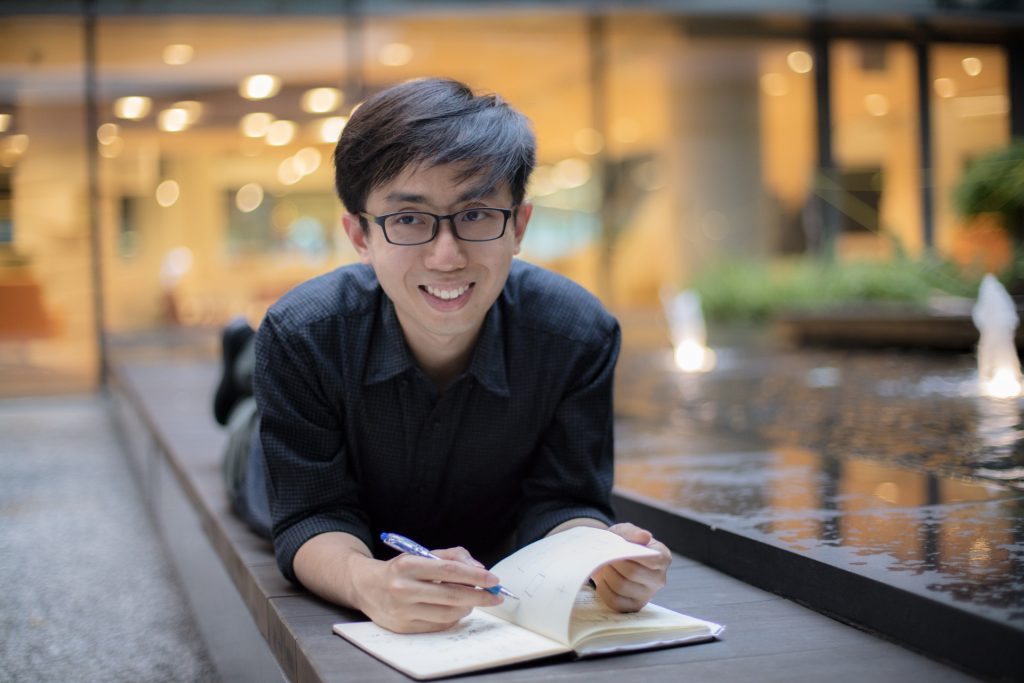 As Director of Collaborations for the ASD Pillar student society (SUTDIO), Jonathan and his team partnered with the Singapore Institute of Architects on the inaugural ArchiCraft in  Archifest 2017. ArchiCraft was a series of workshops, organised in carefully curated architectural space or buildings, which provides the opportunity for participants to delve into a variety of disciplines in society and their interaction with architecture. The workshops were curated by the Young Architects’ League (YAL) from the Singapore Institute of Architects and STUDIO. 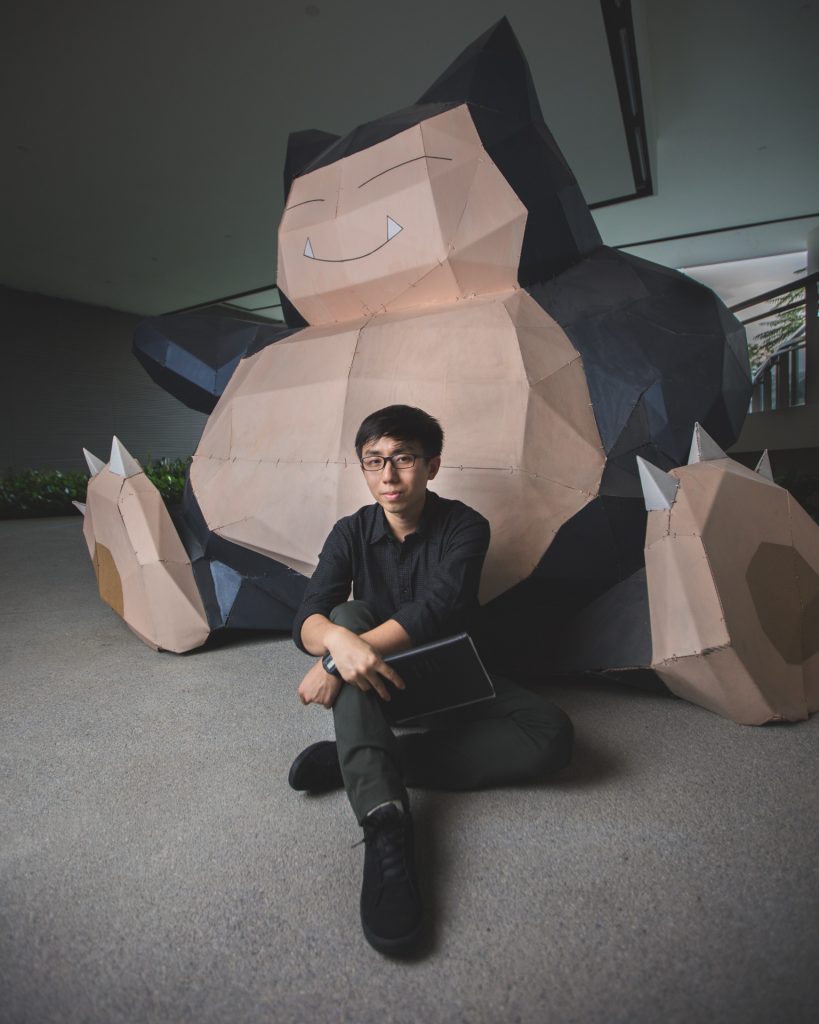 Another highlight for him was creating the Phosphene light installation that was selected and built for the Singapore Night Festival 2017. “It was a remarkable team effort that started off as a small idea, but is testament to SUTD’s unique proposition of taking a cross-disciplinary approach to things. That is how we managed to successfully execute this project, on a national scale no less!”

To Jonathan, it is not just about doing large scale and exciting projects. Recognising he has benefited from the many opportunities afforded to him, he now wants to pay it forward, “I’ve had the fortune of working with fantastic people and great mentors, and I want to help create the possibilities for others to do the same by getting people involved in projects like Phosphene.”

Creating opportunities for growth through dance

As the Dance Captain of the SUTD Dance Derivativez, creating possibilities for others to go beyond what they thought they were capable of is something that Sharmaine Chua is passionate about. When asked about why she chose to lead the dance team, the Engineering Product Development (EPD) Junior had a fascinating story to share.

“Initially, I had no intention of leading Dance Derivativez, as I was already involved with dance outside of SUTD. Then there was one night when I was coaching my roommate on her dance routine, and it suddenly dawned on me that I truly enjoy helping people to grow through dance.” 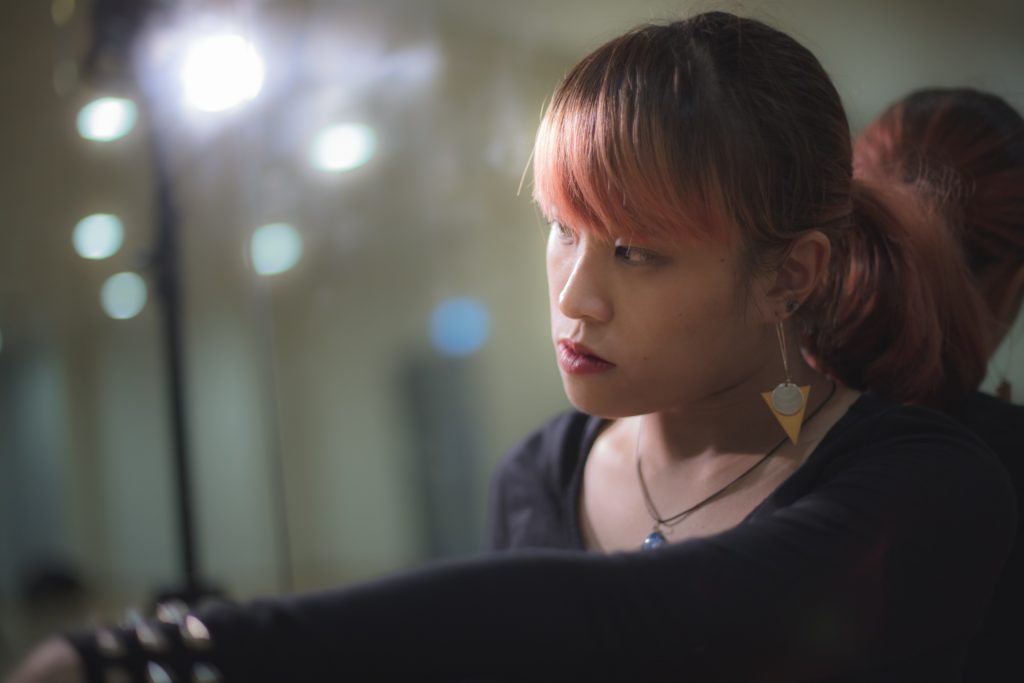 “I went to a training session; I saw there was a bunch of people working really hard, but they just lacked the exposure and a bit of confidence. As I am involved with the wider dance scene in Singapore, I wanted to help with that,” she relates.

“The first step was to get people to step out of their comfort zone, so I organised training sessions with external trainers, workshops and held internal competitions. We all put in long hours and plenty of effort, but eventually, the team won the ‘Burnout Volume 3’ open competition, and it was an inspiring moment not just for those who participated, but also the juniors.”

“It is through teaching people to dance that I discovered myself,” Sharmaine told us, with an intense earnestness. 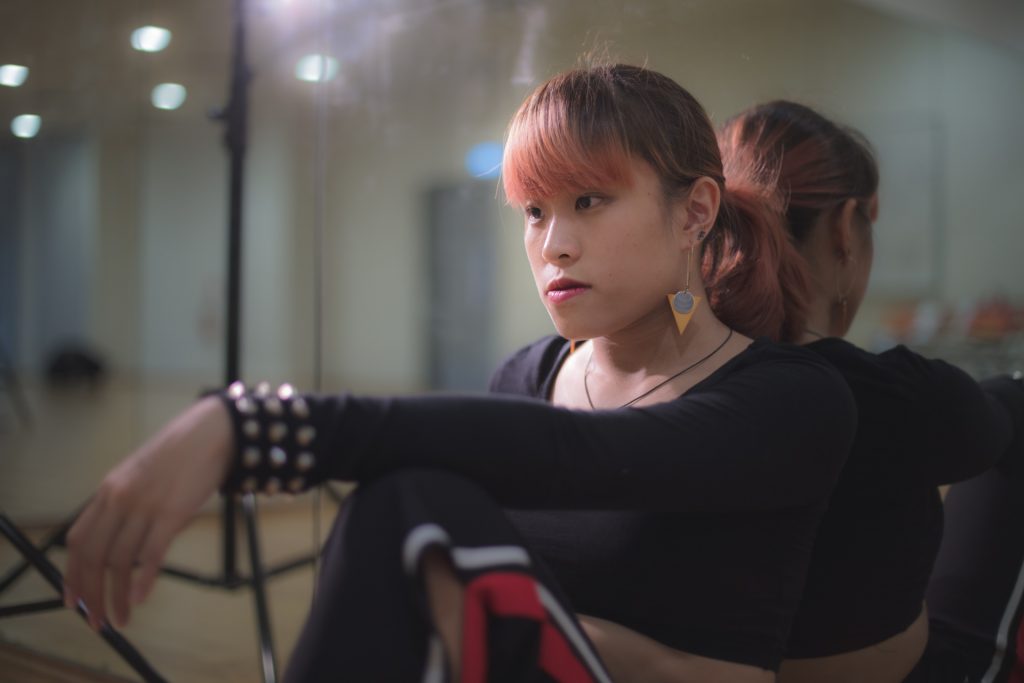 The case for taking a leadership position

While being a student leader does come with responsibility, all four agreed that the journey has been worth it. “As a leader, there will be sacrifices you will have to make, but you will learn a lot and, get so much more out of the experience,” relates Sharmaine about her experience so far.

Benedict agrees, pointing out that “If you keep an open mind, you get to see things from other people’s perspective and play a key role in improving their lives. You get to help shape the culture, and that’s exciting.”

“Leadership teaches you many things that you can’t pick up in textbooks, and through that experience, you will surpass what you thought you’re capable of,” says Kai Wei.

Jonathan, on the other hand, is a lot more practical about the matter, “If there is something you feel passionate about, SUTD is a great place to grab some friends and just do it. If you do something you enjoy, you’ll definitely enjoy what you’re doing.”

If these four leaders are anything to go by, even Alexander the Great would be impressed by what the school is poised to accomplish.