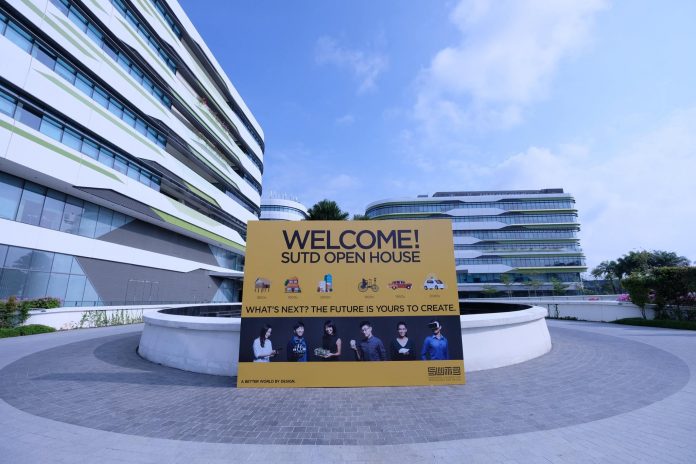 Open House 2018 was a highly energetic and dynamic affair last weekend. From the finals of the Electric Vehicle Design Challenge, to drone racing and 3D printing, attendees tried their hands at several high-tech activities, all while immersing into the SUTD culture.

Here is what went down, and a few things we’ve learnt during the Open House. 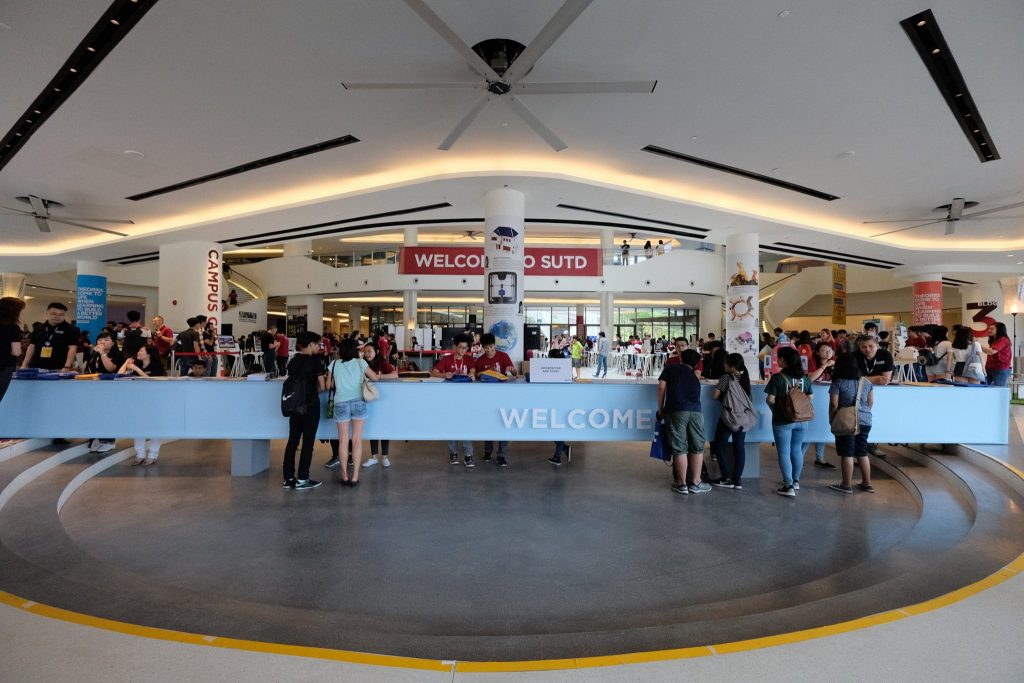 This incredible 12m floating welcome desk that greeted attendees at the Campus Center. It was designed by an ASD team led by Assistant Professors Carlos Bañón and Felix Raspall. 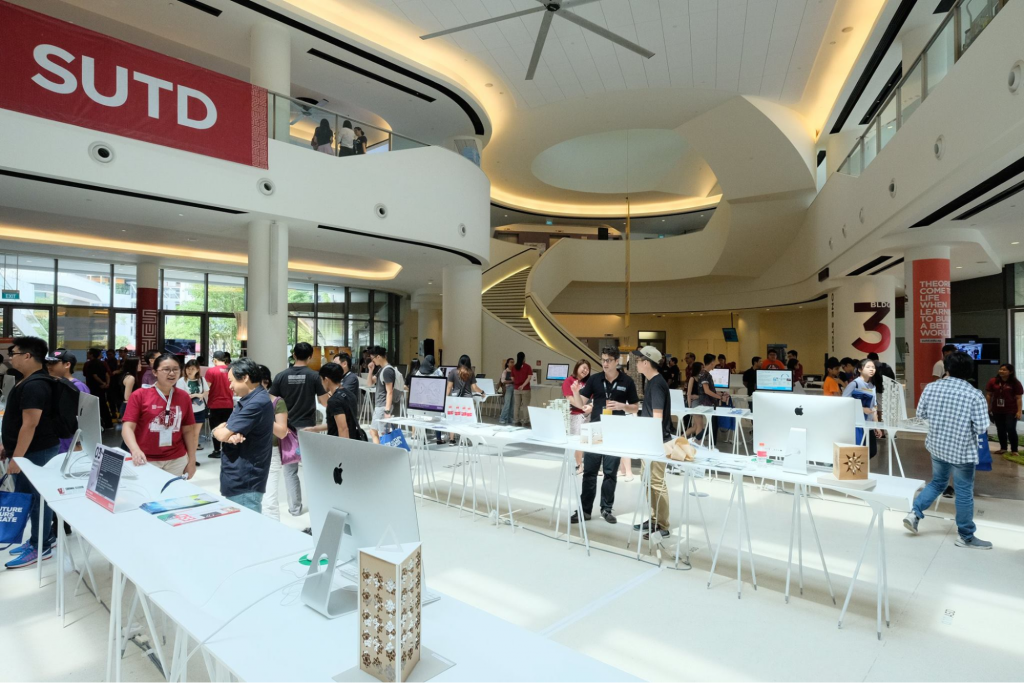 The same team also designed and fabricated the cloud-like Corian top exhibition tables, with a process that included thermo-forming and 3D Printing. 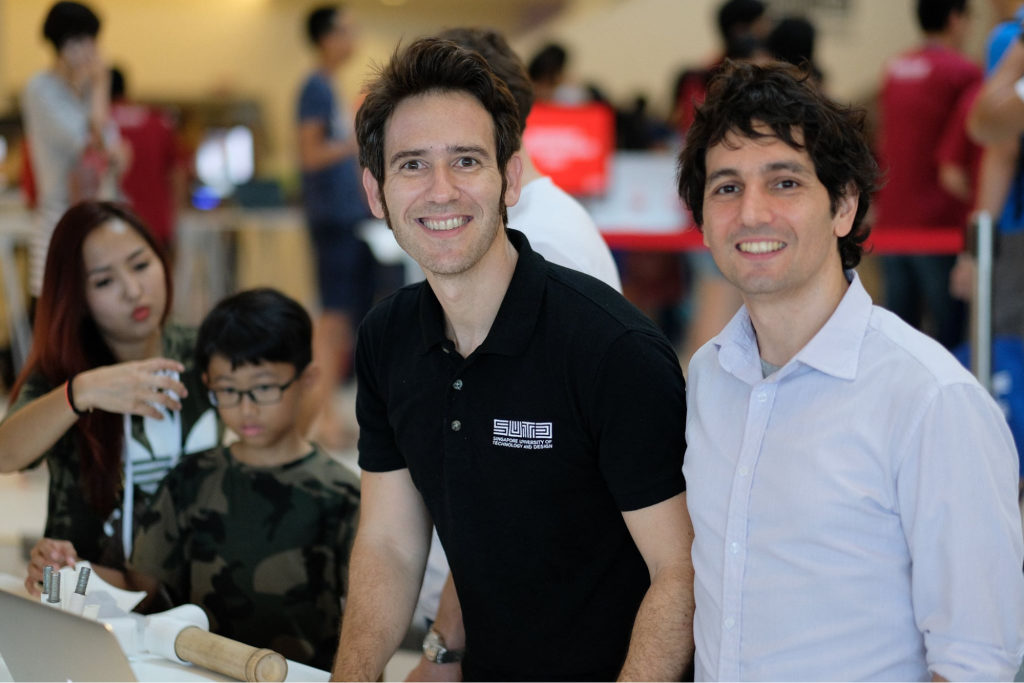 (L – R) Assistant Professors Carlos Bañón and Felix Raspall. We interviewed them about the process on a separate post here. 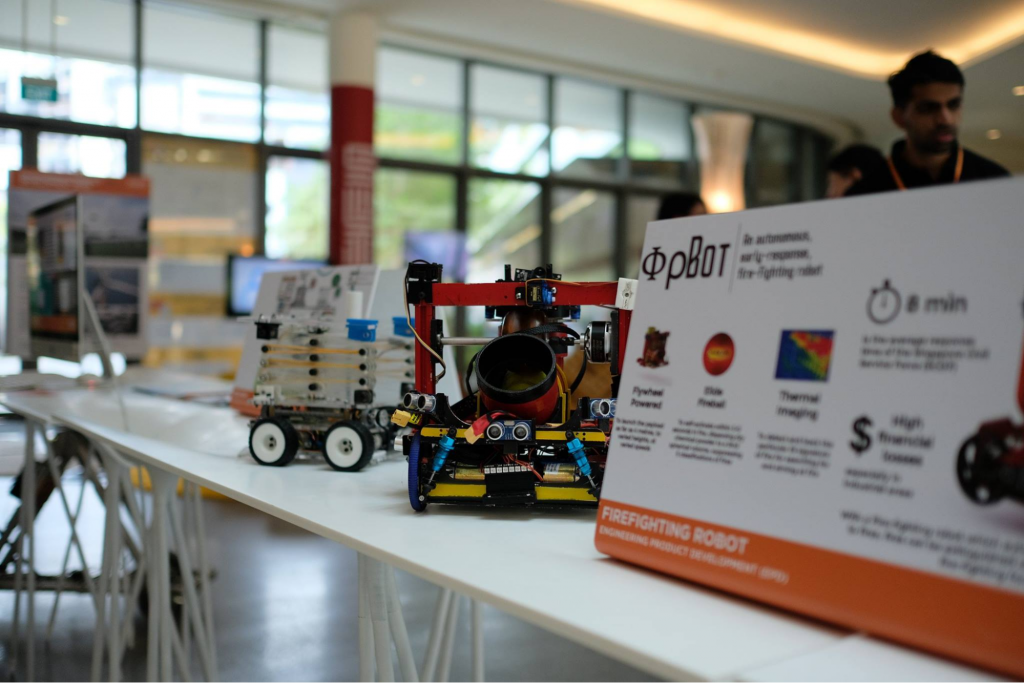 Projects at SUTD often tackle real-world problems. One of the projects on showcase was a firefighting robot a student from EPD created. 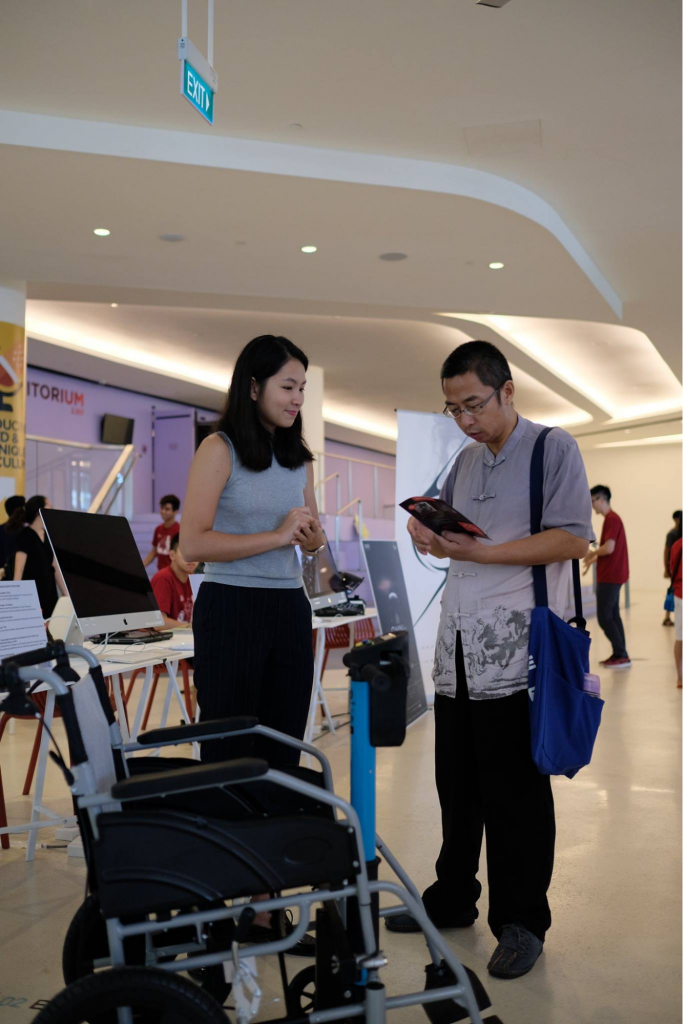 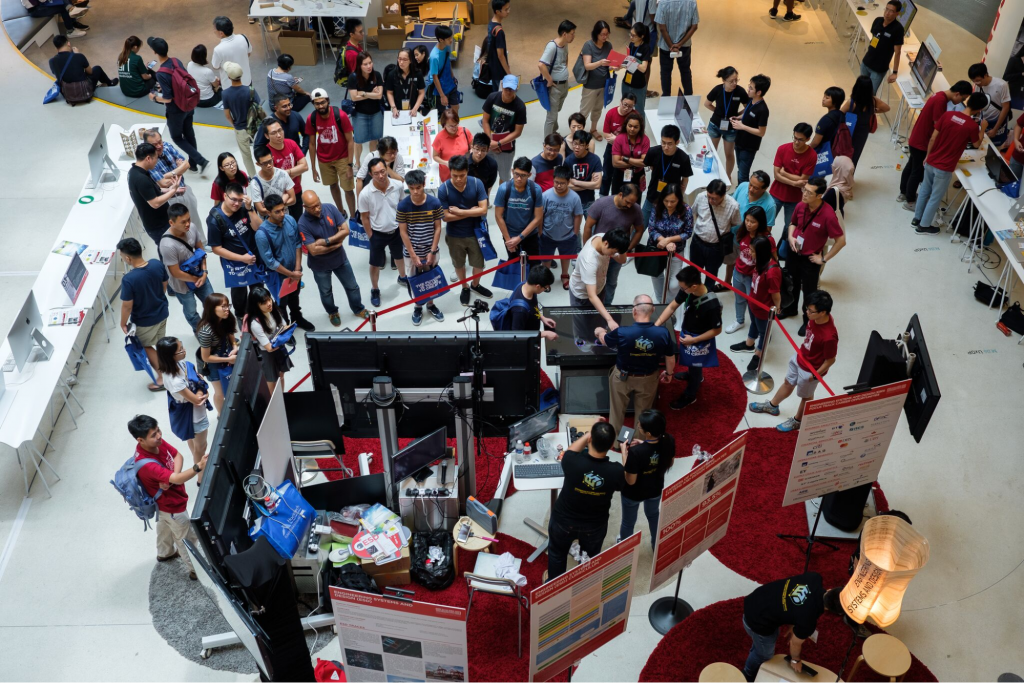 An overview of the Thumbles system by the ESD pillar. It is a touch panel that detects physical objects placed on top of the screen. 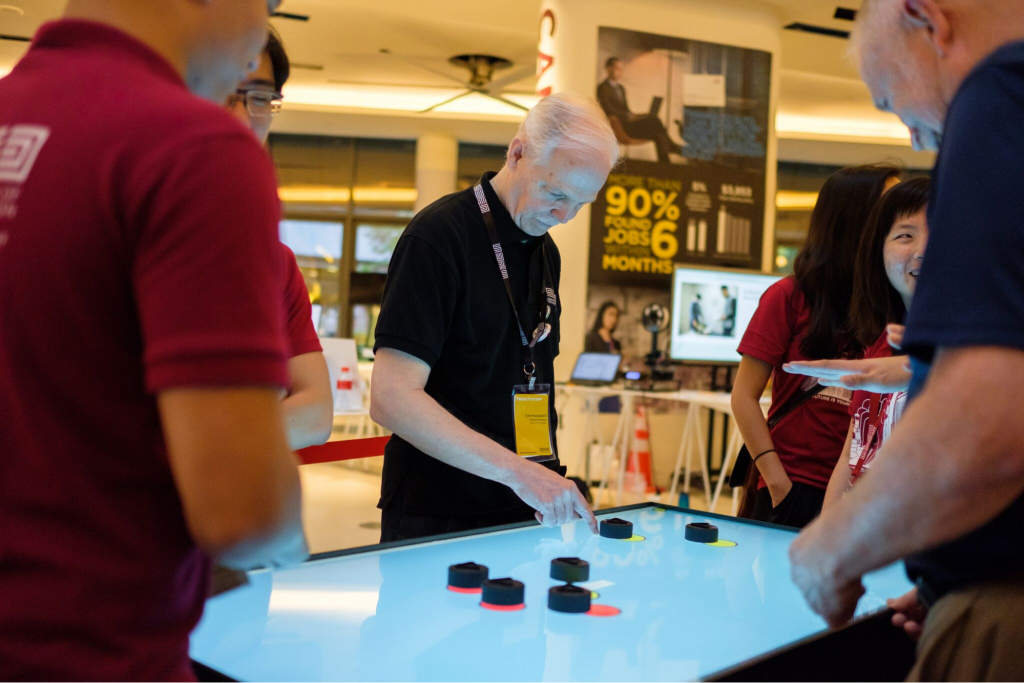 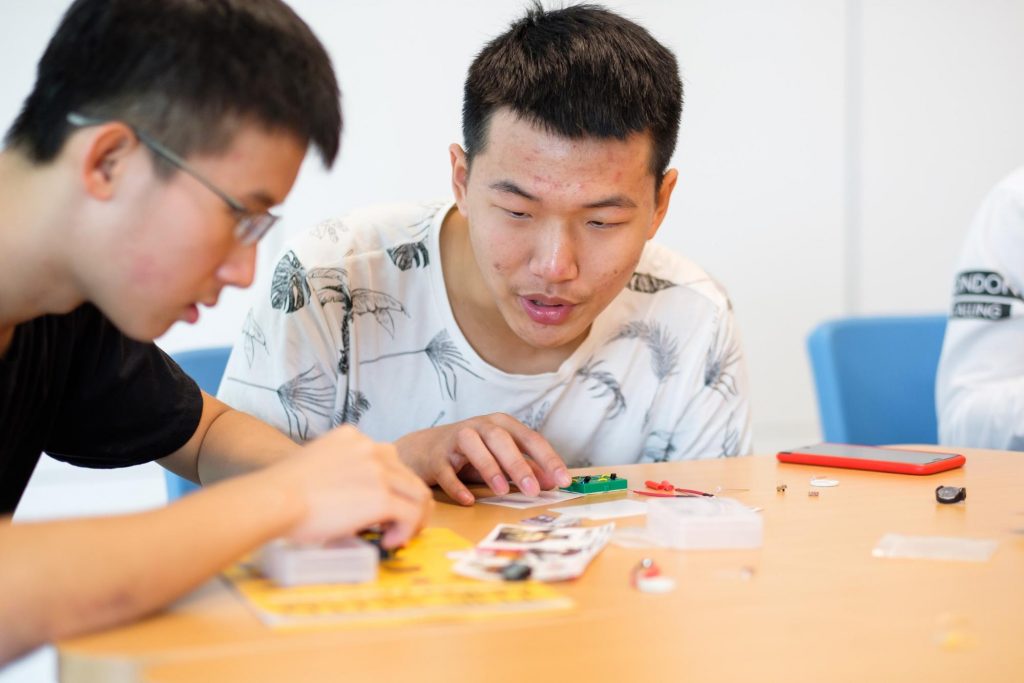 Each of the pillars ran their own interactive workshops. Attendees build their own simple robot at the EPD Workshop – a sample of some of things they might learn at SUTD. 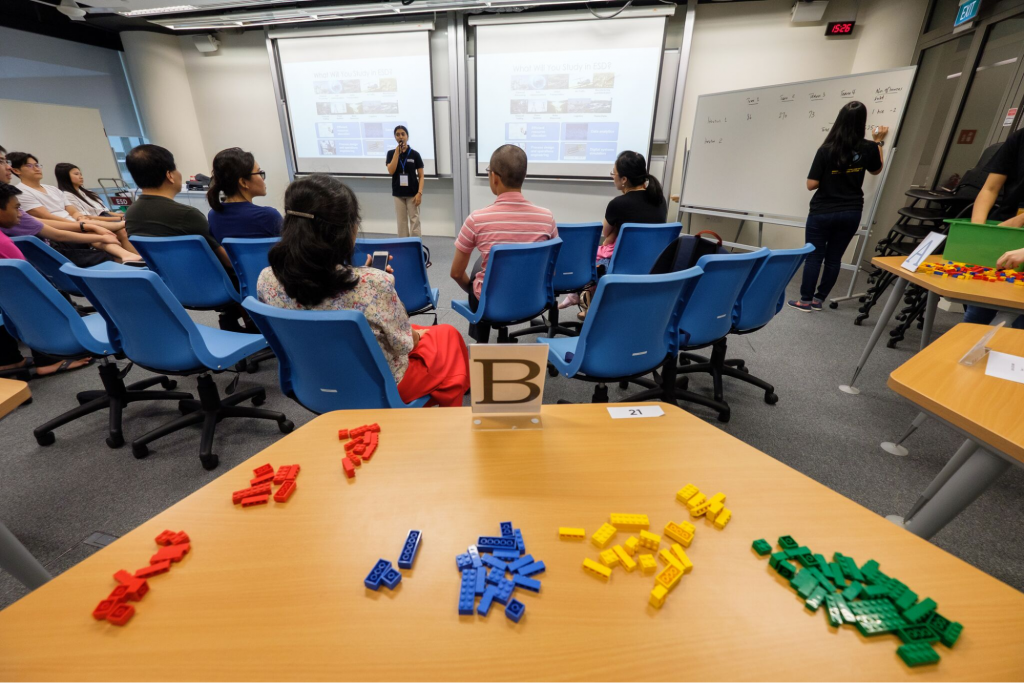 The ESD Workshop let participants used Legos to illustrate their lean design principles that focuses on minimising the use of materials. 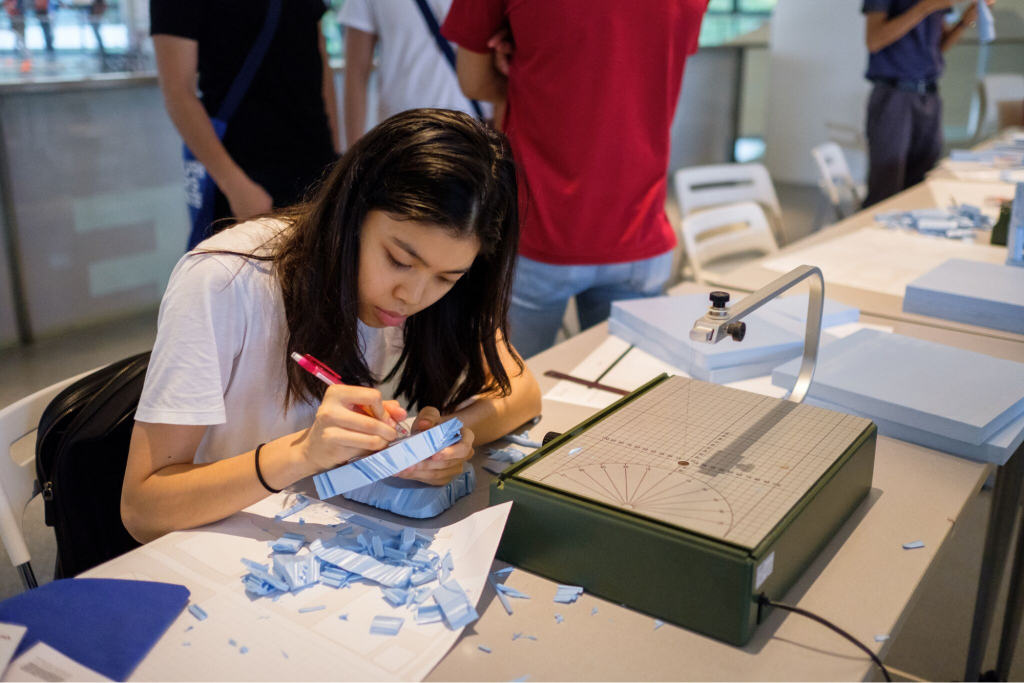 At the ASD workshop, participants created massing prototypes for a residential project in Singapore, learning about sustainable building design, and architectural scaling along the way. 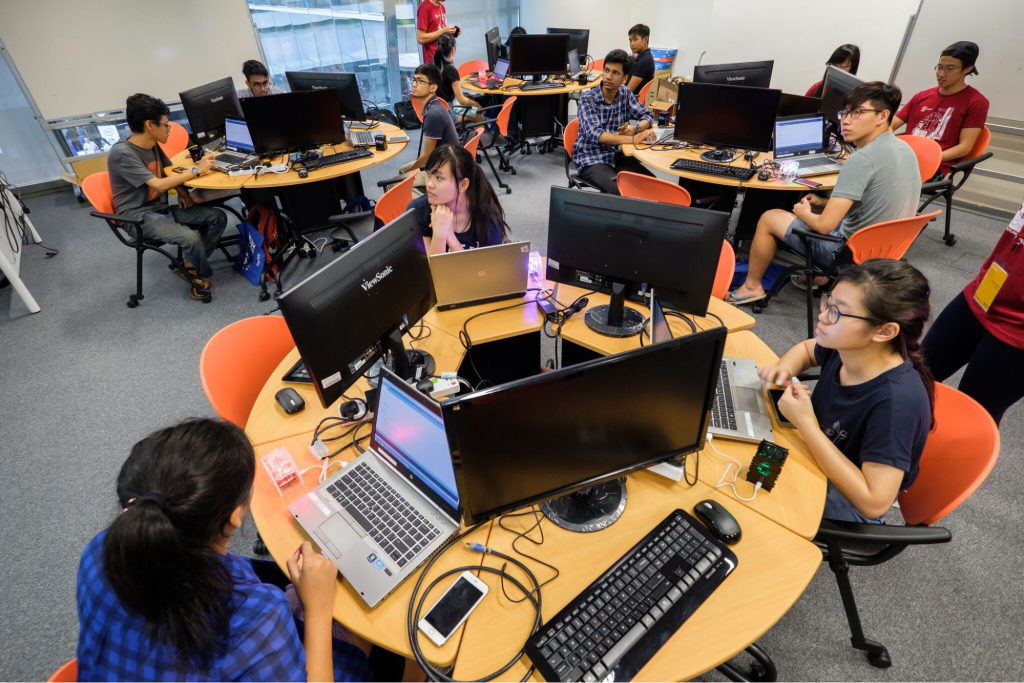 Participants at the ISTD workshop learnt to program their very own Internet of Things device that they could personalise and later bring home as a souvenir. 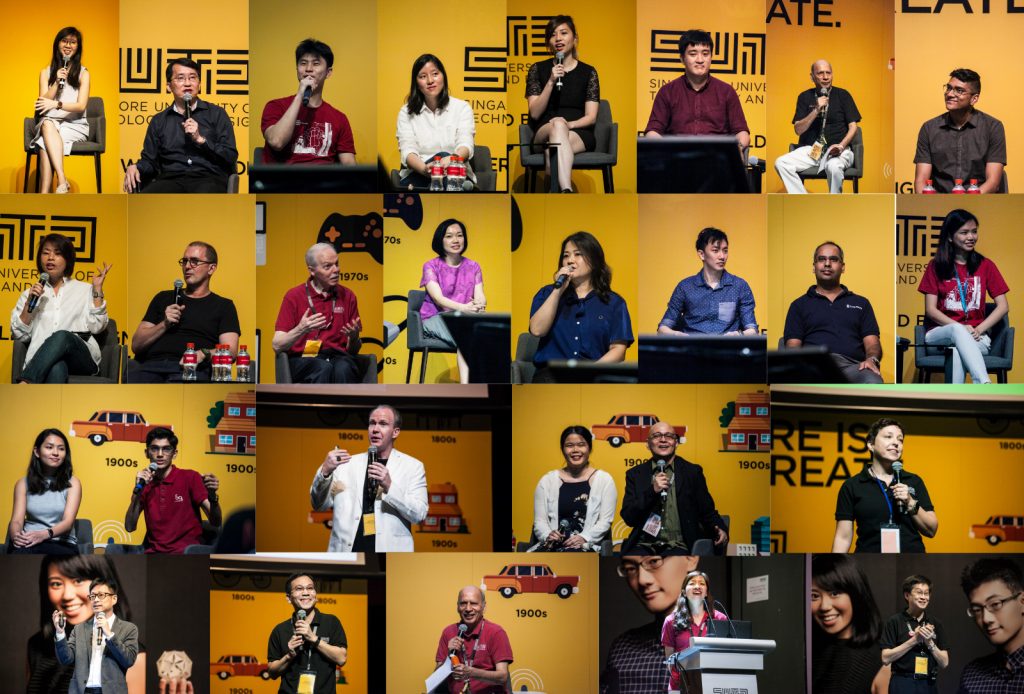 Over the two days, we had talks by many speakers from faculty, alumni, staff and industry, giving insights into the four key pillars of SUTD, special programmes such as the SUTD Technology Entrepreneurship Programme, financial aid as well as graduate programmes. 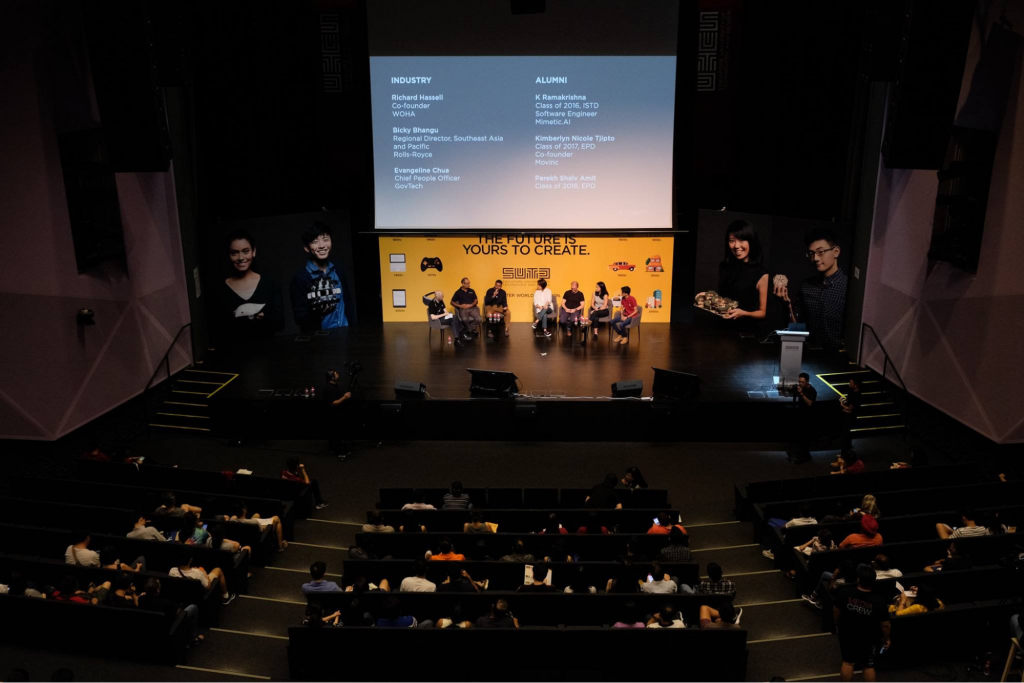 Alumni and Industry Partners sharing about how the SUTD curriculum prepares students for industries of the future. SUTD partners closely with the industry and has a 11:1 faculty-student ratio. 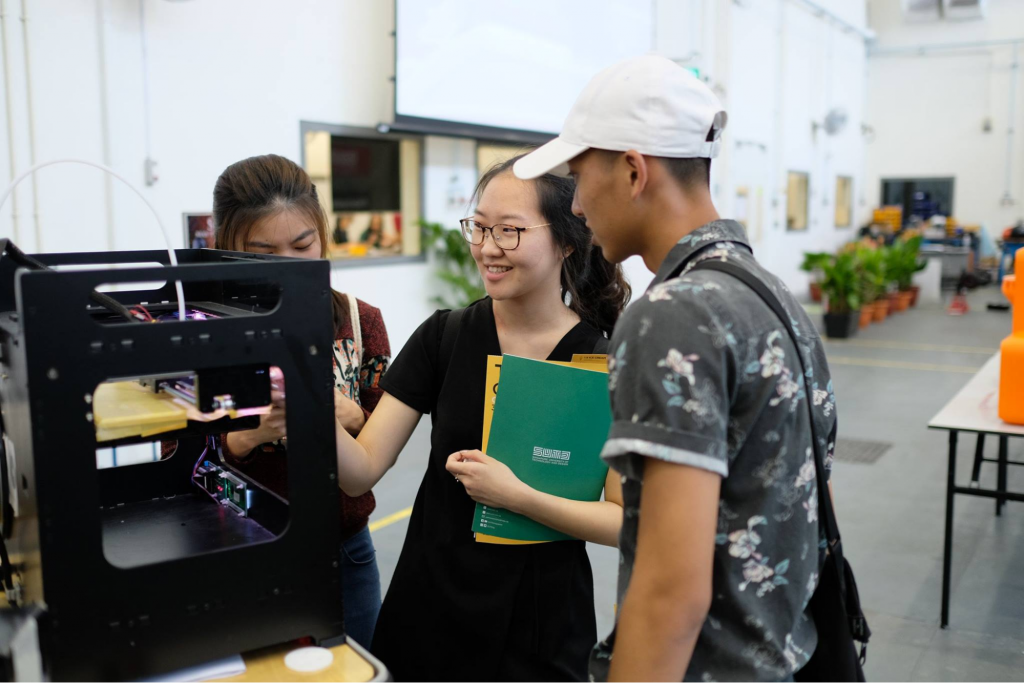 Getting hands on with 3D-printing. Unlike other Open Houses, attendees had the opportunity to make their own souvenirs. Rapid prototyping using 3D printers is something many SUTD students get intimately familiar with in their coursework. 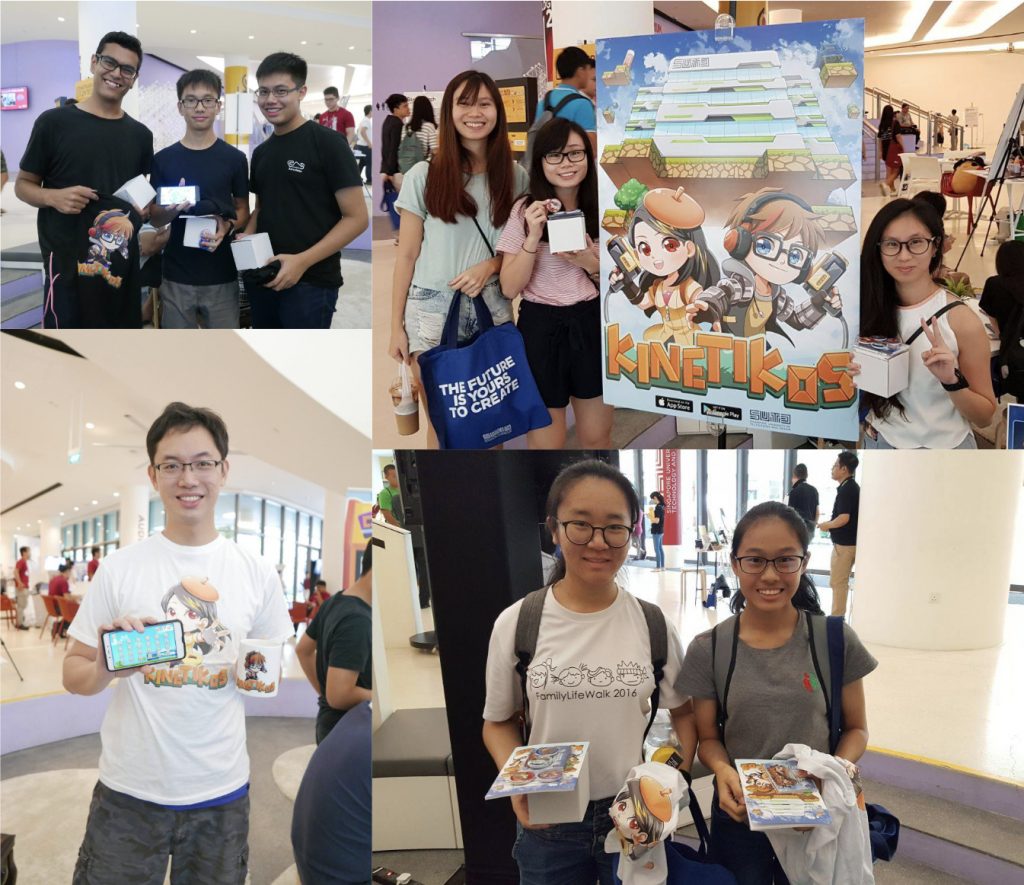 Several attendees won some great Kinetikos prizes like t-shirts, mugs, and notebooks for completing levels in the game. 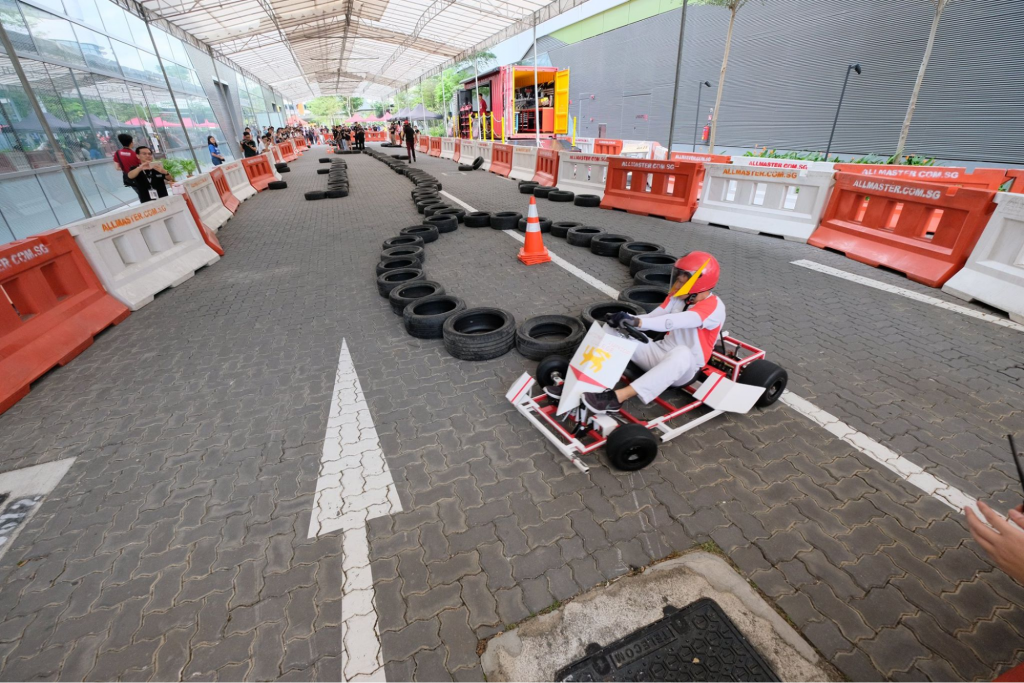 The team from NJC participating in the Electric Vehicle Design Challenge organised by the EV Club. A total of 8 schools took part and built their own electric vehicles under the guidance of EV Club members. 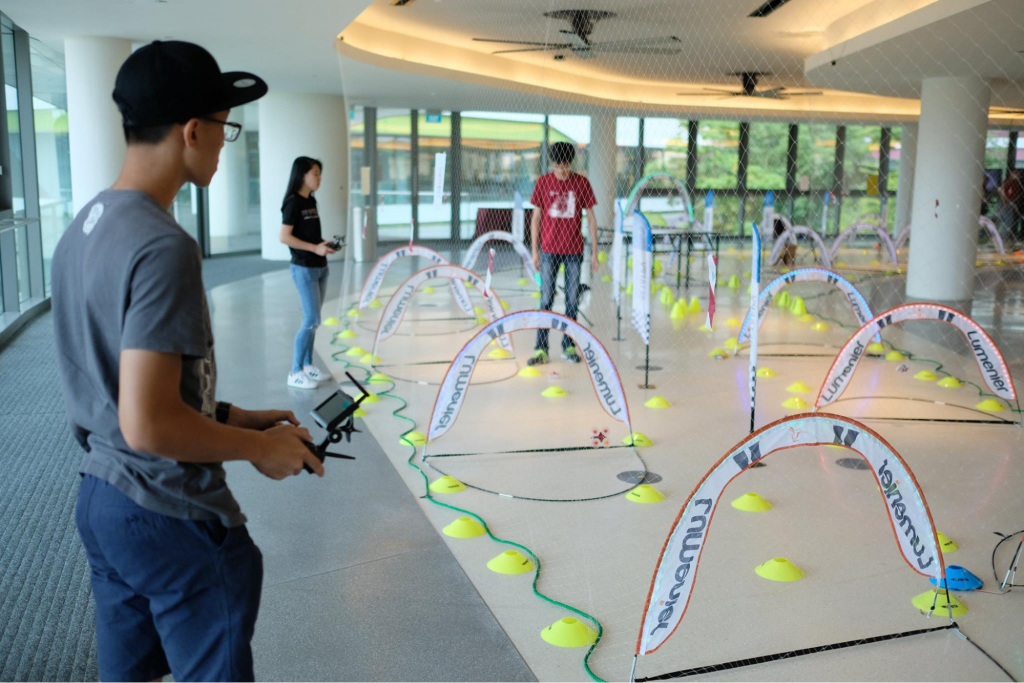 The Multi-Rotor Society put together a drone race course, where participants won prizes for completing a fast lap. 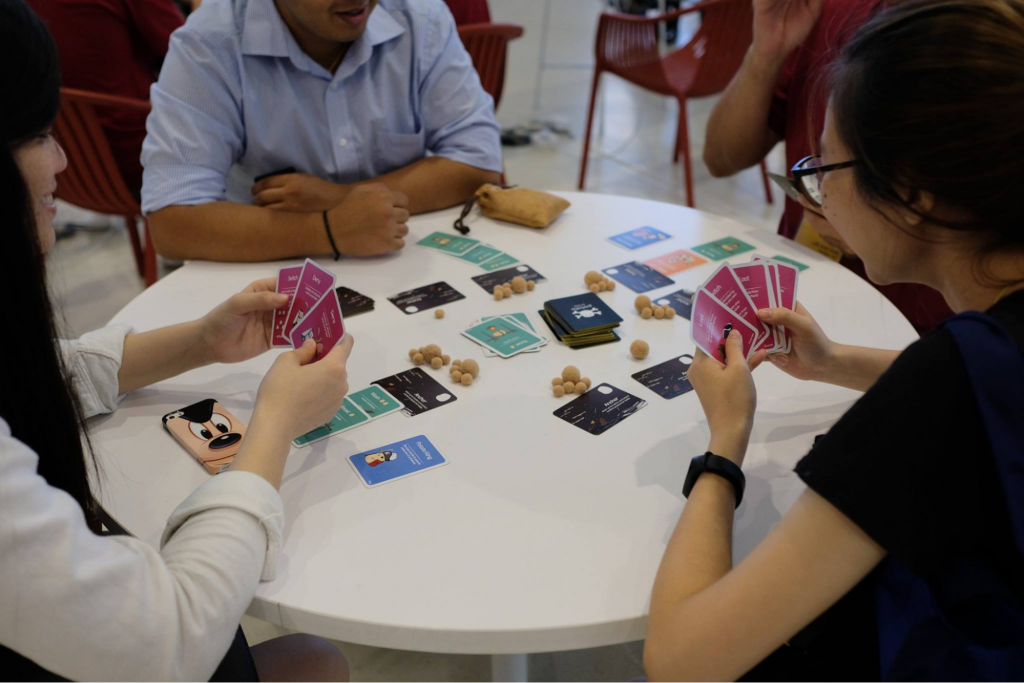 Attendees playing Potato Pirates, a card game created by SUTD alumni that teaches players programming concepts in a fun and entertaining way. The game raised over S$250,000 on Kickstarter and was funded within 10 hours. 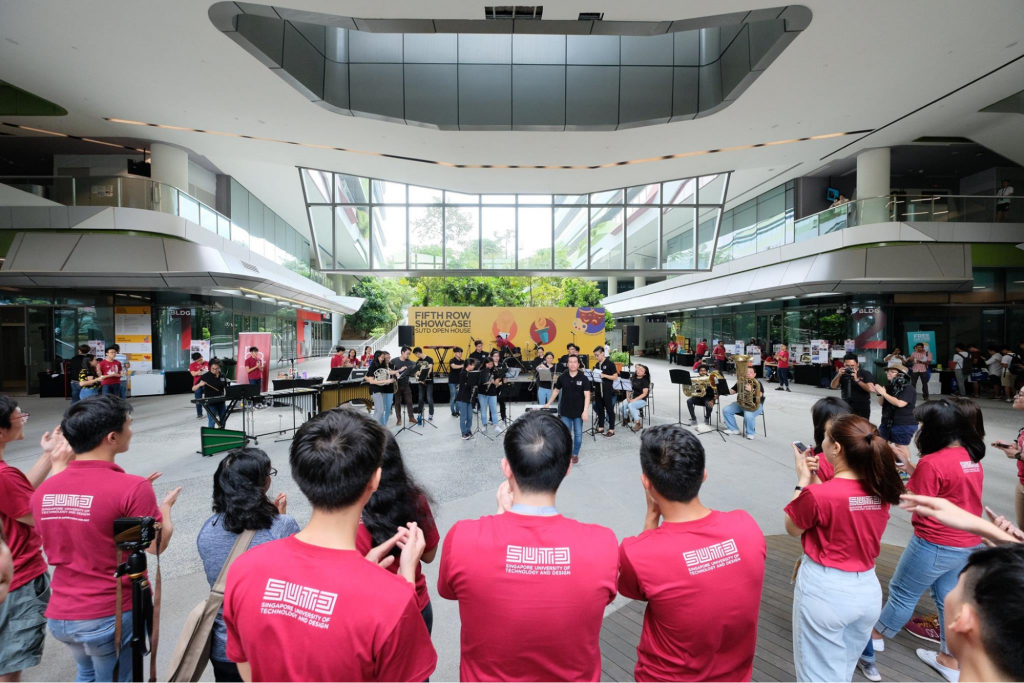 Throughout both days, many of our Fifth Row clubs had performances, showcases, and demonstrations. 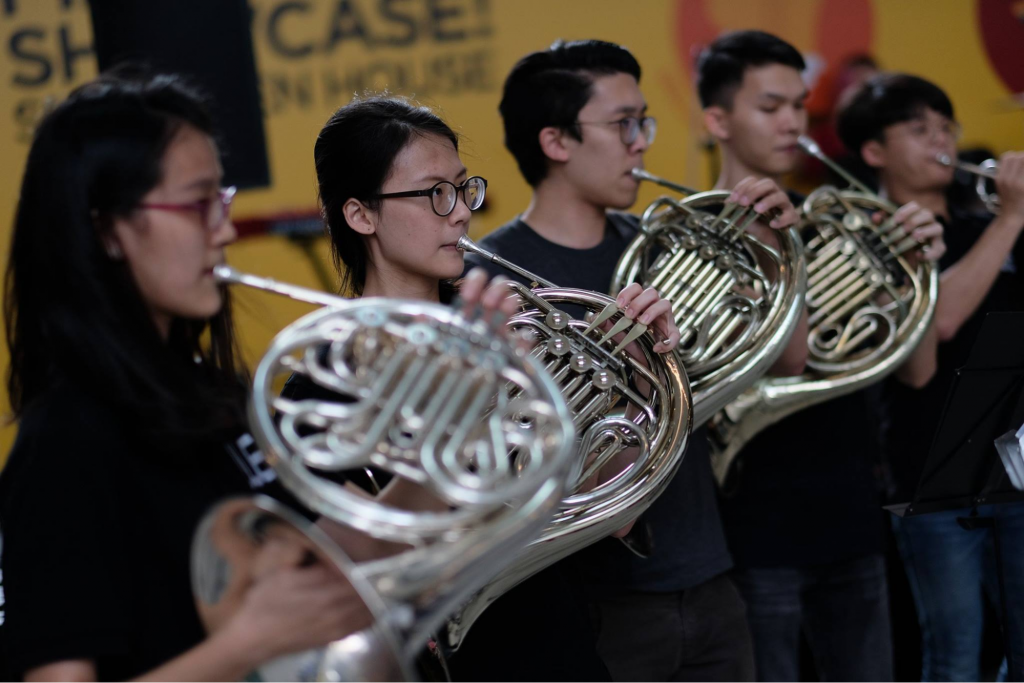 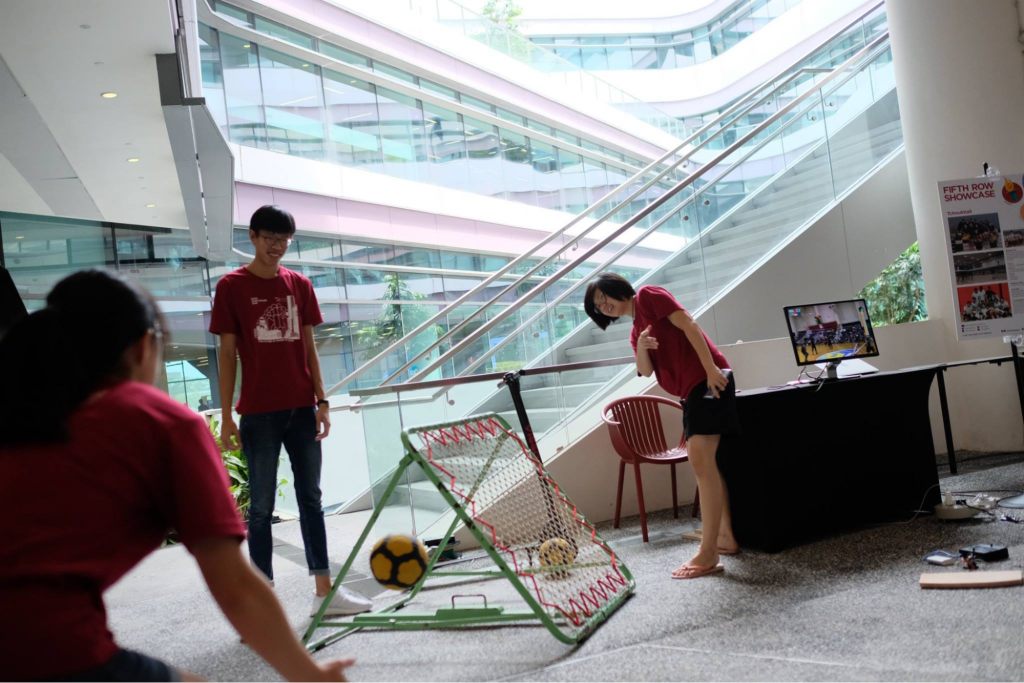 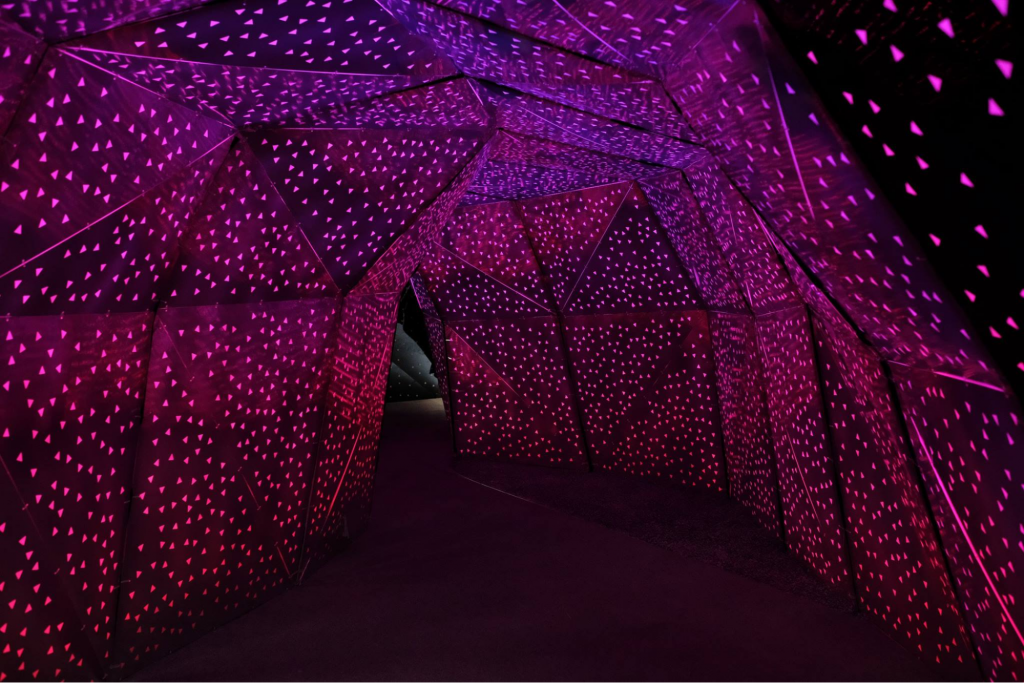 The Praxis+ team brought back the ever popular Phosphene installation, a multi-faceted tunnel that was lit by over 5,000 LEDs.

Thank you for helping the SUTD Open House 2018 be a rousing success. Do remember that the undergraduate application deadline is 12 March 2018 for local Polytechnic Diploma holders, and 19 March 2018 for everyone else. All the best for your applications and we look forward to having you back as a SUTD student!