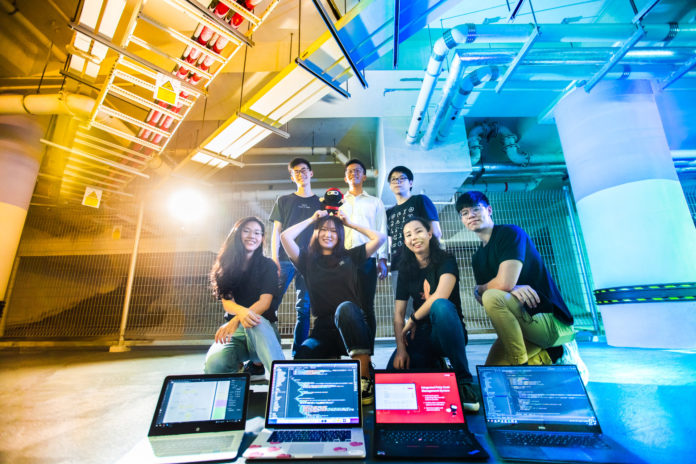 “Sometimes he’ll look in the mirror and go ‘what am I doing here’,” Grace reveals as the group bursts into a bout of laughter. Not naming names here, but we know that’s definitely Aaron (oops!). “He sings opera while coding too,” she continues. “A beautiful rendition of Les Misérables,” Jun Hern adds with a chuckle. 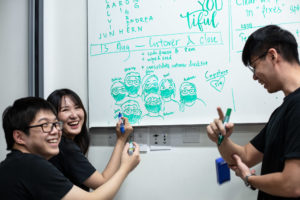 “And it’s funny how attached we are to the project,” Grace recounts, “even when we take a break and get some Gong Cha, someone will somehow start talking about it again!”

Well Grace, that’s what dedication and passion looks like. And it was indeed this fiery passion which propelled the team to complete one of the most ambitious Capstone projects yet. 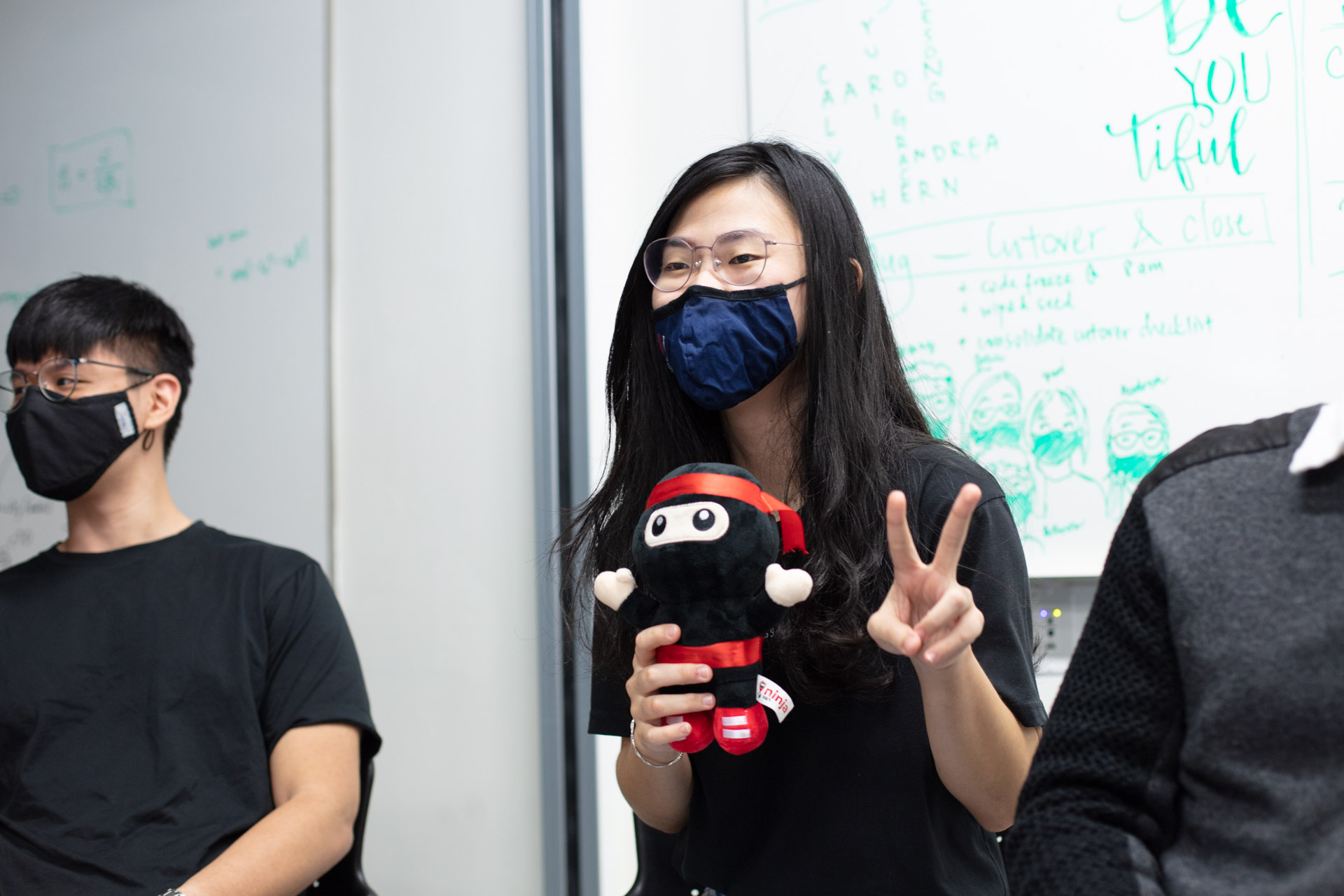 From industry mentor to industry client
Our effervescent team of seven Engineering Systems and Design (ESD) and Computer Science and Design (CSD) students didn’t start with a concrete idea in mind. But they had a goal. They wanted to do something meaningful; something their industry partner could deploy. They wanted to take on a real-world project.

Their industry mentor Ninja Van (where Grace used to intern) was on board with the idea. But finding a topic to work on wasn’t easy. 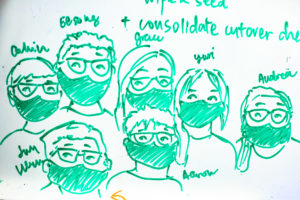 “We definitely had to consider both Ninja Van’s business needs and our capstone requirements,” Grace explains, “and that was tricky to navigate at the start!” As such, the team met with various departments – from Finance to HR to Operations – before they finally found a sweet spot. 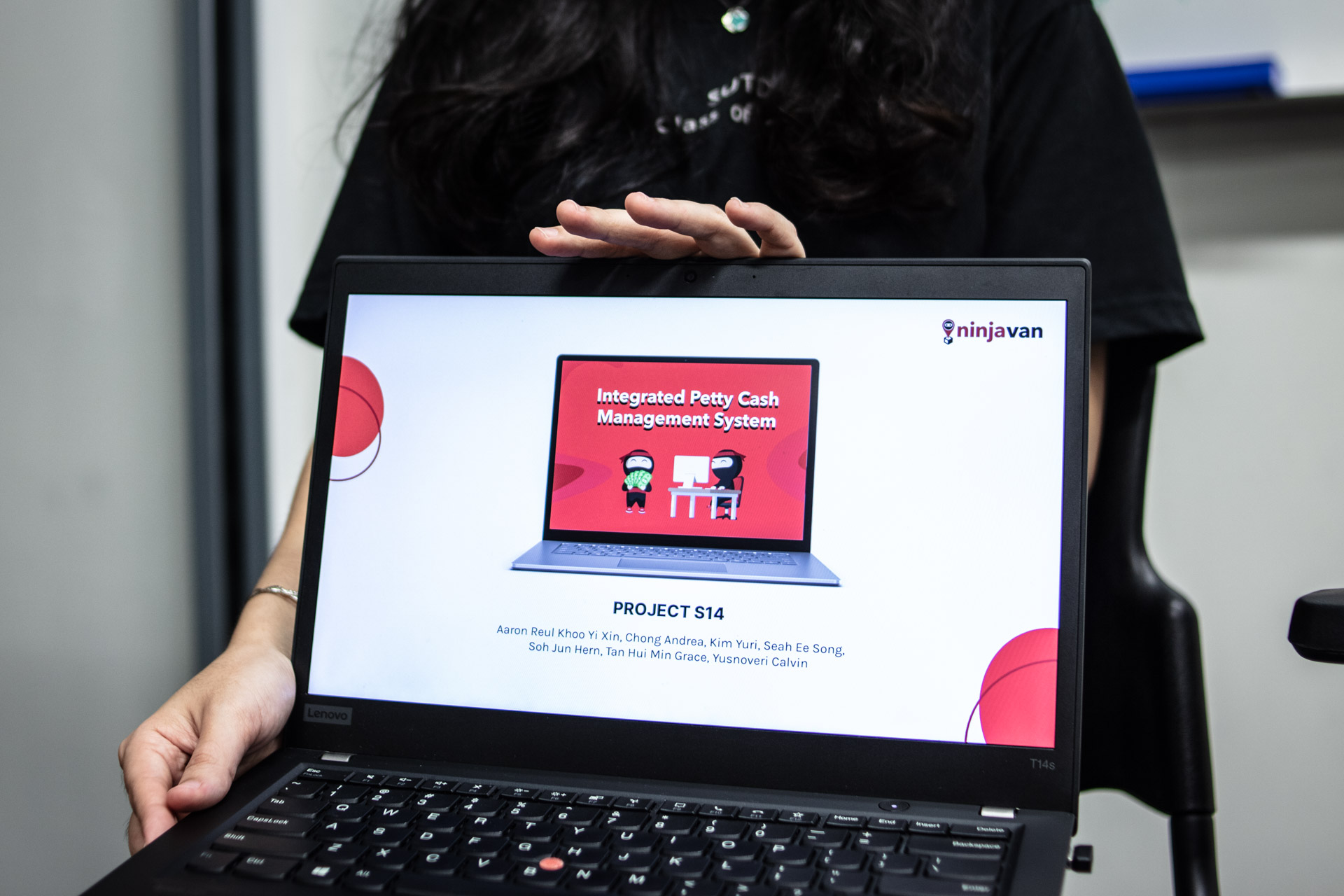 For the unfamiliar, here’s a definition by Investopedia. It’s a small amount of company money, often kept on hand, to pay for minor or incidental expenses such as office supplies or employee reimbursements.

On its own, petty cash management may seem trivial. But when multiplied by the volume of claims and transactions, and the number of people, departments and time involved, it starts adding up. Throw in regional operations, and there’s a situation sizable enough to impact productivity and overall business finances.

That was what Ninja Van was dealing with.

Five different regions, one unified problem
Five of Ninja Van’s regional offices in Singapore, Malaysia, Indonesia, Thailand and the Philippines currently work with petty cash; each with their own way of managing their claims and funds. 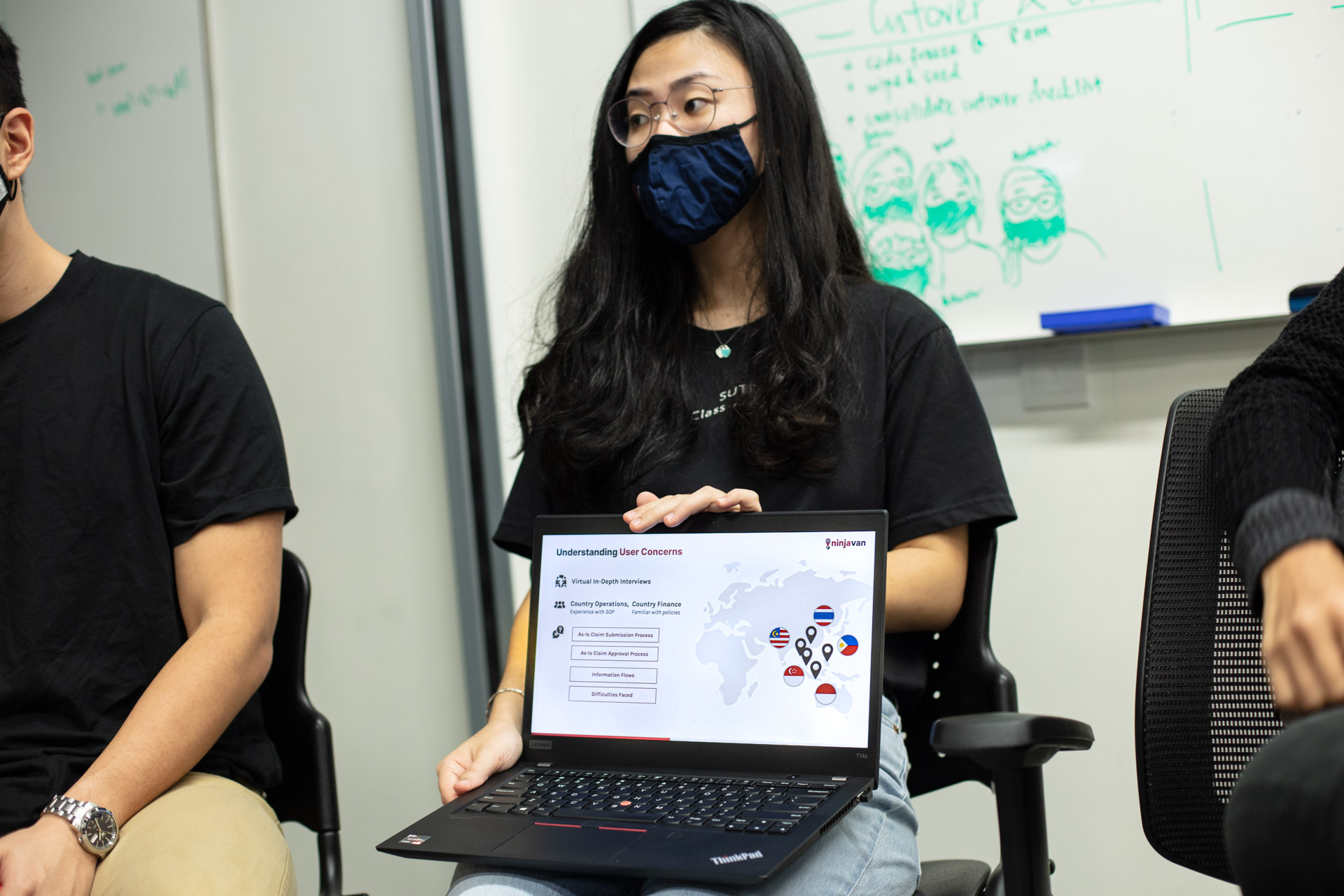 “Some of them do it with Google applications, some with emails, some the old school way of pasting receipts on an A4 paper,” Aaron describes. “And some countries need to provide cash upfront while others reimburse the money later on in the cycle,” Calvin adds. 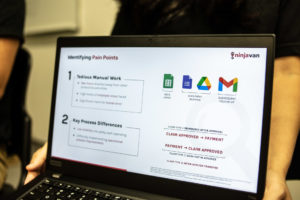 These differences might seem inconsequential at the country level, but for reconciliation at the regional level, it’s a real problem. Consolidation efforts are often tedious and time consuming, and manual methods make them vulnerable to human error.

That’s what makes the PCMS valuable.

“Essentially what we’re trying to do is streamline and standardise the entire claims process,” Jensen outlines, “from submitting to approving (claims), right up to trends and forecasts – we want the PCMS to cover all of that from end-to-end.”

Real-world project, real-world challenges
But before they started working on the system, there were hurdles for the team to clear.

First, there was the issue of standardisation. Since they were working with real employees, unifying their disparate processes meant that certain stakeholders’ workflows would be affected. And that was an intricate problem.

“We had to carefully distil their differences to arrive at a least common denominator so we don’t compromise too much on what everyone is doing now,” Andrea details. With this, Calvin has some sagely advice to offer, “This is the territory of business policy. Code can’t save you there.”

Laughter broke out across the room. 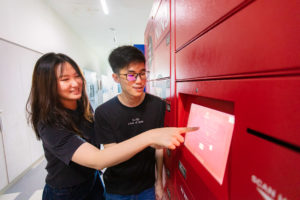 Second, delivering a real-world project meant that the system would have to handle real-world load. In this case, that was to be about 250,000 transactions per month. “We needed to make sure our system was robust and scalable, not something that will crash when several hundred thousands of receipts come in,” Aaron explains, “and that is quite a challenge from the coding perspective.”

Well, these challenges may have been tough, but as SUTD students, they know just what they have to do – roll up their sleeves and get going.

Welcome to the PCMS
The PCMS begins with an intuitive and user-friendly web application: a single point of entry across the board.

For a start, every user is grouped into one of four user groups: Submitter, Approver, Finance and Super User. This allows the system to identify who users are, so they can be accorded with the appropriate access rights. 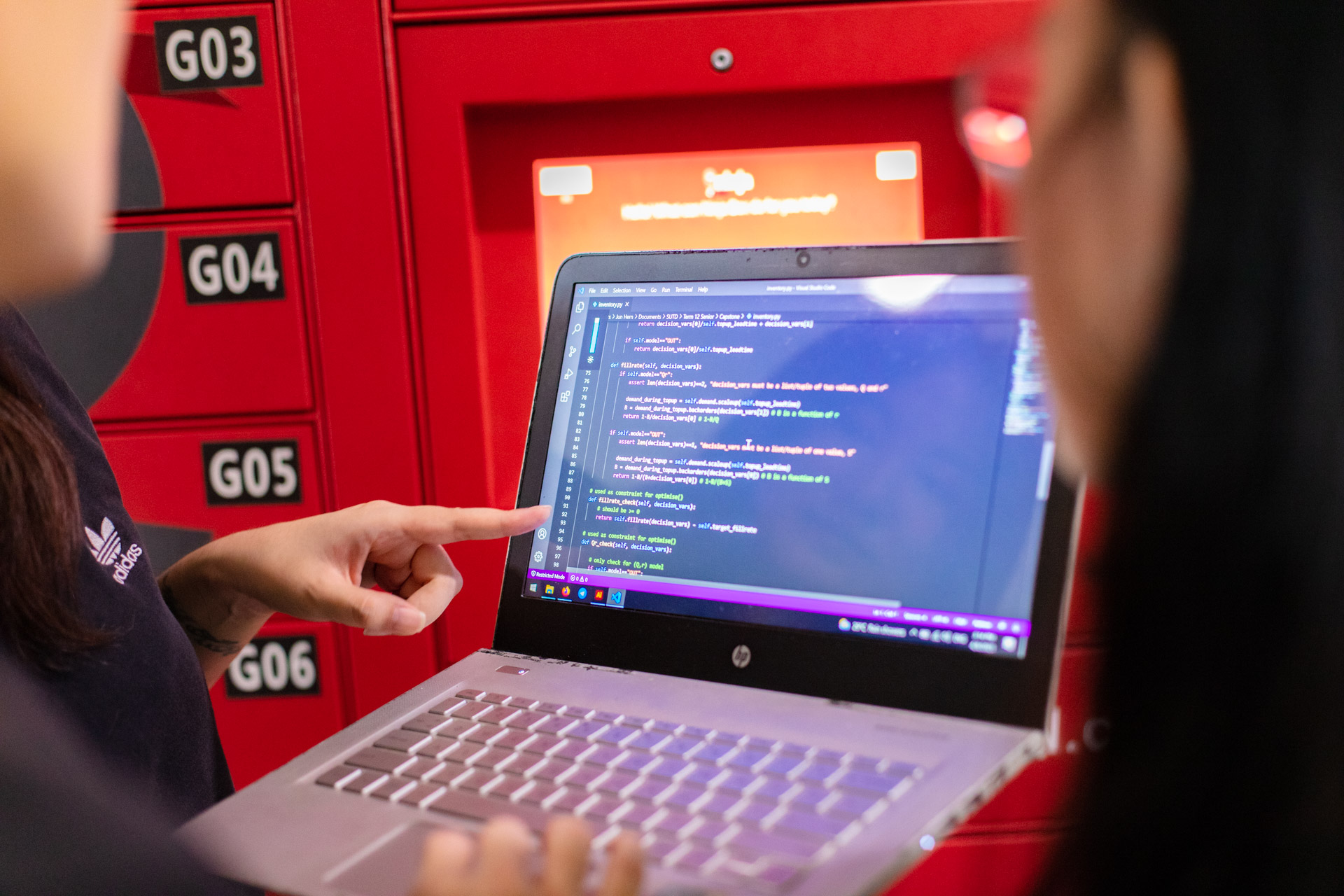 An analytics dashboard is also made available to certain user groups to access information like trends, forecasts and recommendations; nicely aggregated by mathematical algorithms working in the background. 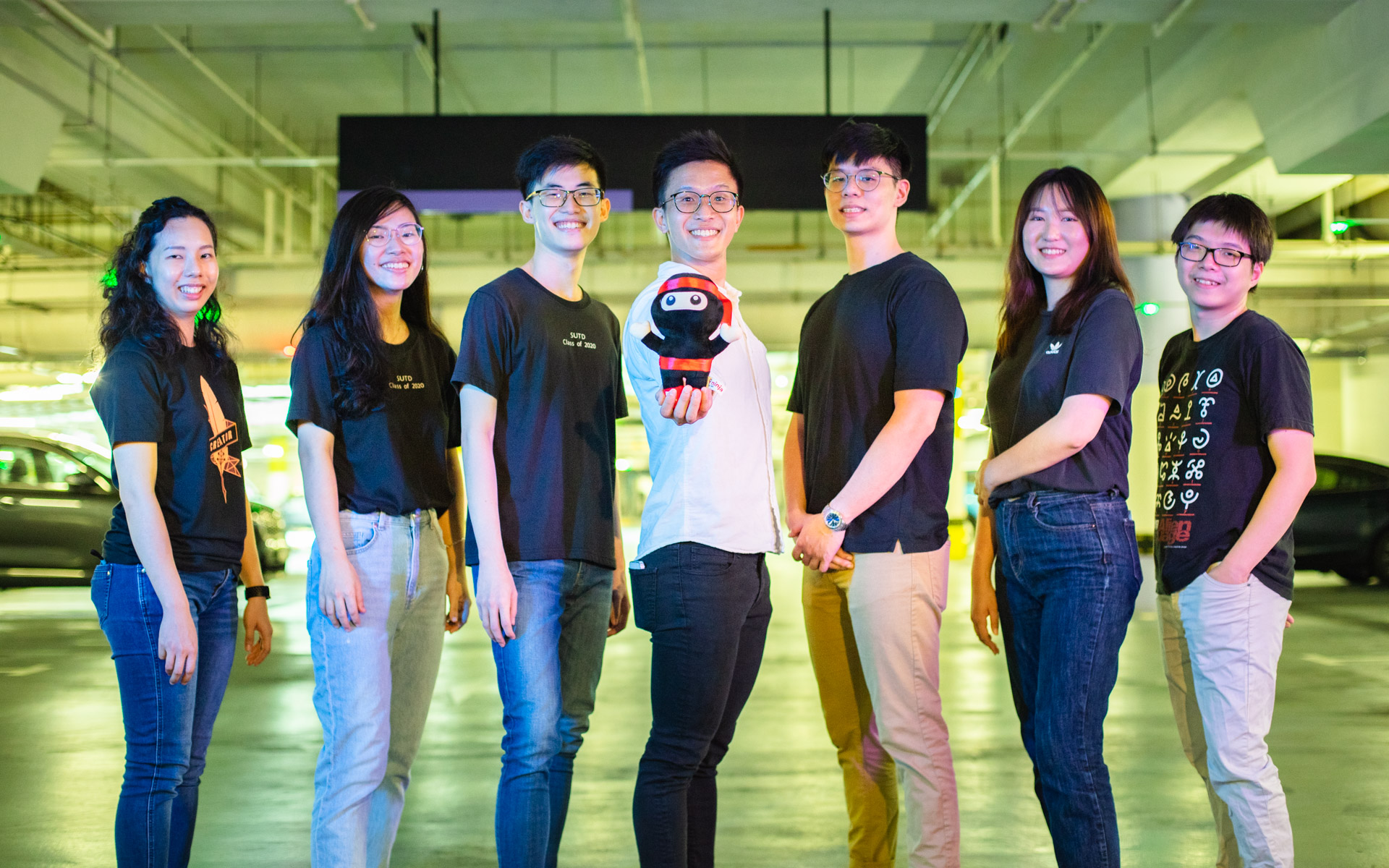 Under the hood: A systematic data playground
The real magic, however, lies beyond this deceivingly intuitive interface. Behind that user-friendly screen is a highly organised and structured data pipeline — one designed based on the claims process the team painstakingly unified.

Put simply, each submitted claim has a pre-programmed pathway to follow, depending on what actions are necessitated, and which user group and region it comes from.

These paths are governed by what Calvin calls an “abstract concept of policy”; policies that give the system “flexible and granular control over the rules that apply to the different user groups and locations.”

The policies are designed to be both rigid and flexible – rigid enough to ensure that all claims go through the same approval or rejection pathways; yet flexible enough to still retain some level of autonomy for employees in different regions to modify, based on their approval chains and specific needs.

Tests, tests, and even more tests
With the system realised, most Capstone teams might start to wrap up their work at this point – but not this team. To ensure that their system was truly user-friendly, more tests had to be done. In particular, the team went about conducting usability tests (UT) and user acceptance testing (UAT).

UTs allowed the team to evaluate their system through in-depth one-to-one sessions with users during the developmental stage – a pivotal step in creating intentional, human-centric designs.

“During the session, we’ll ask questions like ‘how would you do this’, ‘how would you go from there’ to see if they can intuitively know where to click and what’s going on,” Andrea explains, “and we did this with 18 individuals from two countries.” 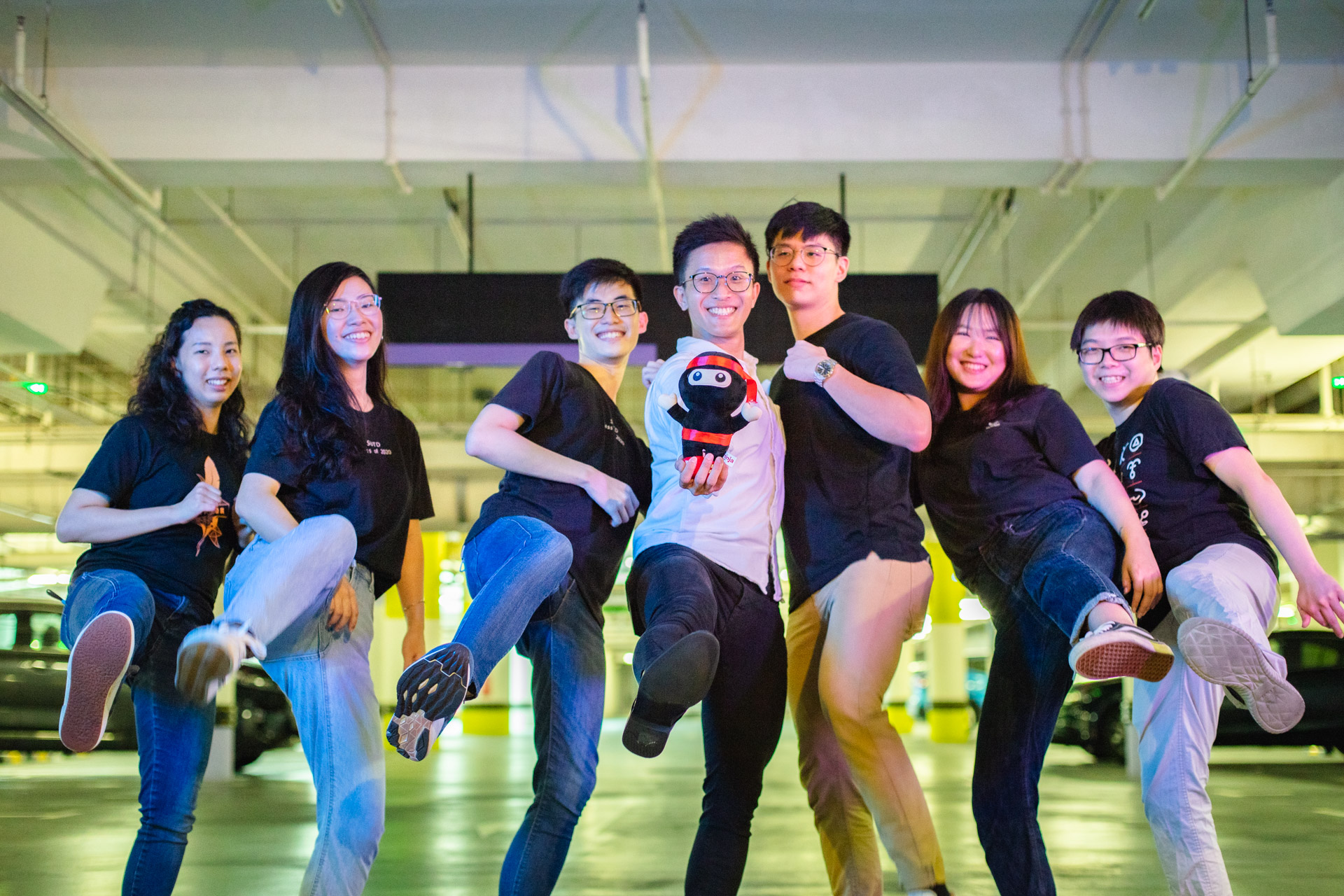 UAT, on the other hand, ensured that the actual system worked as intended. It marked the final stage of the development cycle. “Technically we could do this ourselves, but we decided to let the users test it on their end to make sure that our design works with their systems,” Jun Hern illustrates.

“For our UAT, we got 56 users from all five countries to test the system.”

When asked about how they were feeling, having finally completed this massive project on such a good note, Andrea answers with a cool “sounds good” before laughter fills the room. 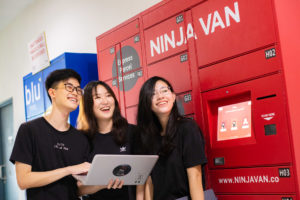 Aaron continues, “She’s really supportive of us. It’s not easy getting all these people from overseas to work with us, from the initial interviews to the UTs and UATs later on. It’s a lot of coordinating work that she has to do. So it’s not just the hours we put in, but also the time on their side.

Being able to get so much feedback from actual users and incorporating them into our final system is one of the big things that make our Capstone unique as well.”

“In fact, we have this running joke about our front-end females and back-end boys,” she relates with a laugh, “where the front-end females, which somehow includes Aaron (chuckles), work on components like the interface while the back-end boys work on things under the hood, like the systems logic and development.”

She continues, “Because of the scale of the project, we had to do a lot of things outside the boundary of a regular Capstone, so it was like ‘go go go’ most of the time. It was tough for everyone but I think working together, we did a good job lah.”

The team smiles and responds with a tiny round of applause.

The ninjas behind the Ninja (Van)
Moving forward, Ninja Van has plans to pilot the system in two of its five regions. “It’s going to be a staged release,” Jun Hern updates.

So, if you happen to work for Ninja Van in the future, and you come across this system that makes petty cash claims such a breeze; remember – you’ve read about the folks behind it right here. 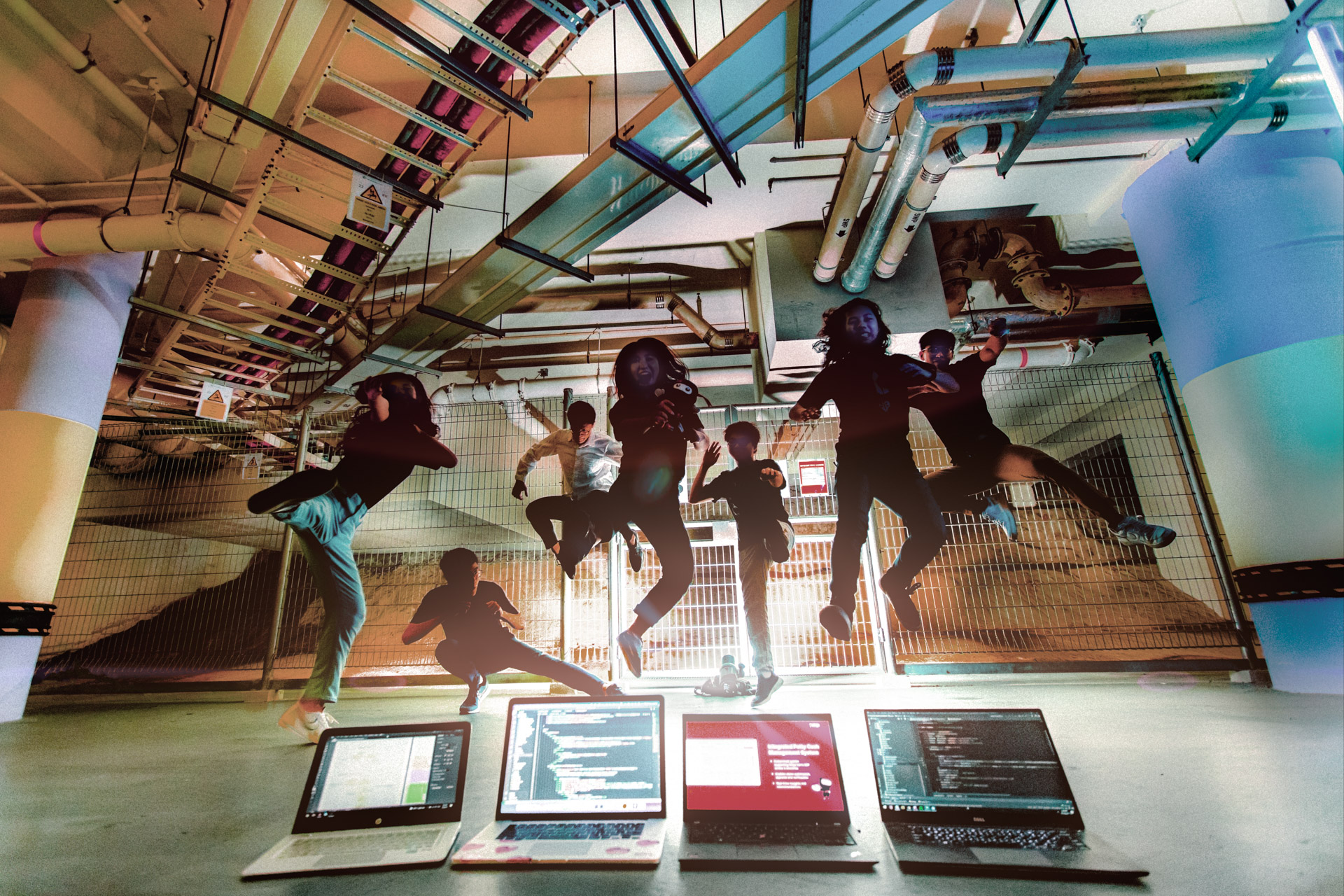 Like what you just read?
To experience more SUTD innovations like the Integrated Petty Cash Management System, visit our Open House on 18 and 19 Feb, and visit our website https://openhouse.sutd.edu.sg/.