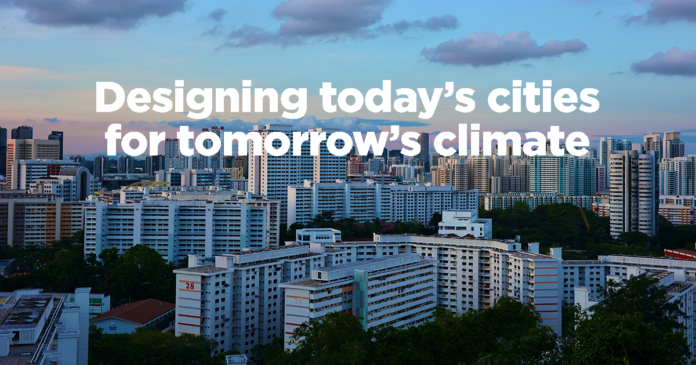 With its gleaming skyline, lush greenery and iconic public housing blocks, Singapore’s cityscape has certainly made its mark on the global map. True enough, the Little Red Dot was named in 2019 as Asia’s most beautiful city. But there’s more to Singapore than meets the eye.

For the past three years, the city-state has topped the annual Smart City Index released by Swiss business school Institute of Management Development (IMD) in partnership with the Singapore University of Technology and Design (SUTD). The index ranks cities according to economic and technological indicators, such as the provision of technological services across areas like health and safety, mobility and governance.

While these rankings bode well for Singapore, the ongoing climate crisis poses a growing threat to the millions of people who call it home. With temperatures increasing by around 0.25°C per decade, the island is heating up twice as fast as the rest of the world. By 2100, sweltering temperatures of 35-37°C could be the norm, compromising the Republic’s livability.

Recognising these challenges, this year’s World Cities Day is focused on achieving climate resilience for better cities and better lives. As cities are a key sector in SUTD’s growth plan, we highlight the efforts of two researchers reimagining what Singapore—and other cities around the world—may look like in the future.

Taking inspiration from termites
When it comes to designing climate-resilient buildings, it turns out that termites may know a thing or two. Composed of a seemingly unappetising mixture of termite saliva, dung and clay, the mounds that termites call home contain an intricate series of tunnels that allow external air to flow in and out, keeping the interiors well-ventilated. 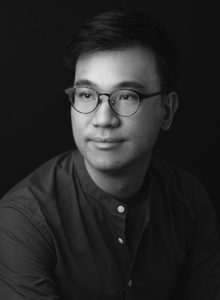 “What happens in these termite mounds is called stack ventilation, or ventilation that occurs due to a temperature and pressure difference,” explained Dr Zheng Kai, Faculty Fellow at the Architecture and Sustainable Design Pillar at SUTD. “If the air on the ceiling is hot, and the air on the floor is cold, that induces wind flow due to the differential pressure.”

Though termite mound-inspired buildings have been designed in places like the Eastgate building in Zimbabwe, Dr Zheng noted that stack ventilation could be hard to replicate in Singapore. “We don’t have that drastic temperature difference between night and day, and stack ventilation typically works only when you have very tall ceiling heights,” he added.

However, the Housing & Development Board (HDB) public housing flats could be the key. In an ongoing project under the Good Design Research Initiative funded by Design Singapore, Dr. Zheng and his collaborators turned to an even unlikelier source of inspiration, more so than termites: the humble HDB rubbish chute.

In older HDBs, the rubbish chute is a hollow channel connected to every single unit on every floor—essentially acting as a ventilation shaft. “When the weather is really hot and you open your rubbish chute, there’s actually quite good wind flow,” noted Dr Zheng.

By incorporating similar, but more intricately designed, channels into buildings, units could have clean, natural ventilation and good wind flow—no energy-guzzling air conditioners required. Though the project is in its early days yet, the design principles behind termite mounds and rubbish chutes could someday give rise to the next generation of passively cooled buildings in Singapore.

From cities to citizens
While Dr Zheng’s ongoing work shines a spotlight on how infrastructure could be made climate-resilient, Dr Harvey Neo, Senior Fellow at SUTD’s Lee Kuan Yew Centre for Innovative Cities (LKYCIC) believes that the denizens of these cities and buildings should be resilient, too. 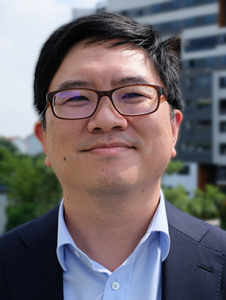 “Building climate-resilient cities is a never-ending process and citizens’ buy-in to this process is imperative,” explained Dr Neo. By engaging in citizen-centric urban science powered by big data, he hopes to strengthen the commitment of citizens in their journey towards climate resiliency.

Dr Neo is also developing a similar citizen-centric urban sustainability research programme at LKYCIC intended to identify the behavioural practices of citizens when consuming key resources such as food, energy and water and even when interacting with local flora and fauna.

“The programme also looks at how policy and behavioural interventions can reshape consumption practices to become more sustainable, such as making better food choices amongst young adults,” he explained. “Our ongoing research also explores how meaningful and sustainable human-wildlife relations can be cultivated in Singapore.”

“SUTD is well-placed to enable sustainable and resilient urban development,” concluded Dr. Neo.  “We have the means to establish both the hardware—or the physical infrastructure and urban technologies—as well as the software—or the policy and behavioural interventions to ensure the hardware is utilise—needed to make such developments a reality.”