My First Day on the CTBUH Congress, I found myself to be the youngest person in the whole conference.

It was an amazing experience to be able to share the same floor with many of the most well known architectural and structural firms, infrastructure and developers in the world. From 3mix to BIG, Leslie E. Robertson Associates, Otis, to Think Wood, NeWay Capital to Sun Hung Kai Properties. It was amazing to see how people interact and discuss their projects and aspirations. The breakfast was sponsored by Le Messurier. I also took the chance to officialise my presence by taking a photo in their photo stand.

The first event of the morning was the 50 Back: Urban Revolutions, it was opened by the CTBUH chairman Steve Watts of alinea Consulting. The plenary speakers were Joe Berridge of Urban Strategies inc., Eleanor Gorski of the City of Chicago, and Gordon Gill of Adrian Smith + Gordon Gill Architects they were introduced by CTBUH CEO, Antony Wood of Illinois Institute of Technology.

Joe Berridge questions what are the drivers of a modern metropolis, he started by showing us how the urban population of the world has spread and shifted its centre of gravity from the west to the east. He quoted the famously coined term by Richard Florida that “the world is getting spiky” a notion that suggests that more areas of the world get denser and higher.

He further discussed other key drivers that he believes is important. Some of those that caught my eyes are the idea that education and public spaces, as well as immigration policy, are the drivers of a modern metropolis.

Joe described first rank education by quoting EDB Singapore chairman ‘what we do have is brains’ during the initiative on creating Biopolis. As someone who is studying in Singapore as a foreigner. I do strongly believe Singapore has one of the best education systems in the world. Another example he quoted was the Toronto MaRs Discovery District and Cornell Science City which he summarised by ‘Turning brains into Business’.

Public spaces topic was also brought up and he quoted the old saying ‘ peace, order, and good government’ in which he strongly believe that is essential to a modern metropolis. He reminded us of how public and open spaces, especially libraries has really strong power. With the new technology that encroaching our life, we often forget that libraries exist. And as designers, we should remember its power. Toronto and Chicago public libraries were brought up as an example.

Good immigration policy is also a great driver as the ageing population and decreasing birth rate, the only way for a city to not only grow but to sustain is migrants. He brought up that close to half of Toronoro is migrants and for the past years, the city has been expanding while standing strong as one of the most liveable cities.

Joe continued and concluded with showing us the 9 pointers that he discussed on his presentation.

As a newcomer in Chicago, it is a delight for me to understand how the city works. How the inequality sits and how the government-driven future development would be. it is very interesting, especially because her presentation shows how the government has the power to build a better community also how a decision could cause a domino effect.

She presented the policies that were applied in the 1950s when First National Plaza (now Chase Tower) and many more that encourage open or public areas and in return developers get more GFA. As this was the beginning when technology could achieve greater heights, the move seems to make sense to keep the lower area to be active. However, this caused the mess on the lower public area level where inconsistent setbacks are apparent.

She then moved on to explain what the Now is and what will the future be. With the economic development and the change in demographics, Chicago skyline reflects the development of the city itself. The sprawling downtown gets wider and wider. She suggested that it is a part of the city’s policy to include more smaller businesses and to create more opportunities for more people. She further noted that the new set of policies that the city employs is made to preserve the most noteworthy skyscrapers while giving a new legacy to Chicago city.

She explained that an equitable future may be achieved through the reformative planning and reactivation of neglected areas in Chicago, including an expansion of Downtown and GFA bonus policy. In the end, the take away that she hoped the audience get was that Chicago could be an exemplary large city model for a more equitable and better health and economic outcomes for all citizens, learning from history and made it better.

Gordon Gill addressed the audience on the topic of reality and the virtual. It covers their attempts to use the parametric tool to interrogate existing typology and to see what could be done to have a better sustainable future.

Gordon Gill first showed us a research software that shows Chicago current buildings and how a programmatic change of a building from single-use to multi-use could result in a great reduction of power and energy. In the past single-use skyscraper is the most common typology due to the big-name clients and developer sentiments, however now more than ever, skyscrapers have been mixed-used ie. residential-office tower, hotel-hospitality tower, etc. AS+GG research outcome shows that a mix of residential and office would mean better energy use points than a single-use office.

AS+GG then talked about architects of the future should create a building that will be able to be adapted for the future. They showed their work on Dubai Expo of how their work is supposed to be able to adapt to the future usage of the expo, creating a sustainable urban habitat than a one-off architecture piece.

The session then is concluded by Antony and he directed us to the coffee break to our track of choice.

The coffee break was sponsored by Hongkong Land the food was pretty amusing some fruits on sticks and granola bars, the drinks are served from Starbucks coffee. It was quite a nice break. Similar to the breakfast many people started to interact and exchange cards. I spotted Leslie Robertson on the floor, but I failed to get a photo with him.

I chose this track because I am from Asia and I see that I often wonder how the westerners see Asia and how they actually could collaborate. The panels were: Richard Lee of C Y Lee & Partners, Taipei, Ro Shroff of 3Mix, Seattle, and Prof Yu Ye (substituted by his student) from Tongji University. The presenter was very well versed on the topic which led to an engaging discussion.

Mr Richard Lee presented on the Aesthetics of Chinese Tall Buildings he interrogates the connection between the design of Chinese buildings and the significance of the Chinese culture. He firstly quoted Mou Tsung San, a Chinese New Confucian philosopher “Any Great People must have their own Aesthetic”, which was connected to the quote “Any Great People must have a Great Architecture”.

He then showed us how things have changed, where now the East adopts more of the West in the past, and the West is doing what people in the East was doing in the past.

It is amazing to see this comparison as our mind is opened on how the human condition has changed. How globalisation causes cultural shifts and norm changes. He then showed us how the Chinese culture has empowered architecture in the eastern world, creating more meaning on architecture than the west could alone.

At the end he showed us what are the important pointers of both worlds of architecture according to him, which are:

Ro Shroff Discussed on how his firm’s work took up the challenge to do a historic preservation effort while pushing for economic development. The project consists of a design mandate which was to reconcile and restore 90% of the current historic site, while still leveraging on the development opportunity.

The firm chose to create an underground mall that serves as a retail centre and parking, closed by a lid where the city is being rebuilt. The decision thus forced 3Mix to do large scale documentation and relocation of the site. They utilised huge machinery that could move one whole structure of the house.

However, the challenge was not only that, during the construction one of the towers of the original design has to be removed due to the government decision, this made a huge loss of opportunity for the developer. As a foreign firm, he showed us the concerns of how the uncertainty of a foreign land could affect a design. This is a good learning point for any architects who would like to work in a foreign land.

Lastly, the research by Tongji University was presented. The research is one of the CTBUH research which entails the possible activation of lower public space in-between tall buildings. 3 cities that were interrogated on the research were: Shanghai, Hong Kong and Singapore. It was an interesting discussion where the researchers used new technology such as Virtual Reality to simulate experiences and biometric sensors to track the participants feeling.

The research discussed that from the virtual reality experience, we can see that there is an optimal point on where human felt comfortable. The subjects discussed were: Street Levels, Scale, Elements, Greeneries, and Spatial Typology. One of the results that caught my eye is when a wider street buffer does not always mean better.

The study further employs real participant to the street to experience the area. Which at the end concluded Singapore has the best quality of lower ground public areas (Yeay!).

This first track discussion was really interesting and I learnt a lot. Here I made some connections with Luca, an architect from Seattle and his wife, also the finalist of CTBUH 2019 student competition Vika from Atmajaya University, Indonesia. 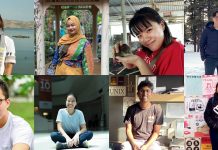 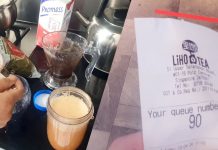 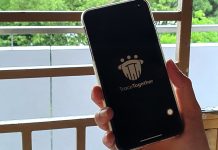 Fighting COVID-19 with tech and design