With the changing climate affecting water resources availability, water management and climate change should be tackled in tandem, according to SUTD researchers.

Whether it is flash floods in Singapore or forest fires in Australia, climate change is increasingly disrupting the water cycle and putting a strain on our water resources. In response, water research and policy have also grown more interdisciplinary.

From desalination batteries and low-energy treatment technologies to adaptive water and power supply systems, researchers from the Singapore University of Technology and Design (SUTD) are coupling water and energy issues to develop sustainable water management strategies.

As the nation celebrates Singapore International Water Week from 21 June to 2 July 2021, we delve into some of the innovative solutions they’ve been working on.

Turning the sea into a desalination battery
Desalination may be one of four key water taps in Singapore, but the process of removing salt from seawater to produce potable water is extremely energy-intensive, said Associate Professor Hui Ying Yang (right), a materials science researcher at SUTD. 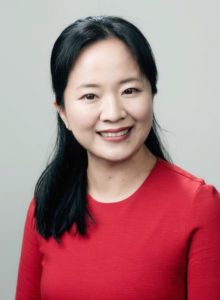 Currently, Singapore uses reverse osmosis for its desalination, which takes about 3.5kWh/m3 of energy to make seawater drinkable.

To reduce the energy requirements for desalination, Yang’s team is working on a new technology known as desalination batteries. By placing special electrodes that have the ability to undergo chemical reactions with salt ions in seawater, the researchers are able to remove the sodium and chloride ions. This decreases the amount of salt in the water while simultaneously storing energy, making it act as a battery.

“No one-size-fits-all solution exists to solve the problems of water security and energy concurrently, but the desalination battery comes close,” explained Yang.

With their background in materials science, Yang’s team is one of few pioneering groups worldwide in this emerging field. Through the use of nanomaterials, they hope to further speed up the ion removal process and increase the efficiency of the battery.

The desalinators, which require little infrastructure to set up, can then be placed around Singapore as a distributed water network system—storing energy that powers our electricity demands.

One of her most recent projects involves developing low-energy ways to remove boron, a substance that can be unhealthy when consumed in large amounts, from seawater. In Singapore, the standard for boron in drinking water is 0.05 parts per million, about 10 times more stringent than World Health Organisation guidelines.

The team is looking into a graphene-based material with an active absorption site that specifically removes boron from water. Aside from being more effective, this technology also requires less energy, and the material can be regenerated after chemical treatment.

“Moving forward, researchers need to target not only water treatment technologies, but also look at the cost and energy involved in production,” concluded Yang. “The most holistic solutions solve both the water and energy issues together and reduce carbon emissions.” 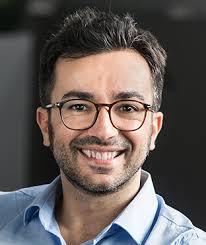 “Across the world, water agencies use a lot of energy to treat water and distribute it throughout cities,” he said. “Now, several agencies have policies in place to lower energy consumption and carbon emissions.”

One way to develop more energy-efficient water systems is through the use of smart meters, Galelli explained. These devices monitor and log our water usage habits throughout the day, automatically transmitting our consumption data to water agencies. This in turn allows them to plan for and manage our water supply in a more adaptive way.

“If you know people are less likely to use water at certain times of the day, then you can decrease the amount of water you treat and pump into the system,” Galelli said.

Galelli’s team of researchers under the Resilient Water Systems Group is currently collaborating with scientists in Europe to develop smart computer systems that can help water agencies adjust water supply to meet expected demand and reduce their energy consumption.

Such an integrated approach to water and energy management is also important at the regional scale, Galelli added.

With the ASEAN Power Grid set to connect national power supply systems in the coming years—creating a regional market for countries to trade electricity—there is a need for sophisticated mathematical models that reveal the impact of water resources consumption in one country on the energy supply of another, and vice versa.

“For example, Laos is a big exporter of hydroelectricity in the region” said Galelli. “We need to know how droughts or very wet years will affect its capability to sell electricity to other countries so that we can prepare contingency plans and reduce reliance on fossil fuels.”