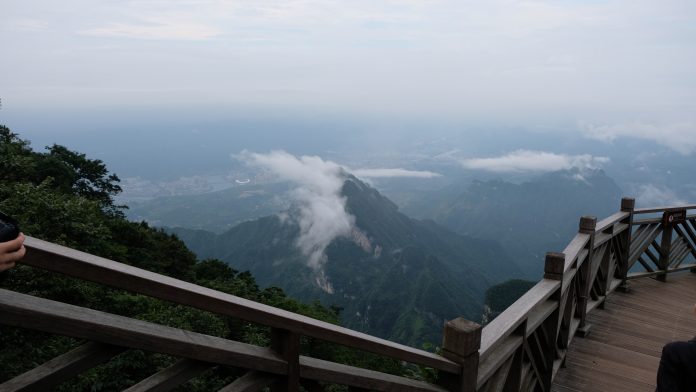 On my last day travelling in Zhang Jia Jie, i journey back to the main town to get to Tian Men Shan which was one of the more famous attractions at Zhang Jia Jie. I took a cable car ride up the mountains and was treated to a spectacle as the town gave way to mountain roads and finally the mountain. This was the world famous Tianmen Shan cable car ride as it was the longest in the world. The whole ride took a whopping 28 minutes to complete and was definitely a treat for the eyes. Even after taking multiple cable car rides in my life, this was definitely one of the most memorable. The peaks of the mountain was slightly covered in fog while the surroundings were totally visible, giving off the impression that I was going someplace high up in the mountain tops.

When i reached the top i proceeded to explore the peak, though as mentioned before it was slightly foggy hence i didn’t get to see much at certain angles along the mountain. But when i circled through the mountains, I saw the town from the top of the mountain and various scenic views around it. I also went to stand on the various glass platforms along the side of the mountains at the top of the peak. I also managed to take a ski cable car ride on the top of Tianmen Shan, being one of the last people for the day to take it as the ride closed shortly after i took it. 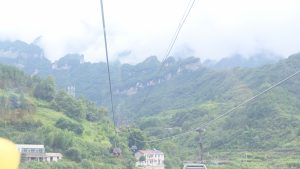 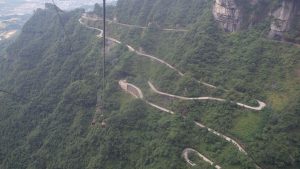 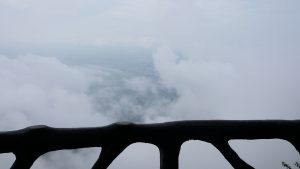 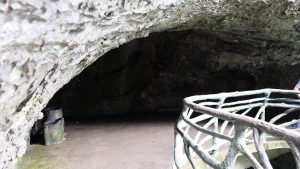 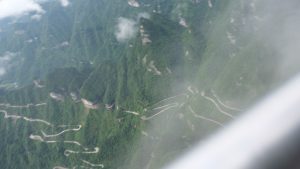 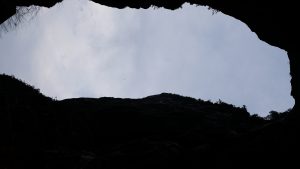 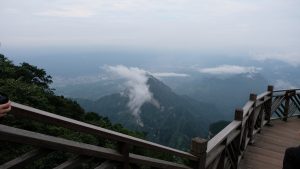 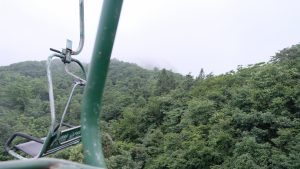 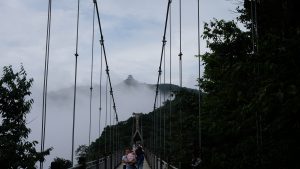 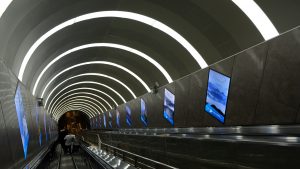 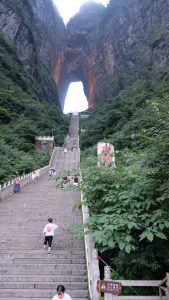 After exploring the top of the mountain and taking the walk down the steps, i proceeded to take a bus ride through the mountain roads. And dare i say the name of 99 bends road was not to be taken lightly. The road was so curvy that i was really surprised at how the driver managed to skillfully corner each of the turns down the mountain. It felt like i was sitting on a roller coaster where every bend was throwing me out of my seat. I held on to the bus for my dear life as the numerous bends finally gave way to a straight road.

At the base of the mountain, i had booked a show about a fox fairy and woodcutter. The show started with a kind of auction for traditional Chinese art before the show began which was kinda interesting. Though the auction felt a little scammy as they said it was free but proceeded to change it to we must pay for the processing fee. Hence it was definitely not a part of the play that i enjoyed. Following the auction the play began. It was an interesting musical where numerous people performed a giant play with different acts. The choir sang along to the whole show and it was quite interesting. Though it was a little pricey considering the amount of people performing in the play i guess it was well worth the money. 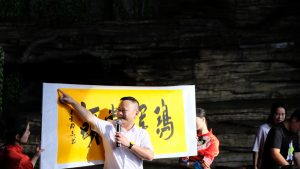 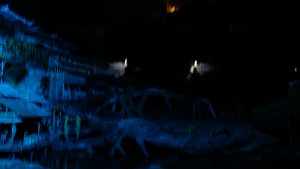 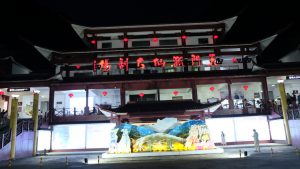