National Taiwan University attracts the brightest of Taiwanese talents and when it comes to course enrolment, it is naturally cut-throat competitive as well. In the first two rounds of subject bidding for the highly limited courses conducted in English, I only managed to enroll in a HASS mapping elective and none for ISTD modules, and this could potentially nullify my exchange semester. But legend has it that all I need is to get my hands on one of these sacred green slips that promises a place in the course. This involved sending multiple emails to plead with the NTU professors and explain that my eligibility for my major’s requirement and the fate of my exchange semester lies entirely in their hands. Thankfully, like all professors, they were kind and understanding and promised their best to make things work.

In the first add-drop week of school, lecture rooms were flooded with students, whose motives didn’t involve the genuine pursuit of higher knowledge but to keep a close eye on that green holy grail, or maybe it was just me. While the first-come-first-serve bidding system for popular HASS courses in SUTD goes by the mantra “you snooze, you lose”, the case-by-case-basis bidding in NTU goes by “sit down, be humble”. Once the time has come for the distribution of green slips, everybody got on their feet and “kiasu-ness” was no longer unique to just Singapore. Fortunately, because these were courses conducted in English, priority was given to exchange post-grad students, and Huan An and I, being undergrads were given an exception. Many are called, but few are chosen. With many students turning green-eyed over my three lucky green slips, I ended my week spent living in fear and uncertainty and promised to give my best for these courses that were so hard to come by.

I couldn’t wait to start hitting the books now that school has started, but Mid-Autumn Festival had to come in the way and ruin my plans. Mid-Autumn Festival in Taiwan has some subtle differences from in Singapore. Firstly, it is a national holiday which came with a long weekend this year. Secondly, I got some confused looks when I told the locals that mid-autumn festival was synonymous with mooncake festival and lantern festival and that I used to carry lanterns as a kid during mid-autumn festival. It was an outlandish idea to them because lantern festival is a separate festival known as ‘元宵节‘ (Yuan Xiao Jie) that happens at the end of the Lunar New Year.

Mid-Autumn Festival was also a get-together for friends and family members here, where the locals would usually head home for a BBQ by the river or roadside, which some claim that it’s not an authentic experience unless you get diarrhea the next day, as well as eat pomelo and mooncakes while spotting Chang’e and her rabbit on the full moon. It was a pity that we did not get the opportunity to experience the holiday like a local on the day itself, but we did get the chance to explore the amazing Tamsui River as a Singaporean family. 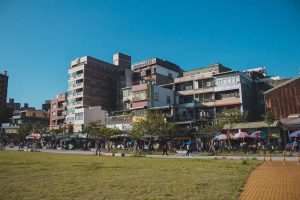 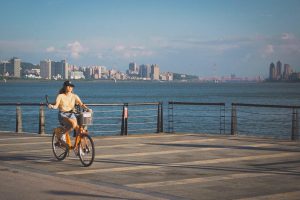 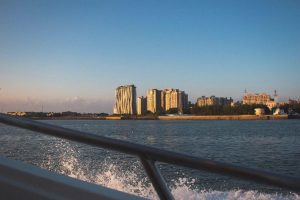 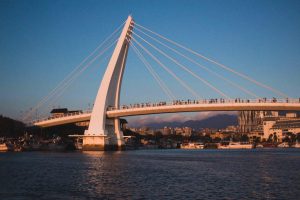 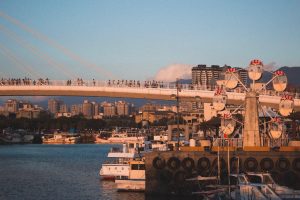 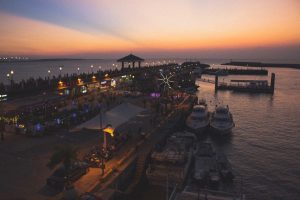