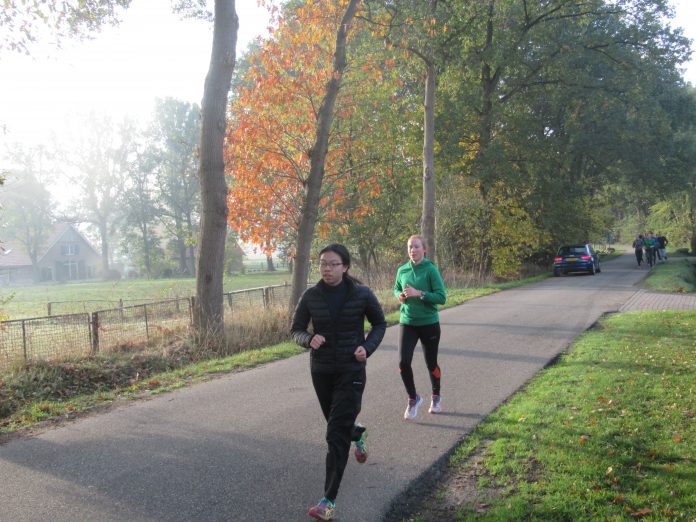 The Association Weekend began in UTwente, we loaded up our belonging on a van. The van drove to the chalet while the rest of us cycled to the location. So we set off on a 1.5 h night cycle to the chalet location. Since the location was quite isolated, the team got lost about 2-3 times and the route was extremely dark. Fortunately we arrived safely in the location. After a quick dinner, the association weekend kicked off! Since the theme for this year’s weekend was Harry Potter, we were divided into the houses and started of the association weekend with a trivia quiz! My team got most answers….wrong but we had loads of fun trying to peek at other team’s answers! HAHAHA The night ended with a quick game of stack cup, before we turned in to get some rest for the day ahead tomorrow.

The next day, we began the day with a quick run. After that the teams faced off with each other in games of volley ball and Quidditch. This was my first time playing Quidditch it was really confusing but it was fun throwing balls at people 😀 Volley ball was quite popular amongst the Dutch students and most of them could play very well so it definitely felt awkward playing with the team because I’m not that great at volley ball and I hardly play it. Fortunately, my team mates were really nice and encouraging, they gave me lots of advice and I managed to finally serve the ball across the net (\o/). Whilst waiting for lunch, some people played soccer, but I decided to check out the cows behind our sleeping quarters. Apparently we were sleeping right in front of some cows which explained why the place constantly smelled of manure. The cows were really cute and we even spotted some cats! :3

After lunch and some hot chocolate we played capture the flag in the forested area near our sleeping quarters. It was really fun and cool running around in an actual forested area in nature instead of a man-made turf, specifically built and designed for play. It was really nice running in the mud, jumping over branches, avoiding puddles and breathing in the fresh air when running.

The night ended with beer and karaoke. Karaoke here is more large-scale than the karaoke nights Im used to in Singapore. The entire team of about 20-30 people would sing along with the person on the mike. The team started off with English songs and ended off with Dutch/German songs.

The next morning after a quick breakfast, we played our very last game! We had to use some soda/drinks, fruits and condiments to make either a very nice drink or a very disgusting drink. The nice drink had more points so only one group made a disgusting drink. After trying out every team’s creation and laughing at people who drank the disgusting drink, the team started cleaning up the sleeping quarters. Once everything was clean and all the beer bottle caps were removed we began our cycle back to UTwente. Since we were cycling in broad daylight, we didnt get lost this time and we ended up back at UTwente quite quickly! Since the area was quite rural the scenery on the cycle back was amazing.

Overall, it was quite a tiring chalet, I never experience a chalet filled with so many activities. I realised a major reason why the organizers could fill the schedule from morning to evening with outdoor sports activities was because it was fall/winter. In 3-5 degrees, we probably wouldn’t suffer from heatstroke playing outdoors in the afternoon, unlike in Singapore. It was a really fun and eye-opening experience and I was very proud of myself for surviving an overnight camp in such a cold weather. 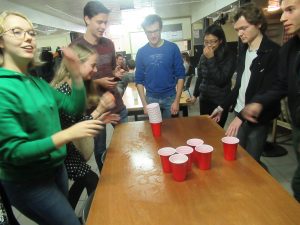 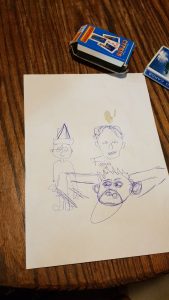 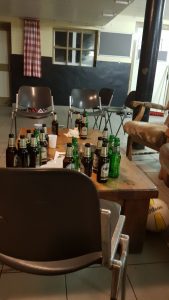 Aftermath of trivia quiz on the first night. 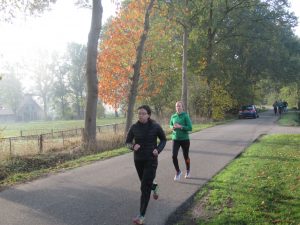 Morning Exercise. Running in 3-5 degree weather actually wasnt that bad it was really refreshing. It felt really comfortable and cosy to run in multiple layers too! 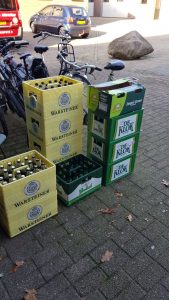 Beer and Radler for the night ahead on day 2. 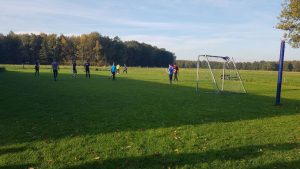 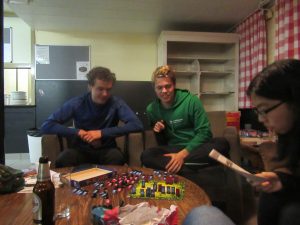 Teammates playing soccer (L) and board games (R) during some downtime in day 2. Board games seem really popular here in the Netherlands. Even though some games are in Dutch you can easily pick them up by observing how people play, and playing board games with Dutch students was probably the easiest and quickest way to make friends at UTwente. Sometimes the games came with English instructions so I could look up any rules if i wasnt sure. 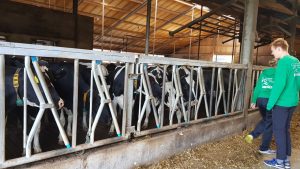 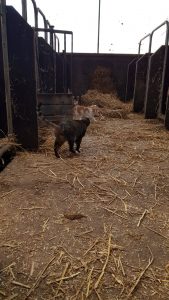 checking out the cow shed behind our sleeping quarters. The cows constantly thought we had food and the cats were really cute but very shy

Playing capture the flag in the woods. It was really refreshing and fun to play in an “un-tamed” space and not a specially designated play area. 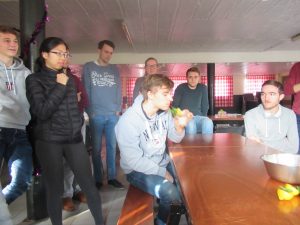 Last activity on day2, one of my team mates tries the disgusting drink. I was clearly questioning his decision. 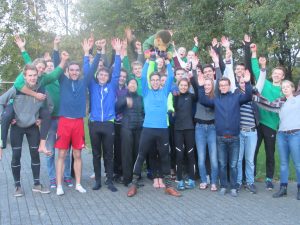 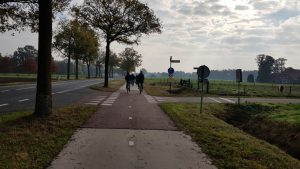 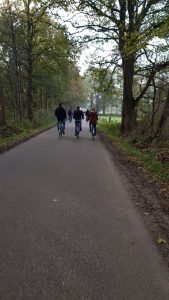 Cycling back to UTwente after the Association Weekend. The dutch are really good at cycling. My team mate managed to pass me a jelly bean to try while on her bike. I was surprised I didn’t crash into her.