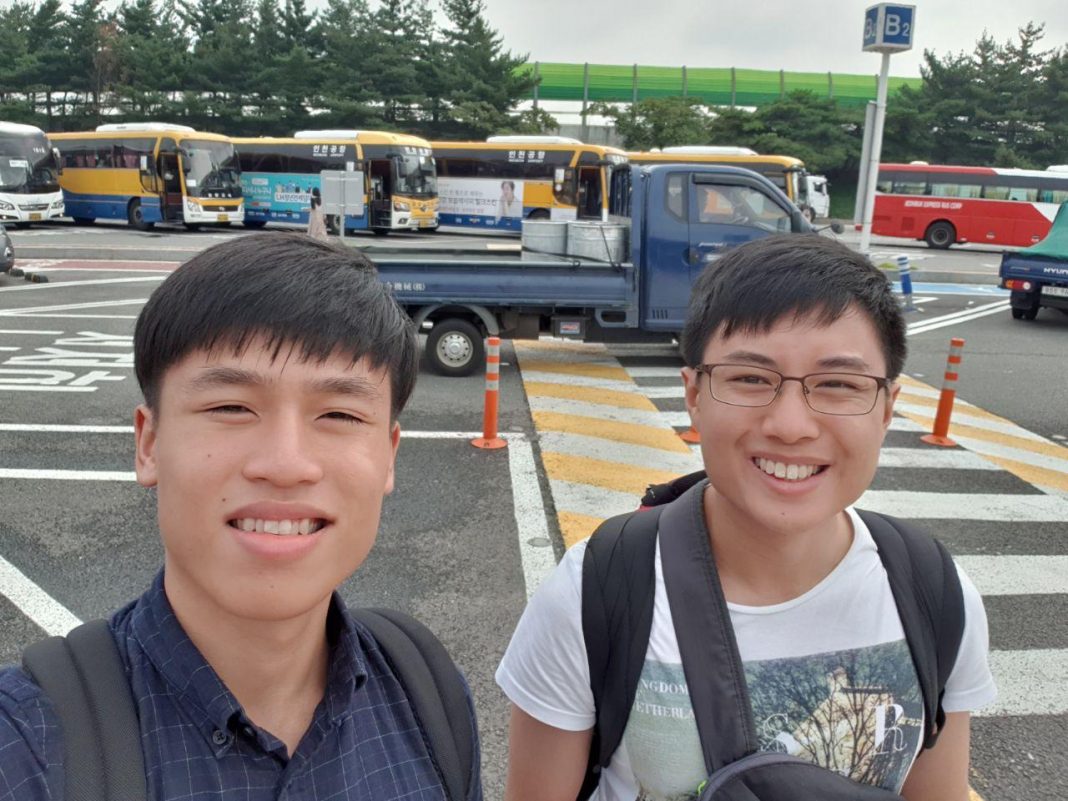 A journey of a thousand miles

A trip months in the planning finally come to fruition. I was doing an official internship over summer, so I really didn’t have much time to take a breather before having to prepare for exchange. In fact, I had to take leave in order to attend the orientation programme at KAIST (worth it by the way, there’s a lot of administrative things to settle).

On the 28th of August 2019 (note: 3 weeks before term 6 would have started), after a round of handshakes and well wishes, I returned my access pass and left SAP. A couple of hours later, I was hugging my family goodbye at the airport. Now, the time had come for me to leave Singapore too.

I boarded my 11pm flight, absolutely exhausted from the day’s events. I managed to fall asleep on the plane, but not without a sense of quiet excitement for adventure that lay ahead.

We (Nicholas and I) arrived at Incheon International airport at around 6am, Korea time. Now, all we had to was get to KAIST. We followed the instructions given in the KAIST website https://io.kaist.ac.kr/menu/io.do?mguid=E940EAEC-15E5-E511-9407-2C44FD7DFE1D , which told us to purchase a ticket at the counter outside arrival terminal (note: the counter on the inside is more expensive).

So, I stepped up to the counter. “Annyeonghaseyo, do you speak English?”, I asked. “A little”, came the reply. After a full minute of charades, pointing and sheepish smiles, we had purchased our ticket. I silently wondered how I was to survive in this country for the next 4 months.

We thoroughly enjoyed the comparatively smooth bus ride (in contrast to the aircraft), and wisely used this opportunity to catch a few more winks of sleep.This was an intercity bus, so, that means that it can bring you to Daejeon, but not right up to KAIST. To solve this last mile problem, we had to take a taxi.

Getting to KAIST from Daejeon Government Complex

There are a couple of options for this. First, you can take a taxi from the taxi stand, a little up ahead from where we alighted at “Daejeon Government Complex”. The trouble with this option is that you have to explain to the taxi driver where exactly in KAIST you want to go. Now, that wouldn’t be a problem say in SUTD. But for KAIST, that’s a totally different story.

Option 2,  download this app called KakaoT, which is the Uber or Grab of these parts, and choose where you want to go from the app. Do note that you can’t pay via a credit card unless you have a Korean number. I further expound this in my post on “Survival Korean apps and items”.

Getting Administrative matters sorted out

We decided to check in first to our 500,000KRW/term dormitory first. And to pick up our registration packet from the International Scholar and Student Services (ISSS, or called “I-triple-S”) at W2-1 later in the afternoon. It turned out to be a pretty good choice, as later we met a bunch of other exchange student dragging their 40 kilos of luggage from the office to their dormitory.

After collecting our registration packets, we had a quick 4,500KRW lunch at the W2 cafeteria. While I wouldn’t describe it as gormet, it served its purpose of filling our bellies so we could quickly shower and sleep.

This marks the end of the first day of my exchange adventure. I hope, you’ve enjoyed reading about it thus far. Just a note, in the future, I’ll be arranging my posts categorically instead of chronologically. So do check my old posts for updates if you’d like to find out more about KAIST!