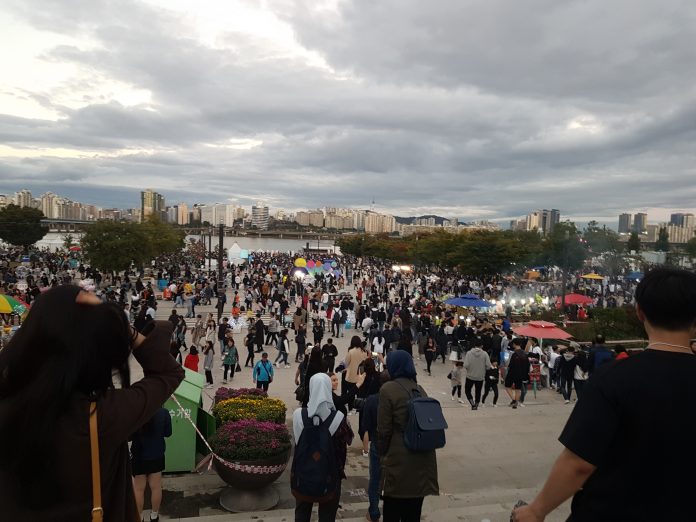 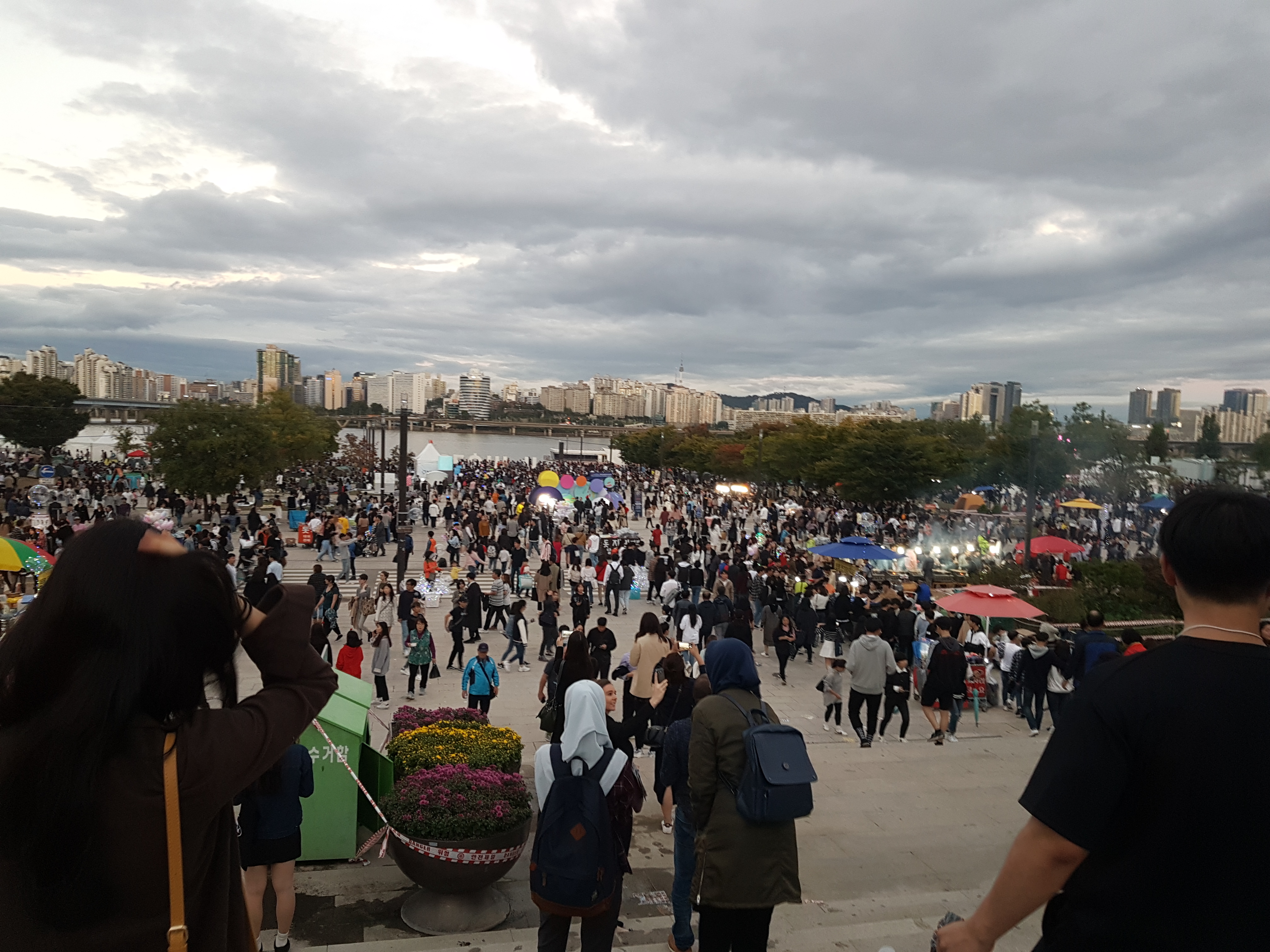 On 6th October 2018, it was the international fireworks festival in Seoul. There was spectacular displays along the Hangang river with both daytime and night displays.

However, I only made it to the night display. Taking a train down to Yeouinaru station, it was so crowded that you could barely move without touching from elbow to elbow with the other pedestrains.

The park situated right along Yeouinaru station is just a couple of min of walk away. There were plentiful of options for food, drinks and artisanal handicrafts all along the park. 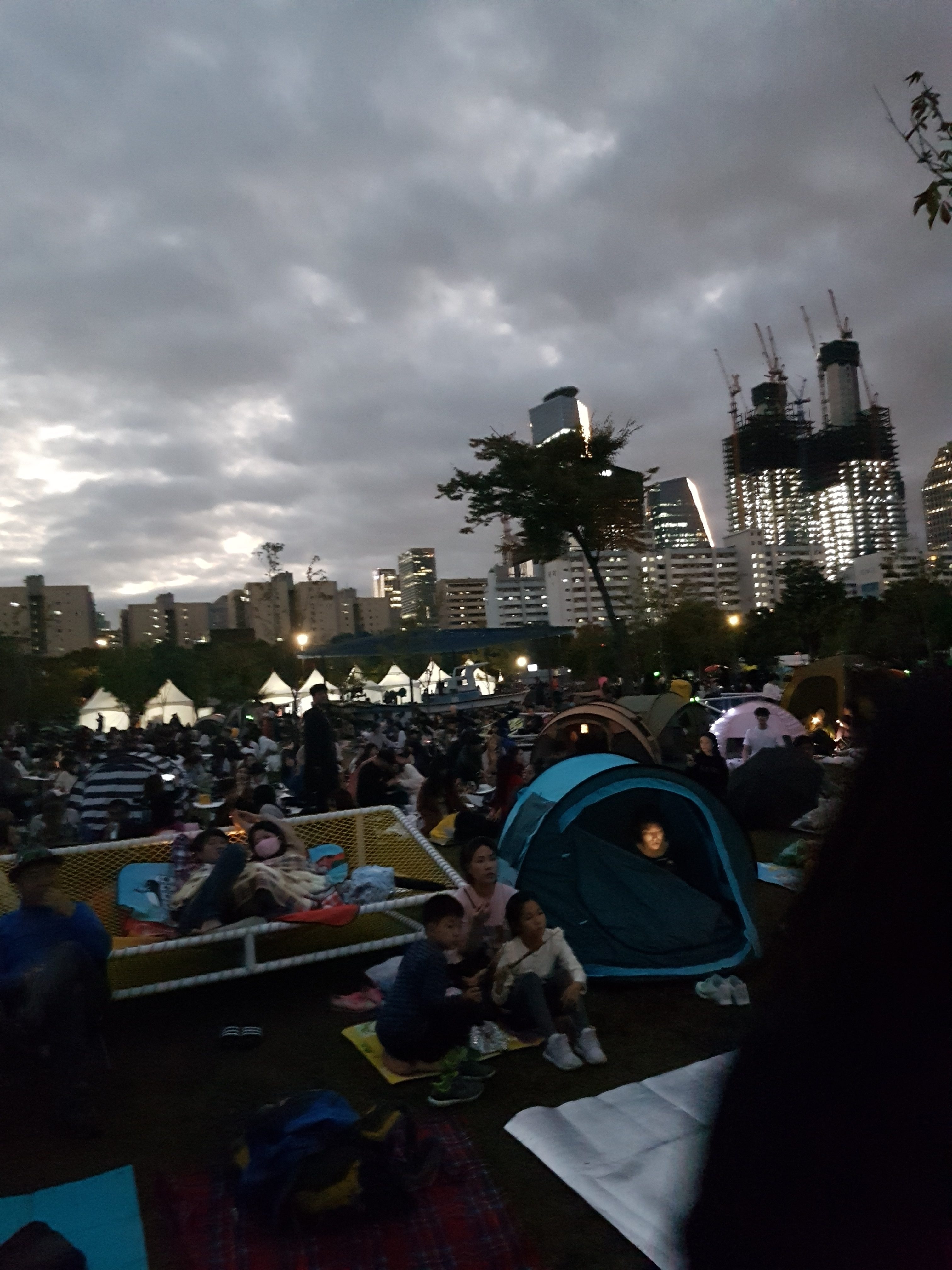 Families and friends laid pinic mats all over the grass patches as the feast on typical Korean Cuisines like Korean Fried Chicken and other take away food.

There were mutiple displays from different countries and each display had a different touch to it.

The only down side to this wonderful night was the heavy traffic going into and out of the park when it ended. The buses were confusing as many of them were being re-routed. Fortunately we had a friend who could speak and read Korean so we were able to navigate out of the area. 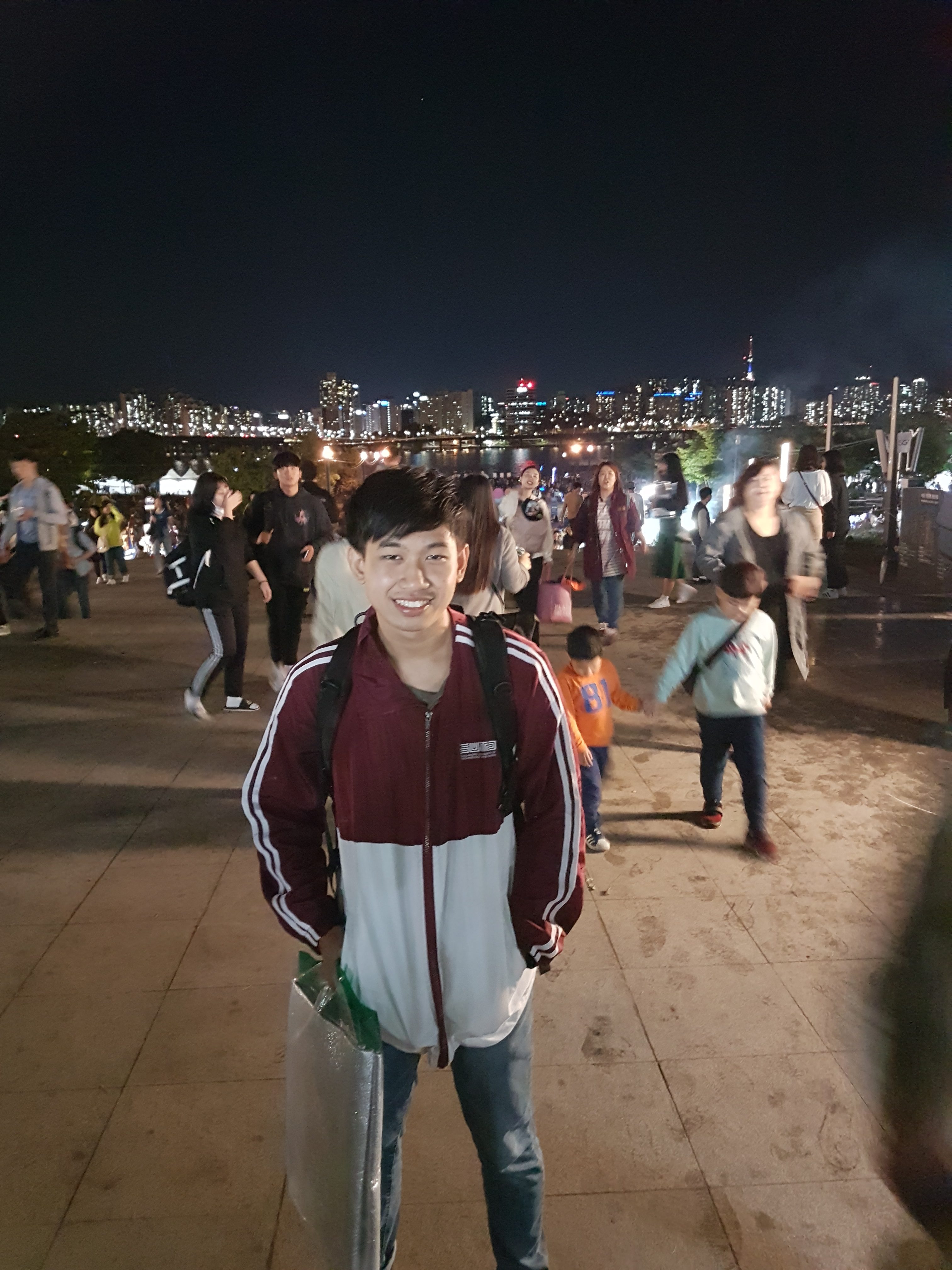